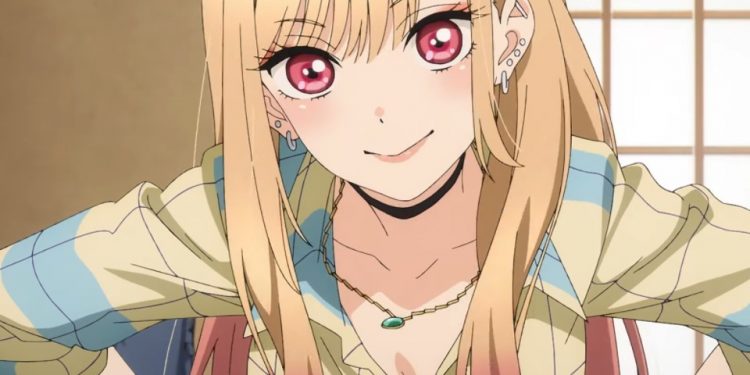 My Dress-Up Darling Episode 2 reveals the beauty of mysterious Hina dolls. A young boy glared at the Hina doll, and the old geezer told him that he had crafted the Hina dolls. The old geezer told the boys that he would become like him if he practiced crafting Hina dolls. My Dress-Up Darling reveals the tale of a young boy who wants to become a Hina craftsman doll. One day the boy continues to pursue his dream, but a girl arrives and asks him why he liked girl’s dolls. She scolds him and reminds him that he should behave like a boy.

The girls told Waakana that she hated him and ran away. Wakana wonders if he should stop pursuing his dream. After a few years, Wakana wakes up and looks at the Hina dol he created, but it is incomplete. That Hina doll reminds him of the days, he quit making Hina dolls. Wakana admits that the Hina doll is still beautiful as ever. He met with his grandfather, and they did morning prayers then breakfast. Gramps wonders if Wakana worked hard last night. Wakan reveals that he painted many Hina dolls since his brush wouldn’t stop.

But he worried that he could not reach Gramps level. Gramps reminds him that he has been doing that for many years, taking time. Wakana thinks that it is 47 years, and his Gramps told him to add another year, and it will be 48 years. Gramps reminds Wakana that he didn’t even master making the Hina dolls’ faces or costumes. Wakana admits that he has a lot to learn, and Gramps told him to relax and focus on his schoolwork.

Previously on My Dress-Up Darling Episode 1

Gramps asks Wakana about making friends, and Wakana coughs after realizing that it is challenging for him to socialize. Wakana wonders why Gramps came up with that idea. Gramps realizes that all the time, he sees Wakana with Hina dolls. Wakana told him that he has a lot of friends, but they are busy with clubs. Gramps is glad that his grandson had friends. Wakana headed to school and met with girls who talked about hating the first period. A handsome guy touched Wakan and apologized since he thought Wakana was his friend.

Wakana realizes that he has lied to his Gramps, and he hasn’t made a single friend in his life. Wakana enters the classroom and sits alone, realizing that his dream is to be a Kashirashi for Hina dolls. His hobbies are creating Hina dolls; he heard other students talking with their friends about what they did after school. Wakana realizes that there is no need for him to befriend anyone since he might make things uneasy. But a girl named Marin falls near him and talks with him. Wakana was scared and told Marin that he was okay.

Marin leaves with her friends and wonders why Wakana always stays alone. Wakana realizes that Marin talked with him for the first time, and she is the center of attraction. He wonders if he should look at Marin while talking with her friends. They talked about a guy who tried to get Marin’s number using lame punchlines. But Marin scolds that guy and leaves the shop, and Marin’s friends think she is an ice queen that is heard to break. Wakana realizes that Marin is living in a world where she has accepted. After school, Wakan remains inside the class alone.

My Dress-Up Darling Episode 2 will be released on 16 January 2022. Marin returns and finds that Wakana was cleaning the classroom alone. Wakana wonders if she has forgotten something. Marin helps Wakan clean the class, but they can’t utter a word to each other. She talks with him and realizes that other guys take advantage of Wakana’s kindness since he always cleans the class alone. Let’s look at My Dress-Up Darling Episode 2 official details.