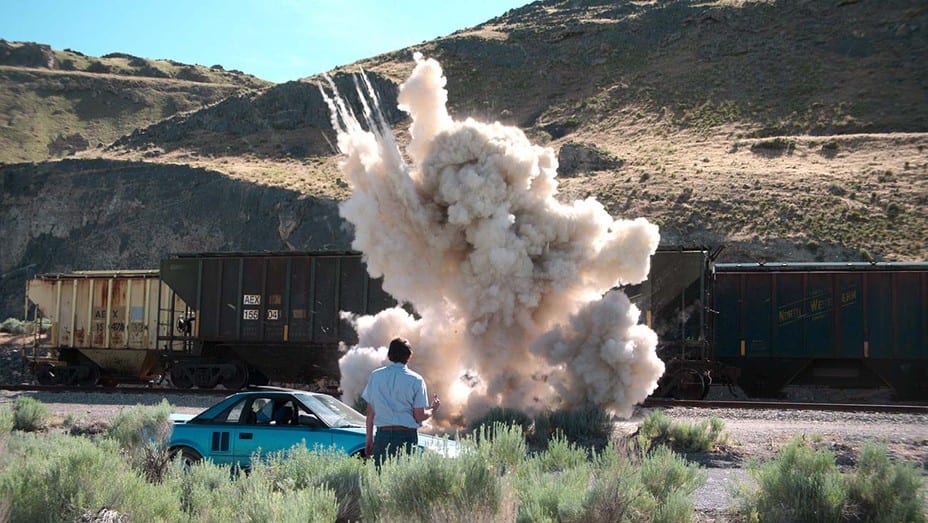 Murder Among the Mormons is a true-crime documentary TV miniseries. The documentary follows a series of deadly Utah bombings of 1985. At the center is Mark Hofmann, infamous as one of the most known forgers in history. He is most notably known for his forgery of documents related to the Latter Day Saint movement. Joe Berlinger sits at the chair of executive producer. The documentary series pans across three episodes. Each episode is almost an hour-long — something that has been a reason for its negative reception. The series was released on Netflix on March 3, 2021. The series’ inception took place in 2017. Directors Jared Hess and Tyler Measom researched and reached out to the people related to the incident. The series was originally planned to be a 6-parter, however, it was later shrunk to 3 episodes.

The series focuses on Mark Hofmann. He is regarded as one of the most successful forgers in history. One of his most notable notorieties is that of forging documents related to the Latter Saint Day movement. But the series also focuses on another, more insidious crime. Hofmann created bombs that consequently led to two deaths. He was eventually caught and sent to prison. The series is created and directed by Jared Hess (Napoleon Dynamite) and Tyler Measom (Jesus Town, USA). Murder Among the Mormons has received largely positive reviews. The subject matter of the documentary is very intriguing and one that appeals to those true-crime cravings of ours. The series is gripping and fairly competently made. Hess and Measom bring their creative flair and do a couple of new things with the series. 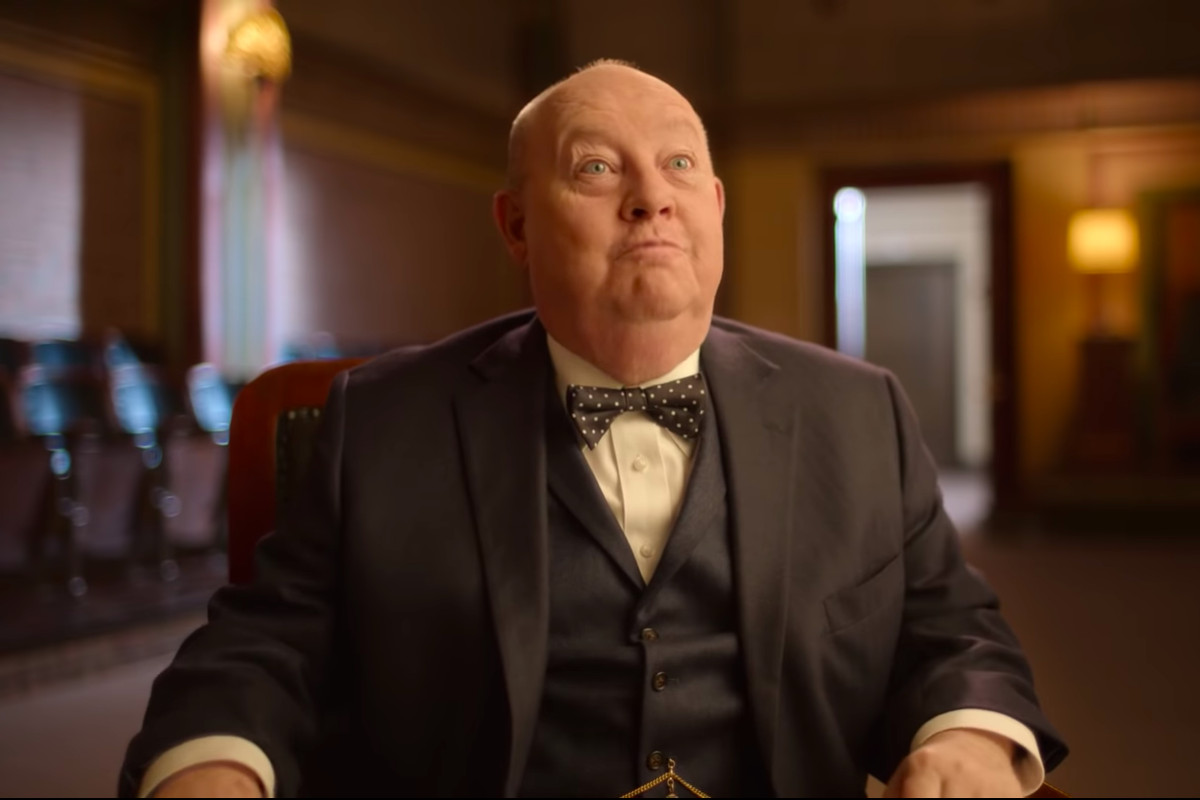 Murder Among the Mormons is a thrilling 3 part documentary.

Murder Among the Mormons — Plot Details and The Central Character

The documentary is based on the forgery and then murder committed by Mark William Hofmann. He is an American counterfeiter, forger, and also a convicted murderer. Mark is regarded as one of the most successful forgers in history. One of his most notable crimes, and one that the series is based on, is his forgery of documents related to the Latter Day Saint movement. His crimes catapulted from forgery and counterfeit to murder when his schemes started to get exposed. As a result of this, he created bombs with the aim of killing three people. On October 15 of 1985, the first two explosives killed two people. After that, on the very next day, his third bomb accidentally exploded inside his car. This eventually led to him becoming a suspect for the previous bombings.

Hofmann was born in Salt Lake City, Utah. He was raised in the Latter Day Saints church. His parents were two devout Christians. Not exactly an academic scholar, he had many hobbies growing up. One of these hobbies included forging and making bombs for fun. It is said that he and his friends used to make bombs for fun in Murray Utah. As per Hofmann, his chronicles in forgery began with him forging a rare mint mark on a dime. At this time, he was just a teenager with a hobby of collecting stamps and coins. However, his forgery skills were already outmatched. Apparently, an organization of coin collectors was convinced that the forged coin was genuine. 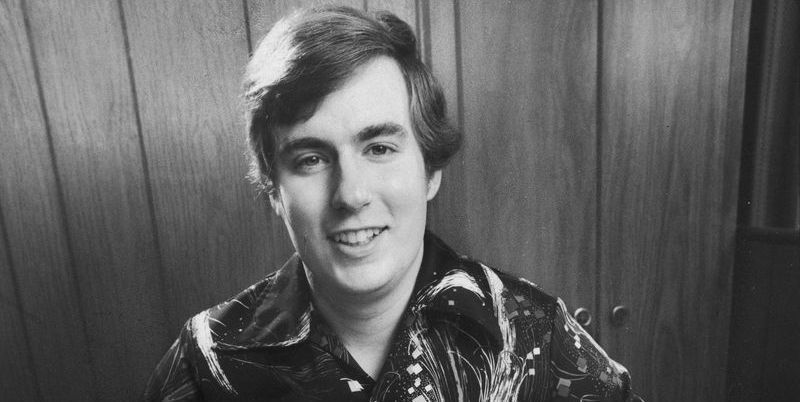 Murder Among the Mormons follows the true-crimes of Mark Hofmann.

Beginning of the forgeries and the eventual bombings

As was the trend back then, young men in the LDS church volunteered to become LDS missionaries. Hofmann volunteered to spend two years for the same. In 1973, he was sent to England for missionary work by the church. While there, he started having an interest in books related to Mormonism and also its critiques. After the mission in England, he returned and enrolled as a pre-med major at Utah State University. Some of his most notable forgeries include the Anthon Transcript forgery, Joseph Smith III blessing, and Salamander letter, among others.

Eventually, the forgeries led to murders. Even though he made a fortune selling forged documents, he was in a lot of debt. That debt was a result of his extravagant and lavish lifestyle. To get rid of those debts, he decided to sell the “McLellin collection”. The caveat is that he had zero ideas as to what that McLellin collection was all about. Add to that, the lack of time, he began his bomb-making phase to buy more time. On October 15, 1985, Steven Christensen became Hofmann’s first kill. On the same day, he killed Kathy Sheets with a second bomb. And then, he axed his own foot when the third bomb exploded inside his car. The explosion left him badly injured and becoming the prime suspect for the previous two bombings.

The police conducted investigations into the bombings and discovered incriminating evidence against Hofmann. They found forgery-related evidence in his basement. The police also got their hands on the plant that was used to engrave the forged plate for the Oath of a Freeman. After these discoveries, professional document examiners were brought in. The documents that were deemed as original, were put under heavy scrutiny. The exhaustive examination revealed that the documents were indeed forged. Hofmann was subsequently arrested in January of 1986. He was arrested on the counts of first-degree murder, constructing a bomb, theft by deception, and fraud. He initially pleaded innocence, but the prosecutors soon produced incredible amounts of incriminating evidence against him. Prosecutors claimed that the church worked a great deal to make the investigations difficult for them.

Considering the grave crimes committed by Hofmann, he was sure to get a certain death penalty. He eventually pleaded to many of the counts, including two for second-degree murder, two for theft, and one count of fraud for selling McLellin collection. But, he got off with a plea bargain. Hofmann agreed to confess the forgery crimes. In exchange for that Utah and New York withdrew the additional charges against him. However, in 1988, in front of the parole board, Hofmann said that killing Kathy Sheets with a bomb was merely a game for him. He said that his philosophy was that the dead don’t matter to him. His apathetic nature towards human life led to the parole board’s decision of having him imprisoned for his entire life. Following his imprisonment, Hofmann was excommunicated by the LDS. His wife soon filed for divorce. He also tried committing suicide but was revived.

Murder Among the Mormons is the latest addition to the impressive Netflix catalog of true-crime documentaries. The documentary series is based on an intriguing story. The Church, Mormons, Forgery, Bombings, and Killings are what give the story a thrilling grip. This documentary is reminiscent of others that came before it. Some similar documentaries include — “Night Stalker: The Hunt for a Serial Killer,” “Making a Murderer,” and “American Murder: The Family Next Door.” Jared Hess and Tyler Measom bring their filmmaking panache to the table. The documentary consists of exhaustive amounts corresponding archival footage. The interviews with related people like Shannon Flynn and Hofmann’s wife also make the documentary. It also used audiotapes and home videos to its advantage. There’s also a fair bit of re-creation of events. 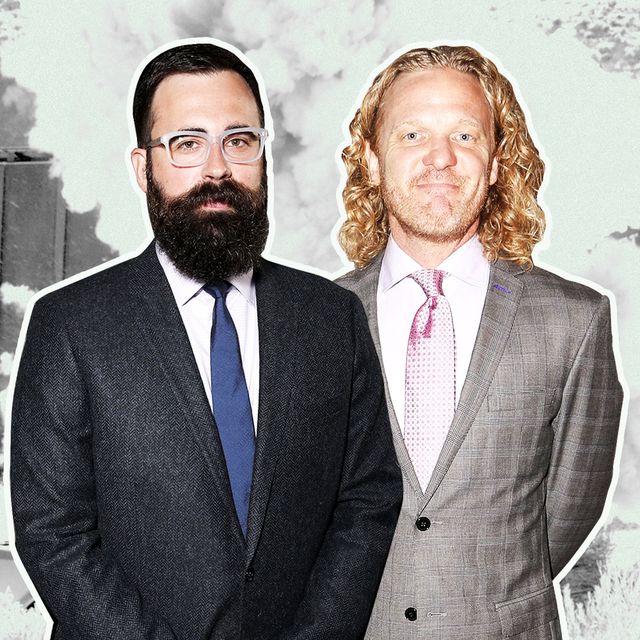 The documentary is co-directed by Jared Hess and Tyler Measom.

The documentary does a great job at story-telling through a series of interviews with historians, investigators, experts, and other crucial figures. However, the three-part series can overstay its welcome at times. At almost 1 hour mark each, the episodes can feel rather tedious. What can be communicated within an hour takes so much unnecessary time, resulting in it dragging every so often. That said, I think the documentary does a phenomenal job at showcasing the influence of dogma. It is very interesting, especially for the younger generation, to learn about these events. One of the comments that the documentary makes is on the manipulative power of conmanship. It creates parallels between Joseph Smith — the founder of Mormonism, and Hofmann. The link between the two is implied to be that of conmanship.

Murder Among the Mormons is currently streaming on Netflix.