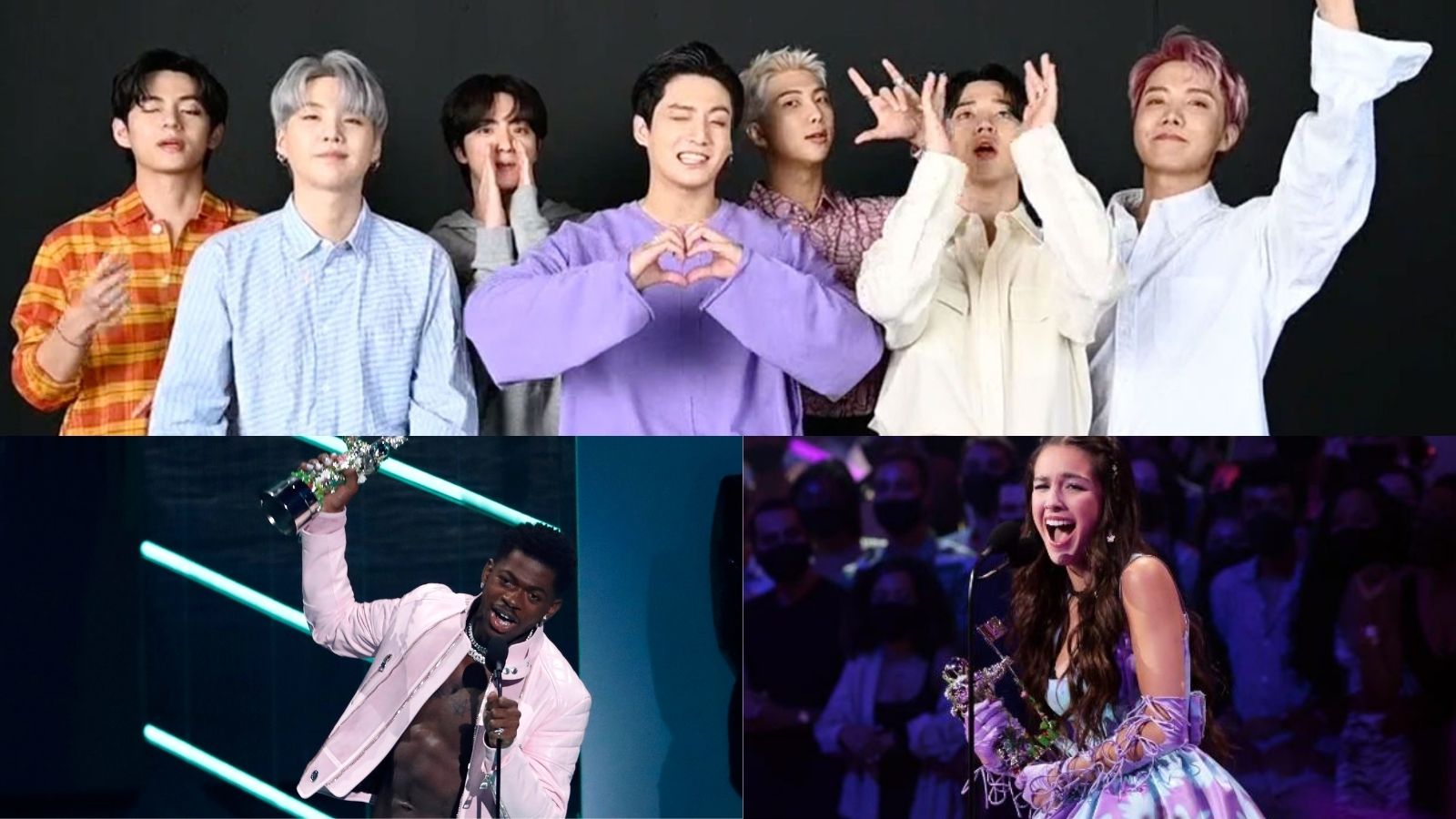 MTV VMA 2021 Winners were announced last night, and the music fans had the time of their lives with the best live performances. On Sunday last night, MTV Video Music Awards celebrated their 40th anniversary. Several artists adorned the night with their hit songs and performances. Besides that, Lil Nas X, Olivia Rodrigo, BTS, and Justin Bieber bagged the most. However, Lil Na X took home the most prestigious Award: Music Video of The Year for MONTERO.

The list of artists who performed at the MTV VMA includes Twenty One Pilots, Camila Cabello, Chlöe, Ed Sheeran, The Kid Laroi (with Bieber), Kacey Musgraves, Jack Harlow (with Lil Nas X), Shawn Mendes, Machine Gun Kelly, Travis Barker, Normani and Ozuna. Host of the night – Doja Cat– also set the stage on fire with her performances on Been Like This and You Right. The Kiss Me More singer handled double duty really well with her incredible hosting and out-of-the-world stage. 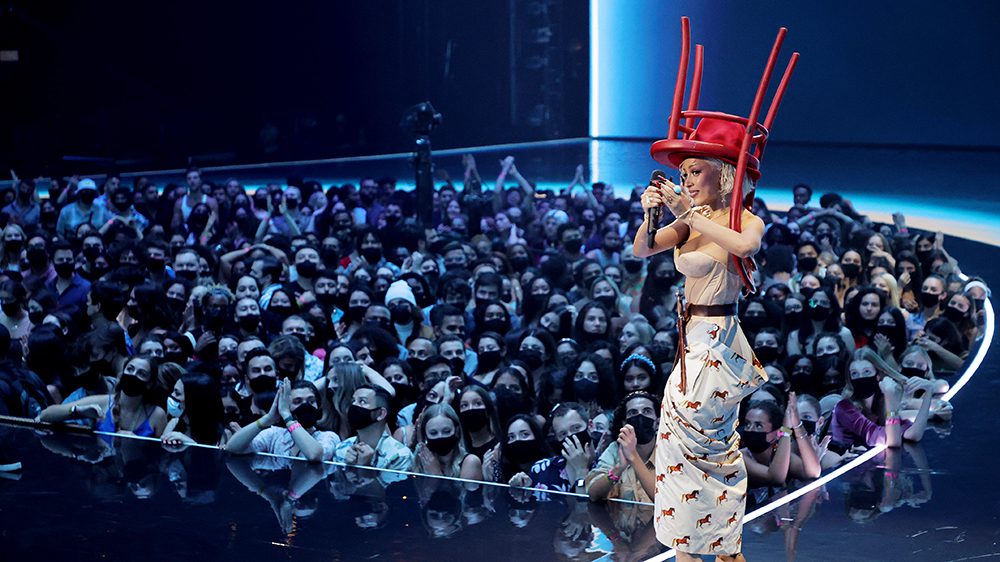 While the trending musicians shone brighter than stars, the event elevated with the presence of idols like Madonna and Cyndi Lauper. Moreover, the night ended with MTV’s first video, “Video Killed the Radio Star,”  by The Buggles playing during the end credits. Indeed, the night was wholesome.

Just like the artists, their fans also wait for the big night. With nominations revealed almost a year ago, the wait comes to an end. Although people keep track of all the major categories, it’s hard to keep up with the complete list. But, don’t worry, we got you covered.

VIDEO OF THE YEAR

ARTIST OF THE YEAR

SONG OF THE YEAR

PUSH PERFORMANCE OF THE YEAR

GROUP OF THE YEAR: BTS

Taking place at the Barclays Center in New York City, VMAs 2021 turned out to be one of the most significant music award events. The MTV Music Video Award stage was set to fire with fantastic performance, but the acceptances speeches were equally influential. Doja Cat made her hosting debut, while Olivia Rodrigo and Justin Bieber inaugurated the performance stage.

Rodrigo has been hitting the top spots since her debut, and at the VMAs, she proved that she is not really a ‘debut’ artist. The singer performed to ‘Good 4 U’ and charged us with passion. On the other hand, Bieber made his first VMA appearance in six years. He increased the fun with his amped ‘Ghost’ performance. Speaking of firsts, Kacey Musgraves made her VMA performance debut as well. The 33-year-old singer lit up the stage to turn it into ‘Musgraves’ land. And, we can’t wait to get in.

Finally, don with the firsts comes a second. Twenty One Pilot’s Tyler Joseph announced in-between their performance that her wife is pregnant with their second child. And, we believe that was definitely the most precious moment of the event.

Billie Eilish gave a beautiful speech on how women need to be appreciated, while Kpop boyband – BTS- thanked their fans for winning three awards. The night ended after the rocking event, but if you missed it, you need not worry. Catch all the fun from VMA 2021 here.