Mrwhosethebose, the channel of Arun gained 1 million subscribers on February 15, 2018. 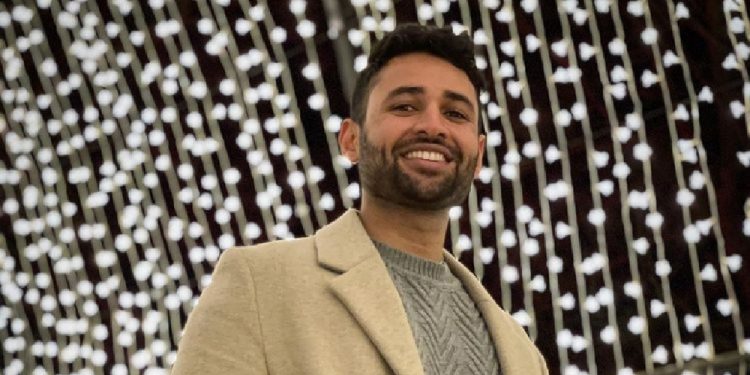 On October 24, 1995, Arun Maini was born and turned 26 years old in the year 2021. Arun’s zodiac sign is Scorpio. He is known as the UK’s leading YouTuber when it comes to new gadgets and technology. After graduating from Nottingham High School, he completed his formal education at the University of Warwick. He holds a bachelor’s degree in economics (First Class Honors). Do you know who Mrwhosetheboss’s Girlfriend is? Well, We will take a look at it here.

Arun Maini’s father’s name is Dinesh Maini, whereas his mother’s name is Malti Maini. His father is a cosmetic director. In addition, his mother is the director of the Zenith Cosmetic Clinic. He also has a younger sister named Aanavee Maini and a younger brother named Karan Maini. Maini graduated from the University of Warwick with a degree in Economics with first-class Honors in the year 2017. Arun continued to work on his YouTube channel alongside his education and, after graduation, turned down a job offer from PWC and began working full time on his YouTube channel.

Mrwhosetheboss is currently involved in a relationship with his girlfriend. Up till now, he has not found the courage to say her name out loud. However, on December 12, he posted a photo of the two holding hands as they looked away from the camera. His partner was wearing a red spaghetti dress, and her hair was down to her shoulders.

Her hand was firmly holding Maini’s left hand. At the same time, her right hand was wearing a light-colored wristwatch. Arun wore a long-sleeved white shirt that wrapped his body, paired it with checkered pants. After Mrwhosetheboss posted this photo, fans got their answers. Even so, they dig to find out the names and identities of his lover. As a thank you to viewers, he posted a video on YouTube explaining 50 facts about himself.

Also Read: Who is Patrick Martens’ Partner? All About His Present Relationships!

Arun Maini was struggling at school when his brother gave him his first Android phone, the Orange San Francisco ZTE Blade. Arun was impressed with the phone which he decided to go ahead and understand the technology better. Eventually, he learned everything related to Android phones – from customizing phones to improving their performance. On April 22, 2011, Maini uploaded his first YouTube video explaining how people can optimize the performance of their smartphones. He first started making videos to share his knowledge with everyone, but soon YouTube became more than just a purpose for him, and he started uploading more videos to the channel.

The main problem he faced was the financial security of obtaining and testing the latest equipment. As a result, he often borrows new equipment from friends to check or inspect the equipment he owns. In August 2015, Arun shot a video explaining how people can turn their smartphones into hologram generators. The particular video went viral and was viewed more than 300,000 times overnight. Several companies contacted Arun to discuss this technology and are continuing to work on it. After years of hard work, Arun has over 5 million subscribers (and counting) on ​​his channel.

Some Interesting Facts About Mrwhosetheboss

Mrwhosethebose, the channel of Arun, had gained 1 million subscribers on February 15, 2018. Arun won the title of “UK’s Best Tech Youtuber” for his extensive reviews and informative videos on the latest smartphone industry products. He even posted a video expressing his views and opinions on the upcoming trends in the technology industry. Arun Maini came forward to work with several other YouTubers, such as Indian YouTuber Gaurav Chaudhary, who is also known as a Technical Guru.

He has also attended several launch events with fellow YouTubers, such as Canadian YouTuber Lewis George Hilsenteger, who runs the Unbox Therapy channel. Arun has also been featured on Good Morning America, The Huffington Post, The Daily Telegraph, Business Insider, The 6:30 Show, and BBC Radio for his technology YouTube channel. In 26 years, Mrwhosetheboss has achieved great success with a net worth ranging from $1 million to $1.5 million. He also receives sponsorship by Instagram for around $895.

Also Read: Erik Menendez’s Net Worth: All About the Family’s Wealth