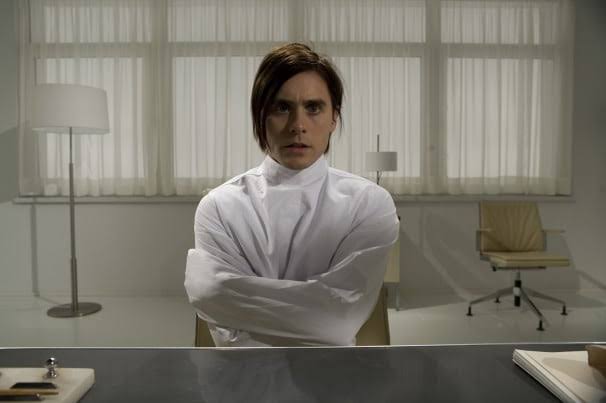 Mr. Nobody is a 2009 science fiction drama film. The film is written and directed by Jaco Van Dormael. It stars Jared Leto, Sarah Polley, Diane Kruger, Linh Dan Pham, Rhys Ifans, Natasha Little, Toby Regbo, and Juno Temple. The film follows Nemo Nobody who is a 118-year-old man in 2092. The world has evolved dramatically in terms of life expectancy. Humanity has achieved quasi-immortality. Nemo is the last surviving mortal among the almost immortal world. Nemo’s memory is riddled with lapses now and his accounts of his own life seem contradictory. He describes three important junctions in his life. He talks about his parent’s divorce and the subsequent choices that it produced for him. For each choice, he had a distinct course of life with a distinct live interest.

Mr. Nobody first premiered at the 66th Venice International Film Festival. The film did great at the festival, winning the Golden Osella and the Biografilma Lancia Award. The critical reception to the film was overwhelmingly positive. The critics praised the sci-fi for its narrative and tackling deep themes and philosophies. Some even regard it as the best European sci-fi ever made. Jared Leto’s role as Nemos at different stages of life was praised for being played with great skill. Besides Leto, the rest of the cast does a great job as well. The film went on to win a series of awards including 6 Magritte awards. The film has gained a cult-hit status among film peers and fans. Its unique cinematography and deep subject matter have appealed to many since its release. 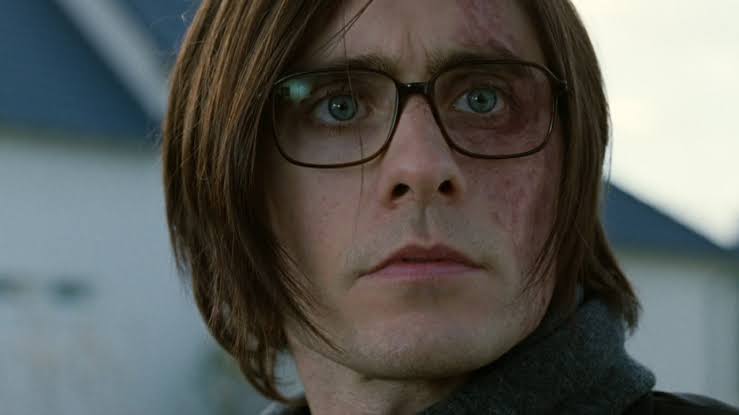 Mr. Nobody — Plot Details and Explanation

The year is 2092. Humans have bested mortality, well, not exactly but enough to keep it at bay for ridiculously long times. It is achieved through an endless renewal of cells. Amidst the quasi-immortal populace, however, survives the only mortal man — Nemo Nobody. Nemo is a 118-year-old decrepit and dying man. And the world alien to natural death now is intrigued by his impending mortality. With the collective fascination about the world’s pre-immortality, Nemo is interviewed by a journalist. The nervous young journo, Daniel Mays, interviews the supervision of a psychiatrist, Dr. Feldheim. The psychiatrist employs the use of hypnosis to help him better retain certain memories. However, his statements about his life events are contradictory. He recalls three main junctions — age 9, time of his parents’ divorce; age 15, the time when he fell in love; age 34 when he is an adult.

Nemo also explains that children have memories of what all is going to happen in their lives. However, at the time of conception, the Angels of Oblivion erase their memories. In the case of Nemo, though, the Angels forgot to do that, making him remember all his various probable futures. Then we jump to when Nemo is 9 years old. He is at a railway station with his father and mother. He is to make a very difficult choice — to go board the train with his mother or stay with his father. The two choices play out throughout the film, one in which he chooses his mother, in another, he stays with his dad. The two choices branch out into different outcomes and timelines for him.

Living with Her Mother and Meeting Anna

Then we see the different outcomes and alternate lives he goes through after choosing his mother. We see him as a teenager now, living with his mother in Montreal, US. There, he encounters a girl named Anna. He is immediately head over heels for the girl. One day, Anna asks him to join her and her friends for a swim. But Nemo later insults her friends at the beach and the two don’t see each other very often after that. In an alternate timeline, Nemo doesn’t insult her friends and instead admits that he cannot swim. Following this, the two spend some time together and fall in love. In a twist, Anna turns out to be Harry’s daughter, the guy Nemo’s mother is living with now. The two step-siblings are in passionate love with each other anyway and promise to grow old together.

Harry and Nemo’s mother eventually break up and Anna goes to New York with her father. The two lose contact. Years pass, and the two bump into each other at a train station one day in New York. They instantly recognize each other and have a passionate reunion. However, Anna tells Nemo that she’s not ready to continue a relationship with him just yet. She hands him her contact number and asks him to meet her at the lighthouse in two days. However, when the paper gets doused by a sudden downpour, the number becomes indecipherable. Nemo still goes and visits the lighthouse every day, but Anna never turns up. In an alternate timeline, Anna and Nemo are married and have children. That doesn’t last for long either. Nemo swerves of the lane one day and drowns in a lake inside his car. 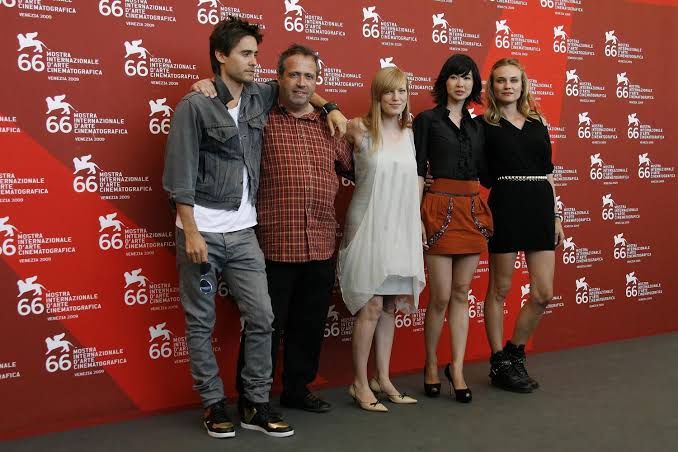 Mr. Nobody had a relatively less known cast of actors at the time.

We then witness how his alternate timelines would’ve played out, had he chosen to live with his father. Nemo is living with his father. His father later becomes disabled, working in a shop and working on a sci-fi story about a journey to Mars. Later, he meets Elise at his school dance and falls in love. A few days later, he finds her with her 22-year-old boyfriend. Sad and exasperated, he rash-rides on his motorcycle and meets an accident. In the hospital, he finds himself in a vegetative state, unable to move or speak but able to sensate. Nemo eventually true and regains the ability to move his fingers as the story cuts to black.

In a different timeline, he meets and starts talking with Elise. Knowing that she still loves her boyfriend, Nemo persists anyway. Eventually, Elise gives in to her feelings and the two marry each other. Elise dies in an accident on the way back from the wedding. A different timeline follows the two getting married and living with three children. However, the marriage is an unhappy and unstable one. Elise in this version of the event suffers from manic depression and borderline personality disorder. Despite her mental breakdowns and episodes, Nemo tries his best to keep things together and save the marriage. His attempts are to no avail as Elise finally leaves him to be with Stefano.

Jean, Reversal of Time and Choosing the Best Timeline

In yet another timeline, he marries the first girl that danced with him at the school dance, Jean. He marries her and has two children. This version also proves to be the most materially successful for him. He is a successful and rich person. Despite the riches, however, he feels empty inside. He ultimately leaves all in his will to Jean and the children. Now he lives like a vagabond doing everything based on a coin toss. This lifestyle eventually has him entangled with shady people. In a case of mistaken identity, he gets killed by two assassins in a hotel room. As he is traversing through different storylines and timelines, we see Nemo frequently waking up in a surreal bizarre world.

In 2092, Nemo tells the journalist that they are not real and that they only exist in the imagination of the 9-year-old Nemo. We then see the 9-year-old Nemo trying to visualize all the possible outcomes if choosing the options. In the end, he decides to take a third route. He doesn’t choose either of his parents and runs away towards a different future. Back in 2092, we see Old Nemo recalling his reunion with Anna at the lighthouse. Turns out, she did meet him at the end. Mouthing the name Anna, Nemo finally bites the dust. We then witness the contraction of the universe and the reversal of time. Nemo goes back in time and lives a life where he’s with his parents and Anna. The film ends with old Nemo laughing joyously realizing how he was eventually able to make the right choice and live a happy life.

Mr. Nobody — A Poignant Tale of Time and Choices

Mr. Nobody is a poignant tale of choice and causality. It tackles complex topics and deep philosophies through a competent narrative and imaginative filmmaking. It’s about the millions of choices we contend with in every-day life. These minute and seemingly inconsequential choices sometimes lead to transformative results. In that, the film tackles scientific concepts and theories like the butterfly effect. The idea that the smallest actions can trigger a huge chain-reaction leading to colossal events. The film also talks heavily about time and its linear nature. Like the film’s structure, however, Nemo can hop to different points of time and swerve through various timelines. 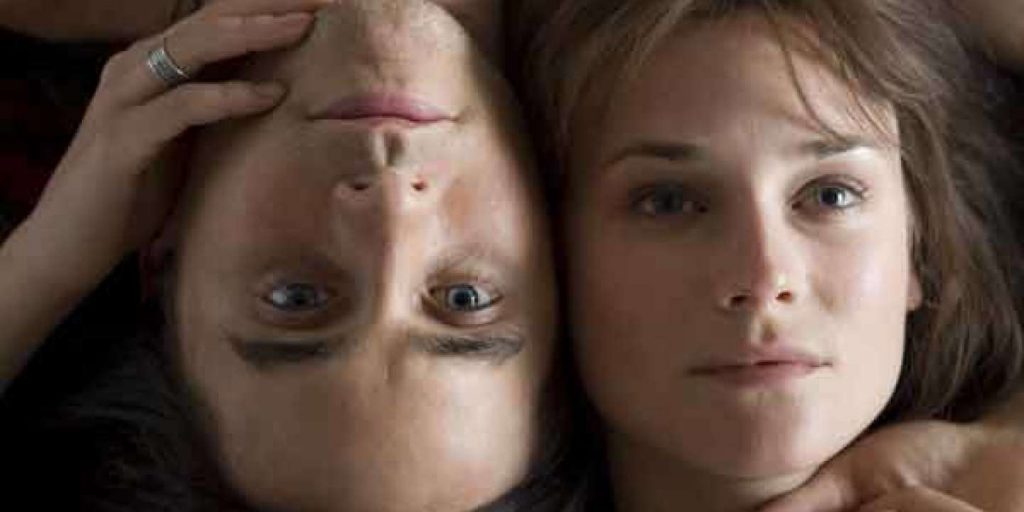 Mr. Nobody is a poignant and complex story about time, choice, and love.

The film is an intricately structured story about time and the human condition. Nemo has to contend with cause and effect like everyone else until he doesn’t. He can play out different futures in his head. He gets to see where the choice he makes will lead him too. And that’s what we all want to be able to do, don’t we? In the end, Nemo sees all the different outcomes of his choices and decides to make one have everything he desires for. What makes the film so great is how it’s able to weave together complex scientific concepts and theories and deep philosophies as well. The great acting by Leto only accentuates the relatability of the helpless and wandering character of Nemo to us — stuck in time, flowing in one direction, and wishing to break free and redo the choices and actions of our past.

You can currently stream Mr. Nobody on Netflix.