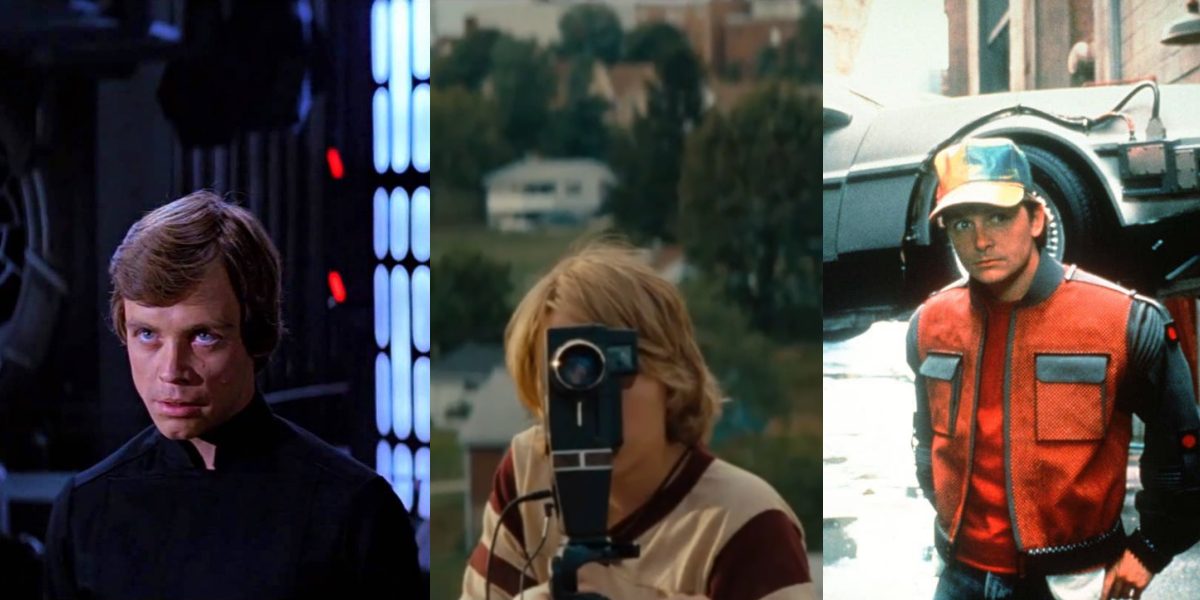 Stills from the movies that are similar to 'E.T The Extra-Terrestrial'

We are sure if you have watched E.T The Extra-Terrestrial, you must be on the lookout for similar movies. The movie is exceptionally good and has had a cult following for generations. It is about a harmless extra-terrestrial being stranded on Earth after being abandoned by his group of secret visitors. It is scared and alone and is fortunate to be discovered by Elliot. He is a ten-year-old sweet child who decides to take it in and name him E.T.

As our friendly planet transforms into a prison for the extra-terrestrial, filled with hazards and government agents, Elliot and his friends must quickly think about a method to return it to his otherwordly family. The movie answers the question ‘whether or not E.T returns to his home planet’. It is a sci-fi fiction movie directed by Steven Spielberg, and it was released on December 10, 1982. If you are a fan of E.T. the Extra-Terrestrial, you must check out similar movies like it below.

If you are someone who digs sci-fi movies, Star Wars is perfect for you. In this amazingly breathtaking third chapter of the ‘Star Wars’ epic, lightsabers dazzle. The Millennium Falcon flashes through space, and creatures from all across the galaxy defy the Galactic Empire. We then see the Rebellion preparing to attack Emperor Palpatine’s massive new Death Star. Han Solo is held captive by Jabba the Hutt. Along with him, Jabba the Hutt also kidnapped Princess Leia. 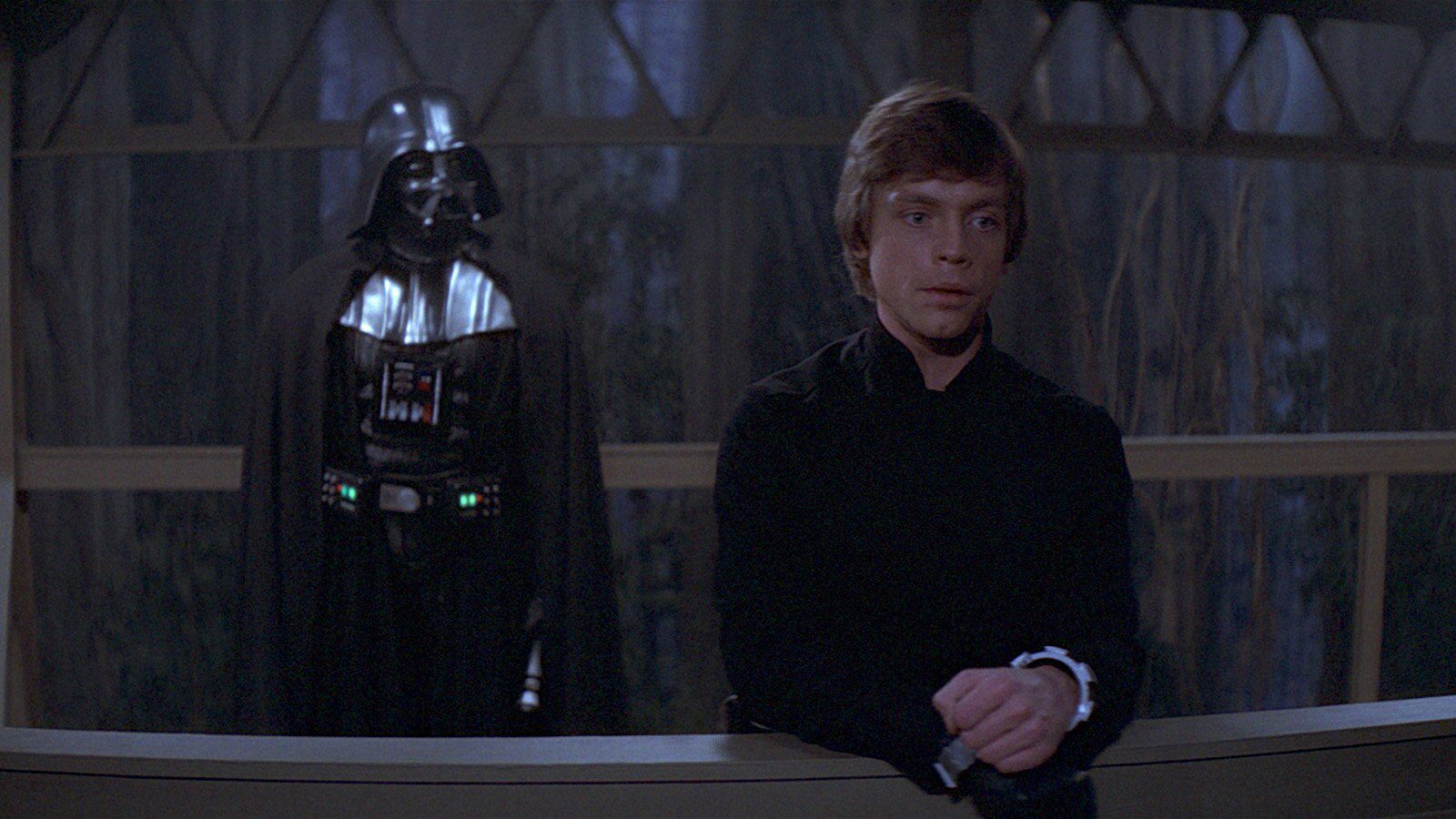 Guess who comes to the rescue? Of course, Luke Skywalker. However, he will not be considered a full Jedi Knight until he meets Darth Vader. He has pledged to convert him to the Dark Side of the Force. The movie is a classic and has a huge cult following. The people who enjoy sci-fi thrillers should definitely give it a watch.

Another fun movie for the lovers of thrillers would definitely be Super 8. The story is about six friends who spend the summer of 1979 using an 8mm camera to make a zombie movie. We see Joe Lamb being the ‘make-up artist’. He has a thing for a girl who is new to the group, Alice Dainard.

The main cast of Super 8

They watch one of their lecturers, Dr.Woodward, move his truck onto the track and drive into a trail. It derails, and yet the six friends kept filming the entire incident. They soon discover that an extra-terrestrial was transported on the train. It is now on the loose in town. You should check the movie out if you want to know what the ending is.

Another movie directed by Steven Spielberg is Jurassic Park. The movie follows John Hammond. He is a visionary billionaire and founder of the bio-engineering business InGen. It summons three specialists to view the wonders of the first-ever dinosaur preserve. They were going to build it in the hopes of assuaging investors’ fear. 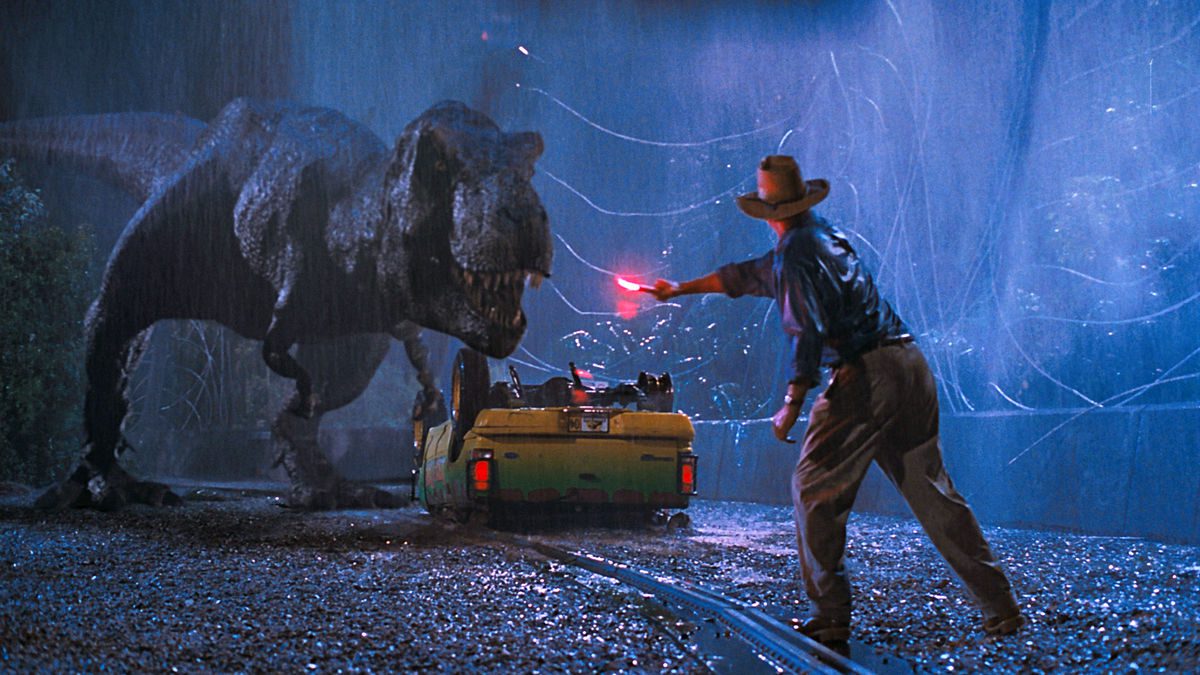 A still with T-Rex from the movie Jurassic Park

At first, we see the visitors of Jurassic Park very impressed and excited. However, soon, the excitement turns to pure terror when the paleontologist, Dr. Alan Grant, and the cynical mathematician, Dr. Ian Malcolm, come face to face with ferocious reptiles on the loose. There was a devastating malfunction there on the isolated island of Isla Nublar. The most dangerous dinosaur, the ultimate apex predator, Tyrannosaurus Rex, is on the lookout for meat. If you want to know whether the people in the park are being able to flee or not, you have to watch the movie till the end.

The storyline is set in the year 1985. Dr.Emmett L.Brown’s laboratory was visited by Marty McFly. He is a mild-mannered high school student. Marty wanted to experiment with an amplifier. He gets a message from Doctor. He asked Marty for his assistance with his latest creation. The creation was a time machine fashioned out of a DeLorean Sports Car. It can travel through time instantly when it achieves an 88 MPH speed. 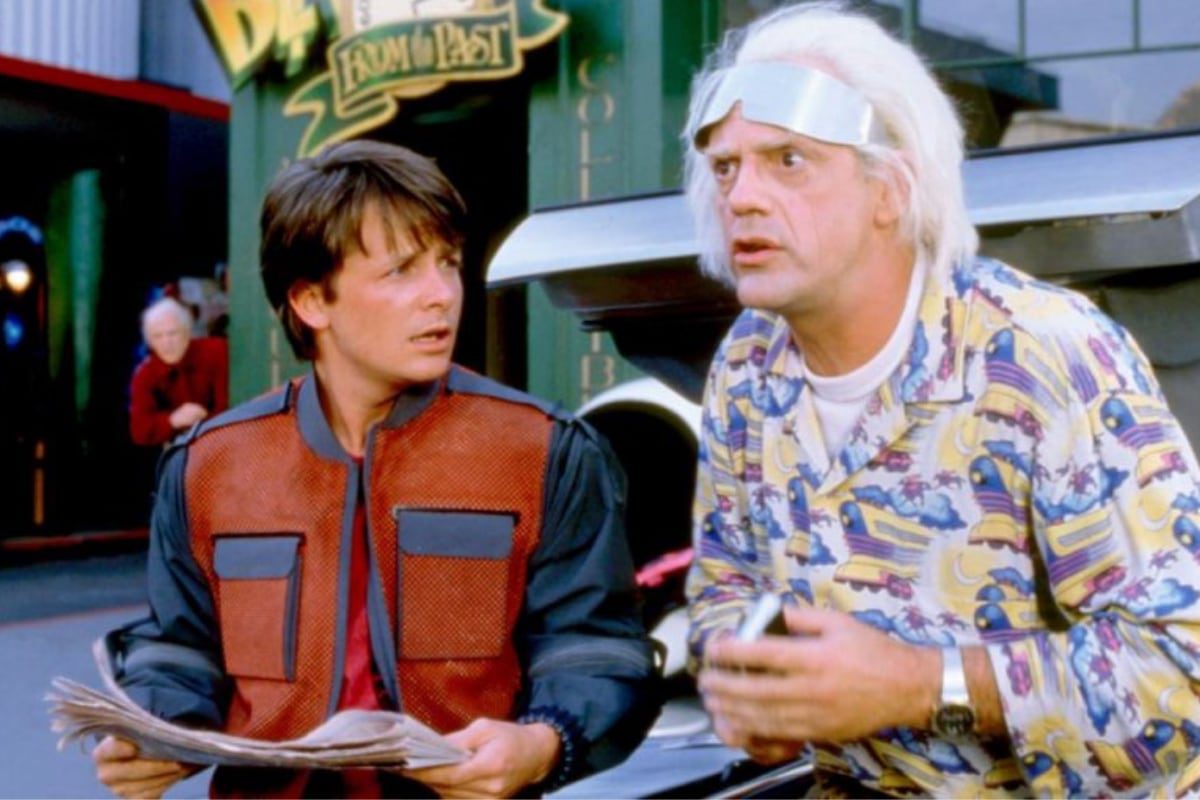 Marty and Doctor in Back To Future

We later see that Doctor is assassinated by Libyan Nationalists. Marty attempts to flee by using the time machine and travels back in time to 1955. He witnesses both of his parents as teenagers. Marty also disrupts his parents’ first meeting together. He later meets a younger version of Doctor. Marty explains everything to him, and two of them try to find a method to reunite Marty’s soon-to-be parents. Also, a method for Marty to return to 1985. Do they make it? Well, watch it for yourself! It really is one of the most similar movies to E.T. the Extra-Terrestrial.

Yet another very famous sci-fi movie is Transformers. The storyline follows Sam Witwicky. He receives his first car, an old Camaro, after persuading his teacher to give him an A in class. Sam’s car one day drives itself to an ancient junkyard. The car suddenly transforms into the Autobot Bumblebee to protect Sam from attack.

Now, in Qatar, ‘Decepticon’ attacks a US military station. It tries to steal some information, but the base commander stops it by cutting all server hardlines. Although, only a few soldiers make it out alive and are brought for debriefing. The Autobots arrive on Earth and tell Sam about ‘Allspark’. It is a device that has the ability to create new worlds and fill them with life. Sam discovers that his great-great grandfather’s glasses have the cube’s location inscribed on them. Who will be the one to take the ‘Allspark’ to infinite power as both Autobots and Decepticons strive for it? You should give it a watch if you are an E.T., the Extra-Terrestrial fan.

Also Read: Films You Need To Watch If You Liked Songbird: Movies Similar to Songbird!