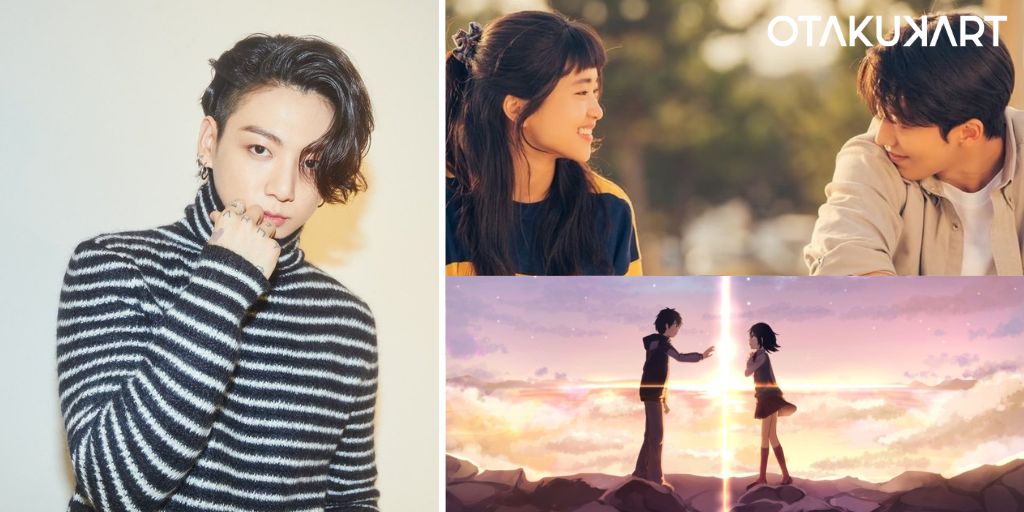 BTS members have given us great music, and they have a great taste in other things too. The youngest one of the septet BTS, Jungkook, is a millennial like his members, but his mannerisms are like that of a Gen-Z. Jungkook has often posted how he is binge-watching certain Netflix dramas. He gets in Q&A sessions with the Armys and discus the dramas and movies he has watched. Honestly, most of the stuff he has watched is impressive, as BTS Jungkook recommends some of his favorite movies and dramas.

Jungkook, from his debut days, has told about his choices in movies. He loved watching anime films. Now his taste has become more mature, naturally. He watches everything from romance to horror, and his choices are very interesting. As you’ll go through this list, you’ll see why. Let’s look at the movies and dramas BTS Jeon Jungkook has recommended to us all. You might have watched some or all of these. If you haven’t, consider this as a sign to watch them finally.

The tvN drama gained recognition before it even came out. The show, which was star-studded with actors like Kim Tae Ri, Nam Joo Hyuk, WJSN’s Bona, was predestined to get popularity. The drama revolves around four high schoolers and one reporter and how their lives got changed during the IMF Crisis of the 90s. The era of the 90s has been depicted so beautifully that even the ones born in the 2000s would feel as if they were during those years. The show is extremely heartwarming and feel-good to watch. The acting of the main leads deserves all the appreciation in the world.

BTS Jungkook posted a snippet of the drama on his story. It looked like he was watching the show, and we could hear him giggling behind. Jungkook legit represented all of us Twenty Five Twenty-One watchers in that 15 seconds clip! The show can be watched on Netflix.

Another gem that we got just at the beginning of 2022. The SBS drama based on a webtoon of the same name was also released on Netflix globally. The drama trended heavily and still does so. The plot of the show is about a girl Ha-Ri, who goes on a blind date in place of her best friend, but the date turns out to be the CEO of the company she works at. The drama is hilarious and has some really sweet moments between the main and second lead couples. A perfect watch for when you are feeling down, or just anytime. In fact, there are subtle easter eggs about BTS in the show in some of the episodes.

Jungkook revealed he had watched all the episodes when an Army recommended the drama to him. These were the times when Jungkook proved how he catches up with all trending dramas, even with his hectic schedule. Our multitasking king!

This survival drama is one of my favorites. Hence, seeing Jungkook say that he has watched it too made my heart flutter. The drama follows an avid gamer Arisu and his two friends, who make their way through an empty Tokyo. It seems like a parallel world where the world has stopped, and a few chosen ones are stranded there. The people present there are made to play life-threatening games, where both physical strength and quick wits are required.

If you loved Squid Game, you have to watch Alice in Borderland. The adrenaline rush you’ll get from watching this show would be unparalleled. The show is a Netflix original, so watch it without any second thoughts.

Another slice of life drama that made our 2021 better. With BTS V’s OST for the drama, the show already has a BTS connection. When Armys asked Jungkook to watch this, he again replied that he had already watched it. Our Beloved Summer has Choi Woo Shik and Kim Da Mi in the main roles. The two reunited for this show since their movie “The Witch: Part 1. The Subversion”. They played the roles of a broken-up couple who had to reunite after years for filming a documentary that actually brought them close.

The show is beautifully shot and is guaranteed to evoke emotions in you. Just a word of caution when you watch this: Don’t call up your exes after watching this. They aren’t Choi Ung, sadly. Watch Our Beloved Summer here.

This revelation kind of shocked most Armys. Since Bridgerton is a quite sensual show, it made all of us gape in surprise that our Kookie is watching the show. After all, he’s an adult, and it’s only obvious he watches all types of content. Jungkook proved his varied choice in dramas and movies.

The Netflix original show Bridgerton is based on a series of novels of the same name by Julia Quinn. It is a period drama, showing high-class families attending fancy balls and the mothers trying to find the perfect suitor for their unmarried daughters. Sounds very Jane Austen-like, doesn’t it?

This is one of the films that Jungkook called his favorite when he was still a teenager. The 2012 film features Han Hyo Joo and Go Soo in the main roles. Han Hyo plays the role of a doctor whose medical license might get canceled due to a claim of malpractice. To save her license, she needs the help of Go Soo, who is in the fire department. She tries to woo him to help her, but does he help her? For that, you should watch the film.

One of the cute facts that Jungkook said about this movie is that he hopes to have a love like the main leads did in the film. Towards the end, there is a kissing scene, which is also something that JK hopes to recreate one day.

We all know how Jungkook is a hopeless romantic. Hence it’s not surprising that the popular anime film Kimi No Na Wa (Your Name) is his favorite. Your Name is a critically acclaimed film loved by many over the world. In the film, two teenagers have an unusual connection between them and how they occasionally swap bodies. Things become interesting when they try to meet each other, and some shocking, sad revelations take place.

The film has a scene where when the two kids try to meet each other, but they can’t see each other. The only way to know that they are around each other is when they cross paths, and a bell is heard. Jungkook believes that when he finds his soulmate, a similar thing will happen when they meet each other. He’s so adorable, isn’t he? Be right back. I’m gonna sob in the corner.

9. My Tomorrow, Your Yesterday

Some Armys had revealed that Jungkook recommended this film. It is a 2016 Japanese romantic film based on a novel of the same name. The film has the main leads who are apparently living five years apart, and the girl’s time works backward. It is quite confusing to explain it, but since Jungkook has recommended this film, it definitely must be worth watching like all his recommendations.

Another anime film recommendation from the Golden Maknae. This time it’s the Academy Award winner Studio Ghibli production, Spirited Away. A little girl Chihiro is on the way to the new neighborhood she’ll be moving to. Her family stops at a mysterious place, where a witch turns her parents into pigs. She then starts working for the witch to find a way to find her parents and escape from the place. A mysterious boy named Haku always appears to help her.

Jungkook has said that at a point of time, he wished he was Haku from Spirited Away. Our pure-hearted youngest member truly has a golden heart too. Watch Spirited Away on Netflix now.

Hope this list of movies and dramas recommended by Jungkook gave you something new to add to your watchlist. If you’ve already watched them, well, time for a rewatch, I guess!