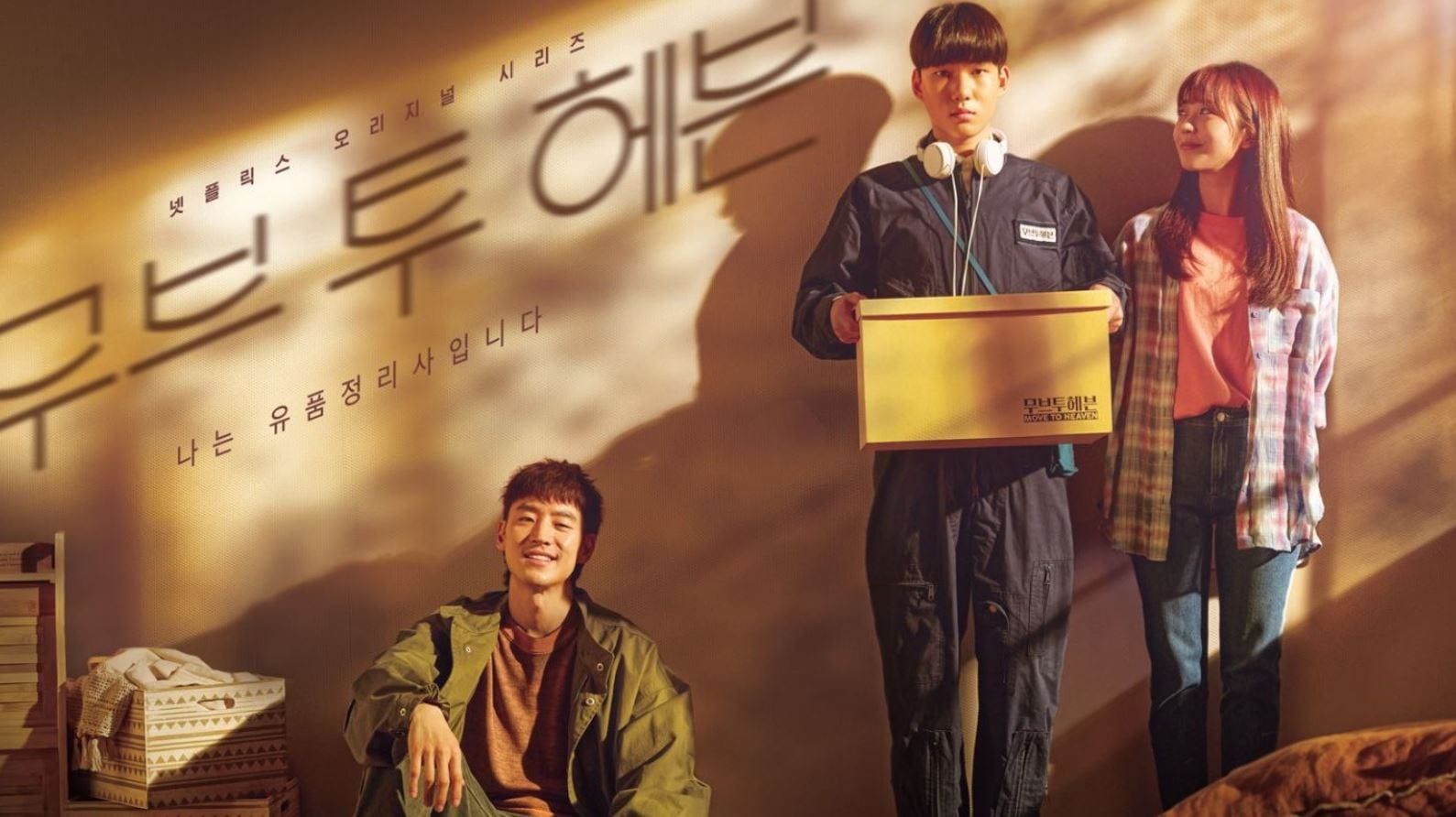 Move to Heaven is a 2021 South Korean Netflix Original series based on an essay called “Things Left Behind” by Kim Saw-byul. He was a trauma cleaner just like the protagonist in the series, Geu-ru. Directed by Kim Sung-ho and written by Ji-ryeon, Move to Heaven follows the story of a 20-year-old boy with Asperger syndrome, Geu-ru. Later, after his father dies, for the first time in his life, Geu-ru meets his uncle and new guardian Sang-gu. He was an ex-convict who recently got out of jail to be instantly named Geu-ru’s Guardian. So he joined his late half-brother’s business along with his nephew to work as a trauma cleaner. This 10-episode Netflix Original was released on the platform on 14th May 2021. And now, we will have Move to Heaven Ending Explained.

The series follows the nephew-uncle duo as they do their duties as trauma cleaners. A trauma cleaner is a person who cleans up after someone’s death. This is because often, people who lose a close one aren’t able to do so. So instead, a trauma cleaner takes over the role as they collect anything that the deceased possesses in a yellow box to be delivered to their instant close relative. The show’s name itself is derived from their business name, “Move to Heaven”. Later as the story progresses, we uncover a variety of untold stories as we discover the pasts of the characters before us. It slowly starts to become apparent how Sang-gu faces the repercussions of his past and his time in jail.

What Happened in Move to Heaven?

When Sang Gu is assigned to be Geu-ru’s guardian, he really does not want to do it. He thinks he was wronged by his late half-brother Jeong Wu causing him to spend time in prison. Now he takes over Geu-ru’s guardianship so that he can hopefully inherit what was rightfully his. Meanwhile, Na Mu realizes that Sang Gu has ill intentions towards Geu-ru, and he is not fit to be his guardian. Nevertheless, according to Jeong Wu’s lawyer, Sang Gu only has three months until he can prove himself fit to be Geu-ru’s guardian. Over the course of the series, we learn that the reason why Sang Gu went to prison was that he almost killed his opponent Kim Su Cheol in an Underground fight. This opponent happened to be Sang Gu’s protege, for whom he still pays the hospital fees to keep him alive. 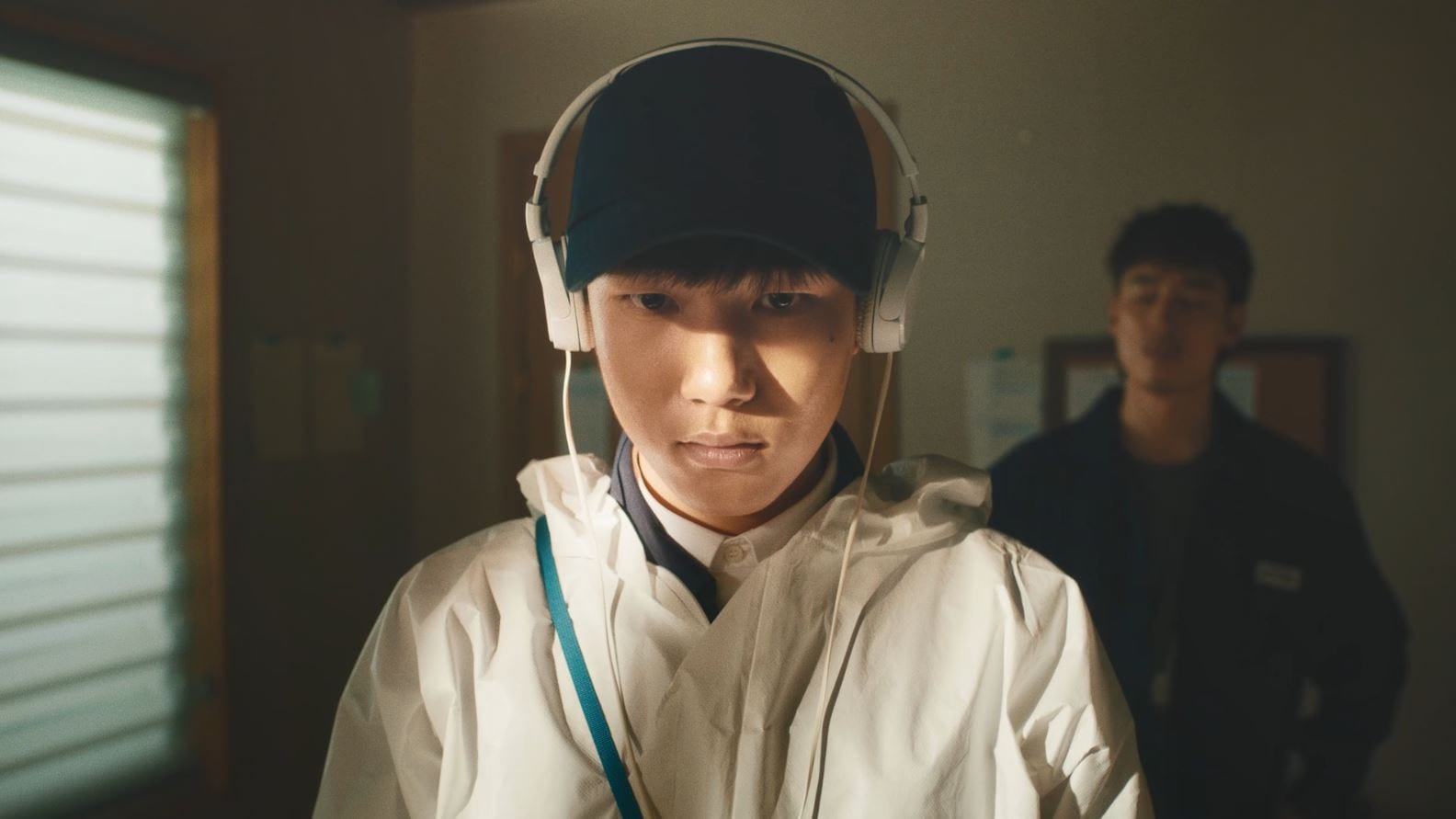 For paying the hospital bills, Sang Gu once even considers selling off Geu-ru’s house to keep Su Cheol alive. But we later find out how Sang Gu nay not have been completely responsible for the incident. This former medal-winning boxer was suffering from punch drunk syndrome forcing out of his career in boxing, But thinking that this was only because of his sport of choosing where he was repeatedly hit on the head, he starts entering illegal boxing matches. But unaware of all this, the antagonist of the story and head of the gambling circuit sets a fight between Sang Gu and Su Cheol. But before this match, Jeong Wu comes to visit Sang Gu. This causes him to leave with rage, thus taking it out on his former protege. The damage within the fight, along with his former condition, causes Su Cheol to collapse.

Presently, Sang Gu takes gives Geu-ru’s house papers to give them to Joo Young so that Su Cheol’s operation can be conducted. His condition was getting worse, causing him to pass away even before the operation takes place. During this, we learn why Sang Gu resented Geu-ru. Sang Gu had to once wait 3 days for Jeong Wu to pick him up from a train station. But in the meantime. Jeong Wu was hospitalized as he was caught in a shopping mall collapse. While Jeong Wu does try to tell this to Sang Gu, Sang Gu only realizes this after Jeong Wu’s death from his cabinet, Here Sang Gu realizes that Geu-ru is actually Jeong Wu’s adopted son. But over time, Geu-ru and Sang Gu got closer, Sang Gu wanted to get back the papers to Geu-ru. For this, he decides to take part in one last fight.

What happens in Move to Heaven? 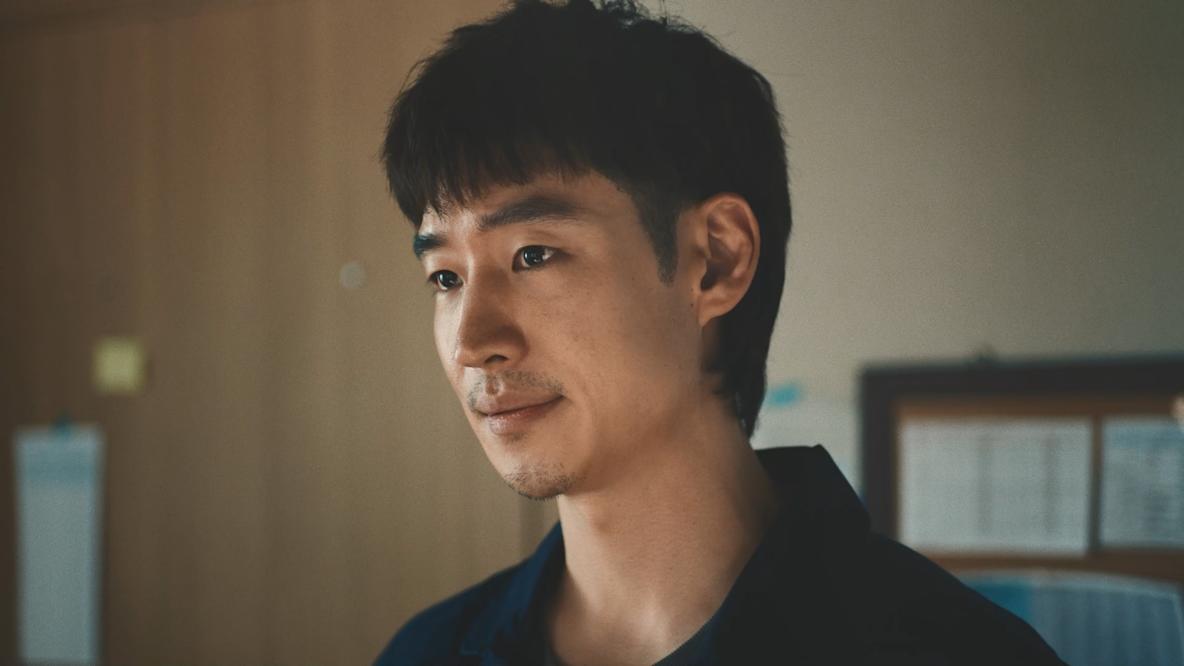 Geu-ru had eavesdropped on Sang Gu while also mistaking Su Cheol’s papers for Sang Gu’s. Therefore, he goes to rescue him with Na Mu while informing a prosecutor of the same illegal gambling ring. As the police busts in, Sang Gu, Geu-ru, Na Mu, and Joo Young manage to escape. Geu-ru is to finally give up his father’s ashes, but he feels that he is not ready as he manages to disappear. While everyone is looking for him, Sang Gu goes back to Geu-ru’s hometown in Busan to find him at an aquarium where his dad took him after his mom’s death. Here we even learn of how Jeong Wu, the former firefighter, rescues young Geo-ru to only later adopt him along with his now-dead wife,

As Sang Gu finds a grieving Geu-ru, he simply embraces him reminding him that how the dead have stories to tell. Finally, Geu-ru is able to move forward as he finally gets to trauma clean his dad’s remains. During the cleaning, Geu-ru finds his dad’s phone, which had a recorded message for him. Elsewhere, back in Seoul, Jeong Wu’s lawyer has a meeting with Sang Gu. Looking at the events that had preceded, he believes that Sang Gu is not fit to be Geu-ru’s guardian. But just as he was leaving, Sang Gu informs the lawyer how Geu-ru had himself requested Sang Gu to stay as his guardian. At the end of the series, we see a girl approaching Geu-ru as she was there to request the Move to Heaven service. Here, something weird happens as Geu-ru is left mesmerized by her. 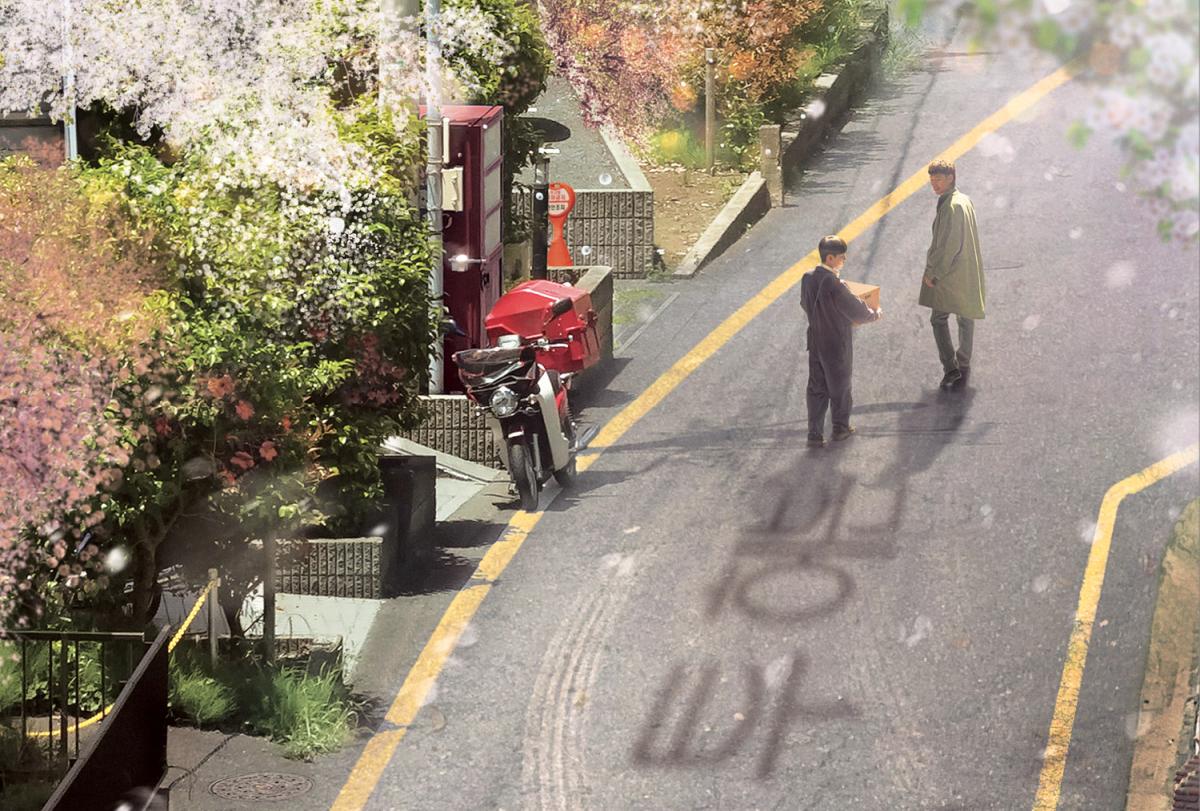 When Sang Gu found Geu-ru at the aquarium, he tells him how he could speak with the dead. This allows Geu-ru to symbolically let go of his feelings for his father. He is finally able to trauma clean his dad’s room, where he manages to find his phone. In this, Geu-ru witnesses a final goodbye clip his dad had left for him. Geu-ru finally says goodbye to his dad at the memorial center. Here, he hugs his friends, family, and the tree planted in Jeong Wu’s name.

In the ending of Move to Heaven, we even see Jeong Wu’s lawyer informing Sang Gu how he was unfit to look after Geu-ru. The three-month guardianship period had come to an end, but the decision is not completely up to the lawyer. Geu-ru himself wanted to have Sang Gu as his guardian. This would override any professional opinion given by any lawyer. Therefore, at the end of Move to Heaven, Sang Gu ends up as Geu-ru’s permanent guardian. Now, even so, Sang Gu’s debt arc is kinda over, Joo Young also manages to escape the police raid at his illegal gambling circuit. So, most likely, if there is a second season, he may act out as a primary antagonist in the story.

Does Geu-ru end up with someone? 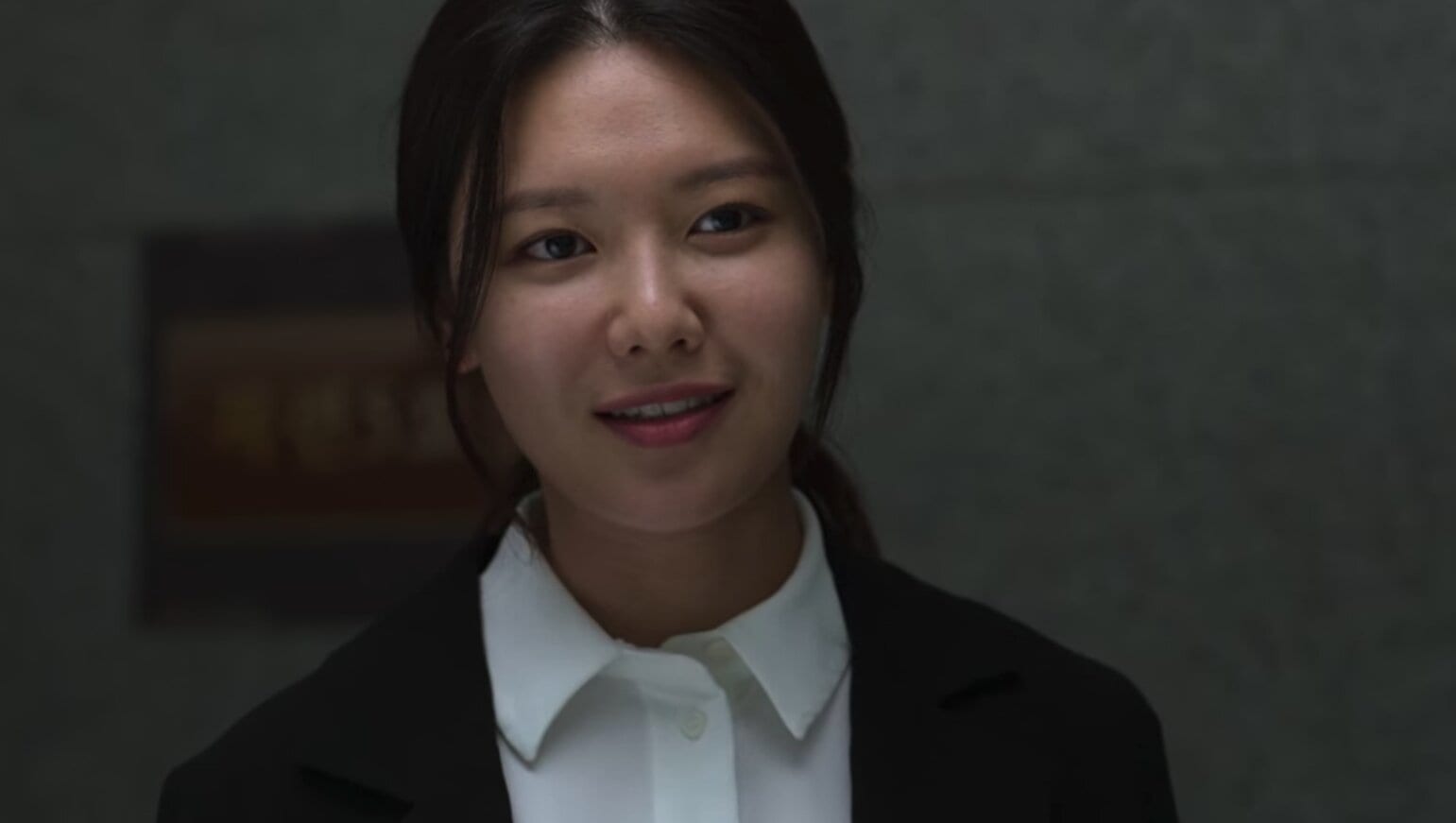 Throughout the series, it has been fairly clear that Na Mu has a liking for Geu-ru. She has known him since they were six years old, but she has never acted upon any romantic feelings. So, it is possible that Na Mu never really had feelings for Geu-ru, Instead, he just wished that he do well in life.

Move to Heaven Ending sees a girl showing up to Geu-ru’s service. The reason why she has come up to Geu-ru hasn’t been revealed. Nevertheless, it could be related to some cleaning up, but not sure after whom. If we go just by symbolism, a white butterfly lands on the girl. They are known to be a symbol of hope and transformation. Recently, after finally letting go of his dad, Geu-ru was going through a transformative experience. And this could simply be a way to symbolize it. Or else, we might just see her as a romantic interest for Geu-ru in a possible season two of the show.

Also Read: Netflix’s Move To Heaven: Will The Show Have A Season 2?