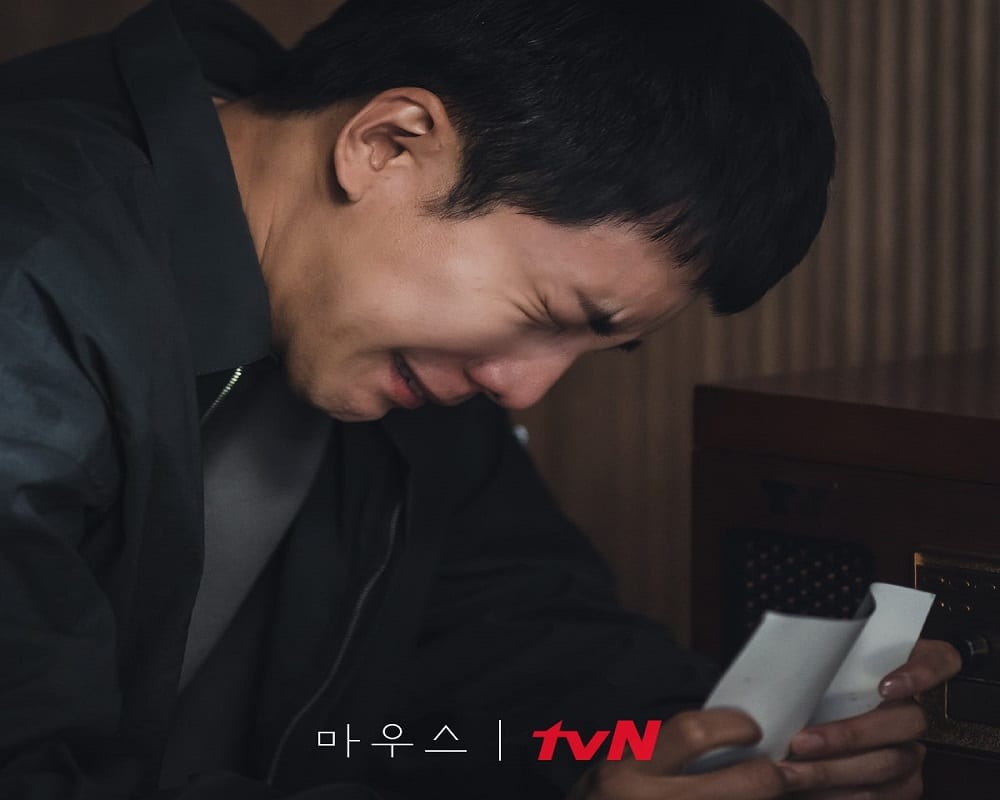 Jang Ba-Reum crying while holding a photo in the latest stills (Credit: JTBC)

The production team and developers for Mouse continuously share behind-the-scenes moments and newly released shared stills. Most recently, they have shared some of the stills of Lee Seung-Gi for episode 18, wherein he is shown in a heartbreaking and painful stage. Just almost one week back, tvN dropped some behind-the-scenes moments for the drama. One instance is taken from Episode 3 wherein Lee Seung-gi comments about his food after having a lot of food. Furthermore, he also jokingly says to everyone that he will eat dinner first before grabbing more rice. In Episode 4 behind-the-scenes moments, Park Ju Hyun says, it is just her makeup that is making her look exhausted during the filming for the grave of Oh Bong Yi’s grandmother.

Lee Seung-Gi also ended practising several ways of saying, “I don’t know” for episode 9. However, he ended up saying nothing at all at the end after his suggestions to the team. Lee Seung-Gi, before posing for the photoshoot of the drama ended up confirming with the writer. He says about the smile of his character being such a smile that comes from confidence for being able to have in control everything. But, the same smile has to come off as chilling for others. Lee Seung-Gi also checked his poster photos and says about him indeed being a different complete human being.

Previously, Jung Ba-Reum realized everything around him was a lie since childhood and went into panic mode. Furthermore, Go Moo Chi found Jang Ba-Reum’s existence in all the sites of the crime wherein identification of the criminal has not taken place yet. 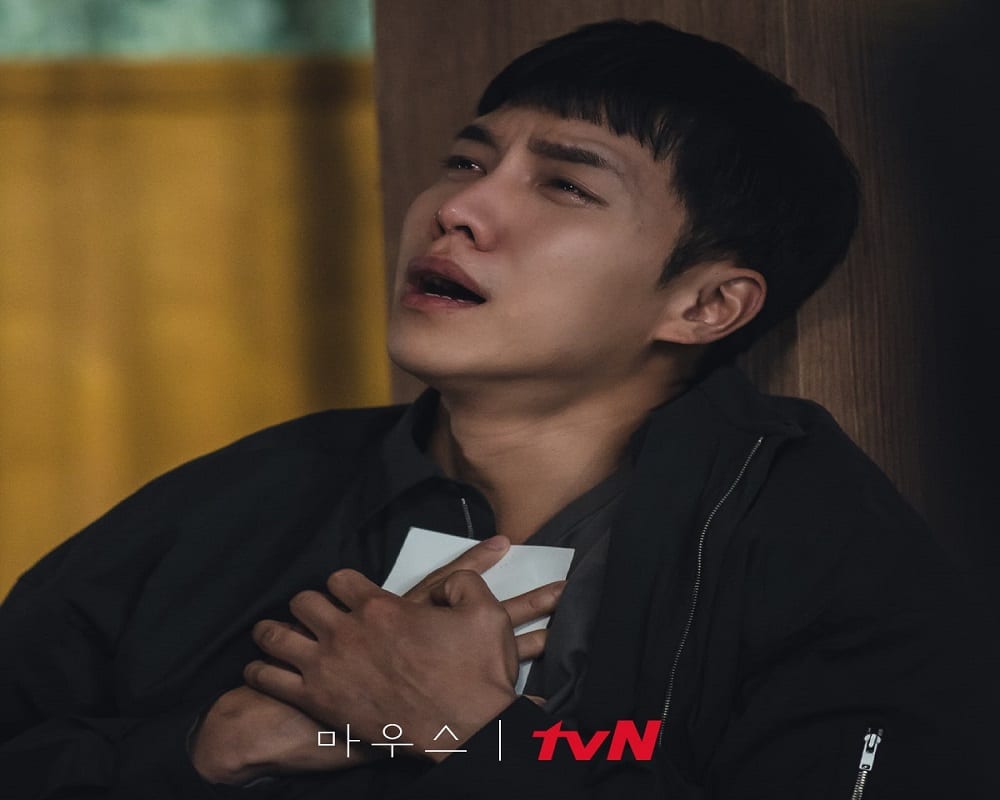 Mouse Episode 18 released the latest stills for Lee Seung-Gi as the episode is arriving soon and due for release. From the looks of the stills, there will be an emotional and heart-wrenching moment for Lee Seung Gi as Jang Ba-Reum in the upcoming episode. The newly released stills for episode 18 portray Ba-Reum’s showing grief. But, it is shocking for him to show any grief as he is a psychopathic predator. However, it seems that he gained some emotions after his brain surgery. There are four released stills of Lee Seung-Gi as Jang Ba-Reum. One can expect the same scene to get seen in episode 18.

Mouse Episode 18, newly released stills, not only depicts the emotional state of Lee Seung-Gi but also his pain. He found a photo during the search for his identity and Oz Organization. The same photo left him freezing in shock. Tears automatically gather in his eyes and, have a hard time holding back the same. At last, the stills show how he clutches the photo against his chest and breaks down. Now, curiosity is dawning as to what the picture is about? What did Jang Ba-Reum saw that he breaks down? Why did he start crying as soon as he saw the picture?

Mouse Episode 18 latest stills show the natural and painful moment of Jang Ba-Reum. Lee Seung-gi spoke with the director Choi Joon Bae as soon as he arrived on the sets for working on his emotions. He wanted to depict them as naturally as possible, the scenes. At first, he tried to endure his sadness for giving a perfect performance on the scenes. Later on, he burst into uncontrollable tears. Furthermore, Lee Seung-Gi monitored his scene and showed a professional attitude. He even checked the details himself, although he had not made a recovery from the filming and emotions.

Mouse production team has also put forward their thoughts on the latest stills of Jang Ba Reum for Episode 18. They said about them trying to compress the past narrative again clearly for helping the viewers increasing their interest via understanding the plot after the eruption of many twists and events in succession. The team also asked everyone for looking forward to the rest of the story as to how Jang Ba-Reum will face the truth after learning about him being a guinea pig in the past. It seems that his true self will also gradually get revealed after facing the truth.