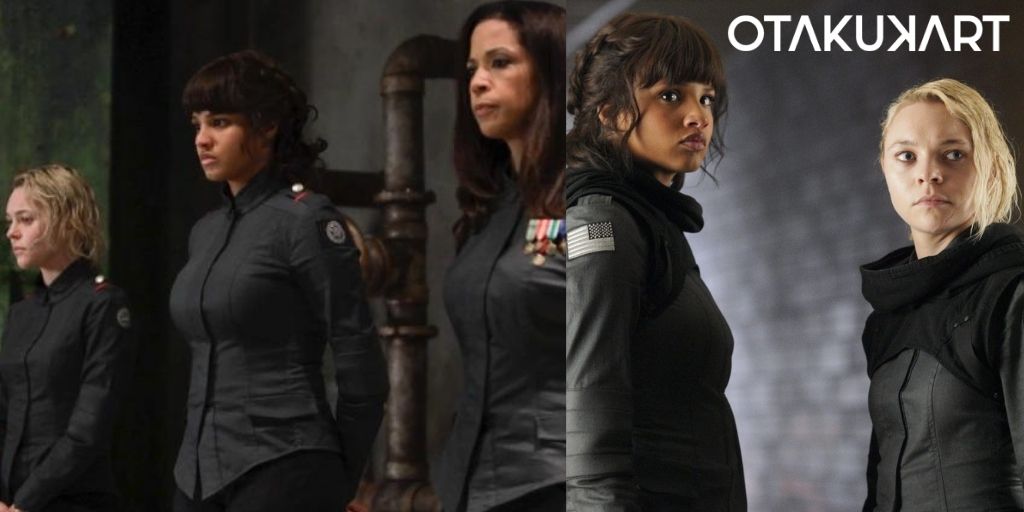 Ever since the fans watched the second season of Motherland Fort Salem, they have been wondering what the release date of Season 3 is. Well, we have some news for the fans of the show. First, let us get a little background about the show. The series is set in an alternate history in which the Salem Witch Trials were ended by an agreement forged between witches and the US government. This results in an army comprised entirely of witches, with mandatory conscription for anyone of witch lineage or displaying witch powers. The mastermind behind it is Eliot Laurence, who was also behind the crime dramedy ‘Claws.’

We also see the story of Salem Witches on YouTube a lot. Numerous theories and channels are talking about it. Be it the show or the legend; you can find a lot of them online. Coming back to the show, fans really loved the first season and gathered a decent amount of following. Season 2, however, did not do so well. So, it is natural that the fans are looking forward to the upcoming season for a fresh and strong storyline. So, what is the release date of Motherland Fort Salem Season 3? Let us find out more about what fans can expect and have a recap before jumping onto the upcoming fresh season.

Also Read: How To Watch Derry Girls Season 3 In The US, UK, And Australia?

Motherland Fort Salem Season 1 Recap: How Did The Series Start?

We see that the series begins with the introduction of the ‘Spree’. It is a terrorist organization that targets the military with civilian attacks. Now, Raelle, Tally, and Abigail have reached the age of duty and have accepted an oath. The three recruits then form a team to learn ‘seeds’. These are voice skills that can be used as weapons. The audience witnesses Abigail being the descendant of a long line of soldiers that aided General Alder. Raelle has reservations about the army. She feels that the army is responsible for her mother’s death. Raelle and Abigail had a power struggle in Season 1. The three witches appear to have unimaginable power as the season progresses further. 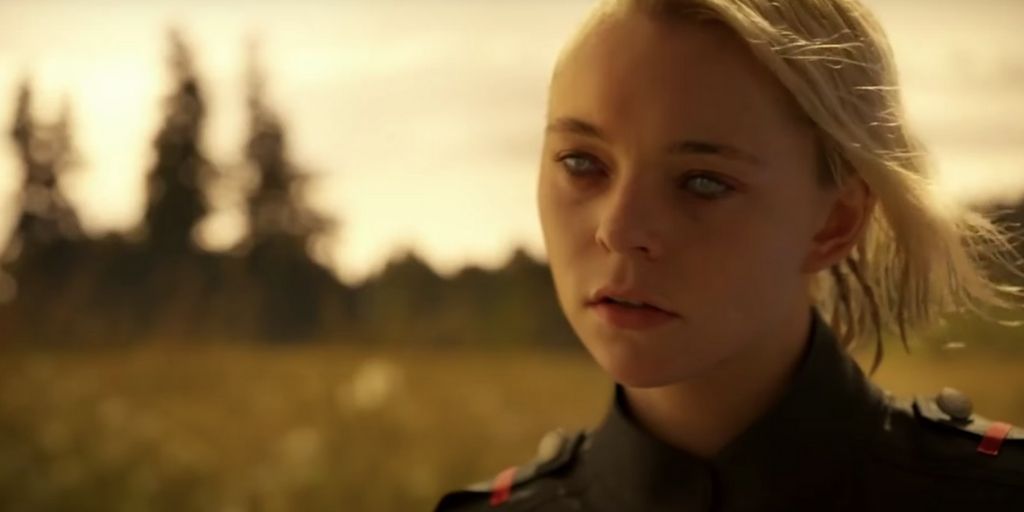 A still from season 1

Moreover, we know that Tally can see sound waves. Along with that, Raelle is a necro with healing abilities. Raelle meets Scylla at the base and begins to fall in love with her. On the other hand, the lady has a secret. Scylla is a ‘Spree’ operative working covertly. General Alder and the characters assume someone is to blame as more fatalities and attacks occur. Abigail’s relative is slain at Bellweather’s wedding, and her vocal cords are kidnapped by a new enemy. Also, the attack provides the military with a pretext to kidnap Scylla and frame her for her connection with the Spree.

What Is ‘Spree’ And Its Motives?

While the audience sees Spree as villains, when you learn more about their intentions, they begin to change into something more complicated. Yes, we do know that they kill humans. However, it is humans that support and enforce the ‘Salem Accord’. It is where General Adler signs in order to rescue herself and her fellow witches. As a result, they will be enslaved for the rest of their lives. A notion that does not appear to be correct.

Now, what will you do when you become an adult at 18 only to have your freedom taken away to fight conflicts over which your own general has only a limited say. Apart from that, we don’t see much of the American administration. However, we never see General Adler advise on continuing wars or talk to Wade as a valued advisor or equal.

Witnessing The Downfall Of General Adler

Throughout Season 1, you will have a feeling that General Adler’s 300-year reign is coming to an end. We see that she is living off of her legacy more than what she has done in recent years. Whether we’re talking about members of The Hague, the witches UN, or an increasing percentage of her squad. Also, as we hear Petra attempting to seize power in the United States and General Sharma, who is an Indian General, maybe attempting to depose Adler at The Hague, you are always waiting for the other to die or have no power. 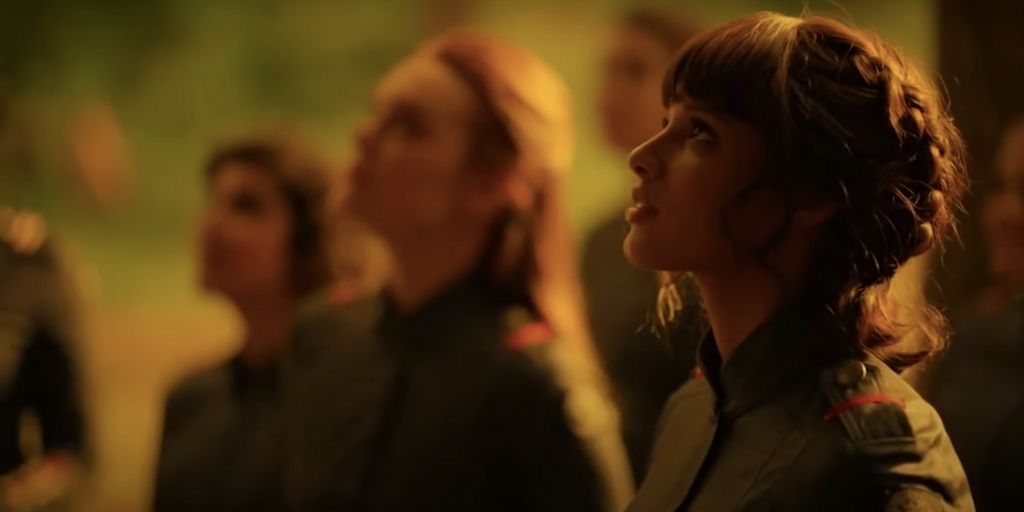 However, when you see General Adler make actions not out of desperation but to keep power, you get to know the kind of war it will take to force her to step down or die. For starters, every five or so years, she has young females gladly sacrificing themselves in order for her to live. Despite the fact that the majority of the episode takes place at Fort Salem, it is by no means a microcosm. From the Tarim witches to The Hague, how witches affect American history, and so much more, you would think there was a book that covered everything that the show did not.

What Happened in Season 2?

We see that War College was one of the season’s key aims. With the Camarilla gaining prominence at the ending, the second season presents the Bellweather Unit with a slew of new problems to death with. However, surprisingly, War College is the thing they should be concerned about, given we seldom see them in class after Episode 2. Abigail, for example, is under pressure to find someone with whom she can have a child since the Bellweather family decides to expand. 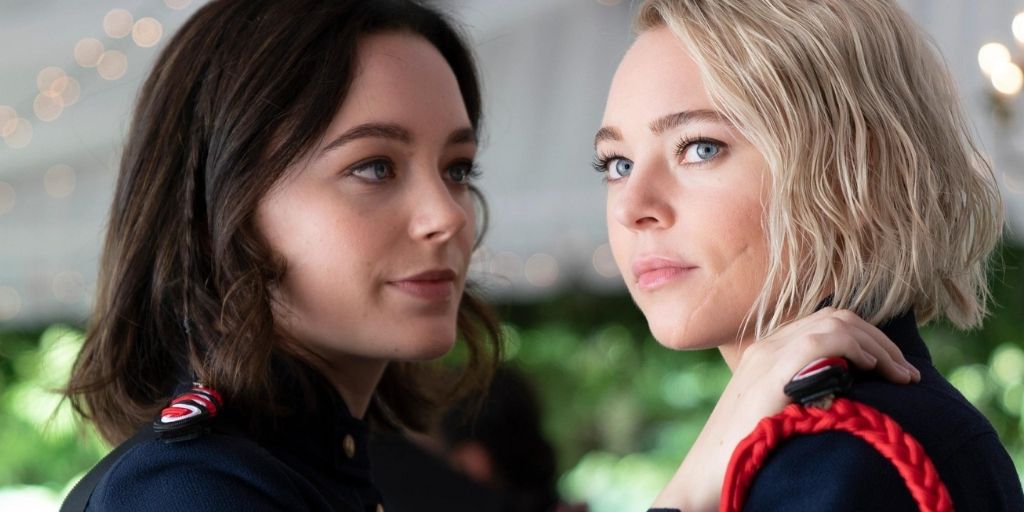 A still from the show featuring the protagonists

We see that Tally, despite being a biddy at the end of the first season, is swiftly undone. However, in the process, she witnesses memories that cause her to question General Adler’s actions during her 300-year tenure as general. So, what happens to Raelle? How does she manage with being experimented on? Also, how does she manage to become a brilliant symbol for the future of witch power, and her mother and girlfriend being members of the ‘Spree’? Well, Raelle has a got a lot on her plate right now.

Also, we know that the Spree and Camarilla were one among many commanded by the unknown; they worked best. Season 2 changes that by introducing a leader. Moreover, while the Camarilla struggled, The Spree flourished. Nicte had the advantage of being comparable to Tally before she rebelled against General Adler. However, a good origin story and devious deeds aren’t enough to sustain a character for the duration of a show.

How Did The Season End?

We see that The Mycelium, like War College, was hyped up to be a great deal but ultimately died out. Yes, the Witch Bomb was remarkable, and it was later discovered that it was a network of mind and magic created by witches who died fighting the Camarilla. However, like with many ten-hour-long events, it appears that no matter how ambitious the show was, there was never enough time to give every idea, topic, or subject its due. As a result, the Mycelium became a significant new object, although not quite as big as it had hoped. While there are numerous highlights in Season 2, much of what was built up in Season 1 is either ignored, minimized, or simply disappointing. Fans are hoping for the best from the third season.

What Can Fans Expect From Motherland Fort Salem Season 3?

We know that with the Spree’s leader apprehended in last season, it is very evident that the Camarilla and their battle against witches will be the center of the show’s third season. Many characters in the second season have a reason to despise Camarilla. We saw that they killed Abigail’s cousin, so she hates them. General Alder witnessed them murdering her coven, prompting the development of Mycelium. Moreover, Scylla and Anacostia are both enraged because Camarilla mistreated the witch children. 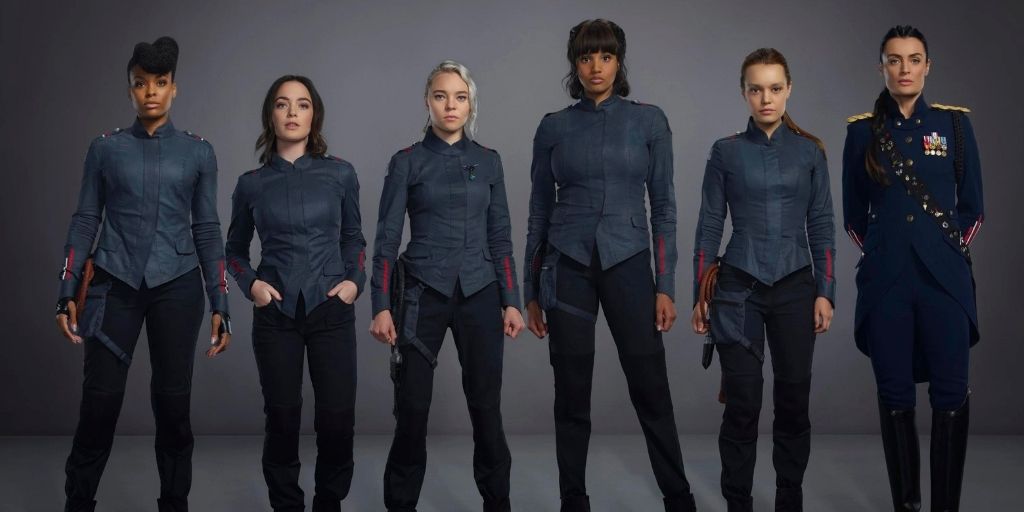 The cast of Motherland Fort Salem

Raelle will undoubtedly follow Willa’s demise. As a result, practically every witch will seek vengeance. It’s possible that they’re all working against the same guy, and we will see this storyline being followed in the upcoming season. Fans have a lot of expectations from the new season. Although there is no trailer for Season 3, fans are expecting some news about the same very soon. Since Season 2 did not flourish like the first one, people are expecting the team to make a comeback with a strong storyline. Also, Petra Bellweather could feature in the show’s third season. General Alder’s power was rendered irrelevant by her. Despite the opposition of Tally and others, it is very clear that Alder is not willing to lose power so quickly. Season 3 will very certainly see Alder attempt to reclaim her status.

Motherland Fort Salem Season 3 Release Date: Do We Have An Official Date?

We do not have an official release date for Motherland Fort Salem Season 3. However, we do know that it is the last season of the series. This is sad news for the fans, but they can look forward to getting closure. Now, depending on the release date of Season 2, the third season is expected to be released in Summer 2022. To be precise, it might release on 23rd August 2022. The first season of the show premiered in March 2020, and the second season in June 2021. It is unlikely to change the release date for the final season as it would confuse fans and risk a reduction in viewership. Also, the main cast of the previous two seasons is all set to star in the upcoming season as well. We hope to get an official date very soon.