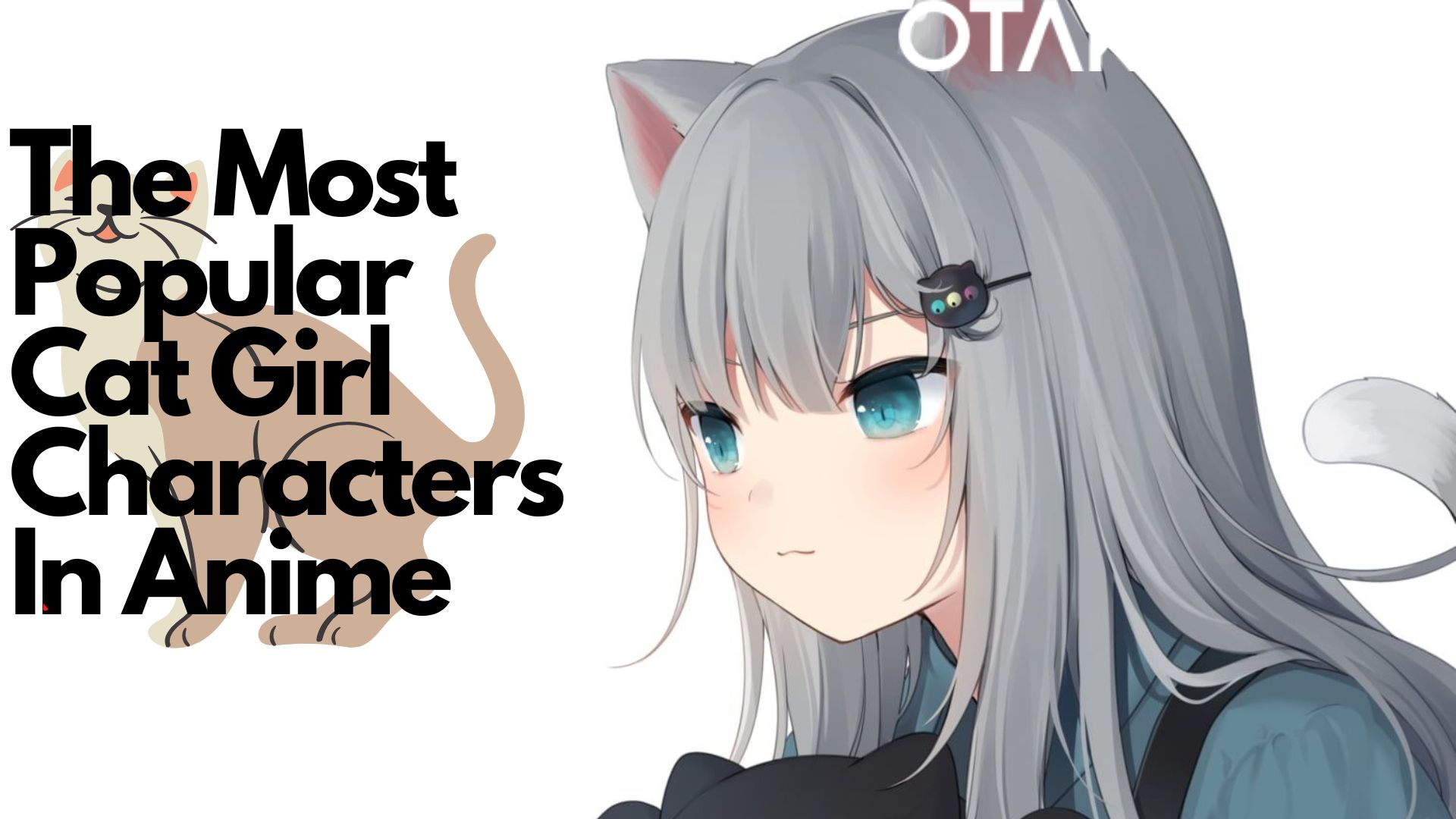 The Most Popular Cat Girl Characters in Anime

If you’re a lover of anime, you’re definitely aware of how popular the cat girl genre is. Today we will discuss The Most Popular Cat Girl Characters in Anime. People enjoy it because they are unique and kawaii; They simp over them. Characters like these contribute to the appeal of anime, among other things. Waifus is a term that anime fans use to describe their favorite female characters. Furthermore, cat girl characters are most likely to be at the top of the waifu list all over the world. That is, of course, for obvious reasons.

The popularity of these cat girl figures is due to more than just their appearance. Some of them are also noted for their brains and abilities. They elicit the much-needed feminist sentiments in their audience. This is significant because anime has a large following. That, too, throughout a wide age range. As a result, it has the authority to teach people useful information.

Catgirls are a popular humanoid hybrid in anime. Moreover, they can be made into adorable and cheerful characters or sneaky tricksters. Sounds fun, right?

Also Read: Most Popular Blue-Haired Anime Girls That Are Irresistible 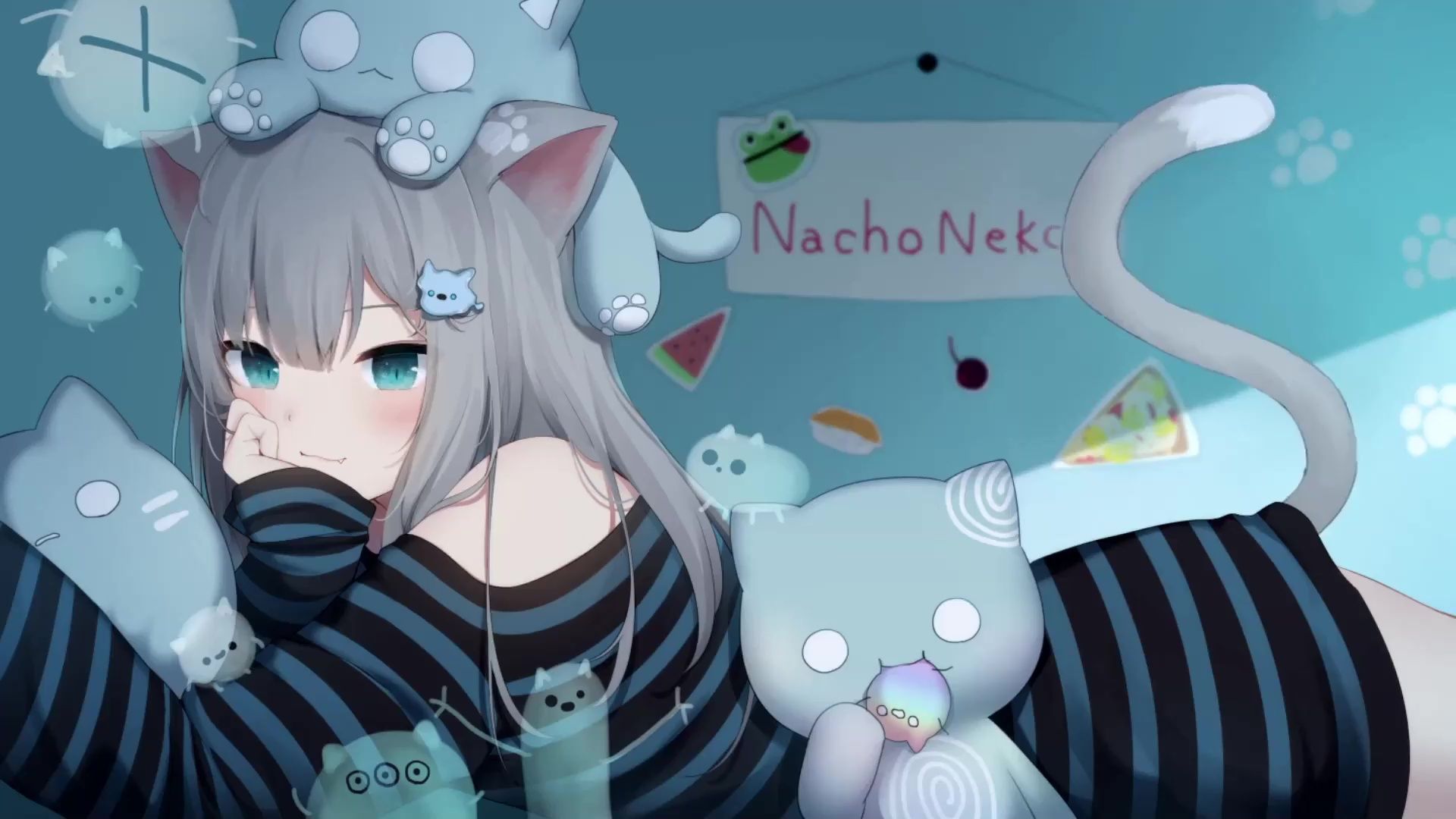 The Most Popular Cat Girl Characters in Anime

Catgirls in anime provide delightful personality, supernatural joy, and occasionally even a little fan service. They’re based on legends like the nekomata and bakeneko. Sometimes just thrown in for absolutely cute subject matter. Below are the 10 Most Popular Cat Girl Characters in Anime for you to ‘Eeyore’ and coo over.

Blair is a character from the Soul Eater anime series. She is a cat with some magical abilities. Including the ability to transform into a person. Blair wanted to accompany others when they visited DWAS, but Erin refused. As a result, Blair snuck onto the railway and then used her powers to block Erin from catching up with her. Blair was snuck into the train for the second Aftermath show, Amanda subsequently told Erin. Erin eventually consented to let Blair participate in the story as a competitor. Blair was not assigned to any team because the teams had ended. 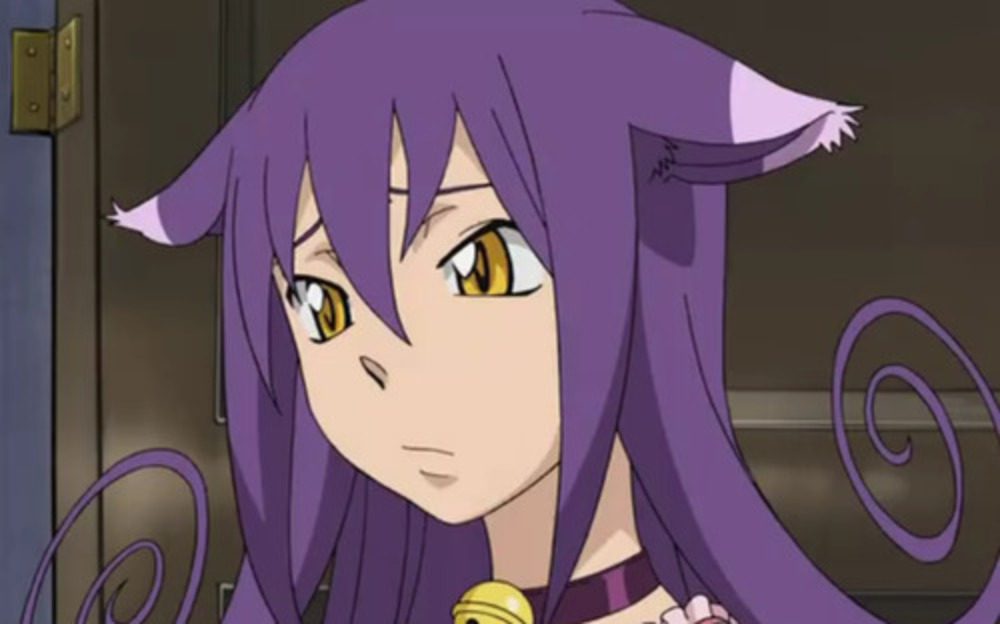 One of the characters in Onigiri Online is Ibaraki-Douji. When they arrive in Kumaso Village, she joins the party as the fourth member. Ibaraki is a liquor vendor who is eager to sell the player some. These potion-like things give the player specific stats that aren’t seen in regular items, usually offering transitory stat boosts like flow velocity or damage output. Ibaraki perfected her sommelier abilities as a liquor merchant, allowing her to manufacture any type of wine or alcohol. She can produce any type of drink, from stat-boosting to resurrecting alcohol, as long as the player gives her the recipe. 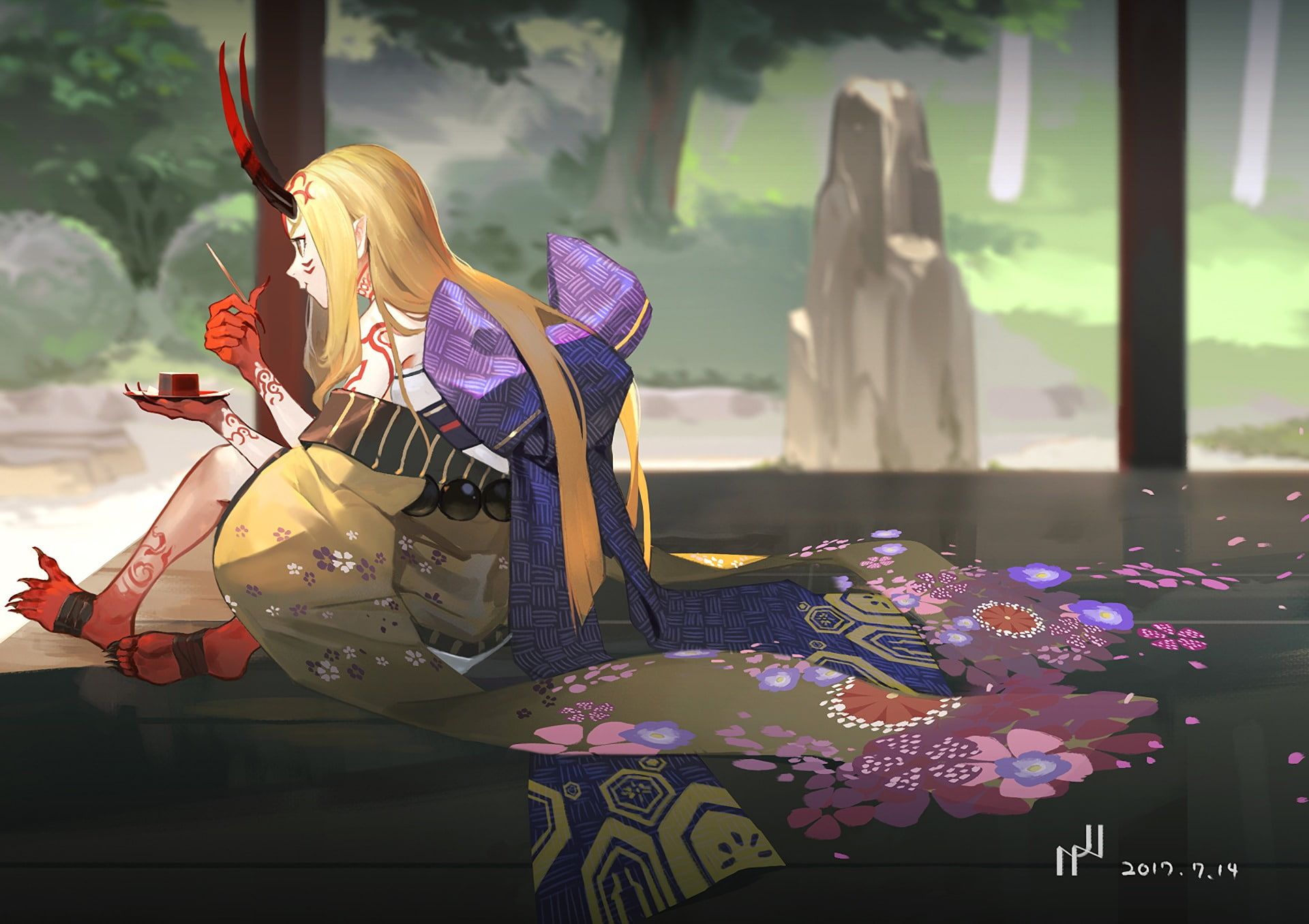 Eris is the series’ major female protagonist. She is a 16-year-old Catian scout who is investigating Earth. She’s tall and well-endowed. She is friends with a lot of people and regular cats she met on Earth. Most people don’t believe she’s an extraterrestrial at first. However, she proves it to Kio with her technology. She becomes acquainted with the ways of the Earth. She’s also a capable warrior who deploys techniques and technologies that have never been seen before on Earth. Kio’s encounters with her have become increasingly intimate and emotional. She chooses him as a partner because of his kindness and interest. Moreover, she voluntarily offers him her virginity. 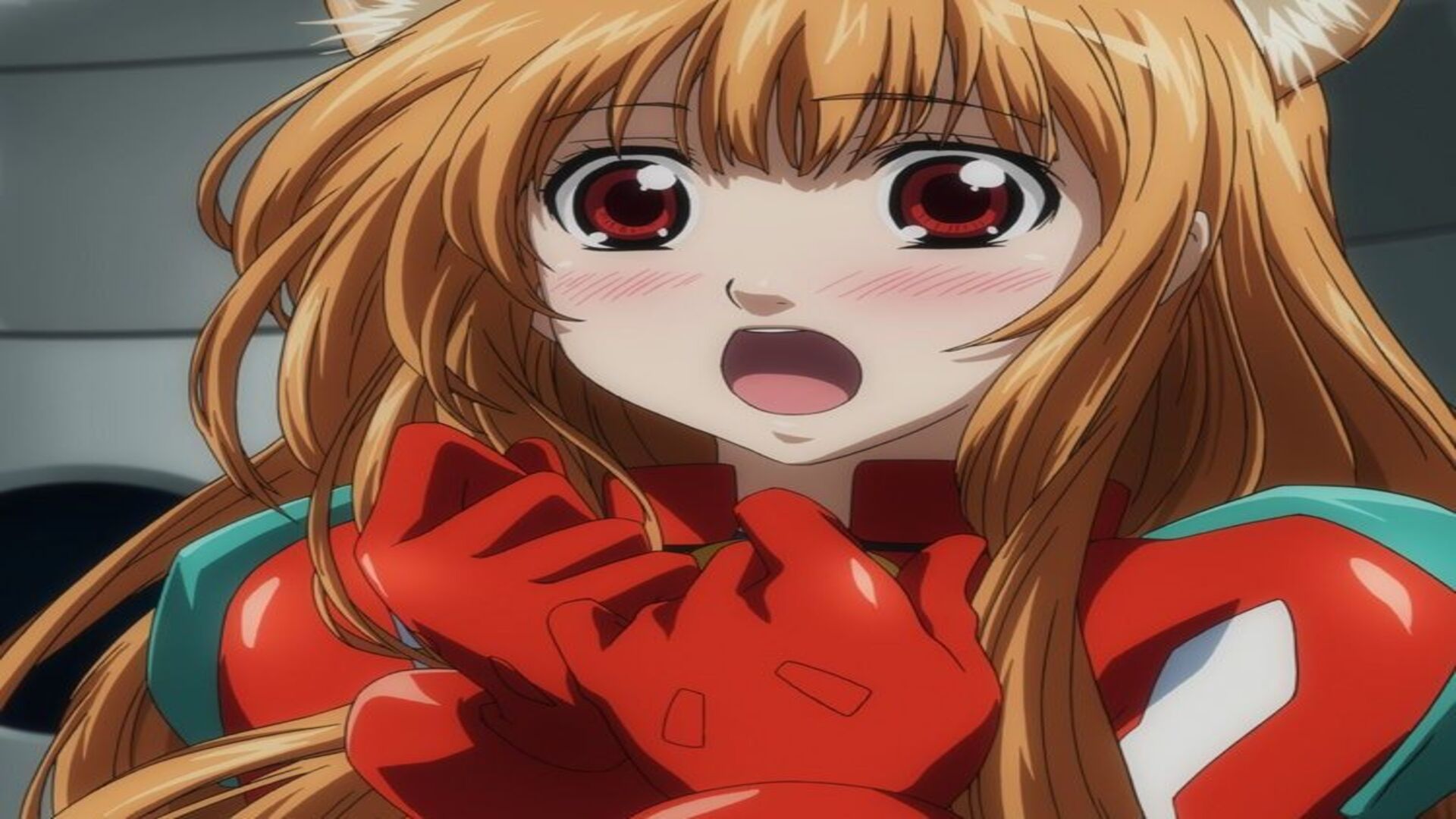 On the way home, Otome Tsuzuki picked up a mysterious girl named Nozomi Kiriya at the railway station. She’s also one of the key protagonists. She came to the Stray Cats with little information about herself other than her name. Nozomi is typically cold and heartless, yet she appears to be naive when it comes to topics such as being nude. She even joked that she would want to take a thermal springs bath with Takumi Tsuzuki, demonstrating her naivete. She initially fled because she believed she was interfering with Fumino Serizawa and Takumi’s love, but Takumi eventually persuaded her to return. 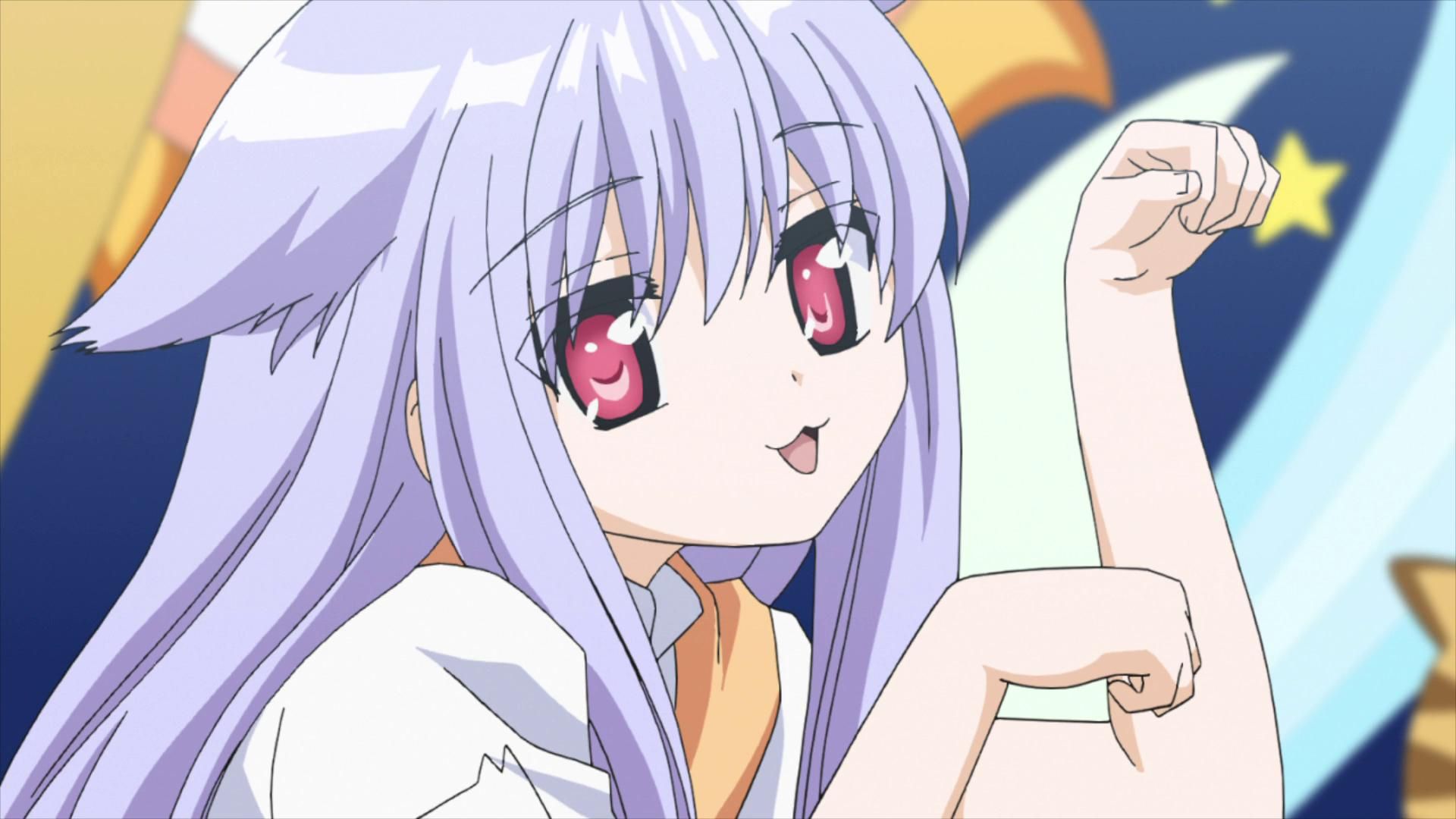 Kuune is the Catian girls’ Starship Captain. She is in command of the delegation tasked with forging diplomatic ties with Earth’s rulers. Kunne is known for her amazing body. She is also known for her fantastic captaincy. Ichigo Momomiya is the main protagonist of the anime series Tokyo Mew Mew. She is first featured while on a date with Masaya Aoyama. They both go to a Red Data Animal exhibit. At the display, she encounters the future Mew Mews. After visiting the exhibit, Masaya and Ichigo go to the park. Suddenly, an earthquake occurs. Ichigo is given the D.N.A of an Iriomote cat in an attempt to preserve her life. She later develops cat-like characteristics. These include increasing the consumption of fish and being much more acrobatic. Moreover, falling asleep more than the usual person. 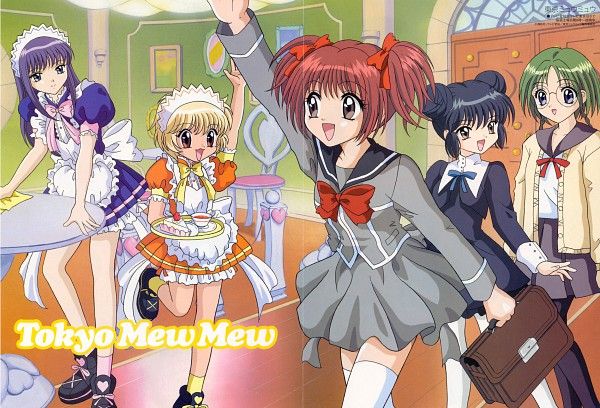 Alicia Rue is a recurring character in the Sword Art Online series who appears in the Fairy Dance Arc as a supporting character. In ALO, she is indeed the Lord of the Cait Sith race. By popular vote, she was appointed to the post of leader. To complete the Guardians of the World Tree, she formed a coalition with the Sylphs. Alicia Rue is a small woman with wavy blonde hair and trapezoidal cat ears. Her nicely tanned flesh is exposed by her one-piece armor. Claw weapons dangle from her sides. A bright stripe around her hips draws attention to her tail.  She also sports a bell collar around her neck and a cloak with a red stripe down the front on her left arm. 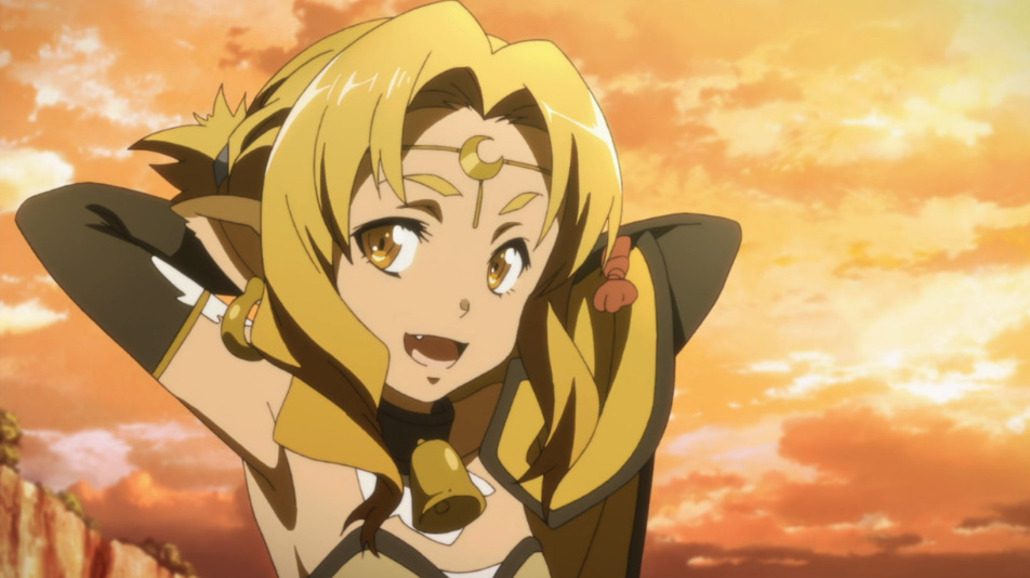 Cyan Hijirikawa, also known as Cyan, is one of the series’ main characters. She is the latest edition of the pop group Plasmagica and a gothic lolita kitten. Cyan has a light complexion and large, gleaming emerald green eyes. Her hair is a dark blue that almost looks black, and it is styled in a ringlet curl pattern. She has a white ruffled fabric on top of the body that looks like a maid hat. She wears black cat ears and has a black cat tail. Cyan dresses in a dark blue blouse with a row of black buttons and white ruffled material at the chest. A soft pink ribbon with silver bells affixed to the middle is worn around her neck. 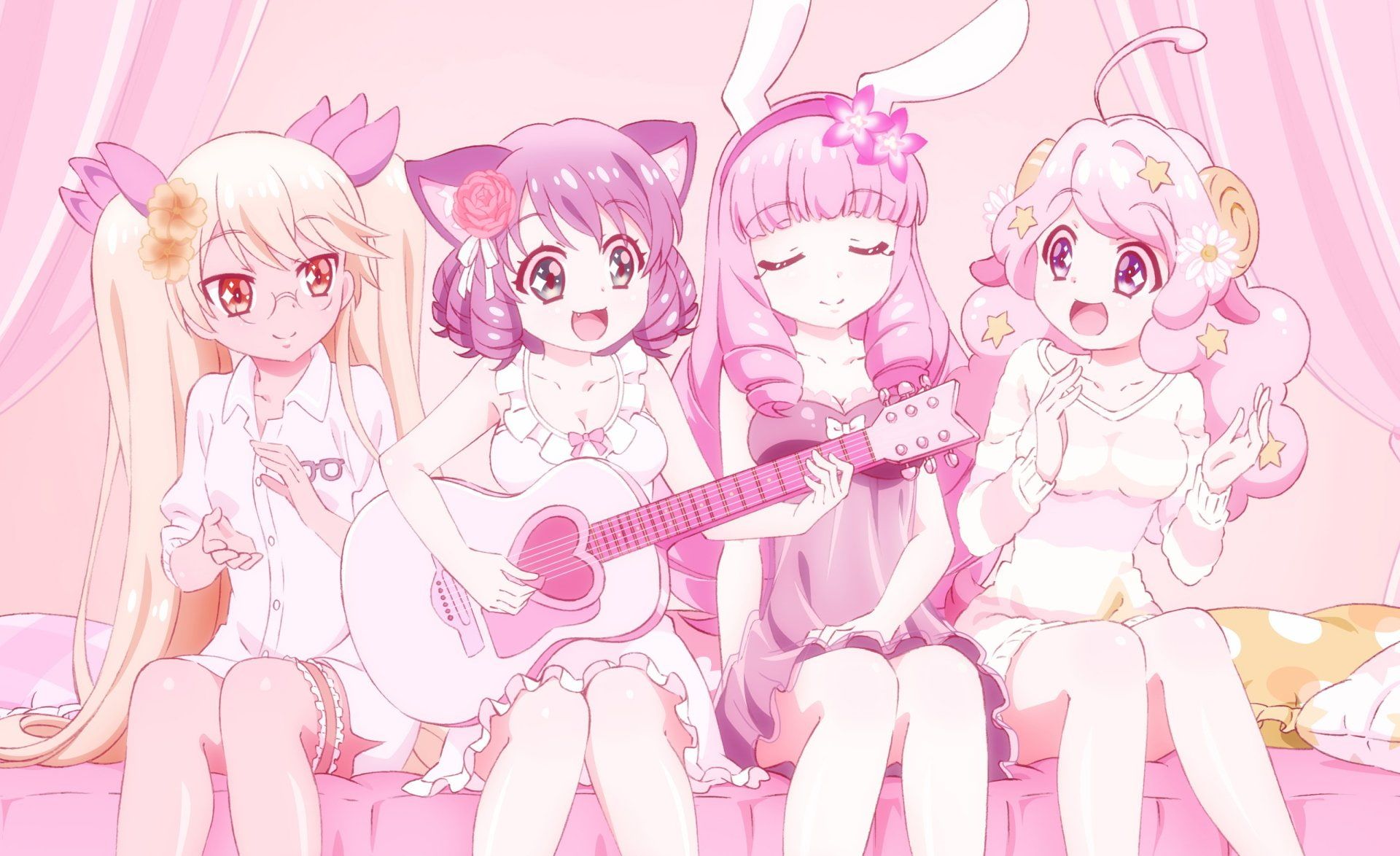 Shizuka Nekonome is among Ykai Academy’s many school teachers. She is Tsukune and Moka’s homeroom schoolteacher as well as the Newspaper Club adviser. She is a Neko-Musume. This means she has a careless attitude and is indifferent to some things. In the human realm, she owns a villa. She portrays a terrible character. Kokoa Shuzen also states that she is afraid of Shizuka Nekonome. In the second series of the anime, Shizuka is a part-time superhero. She is a Catgirl, also known as a Nekomusume, a Japanese cat monster with human skin and ears that match the color of her hair, as well as a cat tail. Felicia was one of two female characters who debuted in Darkstalkers: The Night Warriors, alongside Morrigan Aensland. She has featured in every game in the series as well as a number of crossovers, such as Marvel vs. Capcom 2: New Age of Heroes, where she appears. Felicia is a Catwoman who was raised by a Sister named Rose, who gave her the name Felicia, which is derived from the word Felicity. Felicia left her hometown after Rose died. Intending to become a musical star. She is a vivacious and upbeat feline who enjoys singing, dancing, and making new friends. 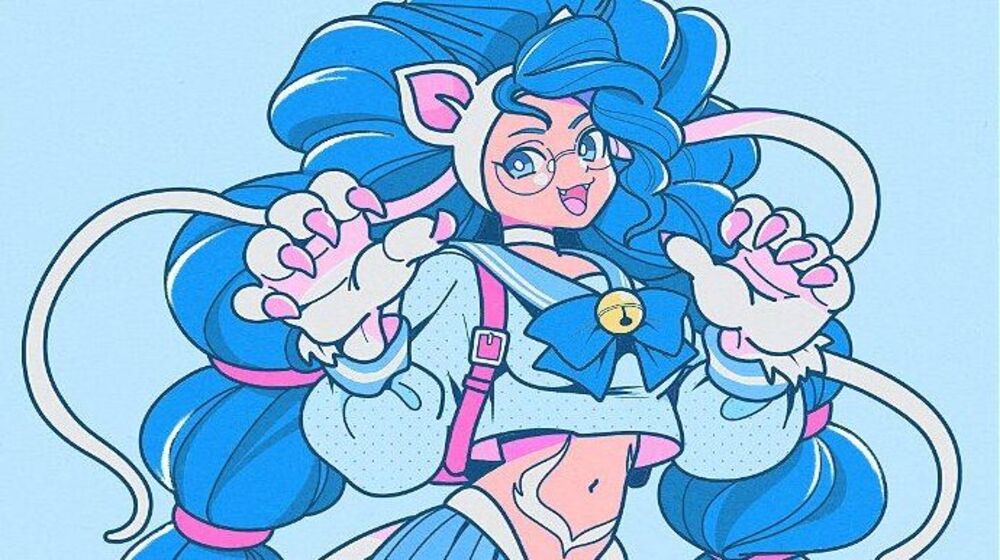 Also Read: Top 10 Most Popular Anime of All Time That Have Aged Well