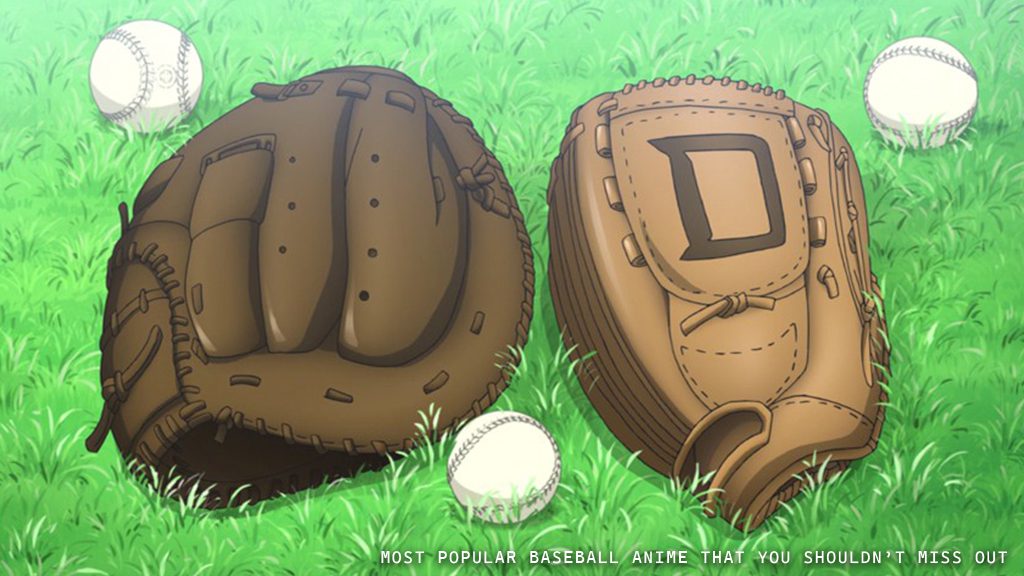 What are the most popular baseball animes? Baseball is one of the grandest sport in Japan. We have seen this sport in so many Japanese anime and movies. However, the sport is no more limited to Japan as many foreign countries are also taking on the sport. There is no doubt watching any sports match gives a great adrenaline rush. Aside from the matches, there are also stories about players and teams, like their uprising or downfall. The sport is a vast place that is full of drama and emotion.

Because of baseball’s popularity, that there is always some baseball reference in most of the animes. Therefore, it is impossible not to have anime based on baseball. There are some great baseball animes which even became the inspiration for many people to take the sport seriously. But you don’t know which baseball anime to watch. No need to worry anymore, as we will talk about the most popular baseball anime that you shouldn’t miss.

This baseball anime is about Takumi Harada, who moves to the countryside to live with his grandfather. He is a talented baseball player and wants to become a professional. But moving to the countryside was bad for him, as no one could catch his pitches. But after encountering Go Nakamura, who adapted himself to catch Harada’s pitches, Takumi decides to the baseball team at his new high school. Together with Go, Harada aims to take this small countryside team to the big leagues. This anime is the creation of Atsuko Asano. It was published in Monthly Asuka magazine by Kadokawa Shoten from 2005 to 2021. Later, an anime adaptation aired in 2016, comprising 11 episodes. 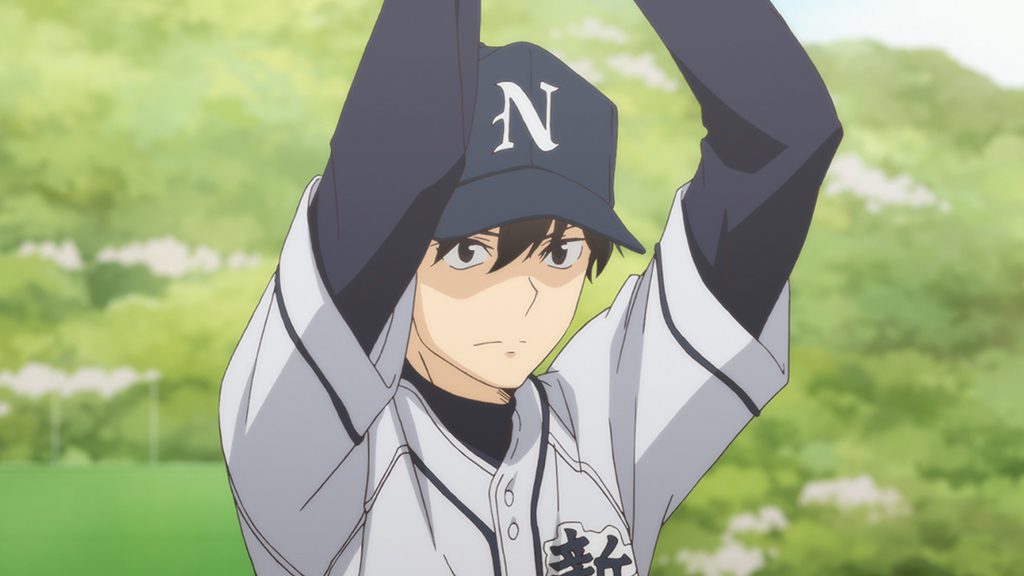 The plot revolves around Minami Kawashima, who hates baseball after her dreams to become professional shatters during her childhood. However, she had to become manager for the Hodokubo High School Baseball team. Kawashima’s childhood friend was the former manager, but after her getting sick, Kawashima took on her responsibilities. But she has never been a manager before and thus, buys a book about managing a baseball tea. But instead of the guide she needs, Kawashima ends up with Peter Drucker’s business management book. Soon, she manages the baseball team like an entrepreneur. Moshidora aired in 2011, comprising only ten episodes. Further, it is based on Natsumi Iwasaki’s novel with the same name. 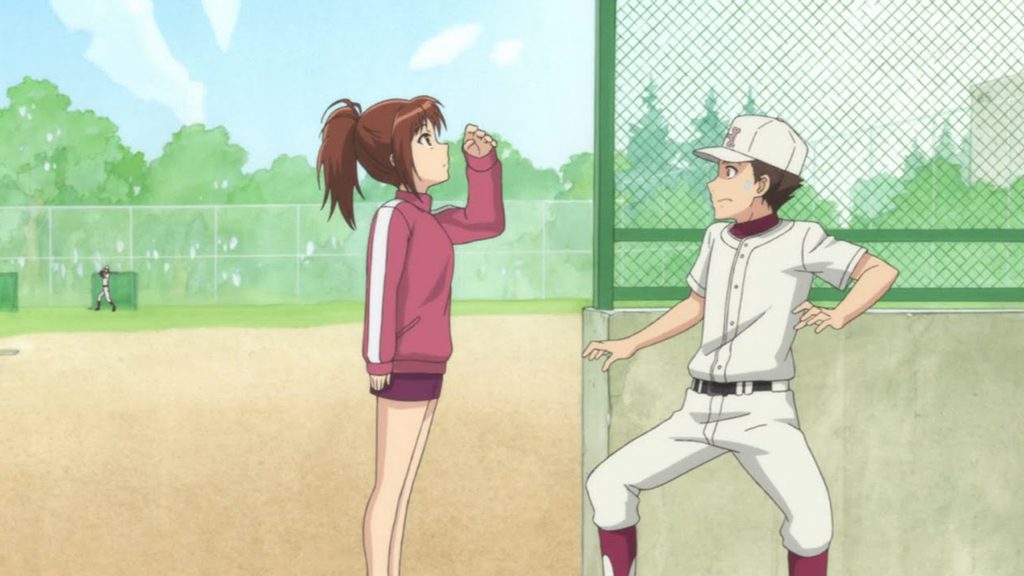 This baseball anime beautifully portrays the message of feminism. The plot revolves around nine high school girls who join hands to form a baseball team. The aim of this team is to take part in the most prestigious baseball tournament. However, taking part is not the only dream but to play against boy’s teams and also win the tournament. To prove to the world that baseball is not a game only meant for boys, but girls can also dominate the sport. The anime aired from 8 April 1998 to 14 October 1998, comprising 26 episodes. It is one of the most popular baseball anime, and you should definitely watch this once. 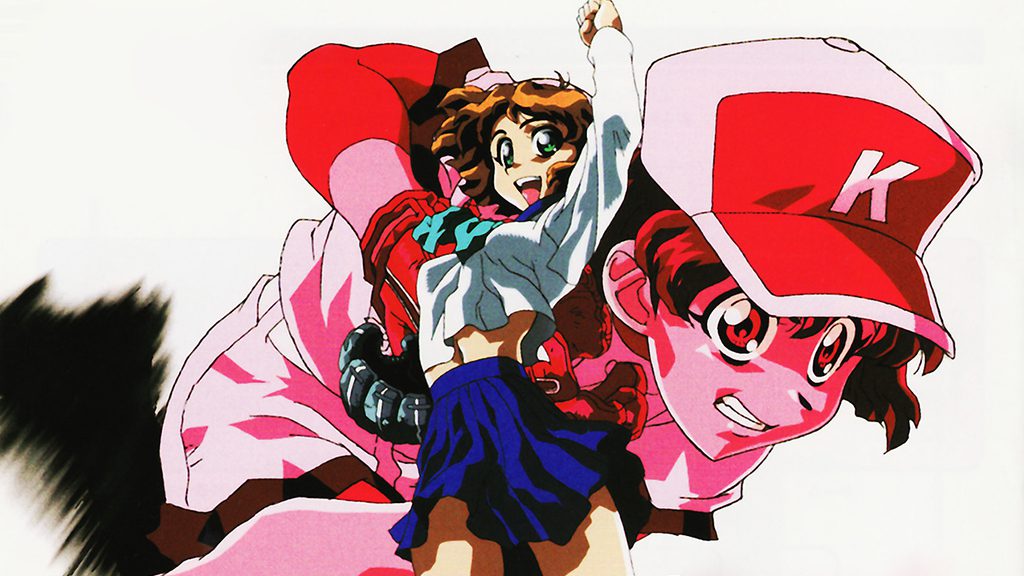 The anime tells the tale of two twin brothers, Tatsuya and Kazuya Uesugi, who love to play baseball. However, the elder brother Tatsuya is naturally gifted for the sport, but he lets his younger brother take the spotlight, who works hard to become an outstanding player. Their childhood friend Minami Asakura supported both the Uesugi brothers. Both the brothers develop feelings, and when Kazuya gets closer to her, Tatsuya realizes his love for her and can’t let his younger brother be with Minami. This anime is a beautiful romantic sports series. If you are a fan of the sport or romance, then Touch is a must-watch for you. This anime series aired between 24 March 1985, and 22 March 1987, comprising 101 episodes. Further, this popular baseball anime is based on Mitsuru Adachi’s manga with the same name. 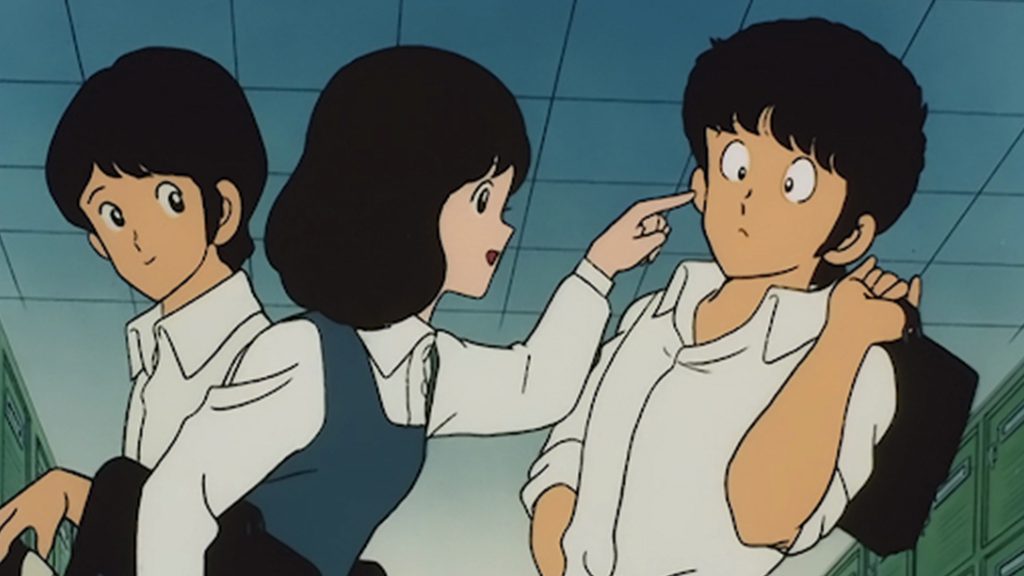 This series is unlike most baseball animes because it also has the twist of completing certain tasks to unravel the secrets of the world. The anime revolves around Riki Naoe. After losing his parents and diagnosing him with narcolepsy, he locks himself away from the world. But a group of four kids called Little Busters took him in, and together they fought against high schoolers. Even after getting to high school, all the group members stayed together. During the second year, Riki plans to form a baseball team. However, the team is low in players, and so Riki looks for players for the team. Meanwhile, Riki’s cat brings a mysterious letter. It tells the Little Busters to complete certain tasks to know the world’s secrets. This anime aired in Fall 2012 and comprises 26 episodes. Further, this anime series is based on a video game with the same name. 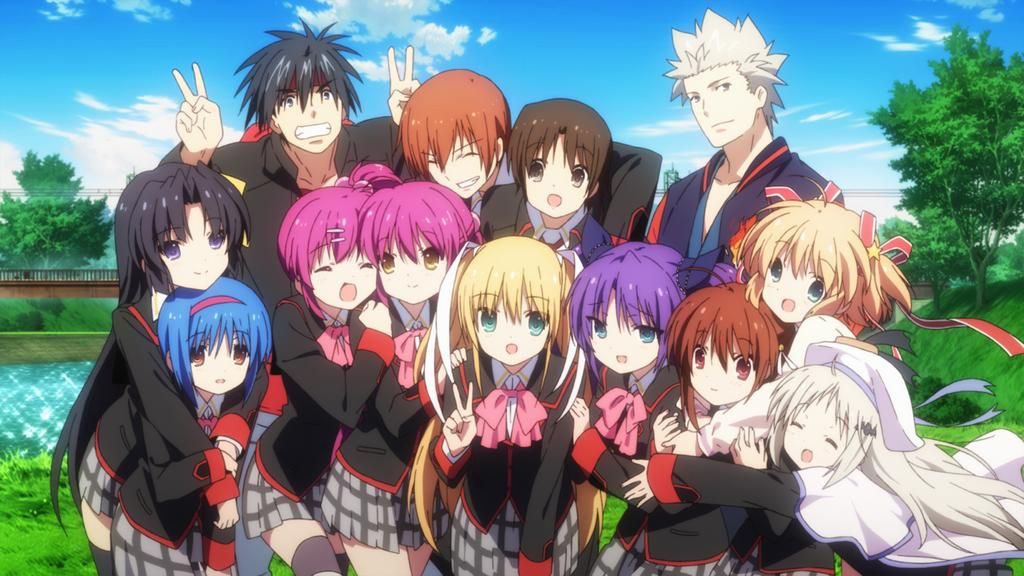 Big Windup! also known as Ookiku Furikabute or Ofuri, is a creation of Asa Higuchi. The anime is based on Higuchi’s manga which began airing in 2003 and is still ongoing. Further, the anime has 38 episodes and two OVAs, which aired from 12 April 2007 to 24 June 2010. The anime revolves around Ren Mihashi, who was the ace pitcher in his middle school. However, he was not that good and only got that position because of his grandfather owning the school. After graduating, he lost his fate and distanced himself from baseball in the highschool. But Momoe, Ren’s high school baseball team’s coach, drags him into the baseball. However, it was different this time because, with the help of his teammates and coach, Ren discovers his potential and becomes a good pitcher. 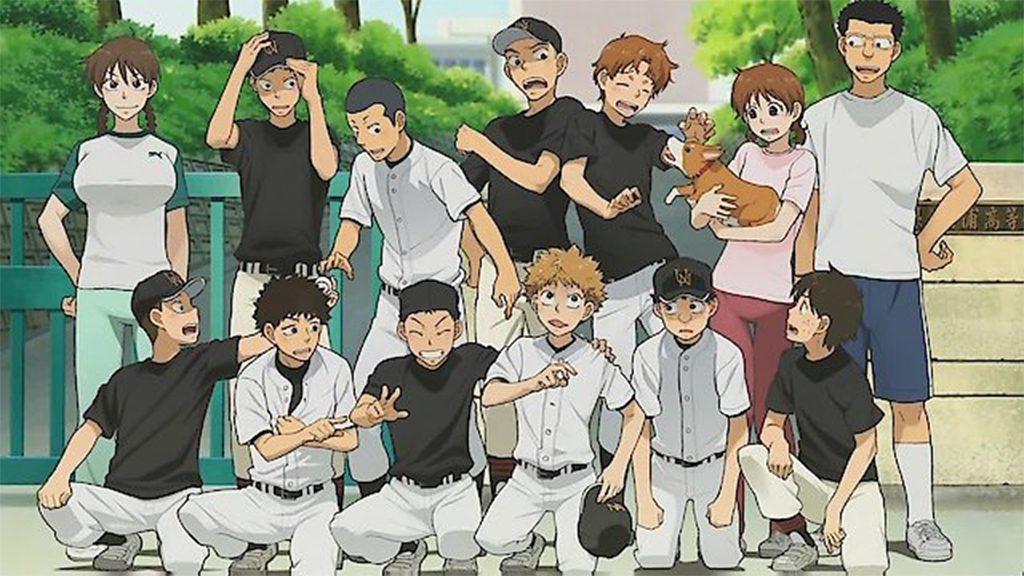 This anime follows the story of Kou Kitamura and Aoba Tsukishima, who are always at odds with each other. However, both their families are close friends and business partners. Kou is the son of a sports shop owner and is a naturally gifted baseball player. However, he hates the sport, whereas Aoba loves to play baseball and is a great pitcher. The two might look polar opposites, but in reality, both have a lot in common. Further, Kou has feelings for Aoba’s elder sister, Wakaba Tsukishima, who helps the two get closer and even play together. Cross Game is the creation of Mitsuru Adachi. This 50 episodes anime is based on Adachi’s manga and aired from 2009 to 2010. 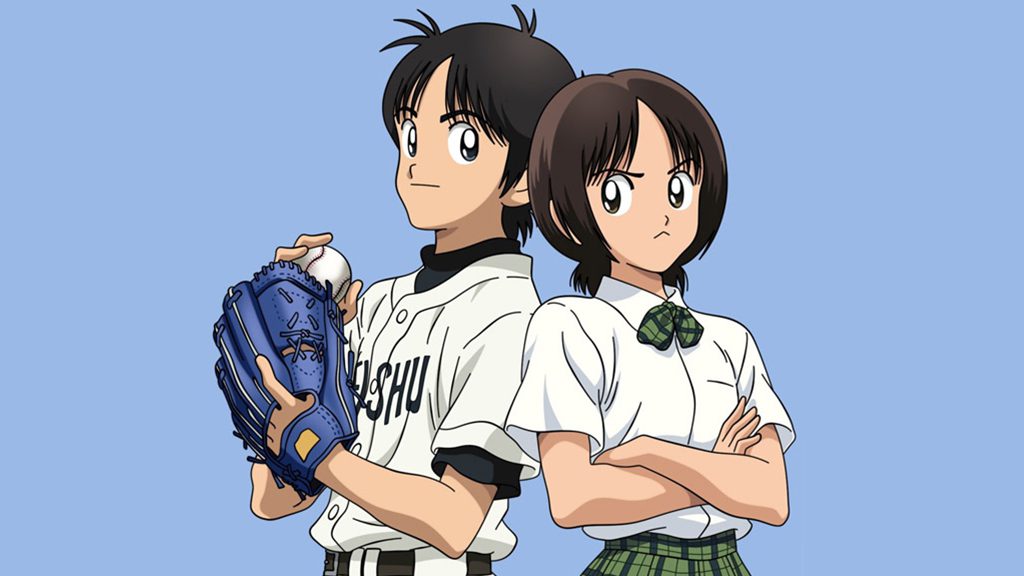 This anime series follows the story of Goro Honda, who aims to be a professional baseball player one day. However, Hond has to overcome many challenges and hardships to become a skilled player. This series is the anime adaptation of Takuya Mitsuda’s sports manga series of the same name. Further, the anime aired from 13 November 2004 to 25 September 2010, comprising 154 episodes and three OVAs. If you are a fan of this sport, then you should watch this one of the most popular baseball anime. 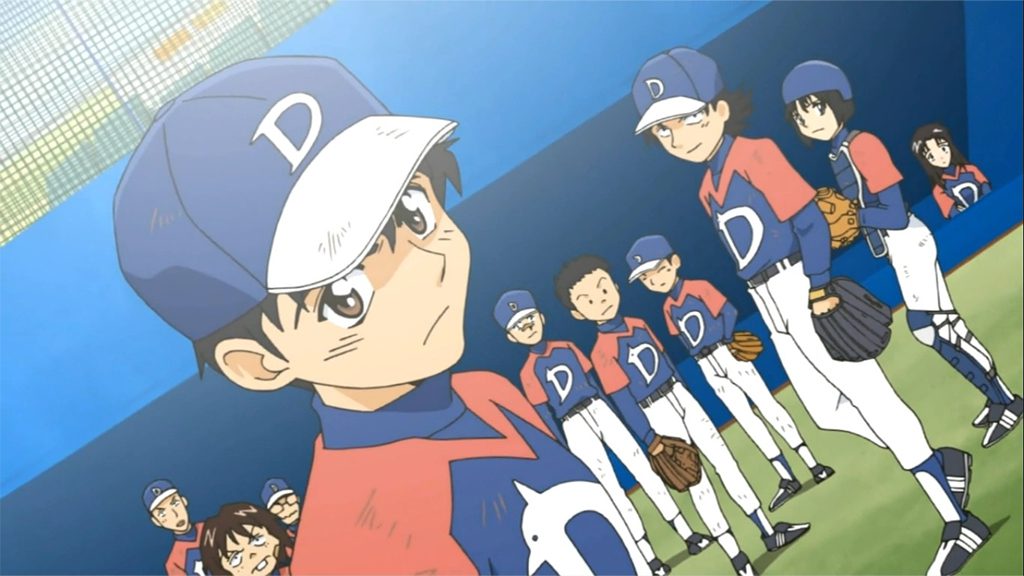 The anime blends the twist of gambling into baseball. The story is about a skilled pitcher, Toua Tokuchi, who uses his skills in gambling. He plays in a gambling game called One Outs, which is played between a batter and pitcher while money is on the line. However, he is soon scouted by Hiromichi Kojima, star batter for the Saitama Lycaons, which is the weakest team in the league. But the club’s owner Saikawa is worried about Tokuchi’s addition. Therefore, he offers the contract that Tokuchi will earn five million for every out, but he has to pay back 50 million on losses. Shinobu Kaitani is the creator of the series, and the anime is from 2008 to 2009, comprising 25 episodes. 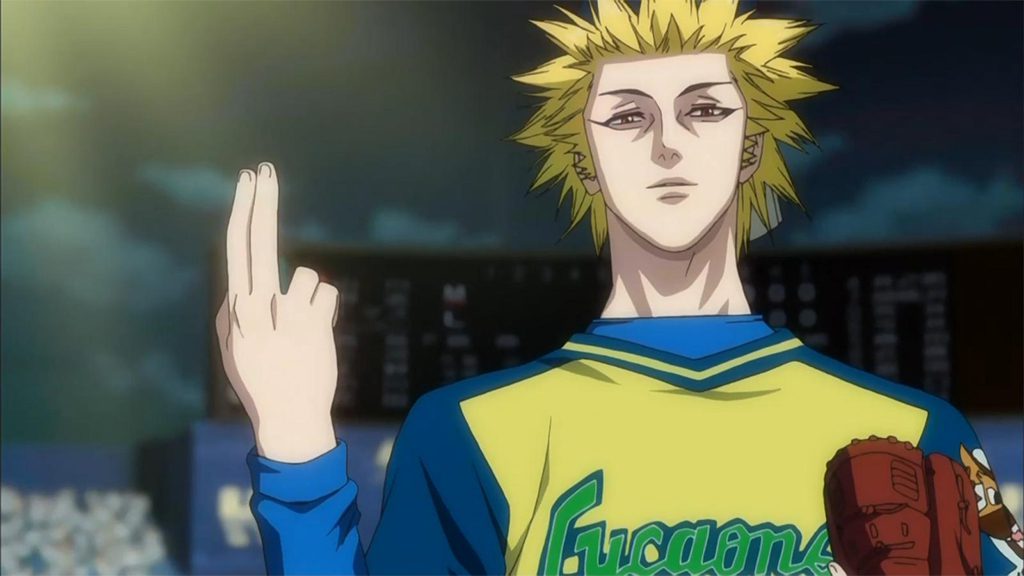 This baseball anime is one of the best anime series, and it is a must-watch which you shouldn’t miss at all. The plot is about Eijun Sawamura, a talented pitcher blessed with a unique style of pitching. He planned to enroll in the local high school, where his friends were studying, and wanted to play baseball in the school’s team. However, he gets a scholarship from a prestigious school, who are known for their powerhouse baseball team. Upon joining the school, Eijun comes to know more about the base, and with the help of his new team, he grows into a skilled professional player. Yuji Terajima created the manga series on which the anime is based. Further, the anime series has 126 episodes and 5 OVAs, which aired from 3 October 2013 to 28 March 2016. Later, a sequel series comprising 52 episodes aired in 2019. 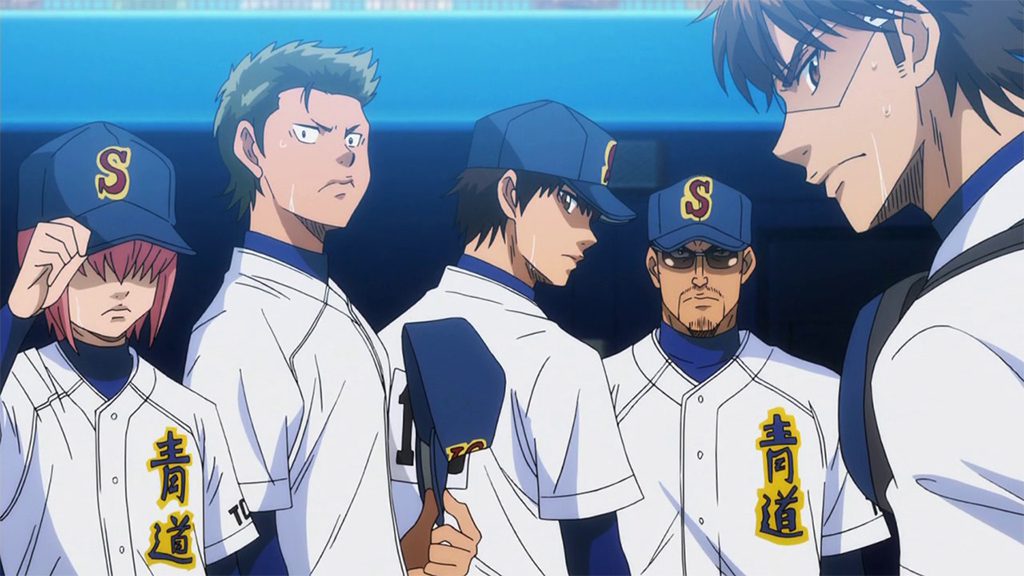