Most Anticipated K-dramas on Disney+ That You Should Know About 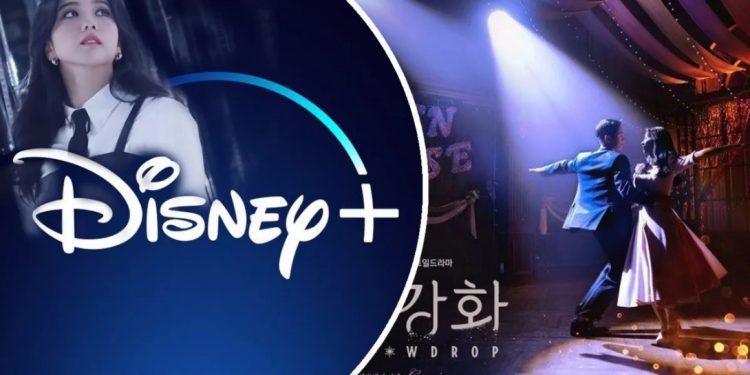 In November 2021, Disney+ finally launched in South Korea. And with Walt Disney’s entry into South Korea, the streaming platform “Disney+” is all set to swim in the Korean Wave with some amazing K-dramas. They are all set to release original k-dramas!!! With their new releases, Disney will be going head to head with top streaming giants like NETFLIX, Rakuten Viki, Viu, and iQIYI, who have been acing the Korean OTT market with some amazing original content, and has been in the game for years now. On October 14, along with announcing the launch, the Disney representative also explained how they’ve been playing an important role in many regional markets, including Korea.

Wanting to grow together, they announced that they would be working with Korean creators a lot more to create and provide more original and quality content in the region. While they are working on over twenty k-dramas. As of now, only five original k-dramas have been announced to release in the upcoming year along with a variety of shows and documentaries. Disney is trying all the popular genres they can for their debut. Starting from the historical dramas, they are also taking up youth, webtoons, supernatural thrillers, horror, and comedy. Here is everything you need to know about the upcoming k-dramas for Disney+.

“Snowdrop’ has become the talk of the town for so many reasons. From its talented cast members to the plot, the upcoming k-drama on Disney+ has been making rounds in the news. Starring Blackpink’s vocalist Jisoo and the actor Jung Hae In as the lead cast members. Jung Hae In has some notable dramas like ‘Something In The Rain,’ ‘D.P.,’ ‘One Spring Night,’ and a lot more. Along with Kim Hye Yoon, who is known for shows like ‘Sky Castle’ and ‘Extraordinary You’. And Jang Seung Jo who is known for shows like ‘Chocolate’ and ‘The Good Detective’. ‘Snowdrop’ is set to release on December 18, 2021. The episode of the k-drama will be available to watch on Disney+.

It is also going to be the very first k-drama originals rolling out by the streaming service for the world. The story goes back to the 1987’s South Korea when it was under a dictatorial government. ‘Snowdrop’ will follow Im Soo Ho, a Korean-German student, and Eun Young Ro, a literature student at Hosoo Women’s University. As he jumped into her dorm covered in blood and how she helped him and ended up falling in love. While followed by Kye Boon Ok, a telephone operator at the dormitory gets involved in a case after attending a blind date pretending to be a student. And Lee Kang Moo from the National Security Planning investigates the case.

Another one of the k-dramas to come out on Disney+ is the “Kiss Sixth Sense”. Looking at the immense success of the k-dramas based on the webtoons, the upcoming k-drama on Disney+ is based on the webtoon of the same name. Illustrated and published by ‘Gatnyeo,’ “Kiss Sixth Sense” is a 2019 webtoon available on Naver. The k-drama is going to release in 2022. While the filming hasn’t started yet, the casting has already started for the show. ‘Dr. Brain’ and ‘Crash Landing On You’ star Seo Ji Hye and ‘Chocolate’ and ‘Crime Puzzle’ star Yoon Kye San is starring as the lead couple for the show.

The story follows Ye Sool, who works at an advertising company, and Min Hu, her boss whom she really hates. Ye Sool has a sixth sense where if she kisses a person, she can see their future. One day accidentally kissing Min Hu’s neck, Ye Sool sees them together in bed naked. She is not so sure about her feelings about the scenario considering how much she hates him—and making a promise to herself that she’ll never let it happen.

K-dramas like ‘Police University,’ ‘Chimera,’ ‘Mouse,’ and a lot more police dramas have been getting popular globally. Collaborating with director Kim Byung Soo, Disney+ is working on a new police drama titled ‘Rookies’. Along with a popular star cast, an engaging storyline is also in the process. As the production team is done with the casting process, the filming is all set to start in the upcoming year. Wanna One’s Kang Daniel will be making his debut with the drama. While Chae Soo Bin will be having her second main role of the year. Along with them, Kim Yoo Na, Cha Yoo Gon, Lim Shi Young, and Min Do Hee have been cast for the supporting roles.

‘Rookies’ will follow the story of Wi Seung Hyun, son of the commissioner of the Gyeonggi Dongbu Police Agency. Aspiring to be just like his father, as he is starting the new chapter of his life at Korean National Police University. He ends up getting involved with a not so idol woman, Go Eun Gang. The story will be following the new generation of the 2000s who made their way through college life in the conservative universities in Korea. ‘Rookies’ is all set to hit Disney+ sometime after the summer of 2022.

Straight from the vault of the BaekSang Arts Award-winning writer Lee Soo Yeon. Disney+ is working on another of its upcoming k-dramas titled “Grid”. Another detective thriller with a slice of horror. The upcoming k-drama on Disney+ has already finished filming and has a start-studded talented cast. “Entourage” and “Cheese In The Trap” fame Seo Kang Joon and “Live Up To Your Name” fame Kim Ah Joong will be playing the lead. Along with “Juvenile Justice’ fame Kim My Yeol, ‘Sweet Home’ fame Lee Si Young, and “The Fiery Priest” fame Kim Sun Kyun.

“Grid” will follow a detective and a bureaucrat as they investigate the truth behind a cryptic system that helped save mankind from an inevitable crisis. After doing its work in 1997, the entity resurfaced again 24 years later to protect a serial killer. The drama is full of crazy conspiracy theories, ghosts, murders, and some hardcore investigation to keep the viewers glued to their seats and screens. “Grid” will be premiering on Disney+ in the first half of 2022.

Another one of the k-dramas based on a webtoon Disney+ is working on is “Moving”. Based on the supernatural webtoon written and illustrated by the South Korean visual artist Kang Full. “Moving” will be premiering on Disney+ in the second half of 2022. Filming is all set to start along with a star-studded cast. The leading cast members include Zo In Sung, who is known for his k-dramas like “The Winter the Wind Blows,” and “It’s Okay That’s Love”. Back in the acting game with her recent drama “Happiness,” Han Hyo Joo has also joined the cast. Along with “Police University” and “Sassy Girl” fame Cha Tae Hyun, and “Kingdom’s Ryu Seung Ryong.

Also Read: The Ending of ‘ Capone’ Explained: More than just a Biography!

The story will follow three teenagers played by Lee Jeong Ha from “Nevertheless,” Ko Yoon Jung from “Sweet Home”  Kim Do Hoon from “Dr. John” on their adventures of discovering their supernatural powers. Along with their parents trying to hide their own powers. While they fight dark forces that threaten multiple generations across different time periods, each character has a unique set of gifts, including flight, superhuman senses, the power to heal, and brute strength.

While the plots of the shows look engaging, there is still time for them to premier. Till then, Disney+ is also premiering a spin-off of the popular Korean variety show “Running Man”. It will be starring Kim Jong-kook, Haha, and Ji Suk-jin.

Along with that, “BLACKPINK: The Movie” will also be available to stream on the OTT platform. Other than that, content from Disney, Pixar, Marvel, Star Wars, National Geographic, and Star along with their hits like WandaVision, Loki and The Falcon and The Winter Soldier; Star Wars series The Mandalorian and a lot more will be available to watch on-demand.

Who is Joe Byron on Tiktok? The New Viral Tiktok Sensation