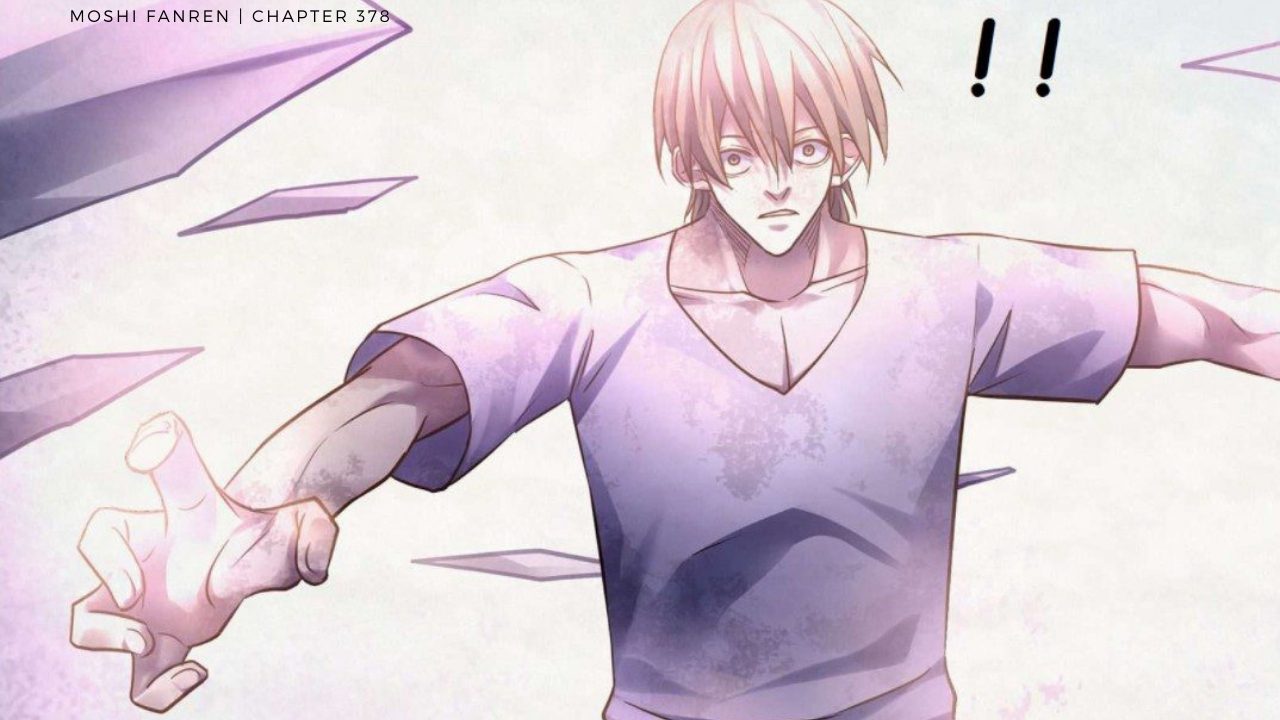 The final battle between Zuo Taichen and the Green Eyed-Monster starts with Moshi Fanren Chapter 378. Zuo and the beast had a back forth and teleported to the beast’s territory. Moshi Fanren reveals the thousand years of a brawl between humans and human beasts. From the recent Moshi Fanren chapter, Zuo lost his gem and realizes that he is out of strength to fight. But he decides to give it all as the battle continues. The beast scolds Zuo for ruining his plans and hiding the weapon when they clashes. Zuo replies that he waited for the beast to cut near him to land the final strike.

The beast is surprised that a human tricked him, and Zuo unleashes a massive razor blade and cuts the breast in half. The beat soul rampages on wind looking for the body to host. Zuo realizes that the beast’s soul is hunting him and trying to possess his body. The spirit shouts that he won’t be able to stop it from taking his body. Zuo uses his gigantic sword to block the spirit as it tries to enter his body. The spirit comments that it is more powerful, and Zuo won’t be able to stop it.

It told Zuo that humans are scum; they stole its power of evolution and destroyed the body. Zuo notices that it is trying to force in, and the spirit sid that Zuo’s body will be his since it has a strong physic level. Zuo uses the sword and cuts through it while assassinating it once and for all. He falls on his back and realizes that the battle is over. Ren Yan, Lin, and the other warriors fight with the Undead Army on the other side. 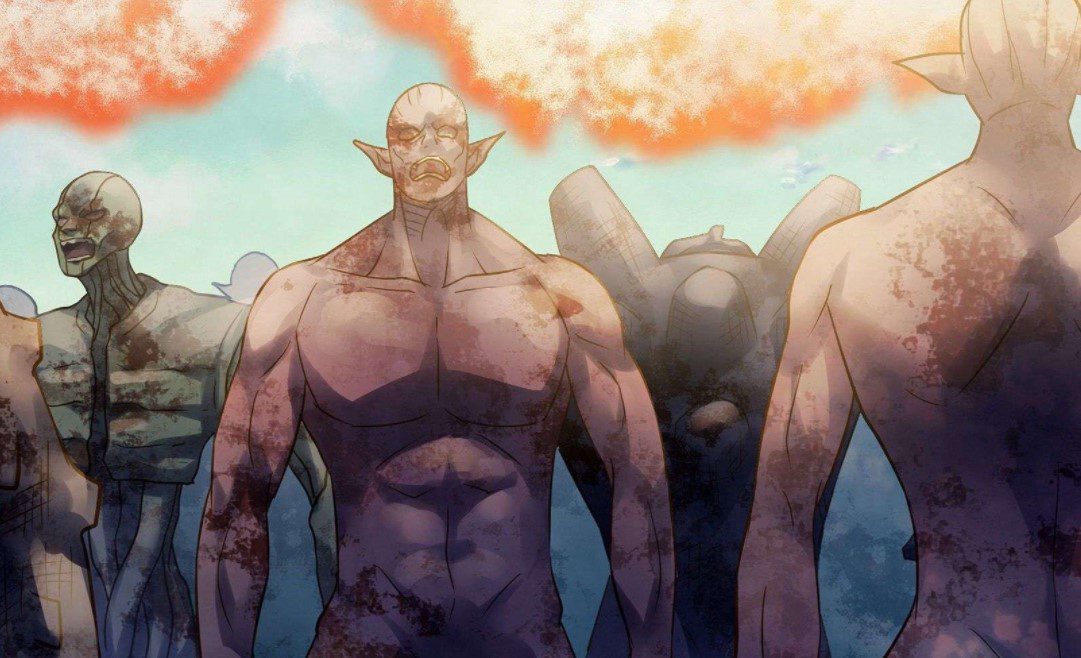 Lin reminds Ren to use that Flood attack against the Undead, and Ren asks her if he is washing machine. The Undead begins to emerge in numbers trying to eat the two, but they keep getting cut.  Lin reminds Ren that if he uses that attack, she will support him with 70% of her Virus Pool, and they will be able to blast these monsters with a single slash. The two realize that they can’t fight with this army for a long time since Zuo need their help. They exchange words, and Ren decides to lead the Infected one to burn them into ashes.

The two are surprised to see the heads of Udean falling to the ground one by one and wonder who is killing them. They heard a voice saying Loong Hua’s beloved girl was here. After shooting the Undead with explosive bullets, the blond guy joins her and gets rid of them. Ren comments that the duo came at the right time, and the blond guy realizes that he is talking with Sensei Qi Lin and Ren Yan. He reveals that he is Fei from Loong Hua City, and the lady with him is Luo Lansha.

Ren comments that they still have many enemies that need to be taken care of, and they will get it done fast with their help. Fei told the two not to worry about those minions since they would get eliminated with a single blast. They managed to finish the remaining one, and Ren asked about Tier 4 in Loong Hua City. They talked about Zuo, who is battling with God on a one-on-one. Xuan-Xuan arrived and told them they had to meet with Zuo after killing the new army that she used explosion against them. 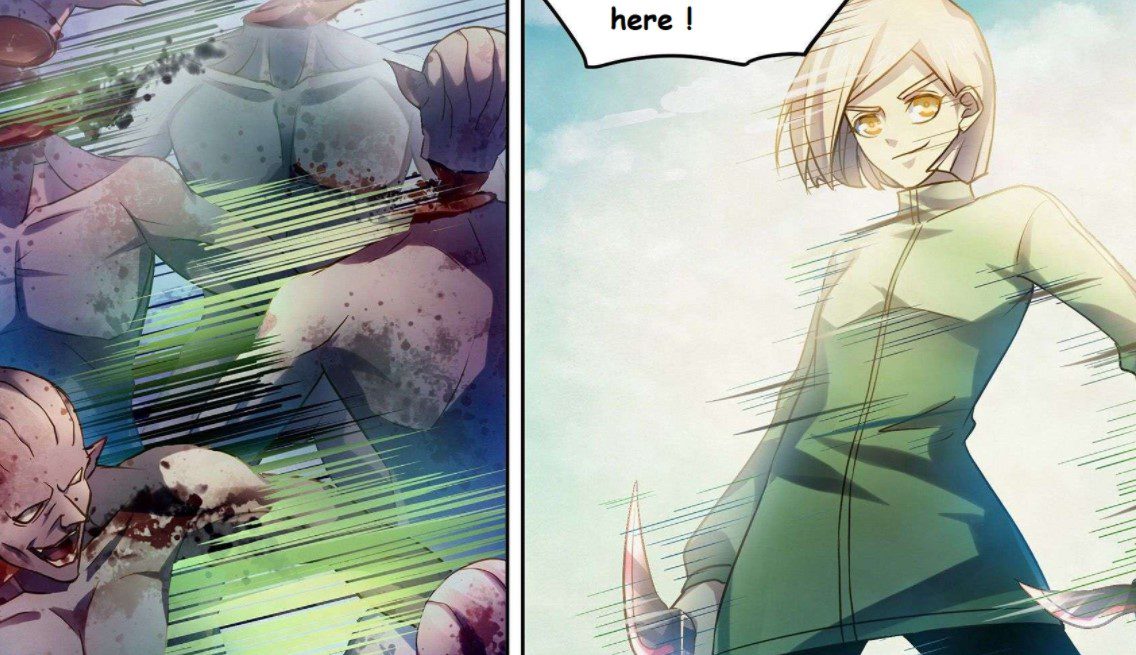