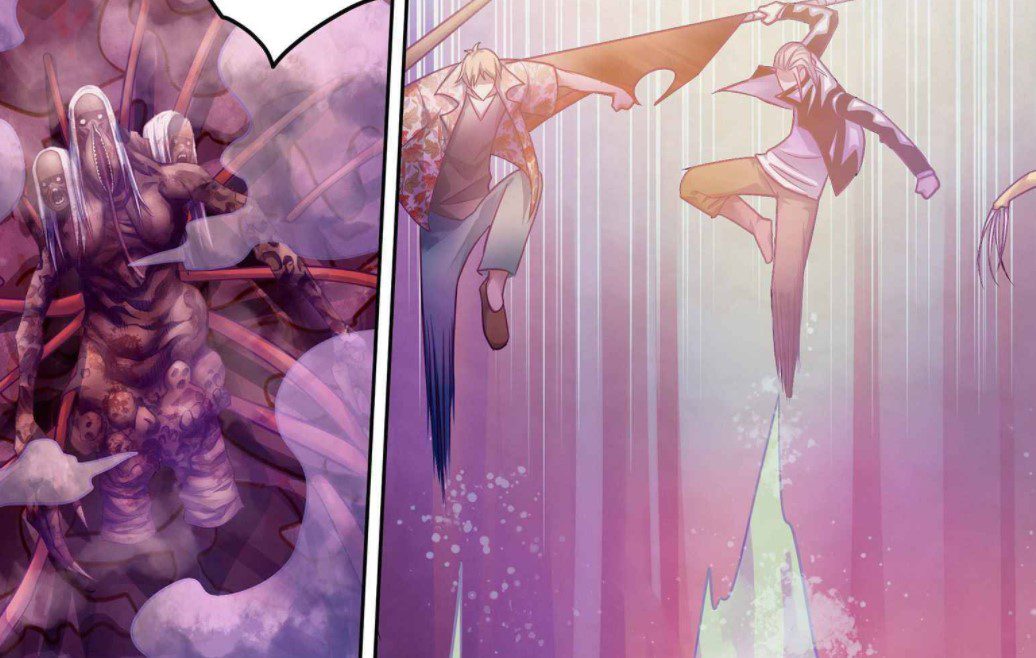 Zuo Taichen vs. Duan begins with Moshi Fanren Chapter 374 with Zuo trying to take down the monstrous green-eyed beast that got summoned by Duan. This chapter will release this coming week. Moshi Fanren revealed the battle between Zuo and Monsters ever since he arrived in another world. From the recent chapter of Moshi Fanren, Zuo, Ren Yan, and Lin counter-attack the beast, but the beast seems formidable to their attacks. The chapter begins with the trio trying to defeat the enemy. Zuo is impressed that Ren helped him survive a mighty blow.

Ren comments if they don’t win now, she will write the world upside down. She uses Freeze against the three-headed beast. Lin reminds Zuo to attack before the beast dispels their magic. Zuo and Lin attack with two flying blades, and the beast wonder if those blades can pierce him. The beast told the two that he is unbeatable and teases them. The trio gets furious, and Ren attacks with a shower of ice spears. Zuo told the two to relax. Lin feels like the ability got stripped away. Ren decided to slow down. Zuo realizes that the beat uses a Spiritual Storm and concentrated her powers in one direction to show Mental Storm.

The trio analyzes the battle and plans how they will attack the beast. Zuo realizes that a four-way fight is not easy. Lin thinks that this plan will get them weakened when they are not striking at close range. Ren decided to try the blindfolding technique and send mist to the beast. The beast realizes that the fog is taking the powers, and he can’t read their position. The beast thinks that this is his territory, and they can beat him in his realm.

He unleashes Metal Storm to get rid of the mist. The beast realizes that Ren is buying time for Zuo and Lin to attack him, and those two are the only ones that can hurt him. He believes that he will know their position when they attack, and the mist won’t stand in his way. The trio emerged from the water and decided to attack at full force. The beast noticed that they are aiming to attack Melee. He told them they are wasting time; even if he is tired, they can destroy him. The beast sent a hurricane trying to slow the trio down. 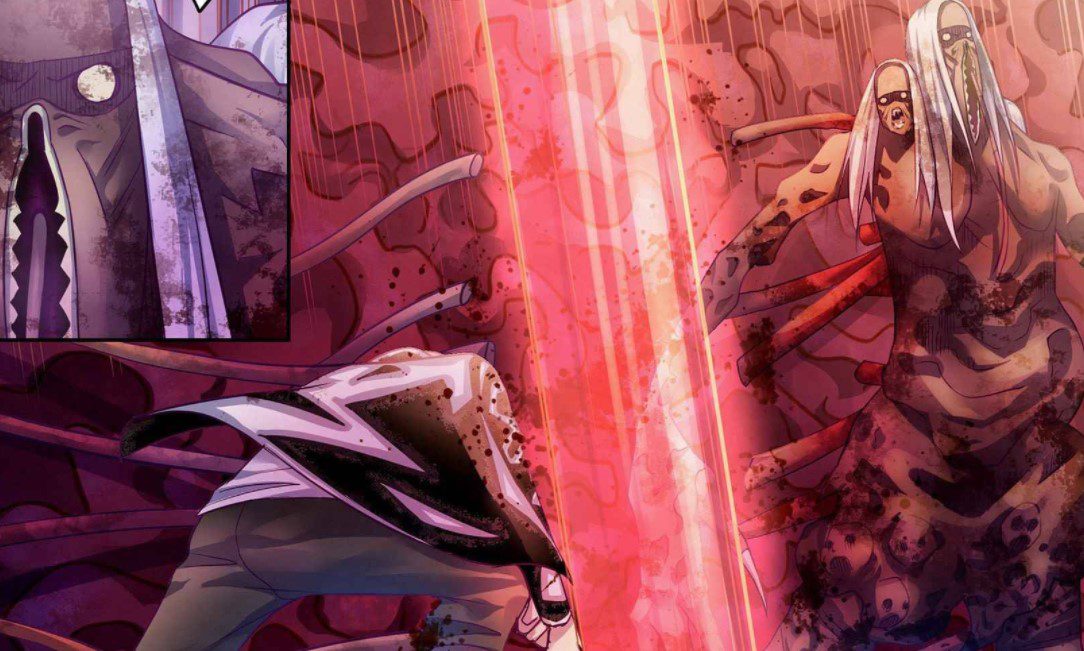 Zuo asks the beast, who told him that they would chop him and cut the beast’s hands. The beast realizes that they are aiming for vital organs. Duan, the priest, returns, and the beast is glad that she is back in action. Duan told the beast that she was trying to reconnect to the temple and waiting for him. Zuo remembers when he clashes with Duan at the first round before she vanished. Zuo realizes that s long as the shield gets destroyed, the connection between God and Liar will get cut off and wonders if they can win.

Duan told him that there is a difference between winning and killing. Zuo realizes that they have to seal the escape channel to kill these two beasts. The beast is furious and realizes that Duan has betrayed him. He wonders why Duan is siding with humans since she had a brawl with Zuo. The beast reminds her that he gave her the powers to become a priest. But now, she is siding with humans. Duan told Zuo to hack the beast to death. She grabs the monster for Zuo to land a killer blow.

Moshi Fanren Chapter 374 will be released on Sunday, 29 August 2021. The new chapters sometimes release twice a week, and the manga sometimes uses a Sunday schedule. Moshi Fanren updates a new chapter every week, and we will keep on updating the latest details of this manga; the next chapter will release soon, and they don’t get a weekly break often. For now, we have no official websites to access the latest chapter of  Moshi Fanren officially.