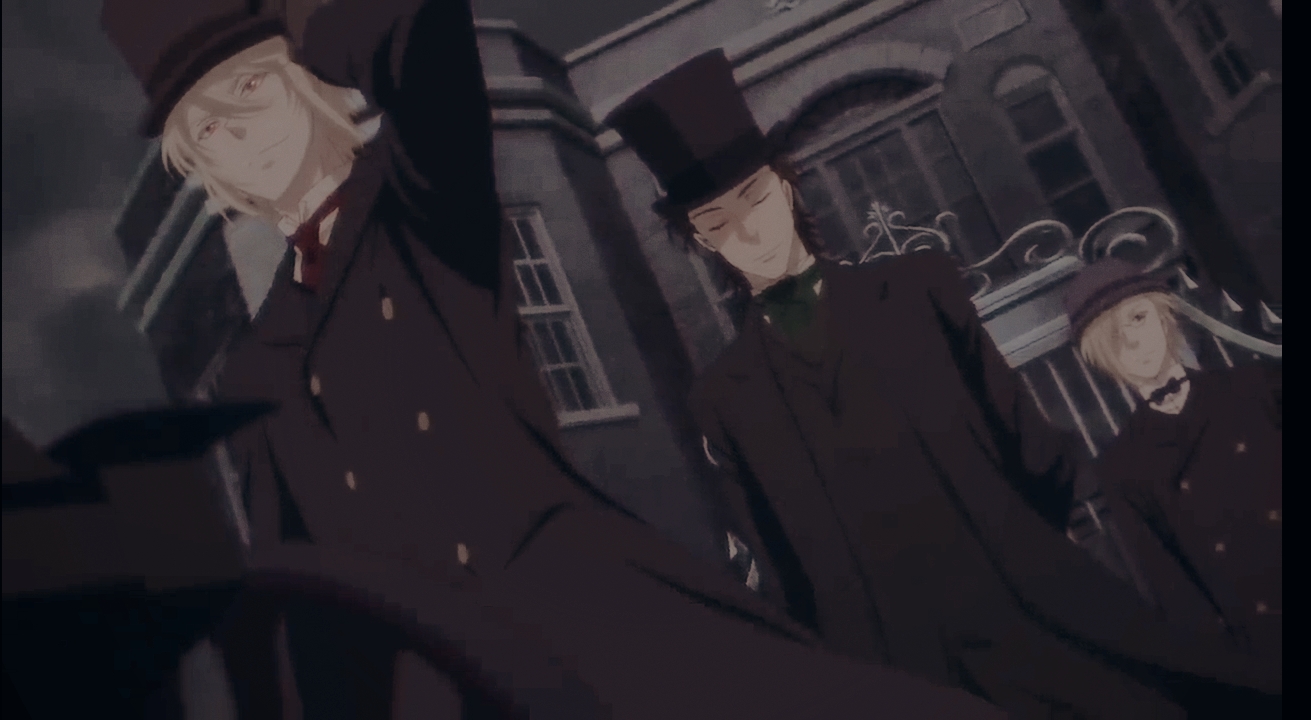 From right after the second cour resumed, Moriarty The Patriot has not fazed from providing more juicy content. After its 4 month break, the second cour aired its 12th episode on April 4. The series airs new episodes every Sunday. On April 11, the 13th episode was aired. A genuinely entertaining series, Moriarty The Patriot narrates the memoirs of James Moriarty, the evil mastermind from the Sherlock Holmes series by Arthur Conan Doyle.

In the previous episode, we were finally introduced to a crucial character from Sherlock Holmes, Irene Adler. Irene Adler, the beautiful woman with a knack for stealing, imports documents for her motives. We also saw more from Sherlock’s elder brother, Mycroft Holmes. Irene has become a target of the British government for stealing important papers. Under self-created circumstances, Irene loses her home and comes to live with Sherlock. Additionally, she gets an anonymous letter.

Spoiler Alert: The following contains spoilers from episode 13 of Moriarty The Patriot. Please refrain from reading ahead if you haven’t watched the episode and don’t want it spoilt.

The aristocrats have come to attend a masquerade ball. The hosts have decided on a game-themed after the rumored Lord Of Crimes. In this riddle game, the hosts have selected a guest to play the role of the Lord Of Crimes. He will commit murders by a specific gesture. Anyone who becomes a victim of his crime will have to remove their masks and donate the most precious item on their clothing for the establishment of a college. Whoever is ‘murdered’ will be sent upstairs and thus will be prohibited from taking part in the ball. The goal of the other guests is to get hold of the Lord Of Crimes, thus ending the game.

One guest among many is Albert Moriarty. He comes across a conflicting argument with Baron Ronald Rollinson, who also happens to be the chosen Lord Of Crimes for the game. Offended by Albert’s remark, Baron decides to target him for the game. Using ‘spilled wine’ on the back as a gesture, Baron murders Albert in the game, and thus Albert leaves to go upstairs. Another young man in the back claims to have wine stains in the back and follows Albert. However, Baron is perplexed since he had not targeted the second man. 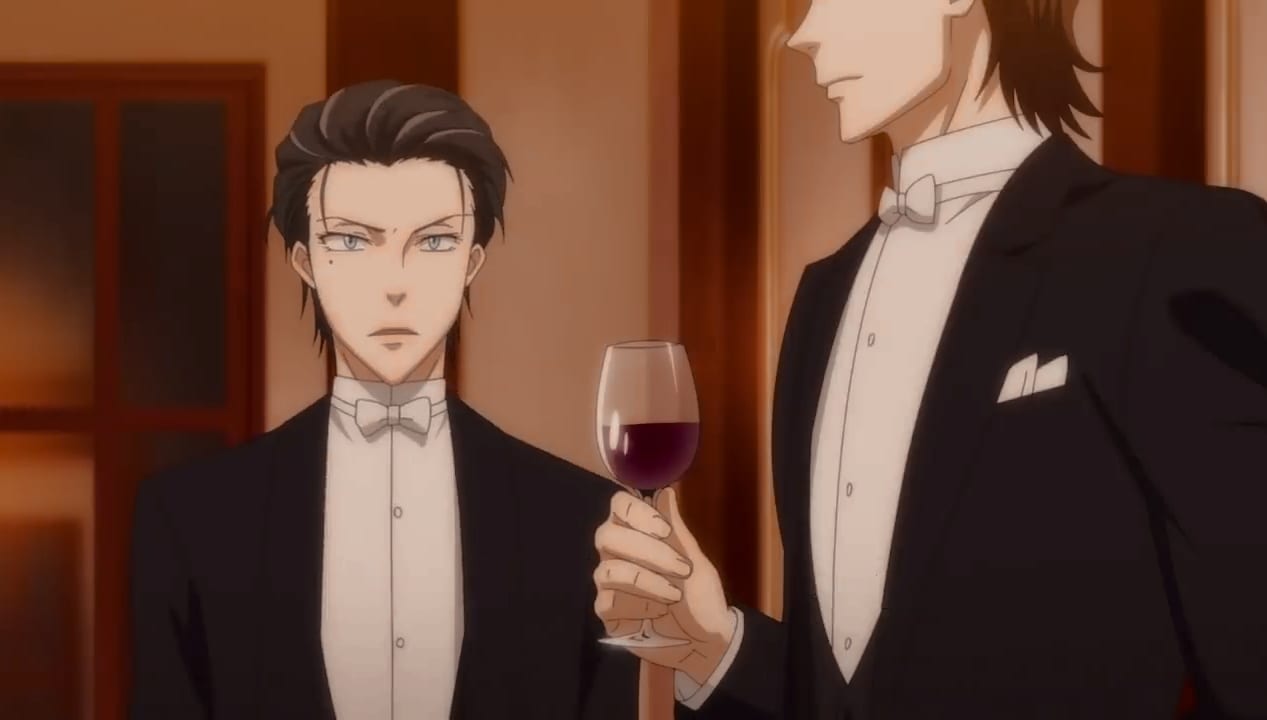 Once they reach upstairs, Albert smiles and recognizes the disguised young man as Irene Adler. Irene tells him that she will return the papers on only two conditions: her safety be guaranteed, and her crimes are overlooked. However, Albert calmly refuses to accept both her conditions. He tells her that he had not arranged this anonymous meeting as a servant of the British Empire. He had already deduced that Irene was already at a disadvantage since the information in the papers was beyond her capacity to handle.

Albert makes an offer to save her without returning the paper to the British. He asks her to tell him whatever information was held in the papers. She agrees and tells him everything she knew. Albert breaks out in a maniac laugh, finding it interesting that the scandal this time is not about an aristocratic family but the entire nation.

Doubtful, Irene asks if he would help her. Albert replies to this by illustrating his power in the form of Baron’s orchestrated murder. Albert had already poisoned Baron, because of which he dies. He tells Irene that he plans to save the world through crimes and aids her help. Albert ends their meeting by asking Irene to meet him in the church along New North Road in Hoxton at five o’clock, before dawn.

Back At Baker Street

Irene goes back to 221 Baker Street to retrieve the papers. To her shock, the first floor gets bombed the moment she is about to entire. Panicking, she enters to find Holmes and Watson injured. Realizing that the papers are putting the lives of those around her, she rushes to get them and runs away. However, Sherlock appears from her back, revealing that the bombing was staged to get the truth out of her.

Sherlock attempts to see the paper, but Irene stops him, saying that there’s no going back if he sees the content of the papers. He does not stop and reads them anyway. The papers contain secret information that The French Revolution had been orchestrated by the British Empire as an experiment. Irene tells Sherlock about her past that she had been living off by blackmailing aristocrats since she wants to change the world. Watson is doubtful, but Sherlock convinces him that she is telling the truth.

To get the papers back, Irene lies that she has made a deal with the government. They have agreed to overlook her crimes if she returns the paper.

After she leaves, Sherlock tells Watson that he knew that she was lying. However, the information was too heavy for her to have dealt with it herself. This led him to conclude that she had found someone else to deal with it for her. He immediately realizes that the Lord Of Crimes is in action again.

Episode 13 of Moriarty the Patriot takes Albert to the spotlight. Making use of his powers within the empire is much similar to how he used his powers to bring William James Moriarty to life. The episode was powerful. The anime is making use of much historical data and merging them.

The very significance of James Moriarty has been split into three. James Moriarty is no longer a single persona but the merged identity of the three brothers. William plays a majority role, but he would be quite lost without Louis’ support and Alberts’s influence.

On the other hand, for Sherlock, finding the Lord Of Crimes has become an obsession. However, since the series is loosely based on the original work by Arthur Conan Doyle, I can’t help but point out that some characters have unfitting personalities. Irene Adler has too much good in her,  contrary to her sly, crooked character. Holmes, who was supposed to be highly deductive, keeps acting recklessly.

Although blowing up the house gave fruitful results, but it barely seems like something Holmes would do especially when he could easily deduce the location of the papers.