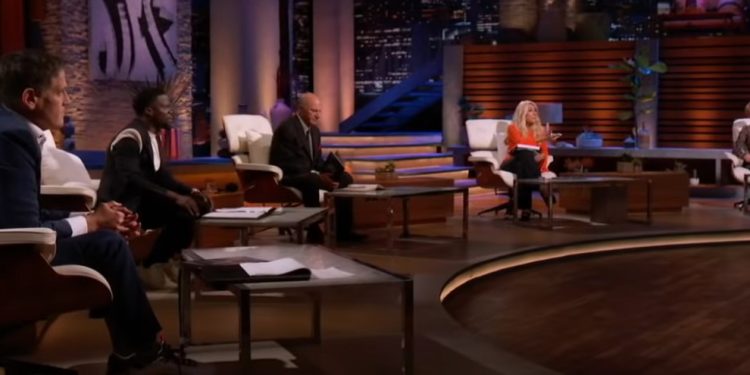 Which entrepreneurs will have their dreams and businesses bolstered by the business moguls in Shark Tank Season 13 Episode 11? In the last episode, the sharks welcomed another big business entrepreneur, the comedian, entrepreneur, and actor Kevin Hart. He joins Mark Cuban, Lori Greiner, Barbara Corcoran, and Kevin O’Leary in another round of promising pitches for the next billion-dollar idea in the wildly popular show “Shark Tank”.

If you’re not familiar with “Shark Tank”, its premise is fairly simple, it is a celebration of capitalism at its best. In every episode, a group of promising entrepreneurs will pitch ideas to a group of businessmen in exchange for financing and stakes in their company. Some people make it and have their idea become the next best thing since sliced bread, and others get to go home with a lesson in entrepreneurship. And now, let’s take a look at this show here at Otakukart without any further ado.

Shark Tank has Kevin Hart as a guest in this episode. Firstly, we have a tool that takes snacking to another level. These guys are called “Snactiv”, they want a couple of hundred thousand dollars in exchange for 10% of the equity of their company. Their pitch is a snacking tool to keep hands clean while snacking. A couple of ring chopsticks that keep hands off those Cheetos while you text and work. The concept is innovative, and the Sharks can’t stop laughing. After a round of tough negotiations between Kevin, Lori, and Kevin Hart, take the deal home.

After a biographical profile on Kevin Hart, two dudes come up with the “Smart Tire Company”. Firstly, their pitch goes about high-performance airless tires that use space-grade alloys. Secondly, the men want half a million dollars and 2.5% equity. That pitch makes everybody laugh. But then things get interesting as questions go about. Also, Mark Cuban isn’t impressed with how these guys raised the capital. Also, they have a lot of difficulties doing the pitch. And because of that, Lori backs out. Later on, Mark Cuban is out, and after that is a domino effect. It goes kaput.

This couple wants half a million and 15% equity for their project “Candi”, a social network that allows fans to video chat with their favorite celebrities and influencers. The pitchers put on a video with Grammy-Award winner Mya as an endorsement. After the questions, skepticism raises, and everybody walks out on the proposition. Their faces of disappointment were evident.

Black Sands Entertainment seeks half a million and 5% equity. This group wants to become a black-owned entertainment company to promote stories about black characters and superheroes and tell black-centered stories. Later on, the group puts up a promotional video wishing to bolster their reach from comic books into a full feature animation project. Mark Cuban and Kevin Hart jump in for half a million but for 30% of the stake. The pitchers counter pitch, which gets rejected, and they take the initial offer.

Where to Watch Shark Tank?

If you want to watch Shark Tank, you can watch it on ABC during airtime. Alternatively, you can watch online via the ABC app or website. Also, Shark Tank is available for streaming in Hulu. You can also watch it via Fubo TV. Moreover, you can rent our purchase episodes on platforms like Google Play, Vudu, iTunes, and Amazon Prime Video.

Shark Tank Season 13 Episode 11 will release on January 14, 2022, on ABC at 20:00 hrs, Eastern Time, United States. Firstly, every episode stars Barbara Corcoran, Mark Cuban, Robert Herjavec, Kevin O’Leary, Lori Greiner, and Daymond John. Secondly, every episode lasts about 45 minutes. With this, we conclude our coverage of “Shark Tank” here at Otakukart. Thanks for reading our article, and please keep coming back to our website for more daily updates on all your favorite shows, movies, and series.

NCIS Season 19 Episode 11: The Team Faces Off Against The Navy