Morbius continues to face delay for another sixth time and here is the reason why we may have to a wait for three more months to see the Vampire on big screens. 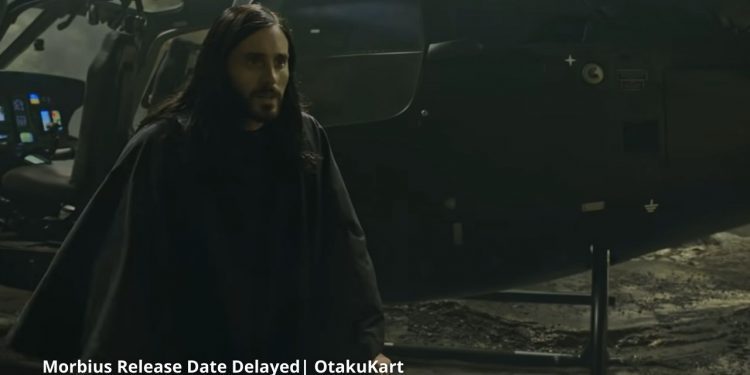 From The Official Trailer Of Morbius

It seems like the list of delays hasn’t stopped on Morbius yet. One or the other reason comes walking to the movie so that it could take a backseat. You can either call it bad luck or Sony being smart to hold back a film that has the potential to be a commercial and financial success. So taking a look at the same, here we are breaking down why Morbius might have got its release date delayed for like the sixth time in a row. When can we expect the film to release next and what makes it worth the wait.

We would start off by coming to the actual reason behind the delay. Also the reasons behind the past delays for the film. As it has almost been more than a year since the original release date for the film. Then come to the point the exact reason Sony might be holding back and if it has to do with the other bigger Marvel and Sony films. The ones that one way or another have a connection with Morbius.

The Reason Behind The Delay Of Release For Morbius

So like we said, it’s now the sixth time, Morbius is facing delay but also during a crucial time. The film was supposed to be following the success of Spider-Man: No Way Home. The most hyped movie of the year that took theatres by storm. Therefore, Morbius had high hopes as well but that isn’t the same case anymore. The recent surge in Covid-19 all over again with the new Omicron variant has led the movie to receive another pause.

So anyway, we believe Sony is looking forward to replicating a similar success of Spider-Man: No Way Home and Venom: Let There Be Carnage. For doing the same, they are ready to hold the Daniel Espinosa film a little bit longer. The movie was about to be stormed after the success of the last two films believing in possible connections due to the multiverse arc.

‘Spider-Man: No Way Home’ made quite a history with multiverse arc introducing characters from different universes. These characters were majorly part of Sony’s universe including the likes of Venom from his own universe. Then Lizard, and Electro from the universe of The Amazing Spider-Man. Lastly, the likes of Doctor Otto Octavius, Green Goblin, and Sandman from Sam Raimi’s Universe. Some bigger names too if you haven’t watched the film yet, so let’s keep it under wraps for a little longer.

Coming to Morbius, it’s one of those movies which sees the fans confused a little. At this point, they don’t have an idea which universe it’s part of. While it has MCU’s Vulture, it also has Oscorp tower from Sony’s Universe and at the same time a poster of Tobey Maguire’s Spider-man from Sam Raimi movies in the trailer. This has led the fans to believe Morbius is a part of the multiverse that continues after Venom: Let There Be Carnage and Spider-Man: No Way Home. So answering the same hype, let’s take a look at the new release date of Morbius.

Morbius will now be releasing on 1 April 2022 in IMAX and other premium large formats. While the movie industry made most of it when theatres opened up for a while after the lockdown. We can’t say the same for Morbius though as it had hopes of releasing on 28 January 2022.

Originally, Morbius had a schedule of releasing more than a year ago on July 10, 2020. It went through a delay of three weeks shifting its release to 31 July 2020 and then pandemic came in. Thus resulting in the movie shifting to next year altogether on 19 March 2021. Then to October and finally to the latest January release which has faced another delay as well.

Now we hope the April release date for Morbius doesn’t change. Morbius will still be a month before Doctor Strange: Multiverse Of Madness which seems to continue the multiverse of Marvel. We are just yet to find out if Morbius is part of the whole thing which we will once the movie releases.