The internet is in the “buzz mode” as MAMAMOO’s Moonbyul has revealed the tracklist for her upcoming mini-album. 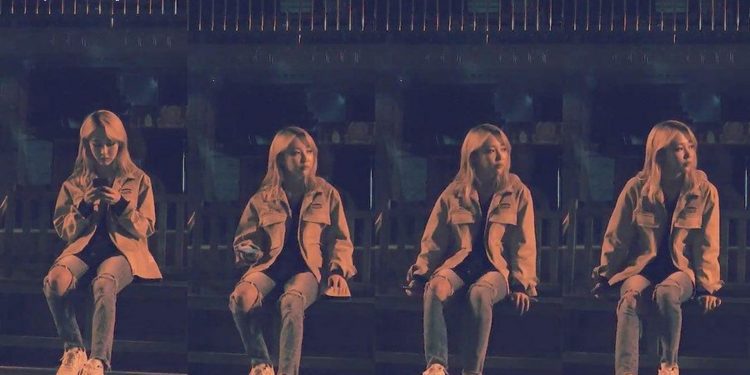 The internet is in the “buzz mode” as MAMAMOO’s Moonbyul has revealed the tracklist for her upcoming mini-album. This latest comeback by the South Korean rapper has been one of the most anticipated ones, and therefore, the trends can be seen all over social media platforms. Fans out there are all excited for the same, and their eagerness can be seen very clearly everywhere on the internet.

Moonbyul is known for her godly rap skills, and therefore this upcoming mini-album by her will definitely be a BANG. She is not only a star in the South Korean music industry but also in the global one. It is no surprise that this latest announcement by the MAMAMOO’s members has caused everyone to mark their calendars down.

Here, we have summarized all the needed and exciting details about this newly unveiled tracklist of the mini-album “6sequence”. Therefore, without taking any more of your time, let’s have a look inside.

MAMAMOO Moonbyul: All about the Tracklist of “6sequence”

Moonbyul dropped the upcoming mini-album’s tracklist on January 10, 2022, at midnight KST. She did the reveal through MAMAMOO’s social media accounts. As per the reveal, the tracklist of the 6sequence has a total of seven tracks, including the title song “LUNATIC”, “Intro: SYNOPSIS”, “G999 (Feat. Mirani), (Shutdown (Feat. Seori), “For Me”, “ddu ddu ddu”, and also an English version of LUNATIC.

The release date of the mini-album is on January 19, 2022, at 6 PM KST. The day is nearing soon, and the fans out there are really excited about the same. Every social media platform is stacked up with the same buzz, and the whole fandom is eager about the same. So, start the countdown as the day will be here soon.

Moonbyul made a kick-start of this new schedule on January 6, 2022, with the release of an amazing teaser image for “LUNATIC”. And the following day i.e., on January 7, 2022, the rapper dropped a visual film for the title track. Fan’s reaction to both the releases was absolutely overwhelming, and we are sure that they are going to completely love the entire album.

In the visual film, Moonbyul can be seen sitting at a desk in the middle of the room. She is being recorded through the cameras set up around the room, and in the clip, we can see her frustrated face. She is trying to work and ends up getting frustrated with things. We see her throwing a fit and tossing the documents in the air.

Watch the video below from the rapper’s upcoming solo mini-album.

Born on December 22, 1992, Moon Byul-yi is recognized as a South Korean rapper, dancer, songwriter, singer, and radio host. She is in the position of the main rapper in the girl group MAMAMOO. She joined the South Korean girl group in June 2014. And after being engaged with the group activities for four years, she debuted as a solo artist in May 2018. Moon released her single titled “Selfish” which featured Red Velvet’s Seulgi. The album also had two other tracks apart from the title track i.e., “In My Room” and “Love & Hate”.

Later, on February 14, 2020, she released her first EP titled “Dark Side of the Moon”. The EP included a total of six tracks i.e., “Eclipse”, “Mirror”, “Iljido”, “Moon Movie”, “Weird Day (Feat. Punch), and “Snow”. Now, she is all set to release her second EP titled “6sequence” and the date is approaching really soon.