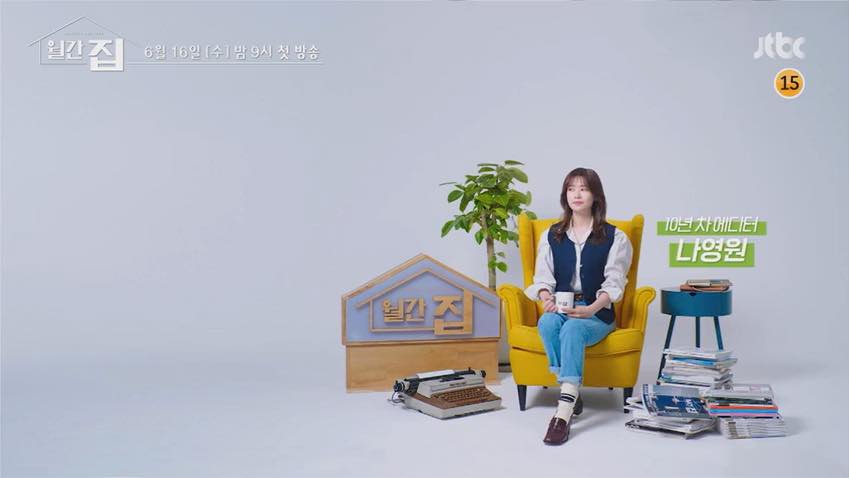 Monthly House: New Teaser; Romance starts to blossom between Jung So Min and Kim Ji Suk is something we will be dealing with today. The upcoming drama has maintained a decent continuity in sharing the updates created to the drama with the fans. Who are all eagerly waiting for the drama to release. In less than 30 days now, the drama will release, and we will get to see our favorite stars on the screen.

The upcoming drama somehow has great comic timing along with the apt chemistry between the lead actors. Many stills from the dramas have already been released along with the trailer, teasers, and posters. The drama will be clearly a romantic comedy where we will get to see a great refreshing plotline again on our screens.

A Still from the upcoming k-drama Monthly House

With many great dramas concluding recently, this is actually a good piece of news that the drama is finally releasing. With great dramas coming to an end, a new drama is about to begin. Maybe that’s what we love about the K-drama world overall right. The upcoming drama will be Kim Ji Suk’s next project after his 2020 released My unfamiliar family. The same goes for Jung So Min, this drama will be her first release of 2021. And we last saw her in her 2020 drama Soul Mechanic.

As for Jung Gun Joo, it is a great break for him after his last project True Beauty where he was cast in the guest role. The characters portrayed by the actors until now were of different types. This role of theirs would let us see them in a whole new character. So before going any further, let’s dig in deep into the newly released teaser first.

A much romantic teaser this time has been released by the production to let us get a glimpse of what could we expect from the chemistry between the main leads. Monthly House new teaser of the upcoming drama was released on 18th May 2021.

It starts with the abrupt note of the two getting shocked while waking up in the morning together in the same bed. From sharing a space together in the bed to knocking him off with pan, the character of Jung So Min looks quite interesting overall. We even got a peek at the cautious side of Kim Ji Suk, who peaks into the dating of Jung So Min at a distance. Exactly like how a proper lover would do. The two seem to share a sweet and sour relationship. Which starts abruptly, to be cautious and hence jealous. How they fall in gradually following the entire love process has been shown evidently and clearly within this short teaser. Jung So Min seems like an easy-going happy friendly woman.

The main lead actor from the upcoming drama Monthly House

While Kim Ji Suk gives the feeling of a tough man who hesitates to show his feelings at first. Their love story and the romantic angle in this recent teaser are definitely looking stunning. How their story develops and how they end as lovers are something to look forward to. All the tough and reserved sides of Kim Ji Suk have been expressed well in a short glimpse from the upcoming drama. While even all the sides of Jung So Min along with her aggression. To being drunk, all have been shown and highlighted properly. Monthly House new teaser even ends with a kiss between the two. How their story unfolds and what all will happen in the drama hence will be unveiled with the release of the drama.

The main lead actress of the upcoming k-drama Monthly House

The release date of the drama has been scheduled for 16th June 2021. The drama will air on the original network JTBC every Wednesday and Thursday on the 21:00 time slot. The duration of each episode is estimated to be approx 1hr 10min. It will have a total of 16 episodes and will go off the air on 5th August 2021. The genres of the drama include romance, comedy, and drama. The direction of the drama has been done under Lee Hyung Min and the screenwriting under Myung Soo Hyun. The monthly house is also popularly known as Monthly Magazine Home and Monthly Home. For more updates on the same stay tuned. So, in less than 30 days now, the drama will release on its original network JTBC.