Created by Gemma Baker, Chuck Lorre, and Eddie Gorodetsky, Mom is an American television sitcom that had been premiered on CBS. Ever since it’s Season 8 ended on May 13, 2021, fans of the show are asking if there will be Mom Season 9. In this article, we will be looking for an answer and checking if Mom is Cancelled or will soon be renewed? CBS’s Mom tells us the story of a dysfunctional daughter/mother duo Christy and Bonnie Plunkett. Both the mother and daughter had been estranged for years and had been struggling with addiction. Together, they try to pull their lives and their relationship together. In order to stay sober, they attend Alcoholics Anonymous.

Alcoholics Anonymous plays an important role in the series through all eight seasons as we see the characters bonding over this group. Produced by Warner Brothers, this series was filmed before a live audience. Over its premiering on TV, the show received much acclaim from critics as well as from the audiences. The show’s writing, as well as the cast’s performance, had been widely appreciated. The show had been brave enough to discuss real-life issues such as alcoholism, drug addiction, teen pregnancy, addictive gambling, homelessness, relapse, cancer, death, domestic violence, overdose, palsy, rape, obesity, stroke, ADHD, and miscarriage, and for maintaining a deft balance between the humorous and many other darker aspects of life as well as it affects. So far, all of the seasons of the show have received high ratings, with an average viewership of 11.79 million, thus becoming the third-highest-rated comedy on broadcast television in the US. The show had also received awards, including numerous Emmy’s Critics’ Choice Television Awards and the People’s Choice Awards. All these appreciations will make the fans, and maybe even some critiques to ask if there will be Mom Season 9. Let’s find out.

What’s the Story of Mom?

Before reading the synopsis of Mom, keep in mind that it could be a spoiler for you if you haven’t watched the series yet. Mom tells us the story of Christy Plunkett, a single mother who had been battling alcoholism and drug abuse and had been planning to restart her life in Napa, California. She begins to work as a waitress and then attends the Alcoholics Anonymous meetings.

Not only Christy, her mother, Bonnie Plunkett, had also been a recovering addict. Things had not been good for Christy’s daughter Violet, who is also now a teen mother with her boyfriend, Luke. Other than Violet, Christy is also the mother to Roscoe by her ex-husband Baxter. Christy became a teen mother when she was only 17 and had to drop school to support her child. But she eventually returned to school and pursued her dream, becoming a lawyer. Meanwhile, Bonnie develops a romantic relationship with Adam Janikowski, a retired stuntman, and eventually marries.

The show tells the story of this mother and daughter and the people surrounding their lives. When Christy moves to Washington, the show deviates from telling the story of Christy and tells tales for her friend’s life, whom she left behind. We are not revealing the entire storyline as it’s much better to watch than to read.

Will Mom Return for season 9?

We are sorry to say that, but Mom has been officially canceled by CBS and won’t be returning for another season. The series has ended with eight seasons, and there will be no more episodes from the cast and crew unless something happens since Mom was able to maintain a good review from the critiques as well as from the viewers. But since the show had already told the story in 8 seasons, it may not be possible to tell more, and if it does, then the creators may not be able to maintain that quality that we loved to see from that show. We also don’t know if all of the cast members will be interested in returning as usually, the actors would love to get out of their usual role and try something new and different. It’s better to end at the best time for the show, rather than dragging it and making it worse.

What Happened in Mom Season 8?

The last episode was all set to give a happy ending to all the characters in the series. We see the final episode of the series starting with a woman opening up about her present difficulties in the Alcoholics Anonymous gathering. Bonnie gets to see a new part of Shannon at the AA meeting. 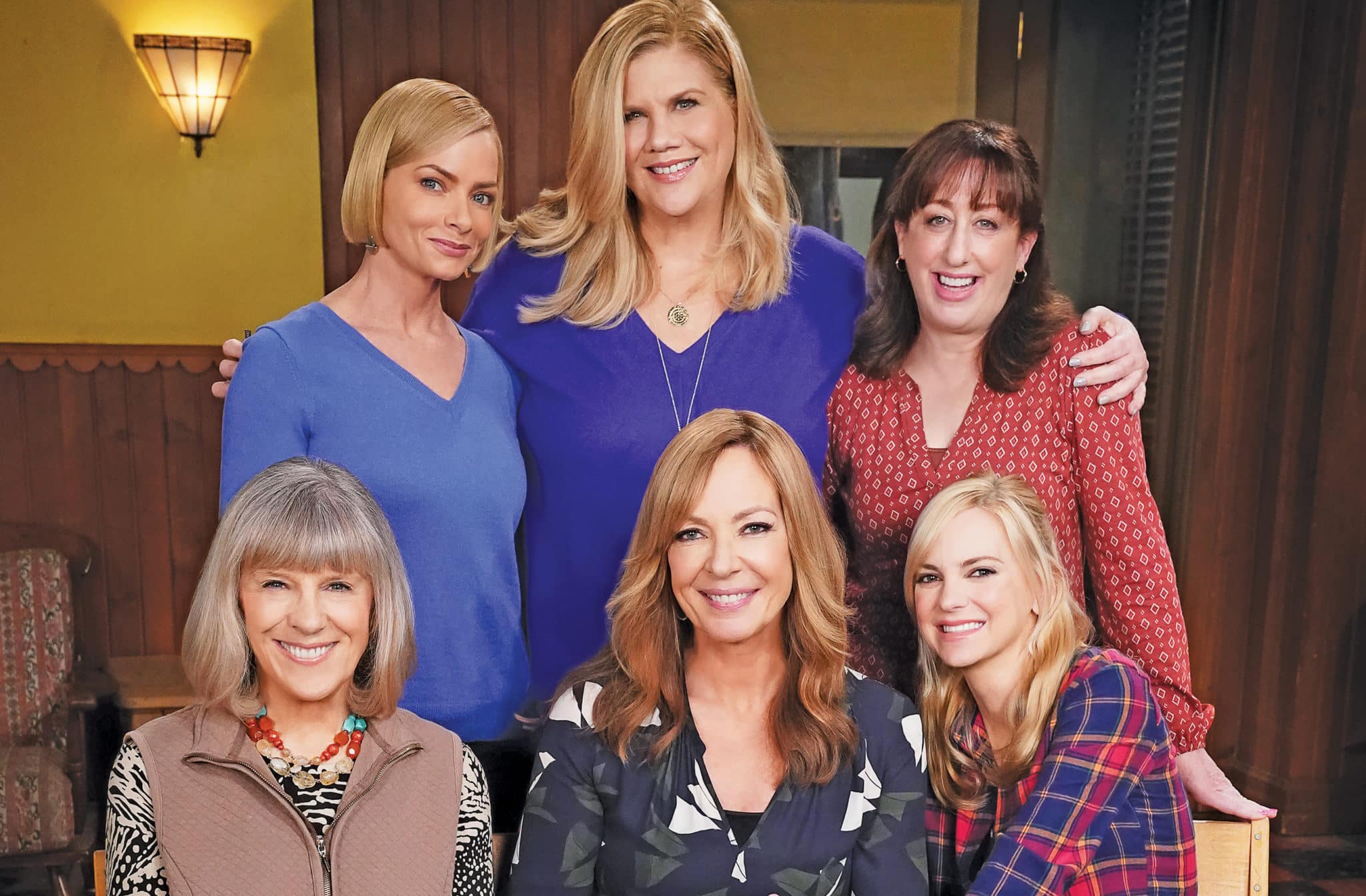 She was hesitant to impart her battles. When knowing this, Bonnie pursues down Shannon and guarantees her that Shannon wasn’t the only one dealing with her fights. Later that day, her spouse Adams tells her that he was diagnosed with a lung cellular breakdown.

This news was a shocker for Bonnie, but she still tried her best not to express her shock and sadness to him and tried to maintain her quiet and guarantee Adam that they would eventually overcome the situation together. Bonnie decides to call Marjorie for support but gets calls from Shannon and Jill. Later, when Bonnie attended AA, every one appreciated her for how well she had been handling her life lately. After that, Bonnie talks about her experience in AA for the past eight years. She tells everyone how she could battle her alcoholism and how she began to adore herself and is glad for it.

The show was coming to an end when Bonnie was able to get her life on track, and thanks to how the Alcoholics Anonymous group helped her in it. Many fans may argue that Bonnie’s story hadn’t seen a proper conclusion as it seems to the creators just stopped telling her story midway.

What we could have expected from Mom Season 9?

Even though we know that CBS had officially confirmed that Mom had concluded with Season 8, there won’t be a season 9 since the network feels like there is not much story to tell. But in a parallel world, where Mom may have continued for another season, what could have been the story of Season 9? Since the show had officially ended by Season 8, it’s all up to us readers on what will be the story that season 9 had to offer. The biggest complaint that many were having is that Bonnie’s story felt incomplete by the end of the series. Maybe Season 9 could have given her a perfect ending and a perfect goodbye to the character.

Other than that, we may also be getting a chance to see how other characters had been doing in the series after the new path they chose by the end of the final season. We saw Jill getting married, Adam dealing with a disease, and there were many other things that the characters were dealing with. It would have been nice to know how well our characters are doing with their new life.

Which Cast Members may return for Mom Season 9?

Where to Watch Mom Season 9?

As we have said before, CBS has officially canceled Mom with season 8. But if the show is lucky enough, we may see some network or streaming service come forward and give a new life to the show. But until then, we have to wait, not by keeping our hopes up a lot, though. Until then, you can watch all of the previous episodes of Mom from Amazon Prime Video.