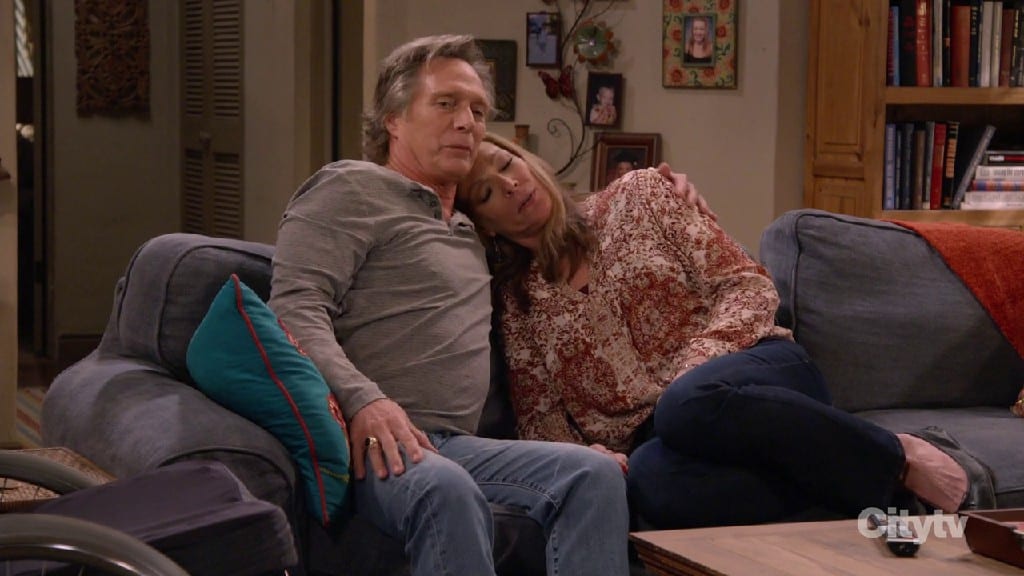 Mom Season 8 is just two episodes away from wrapping up. We will be bidding adieu to the beloved CBS sitcom. But how will it go down? Well, things are certainly ending on a good note for some characters as seen previously. We hope they do for Bonnie too. Previously we saw Trevor coming in a circle with a bad position again. Bonnie found out about him reconnecting with his ex again. She took the required actions to save him. Furthermore, helped him reconnect with his high-school crush who is divorced too. Now they are off to a three-month gateway. Plus Jill found love again as Andy confessed to wanting her back.

So yes, things are sorting up for the final two episodes of Mom Season 8 but it seems like not for Bonnie for now. She is about to mess up a speech and now Trevor isn’t there to guide her. Also, how are Jill and Andy planning to mold up their relationship again? Andy was certainly scared of being a family man but now he is up to the task and it will be worth looking at. Let’s take a look at everything that happened previously on the show and what we can expect from the upcoming Mom Season 8 Episode 27.

Previously on Mom, we began with Bonnie expressing to Trevor the fact that her husband doesn’t like kissing. Trevor thinks she is just exaggerating and asks her to let it go. Meanwhile, Jill is picking up a Diamond pin for Tammy’s birthday at the bank where she reconnects with Andy. Furthermore, Trevor’s creepy neighbor Marta talks with Bonnie for the first time in a while stating the ex-wife has come again. While Jill’s time comes, suddenly banks arrive to rob the bank and now she and Andy have to figure a way out. 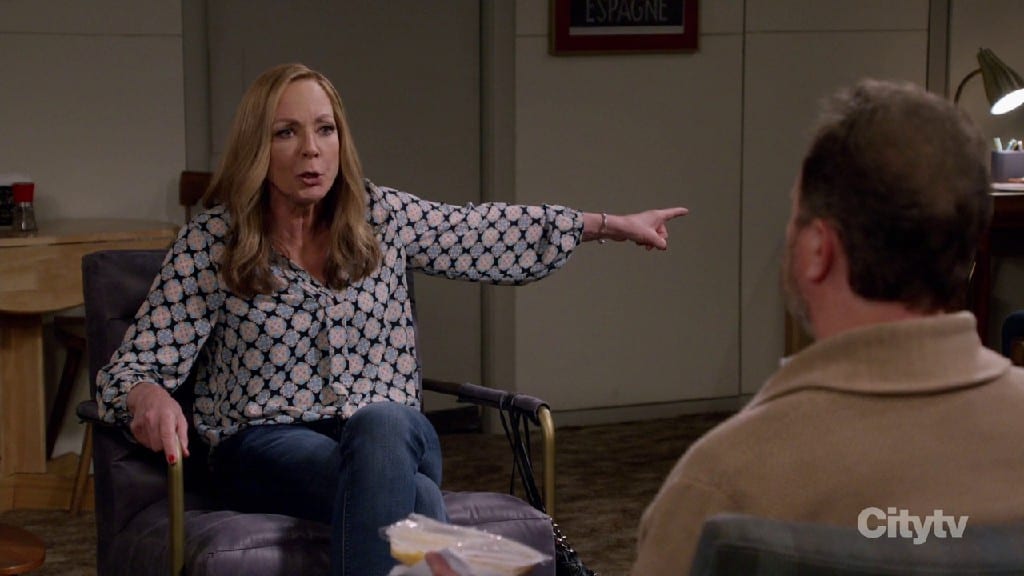 Bonnie goes back to Trevor to confront him about his ex-wife returning. Now Bonnie is the therapist. Andy and Jill are still trying to figure a way out and Andy is ready to protect her no matter what. So he places himself over her. Even asks her to keep breathing until he breaks the moment. He confesses he has been thinking about her lately. He believes he made a mistake with her. Robbery ends with Jill and Bonnie kissing.

On the other hand, Trevor tries to explain to Bonnie his ex-wife has changed. He also admits mistakes and thinks a second chance is worth it. But Bonnie doesn’t agree. She believes he just feels lonely and won’t find anyone else. On the other hand, Marjorie, Wendy, and everyone celebrates Tammy’s birthday to which Bonnie and Jill are late. 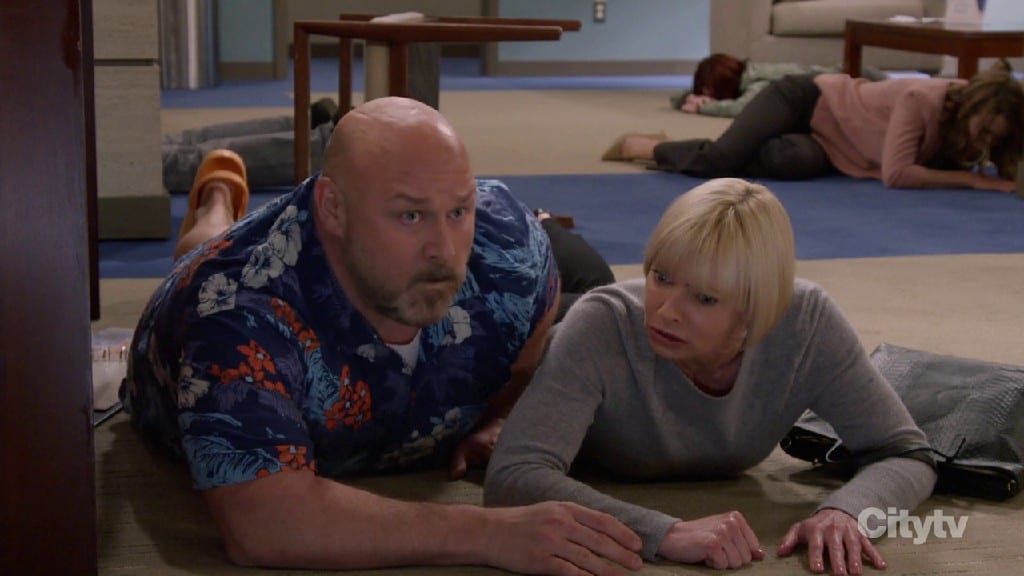 Bonnie discusses with Trevor someone other he has ever dated or had a crush on. Trevor admits to having a crush on one but he never called or reconnected with her. Bonnie advises Trevor to make the call. Meanwhile, Andy gives Jill a ride. She asks Andy whatever he said, does he mean it? Andy admits he was scared of having a family but now he is sure about this. Trevor finally asks the girl out. Plus, Trevor throws the wizard statue away which bothered everyone throughout the episode. The episode ends with the women discuss their adventures. Plus Bonnie lets Adam know about Trevor’s three-month absence. Adam finally kisses Bonnie for real to close the episode.

Mom Season 8 Episode 17 is releasing on 6 May 2021 and will air on CBS at 9/8c. The final season of the show is coming to a closure with only two episodes here. Expect another episode next Thursday as the show bids adiue. Mom Season 8 Episode 17 will be available to stream on CBS’ official website as well as Paramount+. It will also be available to buy or rent on video-on-demand services of Amazon Prime Video, and VUDU. All the previous seasons of Mom are available to stream on Hulu. Check out the 15-second promo for the seventeenth episode of Mom Season 8 below.

Mom Season 8 Episode 17 is titled “A Community Hero and a Wide Turn”. The official synopsis of the episode doesn’t give away much but yes there is a gala honoring Marjorie. The women are attending it. But the things that go upside down are with Bonnie’s speech. Will she be able to handle this if it embarrasses her. Especially since Trevor is on a three-month absence and if it goes down like. God help her. Furthermore, Jill has taken a pregnancy test. What does it mean for her and Andy’s relationship? We will find out in Mom Season 8 Episode 17.