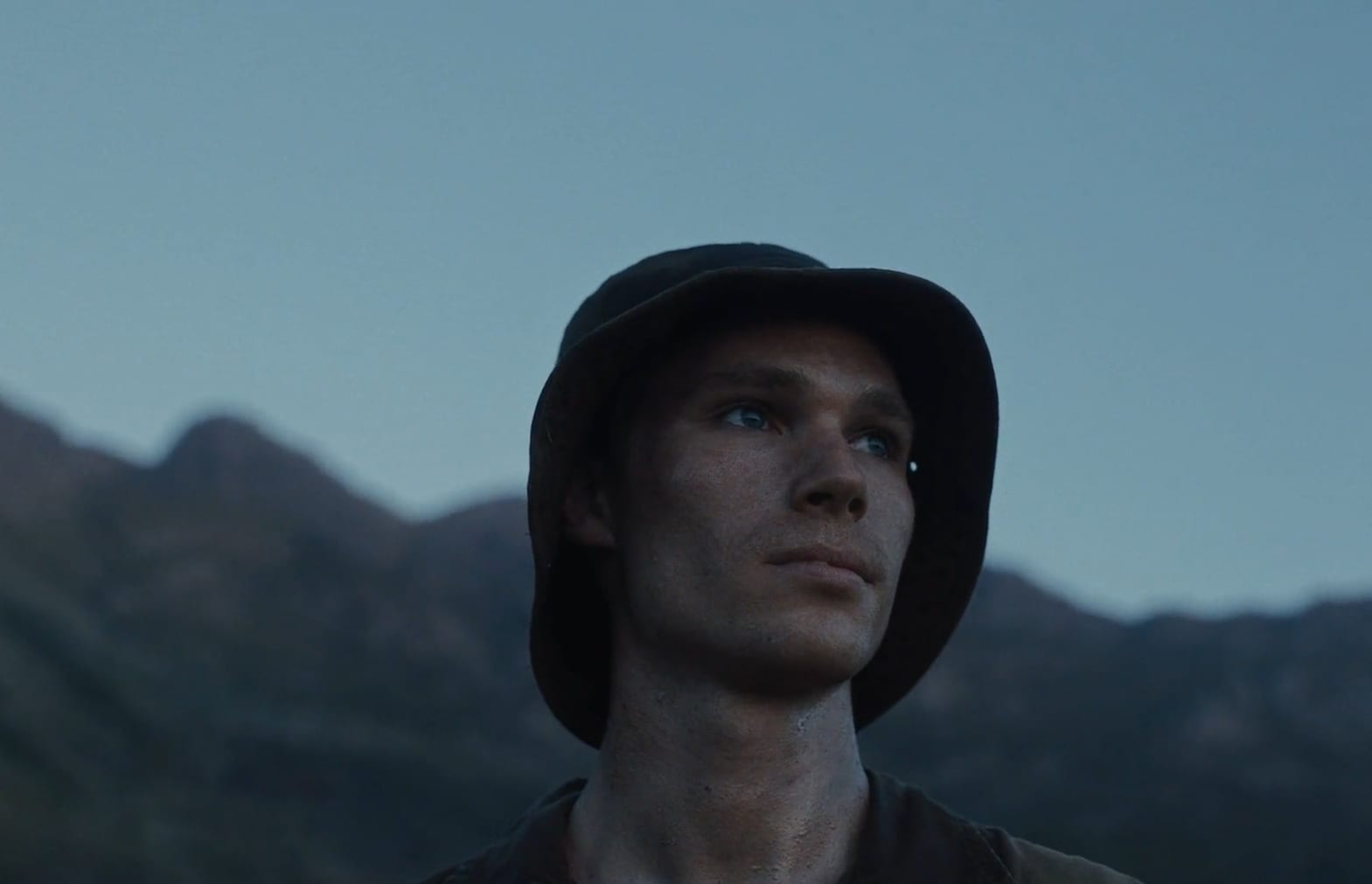 Moffie: A movie that will explore all your emotions.

Moffie, the 2019 film by Oliver Hermanus, traces the events associated with Apartheid in 1981 South Africa, but from the perspective of the homosexual minority. The movie is based on the novel by the same name, written by Andre Carl van der Merwe. ‘Moffie’ is an Afrikaan slur for homosexual men. In the time between its release till 2021, the movie has been nominated for ten different awards and won two.  Moffie pulls out the deepest emotions one can feel and leaves them hanging in the throat like a lump. There are too many emotions I felt after the credits rolled and at the same time, nothing at all. The end was especially impactful. The minimum use of dialogues leaves a lot up to the viewer’s imagination. The Moffie ending explained a lot, without saying too much but acting it out loud.

The movie is triggering and almost unbearable at times, filling up its audiences with a certain heaviness. Moffie plays with the audience’s emotion like a ping pong ball that continues to bounce between derogatory language, graphic scenes, and the protagonist’s suppression amidst the toxic white masculinity. A lot of scenes refrain from using dialogues. But they are so easy to understand despite the lack of a monologue. The story paves its way through the brilliantly composed music, the perfect touch in cinematography, and not to forget, the outstanding performance of the cast.

Moffie is romantic in its own ways. Despite its violent theme, the movie draws out the beautiful essence of sunsets and darkness in unique ways till the end. Here is a quick walkthrough of one of the most painfully beautiful movies to have ever been created and the Moffie Ending Explained. 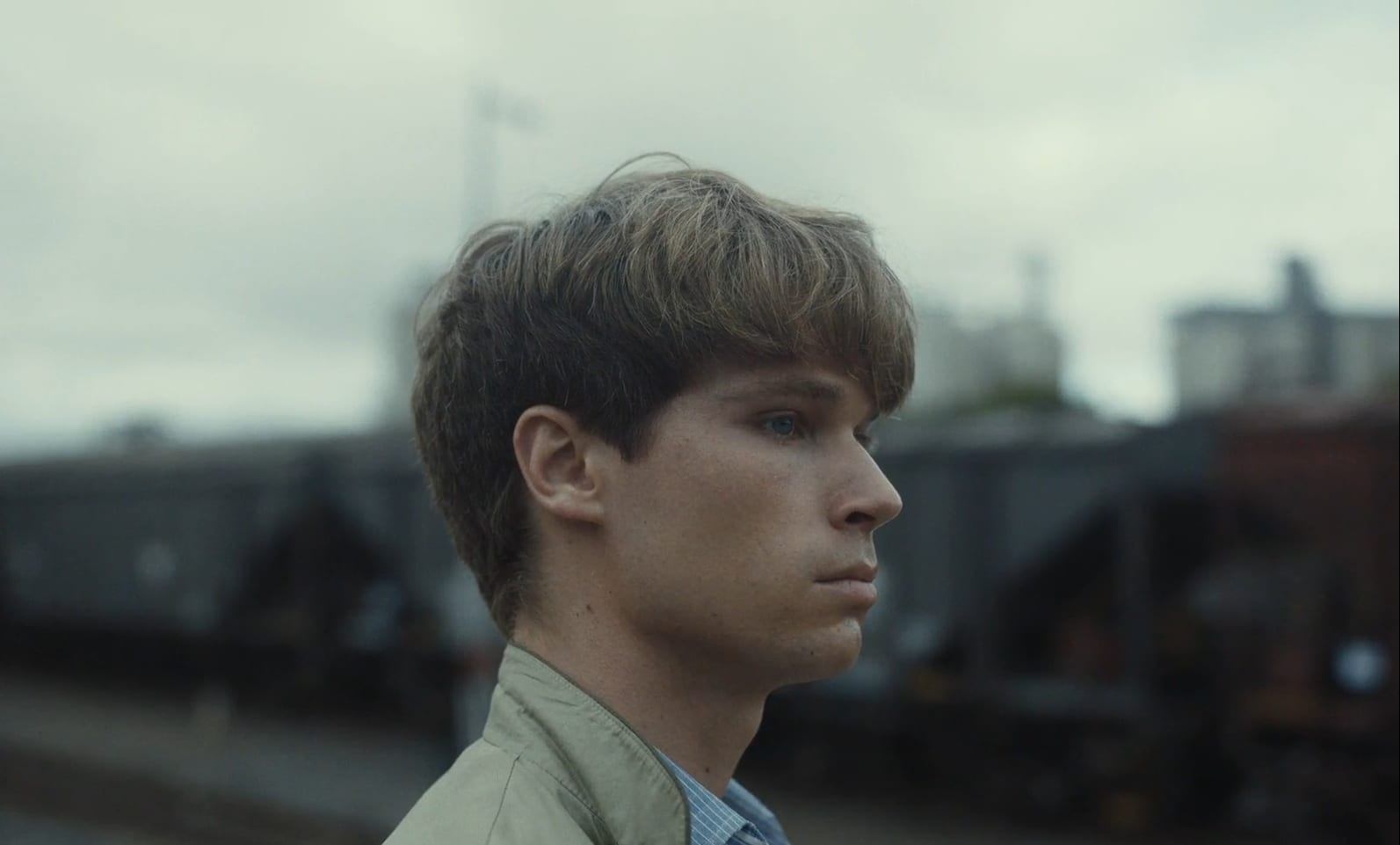 The movie begins with a farewell party for 16-year-old Nicholas van der Swart. Nicholas is to leave the next day for his compulsory military service for two years. He boards the train the next day, which, let’s just say, is not at its sanitary best. Here, he meets Michael Sachs, a soldier who becomes his best friend. Moffie draws the picture of the fate of the black minority within the first few scenes. Through the eyes of Nick (let’s just call him that from now on), we see the enlisted troop pick on a man of the minority sitting on a bench in the station. They accuse him of the crime of not standing on their arrival and punish him by drenching him in vomit.

The movie then follows thirty minutes of intense and sadistic training. Sergeant Brand, the man in charge of their training is probably the most offensive person you will find in the movie. He spits slurs in every sentence while submitting to brutal ways of training the troops. His principles include not only mercilessly killing the enemy but also killing anyone who empathises with them. At the same time, another ‘class’ teaches them to hate the black minority by repeatedly showing them a movie. Nick is not the best, but good enough to blend in and not catch the eye. Unlike Sachs, he is not rebellious and mostly keeps his eyes averted, even in the shower.

One day the troops are called and lined. In front of them are two badly beaten boys, their crime being homosexuality. The troop shouts ‘moffie’ in unison under the command of their seniors. Back in their room, Nick learns of a hell they called Ward 22, where the gay soldiers are taken for ‘treatment’.

After the two boys, later revealed to be Baxter and Hilton, are caught, the troops are constantly reminded how disgusting the idea of homosexuality is in their class. As part of their training, Sergeant Brand makes them sleep in a trench despite the heavy rain. Under this dark, Dylan and Nick share their first moment of intimacy, a moment to themselves where they didn’t have the fear of getting exposed.

Dylan was a rebel and weaker than most. He was constantly picked on by Sergeant Brand who loved to push him beyond his limit. Now, Nick finds himself unusually attracted towards Dylan, who also seems to reciprocate the attention. 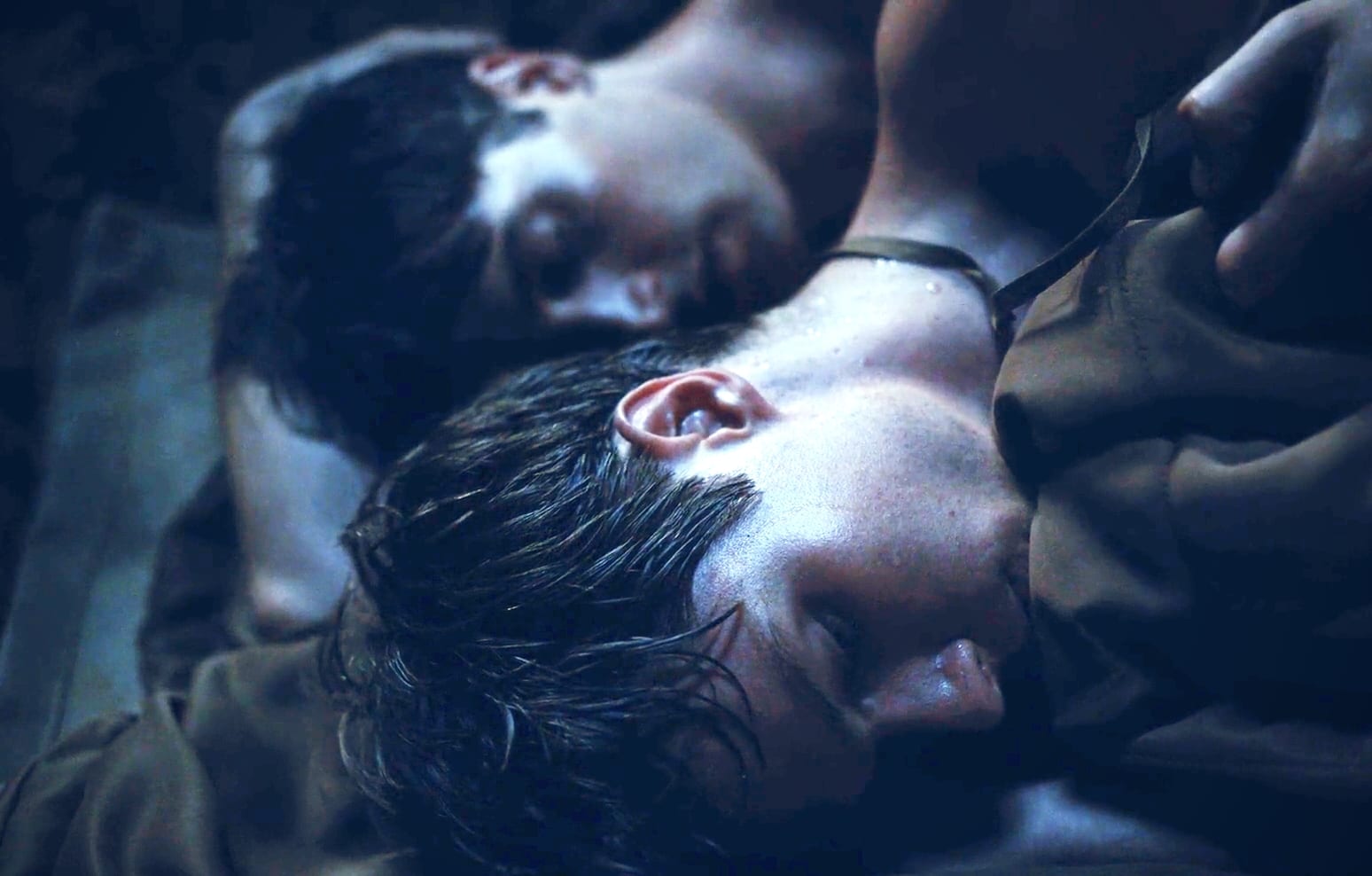 Nick watches Dylan play volleyball under the sun and make jokes with the others. When he along with Sachs play against Dylan, he asks him about his future and also confesses to have never gone to the beach. However, in the middle of the game, they hear chaotic screams. They see Baxter carrying a gun and running towards them. He stops, looks around confused, and in a split second, shoots himself. Nick, having seen something of the sort for the first time, is shaken.

Scene changes to the boys playing their own version of ‘spin the bottle’ where they hit each other in the face till they bleed. When it’s Nick’s turn, he is paired with Dylan. As if to desperately hide his true feelings, he hits Dylan with all his strength, and the two break into a fight. Sergeant Brand enters and asks Dylan to meet him in the office. All the other boys except Dylan leave for a week of training. However, before Nick leaves, Dylan plants a soft kiss on his lips. They promise to watch the beach together sometime, and Nick leaves happily.

We are given a glimpse of Nick’s past when he was falsely accused of staring at a boy in a public bath. This is probably why he appears to look down or away most of the time. When he returns after a week, he notices that Dylan is gone. He inquires Sergeant Brand about his whereabouts, but he only tells him that he has been transferred to a different place due to health issues. When he inquires further, he is told not to meddle in the matter.

Fast forward to 8 months later, the troops are finally about to go to the border. They party a night before, and here a fellow comrade, Oscar Fourie, tells him that Hilton has returned from Ward 22, indicating that he should ask him about Dylan’s whereabouts. The next day Nick confronts Hilton. At first, Hilton denies but later confesses that Dylan is in Ward 22 and that his eyeballs were drugged.

In the Border, Moffie explores the ill fate of many black lives, be it civilians or those with a weapon. Moffie’s ending can be categorised into two parts. The first the end of Nick’s military service, and the second being his return home.

The troops encounter some civilians. From far, Nick notices Sachs’s shaking hands as he points the gun towards the children. Back in the camp, Nick sees two soldiers taking morphine. He asks them about it and then awkwardly ignores them after they reveal what it is. As they head to the border one more time, they are attacked by ‘communists’. Amidst the crossfire, Snyman- another soldier- gets shot. Nick rushes after an enemy and ends up shooting him. Breathing heavily, Nick watches him succumb to death. 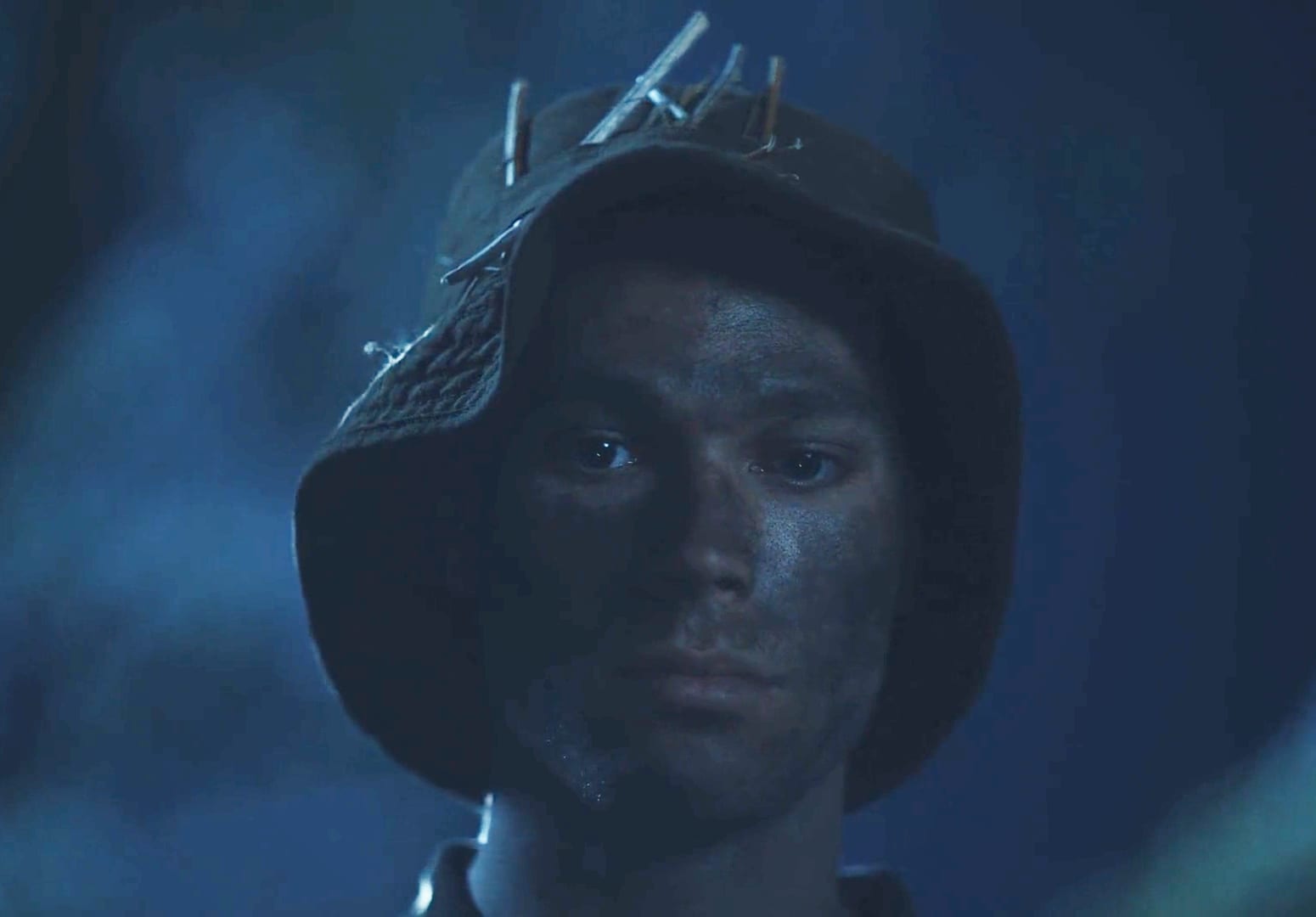 Snyman dies too due to blood loss. Nick, who is clearly traumatised by the system, takes morphine on returning to the camp to ‘reduce the pain’ even if he was not injured physically. He lies down under the sun, stripping down his clothes. Even if most part of the movie is set in an army camp, the true ending does not follow a big war, but the events after.

After his military service ends, Nick visits his mother and stepfather. They are celebrating an idea of toxic masculinity that now Nick is a ‘true man’. Next, he visits his biological father. They awkwardly sit across each other and eat their noodles in silence. Nick does not speak much and only tells his family that his experience was just fine, although from what we know, a lot of things were not so. He becomes quieter, and this change becomes more visible in what comes next.

Nick travels by bus sometime later to visit Dylan’s home. They meet after a long time and go for a drive. They stop at a beach, fulfilling their promise to visit a beach. As they swim in the cold waters, they have certain energy between them where they want to pull closer, but Dylan avoids it. Nick on the other hand, looks happiest since his return in the time he spends with Dylan. Of course, Dylan smiles too, but he also constantly keeps building a wall between them. It is surprising because Dylan had initiated being intimate with Nick in the first place, be it touching his hair in the trench or kissing him. But, now he holds a sense of fear, probably something that grew during his stay in Ward 22.

It is unclear if they resolved their issues, but that is not what Moffie is about. Moffie ending explained the revelation of the many sufferings that the oppressed feel and continue to feel. 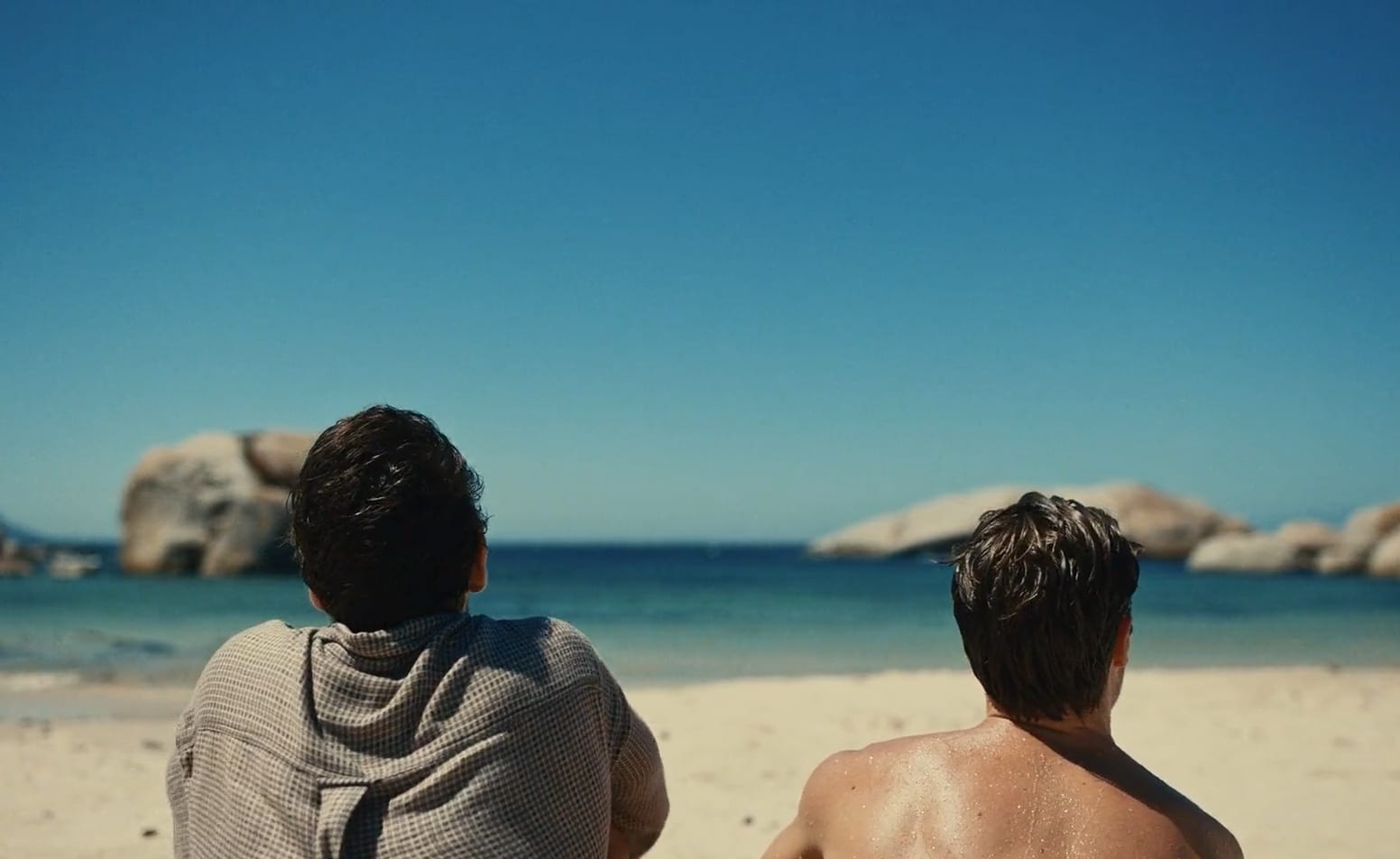 Nick and Dylan visit the beach.

For me, Moffie Ending Explained was heavy to write, but this is also the most liberating I’ve felt in a while.