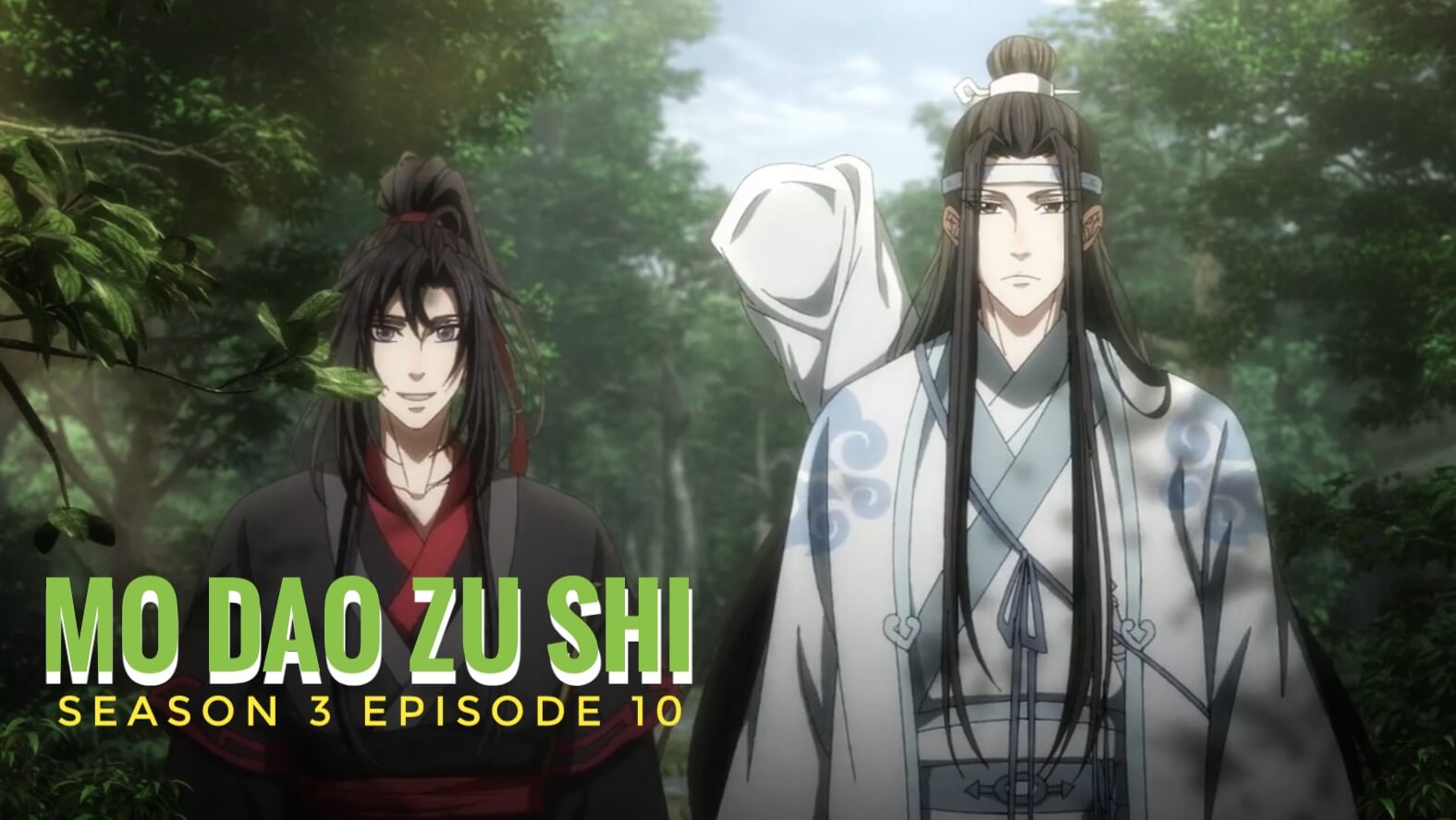 Mo Dao Zu Shi is available to stream on WeTV.

Mo Dao Zu Shi season 3 episode 10 will follow up on the abrupt ending of the previous episode. After the cliffhanger ending of episode 9, we have yet to know what happens to Wei and Wangji. The corpses are running towards the two with a rabid appetite for flesh after they intentionally lured them in. What will be the conclusion to the bold move by Wei and Wangji? Will the others manage to make it out of the den? Episode 10 of Mo Dao Zu Shi season 3 will answer these questions and more.

We may also see the clan members finally starting to be accepting of Wei Wuxian. His bold move near the ending of the previous episode may inspire trust among the people. The third season of Mo Dao Zu Shi covers the Yi City Arc. This season is also going to mark the conclusion of the donghua series. The series follows the two main characters Wei Wuxian and Lan Wangji. We follow the protagonists as they try to solve the mystery behind the haunted arm of an unknown corpse. Let’s now delve into all that episode 10 of Mo Dao Zu Shi will entail. Spoilers ahead! 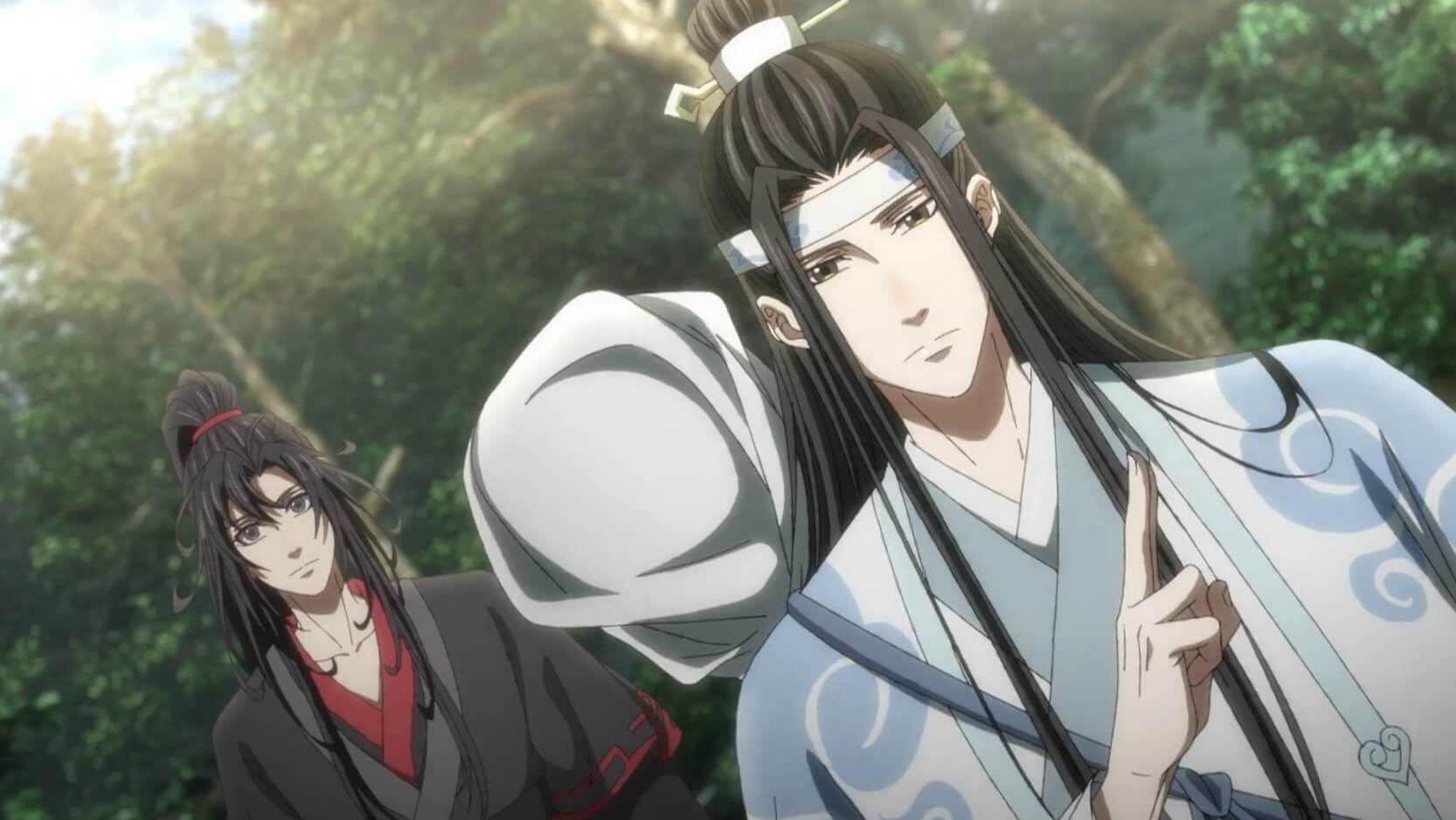 Wuxian and Wangji in episode 9.

Mo Dao Zu Shi season 3 episode 10 is set to release on October 2, 2021, on Tencent Video and WeTV. You can catch the episode on either of the platforms. Season 3 of Mo Dao Zu Shi has a total of 12 episodes. With only three episodes left in season 3, we will be saying goodbye to the donghua series on October 16, 2021.

Episode 10 of Mo Dao Zu Shi season 3 is available to stream on Tencent’s official website. You can also catch season 3 as well as previous seasons of Mo Dao Zu Shi on the website. For international viewers of the donghua series, WeTV is the place to binge all the episodes. Season 3 of Mo Dao Zu Shi is available to watch on WeTV with the title, “The Founder of Diabolism.” Some of the episodes of the donghua series are also available on Tencent’s official YouTube channel. We encourage all our readers to opt for legal platforms to watch the anime.

Episode 9 of Mo Dao Zu Shi opens with Wei Wuxan and Lan Wangji coming across Wen Ning. When Wei asks what he’s terrifying a villager, Ning says he’s chasing them away because the corpses are coming. Wei replies that if news got out about this, he would lose his reputation as the Ghost General. Wei then asks Lan if he remembers the restaurant, and he does. That’s when Wei reminisces about Wen Yuan and how he addressed Zhan as the “Rich brother”. When he asked him what would that make him, Yuan adorably replied, “Poor Brother.”

At the Yiling Burial Mounds, Wen Ning starts to frantically rummage through the rubble. He holds up a plank of wood from his sister Wen Qing’s tomb. Wei continues having flashback visions of Yuan. The cultivator clans arrive to kill the Yiling Patriarch. Hanging from spiritual binds, Jin Ling and others get in a scuffle when Wei and Zhang arrive and free them. 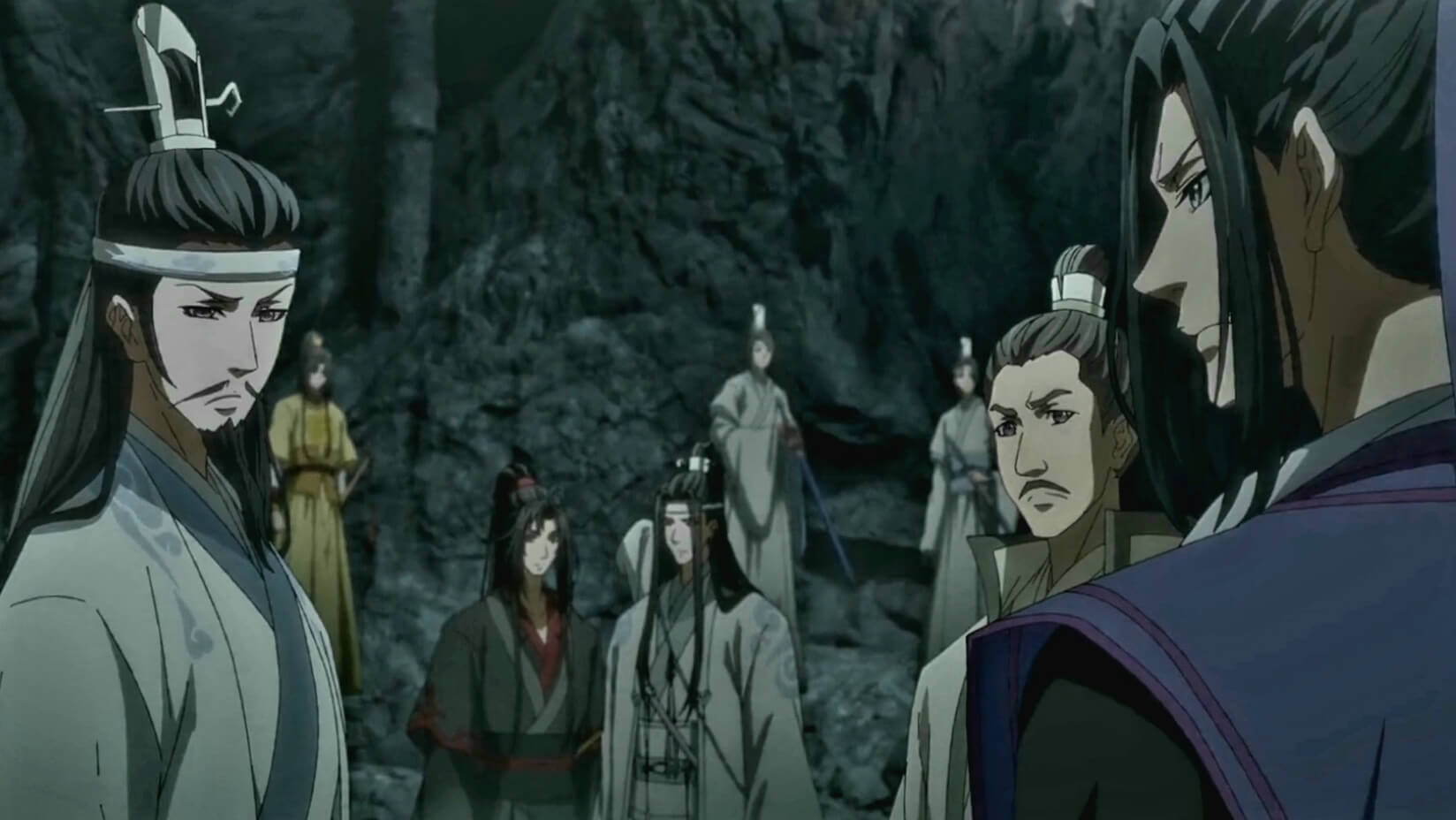 Lan Wangji tells everyone that Spirit Lure Formations had secretly been set up in Qiongqi Road and Nevernight City. Senior Lan arrives, with other villagers arriving as well. They all lambast Wei for controlling the corpses, capturing children, and practicing demonic cultivation. Wangji defends Wei, saying he didn’t do any of that. However, the villagers don’t buy it and demand his execution for his heinous acts. Lan Wangji defends him, saying there are traces of proof establishing his innocence. Su challenges Wangji’s claims when the second wave of corpses comes running at them.

Su Escapes, Wei and Wangji Use Themselves As Bait

Towards the ending of Grandmaster of Demonic Cultivation S3 e9, Wei suggests they take refuge in the Devil’s Den. Meanwhile, he and Wangji hold the corpses off. Back at the den, when everyone wonders why their spiritual energy has run out, Su suggests Wei as the culprit. However, Wei arrives and argues if he had anything to do with it, how come children retain their energy. Slowly and gradually, Wei starts to deconstruct Su and finally reveals his true identity and purpose. Senior Lan also discovers that Su and his clan had changed the tune to drain everyone of their energy. As Su goes to stop Senior Lan from seeing the proof, Wangji attacks him, which Su’s able to deflect. This proves he still has energy and also tears his robe off, revealing his Hundred Holes Curse scars.

Su then destroys the array, letting the corpses inside. As the men fight off corpses, Su flees. To lure the corpses away, Wei decides to resort to a final method, and Wangji joins in. Treating their own flesh as bait, they create a Spirit Lure Flag. Episode 9 of Grandmaster of Demonic Cultivation season 3 ends with the corpses lunging at Wei and Wangji before the screen fades to black. 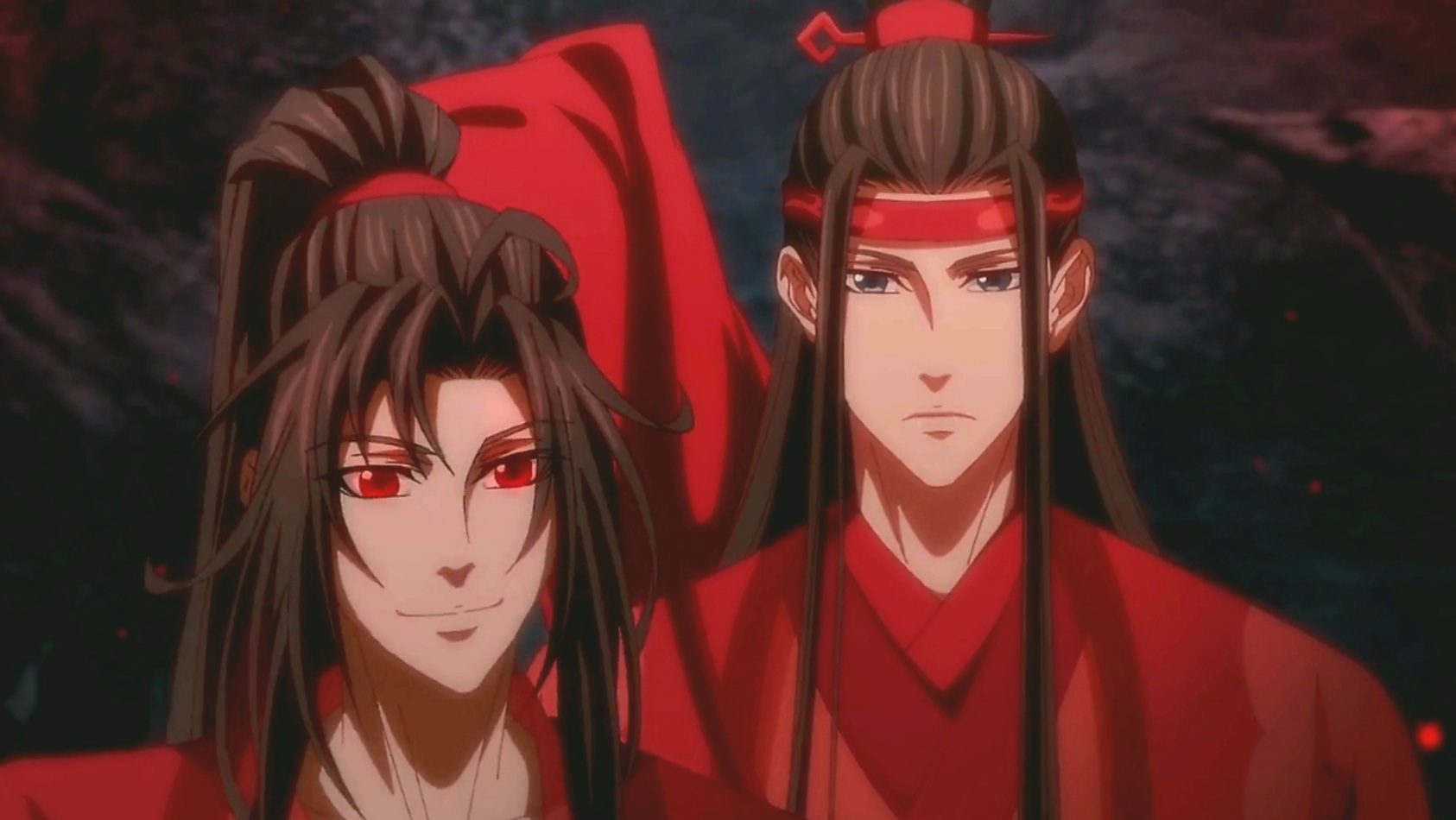 Episode 10 of Mo Dao Zu Shi season 3will continue after the cliffhanger that was the ending of the previous episode. Su has escaped after destroying the array, enabling the corpses to barge in. All the other clan members start fighting off the corpses. While many manage to defeat the corpses, the sheer number becomes difficult to deal with. To make matters even more troubling, the spiritual energy among the clan members is very low. Previously in the previous episode, we learned that Su and his men were behind the low collective spiritual energy. While all the others fought off the corpses, Su and his clan changed the tune, resulting in energy drainage.

Wei manages to uncover Su’s true identity with relative ease. However, Su lets the corpses in when he destroys the array, taking advantage of the distraction to flee. More than catching Su, Wei, Wangji, and others need to contend with the corpses first. With seemingly no other options left, Wei and Wangji opt for a radical method. Treating their own flesh and bait, they create a Spirit Lure Flag, attracting all the corpses towards them. However, before we could see what transpired next, the episode ended. Episode 10 of Mo Dao Zu Shi season 3 will follow what will happen to Wei and Wangji. We might also see what Su will be up to next.