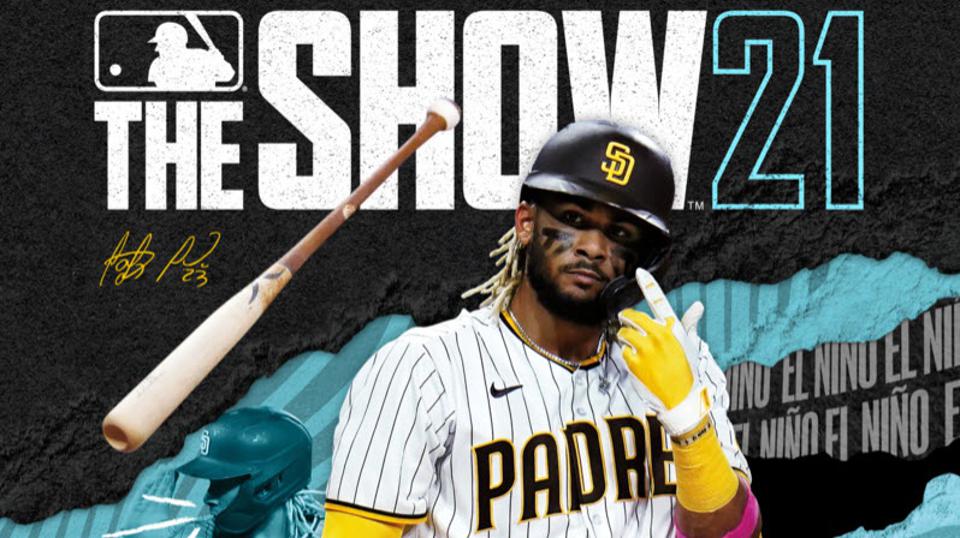 MLB The Show 21 is here, and there is a lot to know about the game. The game was in trending news when they announced the Xbox Game Pass support from day 1. MLB The Show 21 is a baseball game which is developed by San Diego Studio and published by Sony Interactive Entertainment. By looking at the name of publishers, now you can guess why the game was in trend for getting an Xbox Game Pass announcement.

If you want to try out this game or any baseball game for the first time, or you are a regular player and want to know about what all things are there in the new edition of the game, then you are at the right place. Let us have a look at all the details we know about MLB The show 21.

MLB The Show 21 is a sports genre game. The game will be available to play on Xbox One, Xbox Series X|S, Playstation 5, and Playstation 4. The game size is quite big. You will need around 73GB of free storage to download the game. All the next-gen consoles do have a storage space of 1TB. The game has great visuals, and it makes full use of the next-gen consoles’ powers with stunning 4k gameplay and immense detailing. The game will release at 12 a.m eastern time on April 20th, 2021. 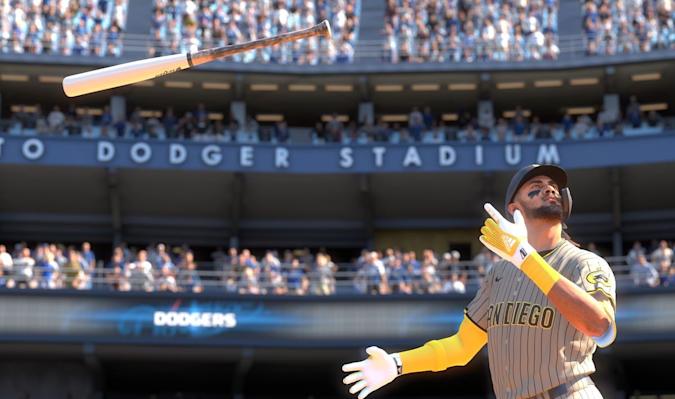 Baseball player lifting the bat in the air

There was a lot of news about how Sony accepted the game to be added to Xbox’s Game Pass library. Now that all the talks have gone quiet and the game is officially out there. Let’s have a look at what it means. The game is on Xbox Game Pass means that you don’t need to purchase the game in order to play it on your Xbox console. All you need to have is an Xbox Game Pass subscription, and you are good to go.

You can pre-load the game by going on to the coming soon section on your Playstation or Xbox console. If you purchased the Jacke Robinson edition of the game, then you could have been already playing the game from 16th April. There are reports that the game may get removed from the Xbox’s game pass library soon. All this could have been a deal just to lure new players from the Xbox community. Even if it is removed from the game library, you can purchase the game separately at 20% off. Thanks to your subscription which gives you this discount.

Talking about how the gameplay is from the reports of all the early testers of the game, then there are a few pros and a few cons.

Talking about the pros, the game has improved game mechanics, and the addition of the stadium creator has also improved the game’s rating. The franchise model, which you can call the career mode, has also got some minor fixes in the trading system. The standout feature of the game has to be the Diamond Dynasty.

Diamond Dynasty is a card-collecting mode. This mode can be quite overwhelming for beginners as it requires a fair knowledge of baseball and player values in order to succeed. The developers have tried their best to make this mode as beginner-friendly as possible. The Diamond Dynasty is a mix of online modes and offline modes. So if you don’t want to go online and still enjoy this mode, the game has got you covered. 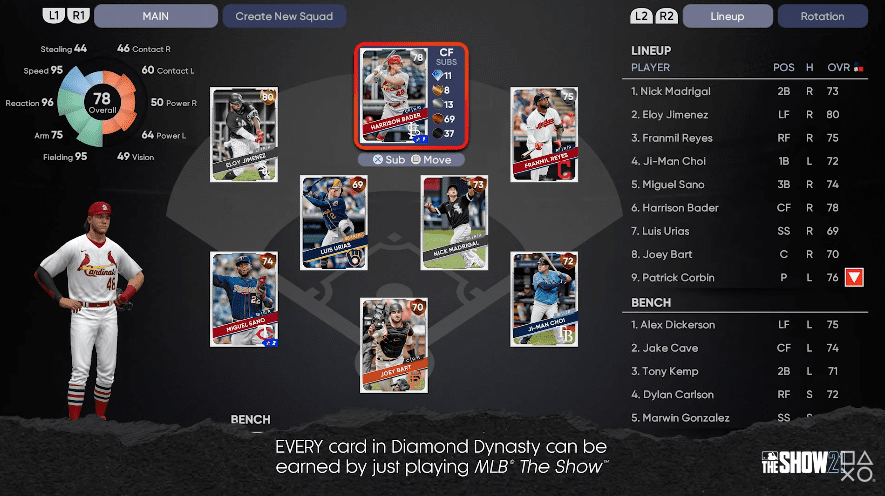 If we talk about the cons of the game, then there is almost no advancement in the graphics. Don’t get me wrong, the graphics are the best out there if we compare it to any other baseball games, but there isn’t much improvement when we compare them between the consoles. The PS5 has got better graphics, but it won’t be visible straight away. Another feature that fans are not liking is the exclusion of night games in your own stadiums.

Sony never said anything about the exclusion of this feature, and fans are knowing about this after they have played the game. So you will be able to create your own stadium, but you won’t be able to play there at night.

There are also very minute changes in the franchise game mode. The minute changes are great, but fans expected the addition of something new and fresh. One of them was an online franchise mode, which is still a dream for all the MLB The Show players. The commentary has also received some negative reviews because there a lot of repetitions in the commentary. If you have played this game for years, then you will feel a bit bored by listening to the same lines again and again.

So this sums up everything we had to tell about MLB The Show 2021. Even after a few cons, the game is still a great play if you are a fan of the baseball sport or if you want to try out the sport. You know the release date; you know the game size, the availability, and the changes in the game mode. All you need to do now is go and play the game.