When Will Miss Kobayashi’s Dragon Maid S Come To Crunchyroll?

Here, we will talk about Miss Kobayashi’s Dragon Maid S Release Date on Crunchyroll. It is an anime adaptation of Coolkyousinnjya’s manga series of the same name. The Monthly Action series of the Futabasha magazine first serialized the manga series on 25 May 2013. The manga currently has ten volumes and is currently ongoing. Miss Kobayashi’s Dragon Maid S is the second season of the anime adaptation. The first season was titled ” Miss Kobayashi’s Dragon Maid”, English for “Kobayashi-san Chi no Maid Dragon”. It premiered on 12 January 2017 and aired 13 episodes till 6 April 2017. The manga already has a huge fan base. So, the first season received positive reviews and was very popular around the time of its release.

Kyoto Animation adapted the manga series into the anime. Also, Yasuhiro Takemoto is the director for the first season. Yuka Yamada wrote the screenplay for the anime. Season 2 of the anime was announced on 12 February 2019 with the release of the eighth manga volume. However, Yasuhiro Takemoto’s sudden death in the Kyoto Animation arson attack on 18 July 2019 caused the series to delay for a while and the status of the second season was unknown for a few months Kyoto Animation Moreover, Tatsuya Ishihara is replacing Yasuhiro Takemoto as the director for the second episode. However, Takemoto will receive credits as the “series director”. Yuka Yamada will return as the screenwriter for the second season.

The Plot of Season 1: 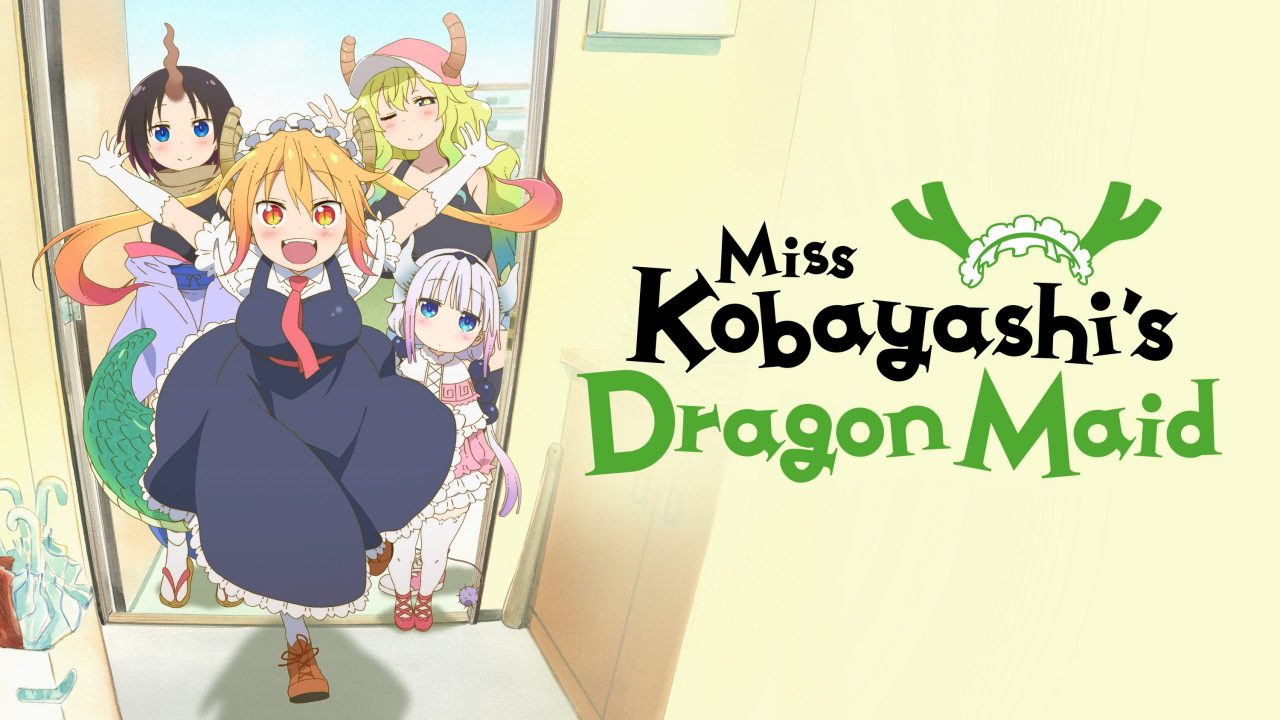 The series follows a normal office worker and programmer Kobayashi. One day, while she is getting ready for work, a large dragon greets her right outside her front door. However, the dragon quickly takes the form of a human girl in a maid outfit. She tells Kobayashi that her name is Tohru, and also informs her of the reason for her visit. Tohru reveals that one day, Kobayashi was in the mountains and encountered Tohru in her dragon form. Tohru claimed herself to be from another world and had a sword stuck on her back. Being in a drunken state, Kobayashi didn’t think much of the situation and nonchalantly removes the sword from Tohru’s back, earning the dragon’s gratitude.

Tohru doesn’t have anywhere else to go, so Kobayashi lets her stay at her home. In return, Tohru becomes Kobayashi’s personal maid. Tohru is extremely efficient at housework, and all seems to be going too well in the beginning. However, as it turns out, Tohru’s unorthodox and magical methods of cleaning often scare Kobayashi. Moreover, it brings her more trouble than she expected. If that’s not all, Tohru is a living magnet, attracting all kinds of dragons, gods, and even mythical beings at Kobayashi’s home.

One of the dragons who shows up at Kobayashi’s door is Kanna. She demands Kobaysahi to return Tohru and let her go back to their native land. The series then reveals that Kanna had been exiled from her world. So, with nowhere to go, she lets Kobayashi take her in and makes her guardian. Now, living with the two dragons, Kobayashi’s boring life is starting to be more fascinating as the three of them share a bond like family. You can watch Miss Kobayashi’s Dragon Maid online on Crunchyroll.

Most of the characters from the first season will return for season 2 as well. Of course, we will get to see the main characters of the show, Kobayashi, Tohru, and Kanna Kamui in season 2. Moreover, Elma, Fafnir, Shouta Magatsuchi, Quetzalcoatl, Riko Saikawa, and Makoto Takiya will return in the second season as the supporting. Moreover, the series will introduce a new character named Ilulu. She is a dragon and will have an important role in the season. These are the only confirmed characters for season 2. The voice actors for the characters will be the same as before, both Japanese and English.

Miss Kobayashi’s Dragon Maid S release date is somewhere in July 2021. Funimation licensed the first season in the beginning and Crunchyroll licensed it a few months later. However, for season 2, Crunchyroll will be the main distributor of the anime. Miss Kobayashi’s Dragon Maid S Release Date on Crunchyroll is also in July 2021. The anime will be available for the subscription members in North America, Central America, South America, Europe, Africa, Oceania, the Middle East, and the Commonwealth of Independent States (CIS).

Season 1 covered 20 chapters of the manga, and also borrowed a few slice-of-life scenes from the later volumes. Expecting the second to have 13 episodes as well, the chapter covered will not exceed a total of 50, including both seasons. Also, according to the official synopsis of the second season, Tohru continues to cause trouble for Kobayashi and also blends well into human society. However, their peaceful lives will be disrupted by the threat of a new dragon, who will cause trouble for Kobayashi. 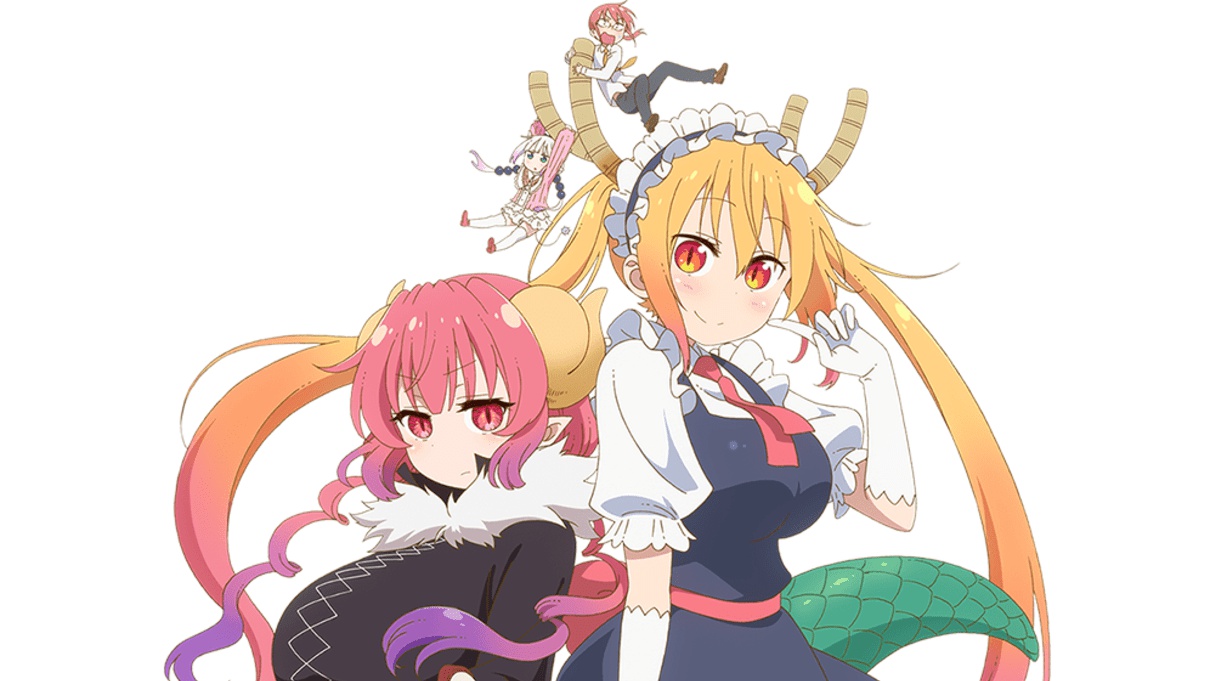 Season 2 will most likely begin with the news that a mountain landslide destroyed the place where Kobayashi first met Tohru. However, Tohru will realize that it is not a natural occurrence and somewhere from her world is the reason behind it. She will seek out to find the culprit. Moreover, Ilulu, known as an extremist in the dragon faction, will aim to destroy the world. She will make Tohru her first target. She is the new threat hinted at in the official synopsis. Ilulu believes humans to be the enemies of dragons and considers Thoru living and serving a human as a betrayal to dragons.

The season will largely focus on her background story and her reason for hatred towards humanity. Turns out, humans killed her parents and now she harbors animosity for the entire humankind. She believes Kobayashi’s kindness to be a trick and wants to stop her from hurting other dragons. However, Kobayashi will prove her character true when she will save Ilulu from some trouble.

Where To Watch Crash Landing on You?

We will have a look at football star Alex Roldan's net worth, career, personal life, and more. 25-year-old Alex was...

Emma Selling Net Worth: The Celebrity From The Show ‘Settling Sunset’

How much does the famous Jerry Bruckheimer make out of his profession? For those who are unaware of his identity,...

Luke Hemsworth Net Worth: How Much The Australian Actor Earns in 2021?

Where Is The Eternals Filmed? Locations Of Marvel’s Film

Andi Dorfman Boyfriend: Who Is The Television Personality Dating?