Mirzapur Season 3 Release Date: When Is It Arriving? 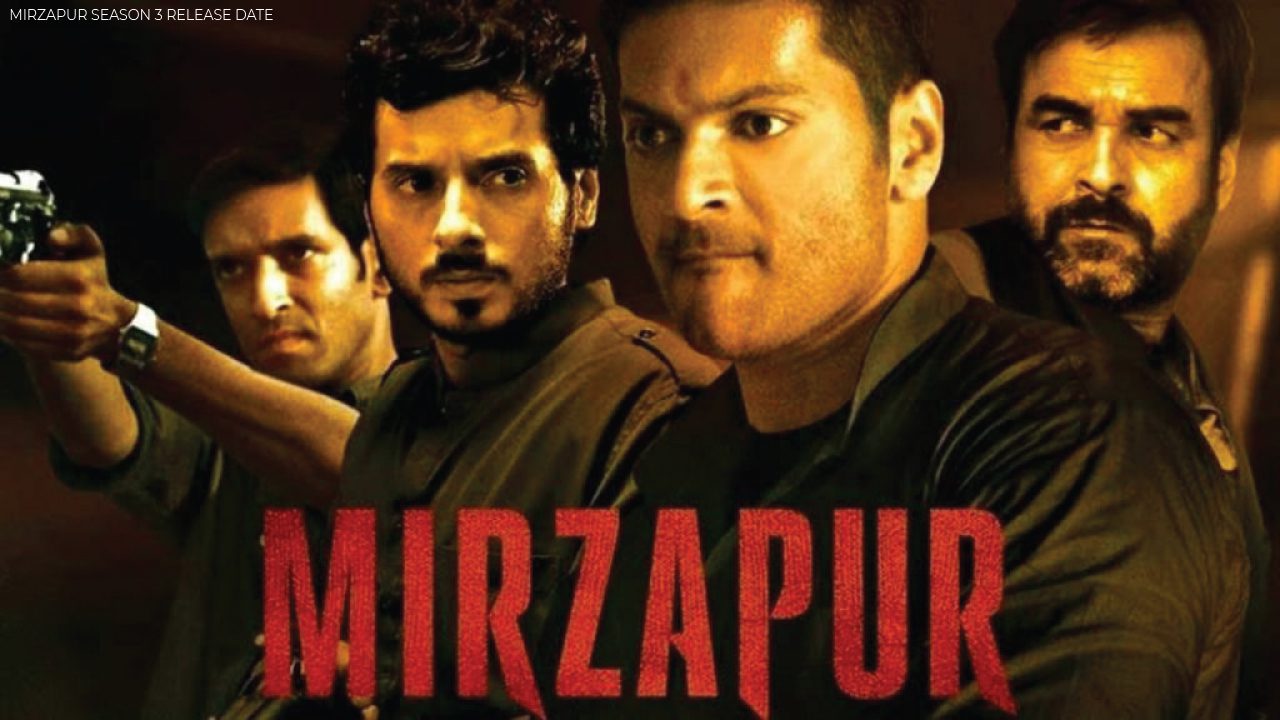 Do we know about Mirzapur Season 3 Release Date? Fans cannot get enough of the hit crime thriller series Mirzapur. The Amazon Prime show was an instant hit right from its inception with an impressive cast ensemble. The political thriller was one of the most-watched shows in no time as the age-old tale of power and greed comes with a twist this time.  The Amazon Prime web series is a multi Starrer Show, and every character tear was widely applauded by fans and critics alike.

Set amidst the lawless town of Mirzapur, the story is all about intense political tension, familial truce, exploitation, and a dangerous plot of revenge. The Amazon series has enjoyed two back-to-back seasons, and we are eagerly waiting for the third chapter of the show to unravel soon. Get ready for yet another thrilling ride in this lawless town as Amazon has already Greek it the show for a third season, and we have all the newest information right here. Let us take a look at all the details about Mirzapur Season 3 Release Date.

The second season made its way into the streaming platform after a prolonged wait of two long years. The second season arrived in October last year with ten brand new episodes. Fans were elated when Amazon went ahead and renewed the series for a third season!

However, the renewal did not come with a release date. With the ongoing pandemic situation, production might start late, and the third season might arrive late this year or early in 2022. The third season was greenlit after Mirzapur went on to become the most-watched series on the streaming platform in India. This record was bagged as it topped popular shows, including Breathe and Inside Edge. The streaming platform did not waste much time and greenlit the next chapter.

Also Read: The Wheel of Time Premiere Date Update: Everything We know on the Amazon Prime Show (R)

Mirzapur Season 3: Who All Are Returning?

Ali Fazal, who plays the role of Guddu Pandit in the hit series, revealed that will be starting soon. The actor, however,  could not elaborate on a possible release date. Shweta Tripathi Sharma will also be returning as Golu Tripathi as she is not done with her revenge yet. Shweta Tripathi earlier shared a sneak peek into the poster of the upcoming third season, and it seems like Munna Bhaiya will return after all! By the look of the second poster, it was also hinted that the women gang is going to play a pivotal role in the series. With further confirmation about the third season, the actress expressed her excitement while admitting that she cannot wait to reprise her role as Golu.  Take a look at this Mirzapur appreciation post.  The series is streaming on Amazon Prime.

Mirzapur is not just an epic show. It is an emotion. Here are five reasons why! #Mirzapur2

Alongside the leading stars, Rasika Dugal as Beena Tripathi, Anjum Sharma as Sharad Shukla, Priyanshu Painyuli as Robin, and Vijay Varma as Choti Tyagi will be joining the cast ensemble as well. We wonder whether Divyenndu will be returning as Munna given how he was shot in the second season finale.

What To Expect From The Upcoming Third Season?

The second season finale ended with not one but several mind boggling cliffhangers. It was soon discovered that Kaleen Bhaiya is very much alive and might return for vengeance. He might target Beena, who betrayed him in the first place. Not to forget, there’s a huge suspense about Beena’s baby and who is the biological father? While many are convinced that it is Raja, the answer will be given once the third season comes along.

Munna was shot in season 2, and his return is not quite possible unless he appears in flashbacks. Actor Fazal has already assured fans that something big is about to come as he states that they have a bigger challenge which is to outdo the last two seasons! Given how very popular the earlier two seasons have been, the stakes are higher this time for the makers and the cast ensemble. We sure are eagerly waiting for the third season!