Animated superhero films and series are always the favorite ones of children and teens. They form some of the best memories one can have in childhood. And one such superhero series that has been a favorite of many kids is Miraculous: tales of Ladybug and Cat Noir. Miraculous is a French-Italian-Japenese-South Korean computer-animated superhero television series. The story o this superhero series revolves around a pair of two young teens  Marinette Dupain-Cheng and Adrien Agreste. They have acquired some magical powers and transform into the superheroes Ladybug and Cat Noir, respectively. And protect the city from enemies. The release of Miraculous Ladybug season 4 is going to be soon.

French studios Zagtoon and Method Animation are co-producers of this series and Toei Animation, SAMG Animation, SK Broadband, De Agostini Editore S.p. A. Also, along with the helped of TF1, AB Droits Audiovisuels, The Walt Disney Company France, Canais Globo, SK Broadband, and EBS.  The series first premiered in France on the 19th of October 2015 on TF1. Before this in South Kores on the 1st of Sept 2015. Following this, the series was also out in the US on the 6th of Dec 2015. Later in April 2016, the series had officially picked up by Disney Channel. And finally begun airing since then. Miraculous has had three seasons to date. 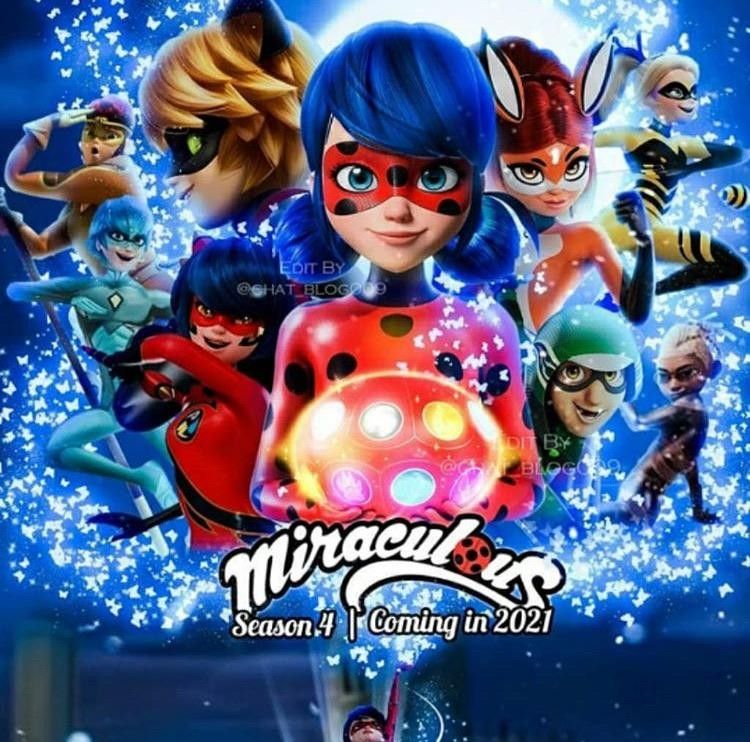 The production process of Miraculous Ladybug Season 4 started as early as 2016. The series director, Wilfried Pain, said that a fourth season was possible with proper fan support. And the fans took this a bit seriously. They have shown immense support to the series. Later in the year 2017, the announcement of the production of season 4 was out. This new release was on the 17th of May In a fan live event in Los Angeles. But it didn’t mention when the season will exactly be released.

But later on, almost every year, there were some other updates regarding the release of season 4; in 2018, Zag posted on Instagram that the crew is working on seasons 4 and 5. And this time, the supergirl will be arriving with brand new powers, new outfits, and also New Kwamis. And maybe the audience will also get to see some new heroes.

Later on, in 2019 and 2020, there were many updates on the release of season 4, But all of them were concerned with the companies that will be a part of the production team. As this Series has its origin in 4 different places, the production work is sometimes difficult. But finally, on the 9th of March 2021, the Gloob posted an unreleased clip from season 4 and stated that the world premiere for season 4 would be on the 23rd of March in Brazil.

Miraculous Ladybug Season 4 Episode 1 will be released on 11th April 2021. Fans have been super excited for the release of season 4. The brand new season will be first aired in France on Disney+. And this time, the audience can expect some awesome stories from the series.

This season Marinette Ladybug will not only be the superheroine that protects the whole of Paris from the attack of villains. But also the guardian of all the miraculous. But this will also bring a greater responsibility on her shoulders. She will have to make sure that her identity is hidden and the identity of the new magical creatures the Kwmis is hidden as well. This time she will also have the pressure of school and love life. And with the mention of love, she is going to have fewer opportunities now to express her feelings to Adrain. Her Love. But with all these things going on in her life, she has also redoubled the efforts that she had been putting in protecting the world. She has to become stronger than before to face the great challenges that will be coming her way this time. The adversities that she will be facing are going to be greater than ever before. With the shadow moth acquiring a mysterious power with which he is able to fuse the butterfly and peacock Miraculous. But this time, she can count on Cat Noir and the other superheroes, too, to help her out in difficult situations.

Also Read A Quiet Place 2 Preponed: Here’s What We Know