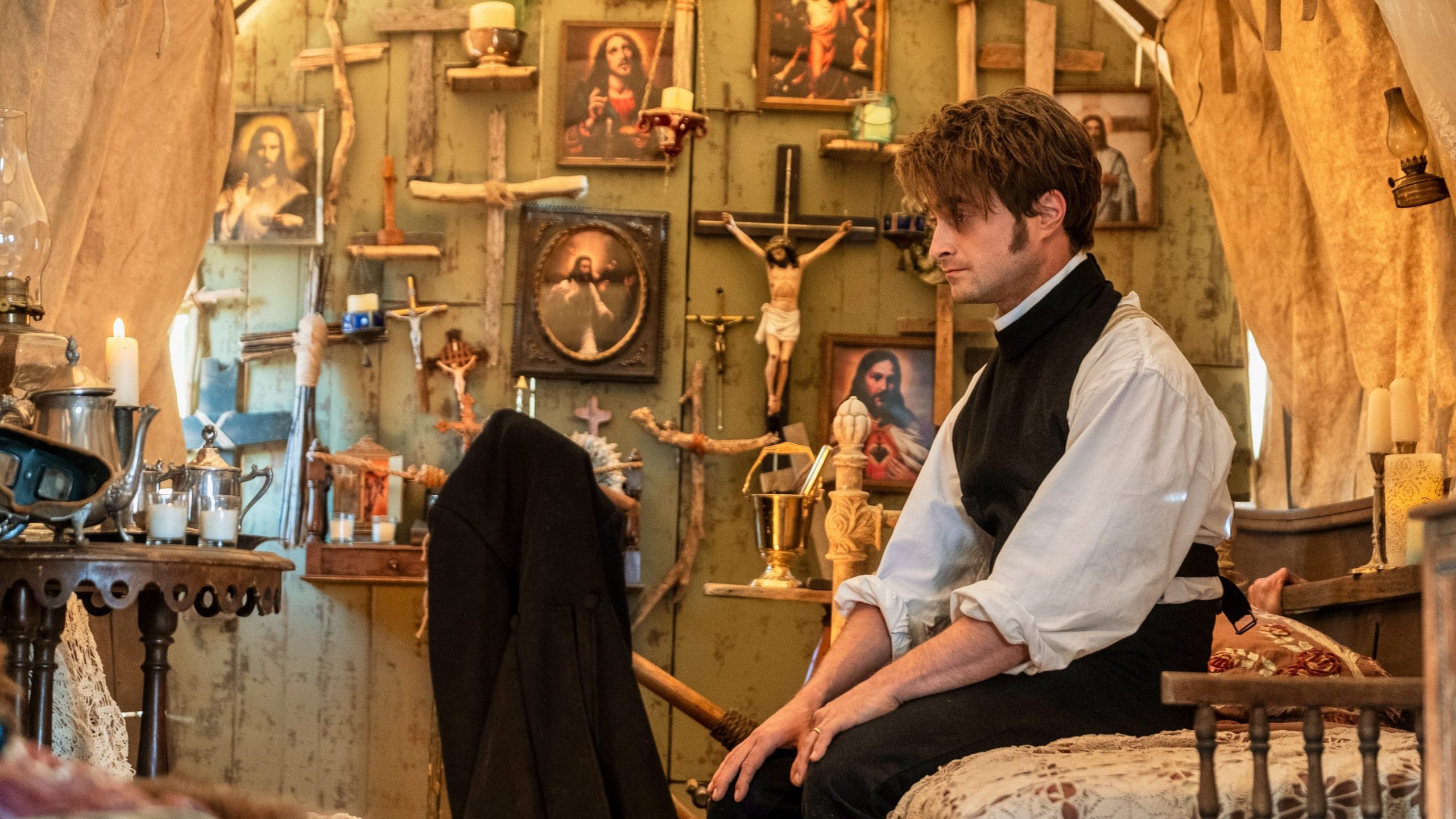 Miracle Workers Season 3 Episode 9 will focus on the farmers, Benny the teen, and Ezekiel trying to survive the top of the mountain without food. We saw previously that everyone was trying to get complete the Oregon trail. However, things went sideways when the journey got cursed by God. At least that is what Ezekiel thought. We also witnessed the return of the ferocious bandit Trig who is the daughter of Benny the teen. She also played a vital role at the end of the episode when she left the people stranded without supplies and clothes. The popular comedy anthology comedy series has gained a big audience since it was first released.

The show stars the very famous British actor Daniel Radcliffe in the lead role. Daniel is globally known for his role as Harry Porter in the blockbuster movie series “Harry Potter”. The other star casts of Miracle Workers include Steve Buscemi, Geraldine Viswanathan, Jon Bass, Karan Soni, Sasha Compère, and Lolly Adefope. The story of the series is different for every season. The reason behind this is that the show is based on the different writings of Simon Rich. Simon is a screenwriter, novelist, and humorist. The first season was based on Simon’s work titled ‘What in God’s Name’. Similarly, the second season was based on ‘Revolution’ by Simon Rich. However, there has been no confirmation about which story has inspired Miracle Workers Season 3. Although there is a theory that the story of Miracle Workers Season 3 has taken inspiration from the historical movements of 1844 in America. 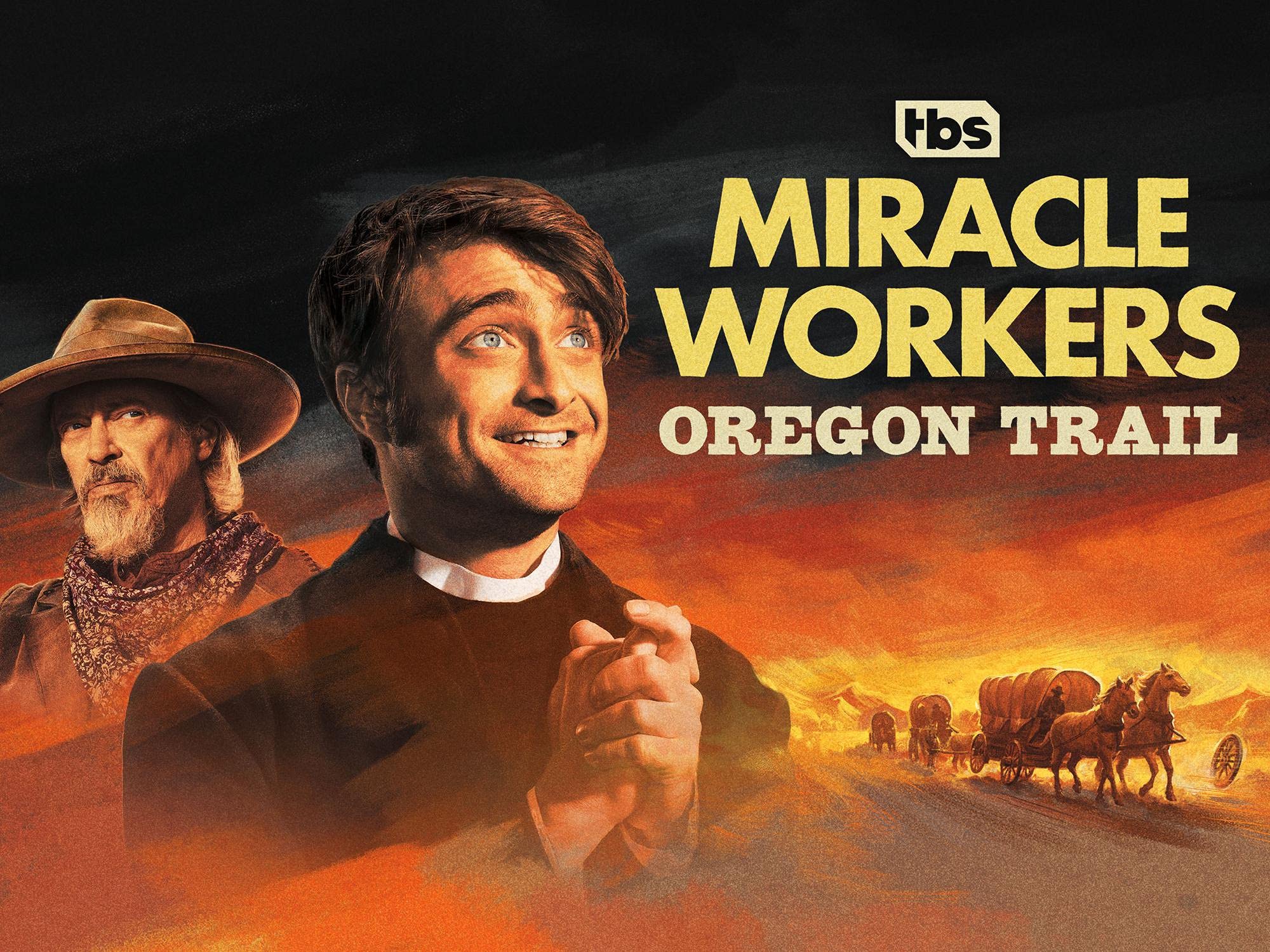 The eighth episode of Season 3 opened with Ezekiel, Benny the teen, and the farmers starving for water in the deserts of the wild west. Ezekiel in particular started hallucinating due to desert heat and was seeing water everywhere. However, Benny brought him back to his senses. They also found The Gunslinger lying there in the desert, suffering from heatstroke as well and having illusions of being in a pool party.

They all finally survive the desert and reach the jungle trail. We see another major scene where Ezekiel and Prudence are making love. In addition to that, we see that they have decided to tell their partners about their love when they reach the mountain top. Furthermore, they want to spend their lives together after they get separated from their respective marriages. Then further in the episode, we see Trig returning to capture and kill Benny. She is fed up with people still comparing her work to that of her father’s legacy. 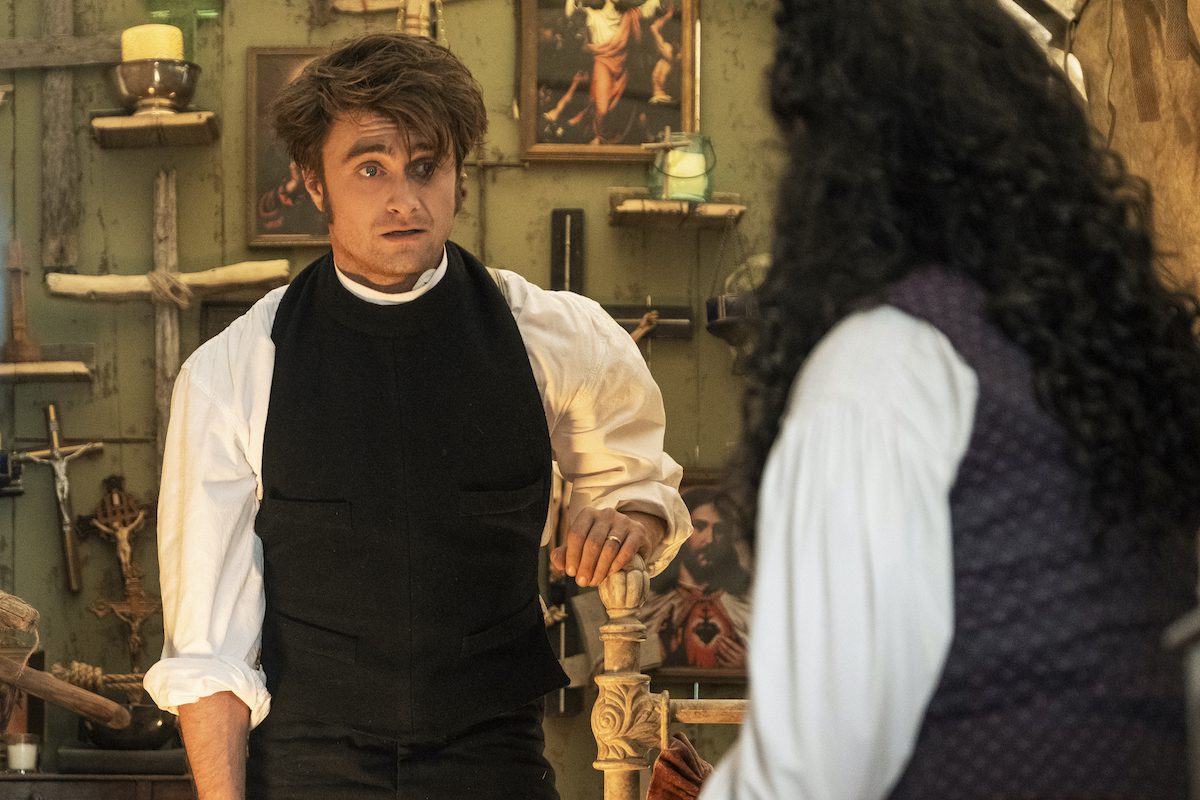 A still from Episode 8

But Ezekiel and Prudence stop her and tie them up. Moving on, we see that their trail is cursed as more and more bad things start to happen out of nowhere. Ezekiel thinks it is God’s way of punishing them because of his sinful affair with Prudence. Therefore, he prays to God and asks for forgiveness while revealing the truth to everyone. In the end, we see Trig manipulating Todd to betray all the people and leave them stranded at the mountain. Moreover, Todd takes Prudence with him forcefully and destroys the food and supplies of everyone as well.

Miracle Workers Season 3 Episode 9: When Will It Release?

Miracle Workers Season 3 Episode 9 will be releasing on 7th September 2021. We are finally getting to the end of Season 3 with only two more episodes remaining. However, the fans will have to wait for an extra week to see the next episode. There is going to be a two-week gap rather than the usual one-week gap. The ninth episode of Season 3 will air at its usual time at 10:30 p.m. ET on the TBS network.

In addition to that, the episode title for Season 3 Episode 9 is “Stranded”. As the title suggests, the episode will show how the farmers struggle to survive the blazing cold on the mountain. They have no food or supplies left as Todd destroyed their carriages when he betrayed them in Episode eight. Ezekiel will have to find a way to get everyone out of this situation with the help of Benny the Teen. Will will also see Todd on his new endeavors with Trig. Moreover, the episode might further explore the fate of Ezekiel and Prudence’s relationship as she has been taken away forcefully by Todd.