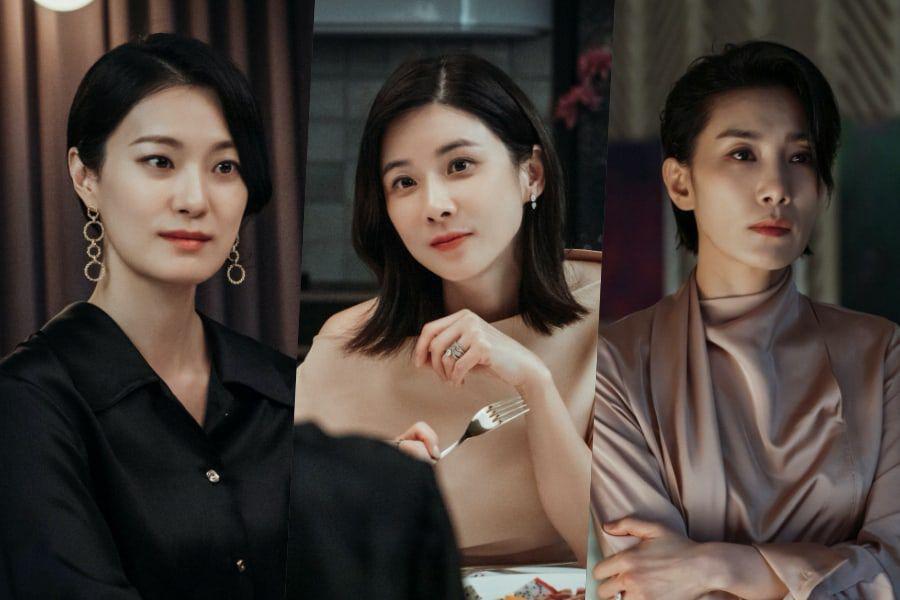 Mine, the powerful Korean drama series, has revealed its ending this week on a compelling note. Viewers and critics praised the cast and crew of this drama for their fantastic job. Furthermore, Mine released its final episode that is the sixteenth episode, on June 27. Mine is a South Korean television drama written by Baek Mi Kyung, one of the most talented writers in Korea. Moreover, this drama has been topping the viewership rating chart since day one of its releases. Although the drama has ended, it will be a long time before fans stop talking about it.

This drama revolves around two women who fight off prejudice and much more to protect what’s truly theirs. Hence, the name ‘Mine.’ Hi Soo and Seo Hyun are the two daughters-in-law of the mega influential Hyowon group. They have everything they want, but when two new women Kang Ja Kyung and Yu Yeon, enter the house, it leads them to question everything. “Will these two women be able to fight till the end to protect their happiness?” is the storyline of this drama. Although it looks pretty wholesome, things are far from merry in this drama. For those of you who have not watched the drama yet, this article will be full of spoilers and praises of this drama. Keep reading to find out all the details regarding the ending of Mine. 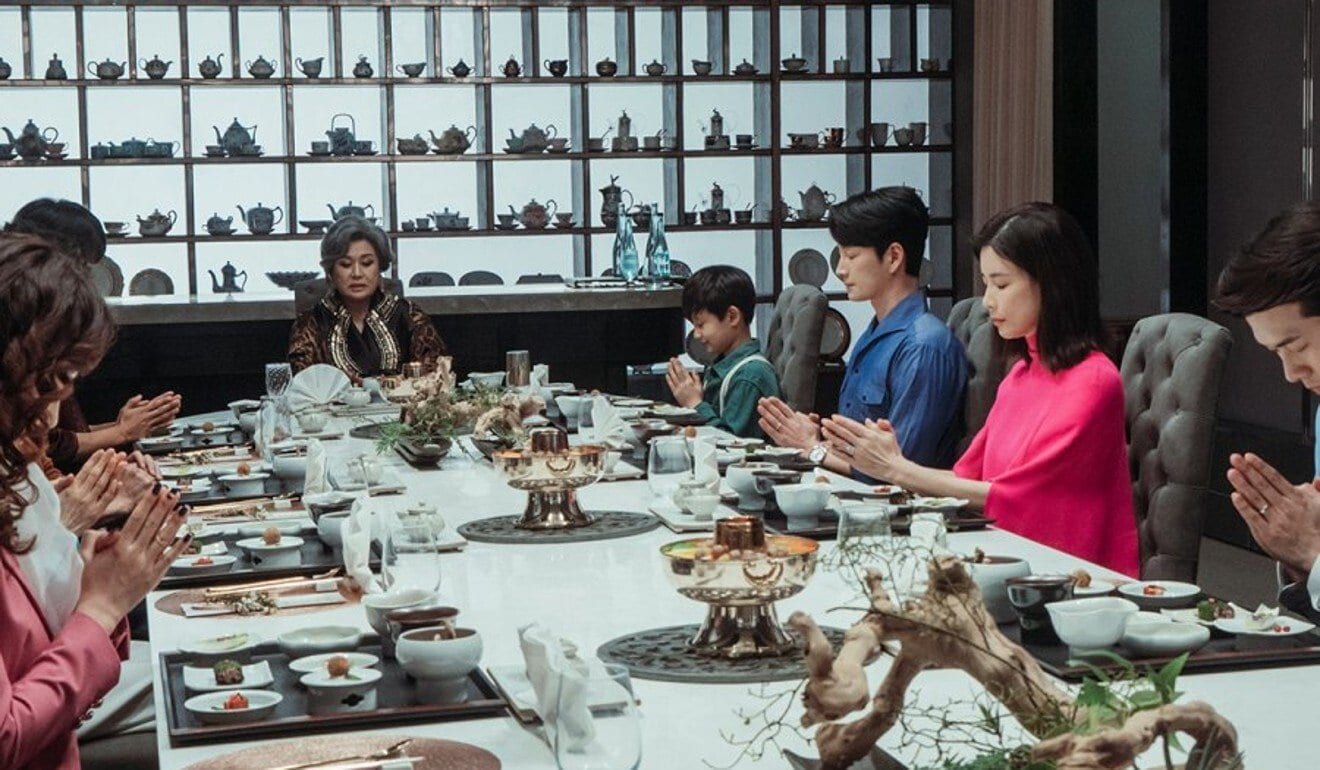 Mine Ending: Who Is The Murderer?

Before jumping into who the killer was, I and many other fans of the drama would like to applaud the screenwriters. From Episode 1 to the last episode, the writers skilfully decided what information to give out and what to not. One of the most important reasons why this drama is a hit is due to its shock factor. Furthermore, fans were left open-mouthed when halfway through the series, Han Ji Yong was murdered. As for the most part, it seemed like Hi Soo dies.

Mine’s ending was a perfect one. To be honest, the ending couldn’t have been any better. Each of the characters got what they truly deserved. The final episode of Mine starts with Hi Soo sitting inside the bunker, tearfully looking at Han Ji Yong’s portrait. Moreover, the Detective has only two hours left to find the murderer, so he shows up at the Cadenza. Although he knows that Han Ji Yong was murdered, he concludes the case as suicide due to lack of evidence.

The Silence Before The Storm

The murder is shown through a flashback that Hi Soo has while climbing the stairs that she and Han Ji Yong fell from. The flashback starts with Song Tae being a nervous mess as the maids prepare for the engagement party. Furthermore, all the guests applaud Soo Hyuk and Yu Yeon for their engagement. One of the most heart-touching moments is when Soo Hyuk gifts Seo Hyun a necklace and says,” thank you for raising me well, Mother”. This scene brought tears to Seo Hyun and almost every viewer’s eyes. The scenes that come after this are far from sweet. 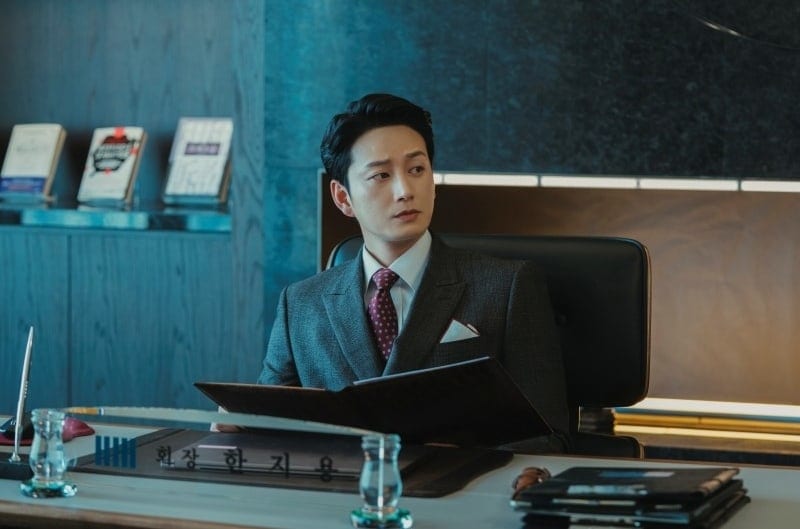 What Led To The Tragedy?

After, Kim Seong Tae whispers to Han Ji Yong that Han Jin Ho wants to meet him in the bunker. He then proceeds to lock Han Ji Yong in the bunker and puts poisonous substances in the pipes that circulate oxygen to the bunker. Subsequently, Hi Soo texts Ji Yong to turn himself in. This leads to Han Ji Yong believing that she is the one who is trying to kill him. After some time, Seong Tae is overcome with guilt and opens the door to the bunker. As soon as he spots Hi Soo on the staircase, Han Ji Yong strangles her. Even when in danger, Hi Soo advises him to turn himself in. Seo Hyun hears some commotion in her office.

Someone picks up the fire extinguisher and hits Han Ji Yong on the head, resulting in him falling down with Hi Soo. The camera pans to the person’s face, and it is revealed to be Head maid Joo. Head maid Joo was the one who hit Han Ji Yong with the fire extinguisher. No one saw this coming at all. Moreover, she flees from the site as soon as she realizes what she has done.

Seo Hyun comes out of her study and watches in shock, Hi Soo’s and Ji Yong’s bodies lying on the ground. She takes Hi Soo up to her study and goes back to the scene of the murder. Seo Hyun observes the marks on Hi Soo’s neck and thinks that Hi Soo might have killed Ji Yong in self-defense. She removes the fire extinguisher from the site and takes Hi Soo to the hospital. A very chilling scene is when Seong Tae and Maid Joo wipe the blood off the floor as Han Ji Yong lies there lifeless.

Who Gets The Blue Diamond?

Everyone who sees Han Ji Yong lie on the floor in his own blood is shaken to the core. From Mother Emma to Seong Tae and Maid Joo. Furthermore, Head Maid Joo blames Kim Seong Tae. She asks him why he even let him out, and if he was that good of a person, he should not have done it. Seong Tae asks her if she is the one who killed Han Ji Yong. Maid Joo does not answer him and tells him to leave for Monaco. Moreover, she tells him to hand over the Blue Diamond to her as she is the one who killed Han Ji Yong. 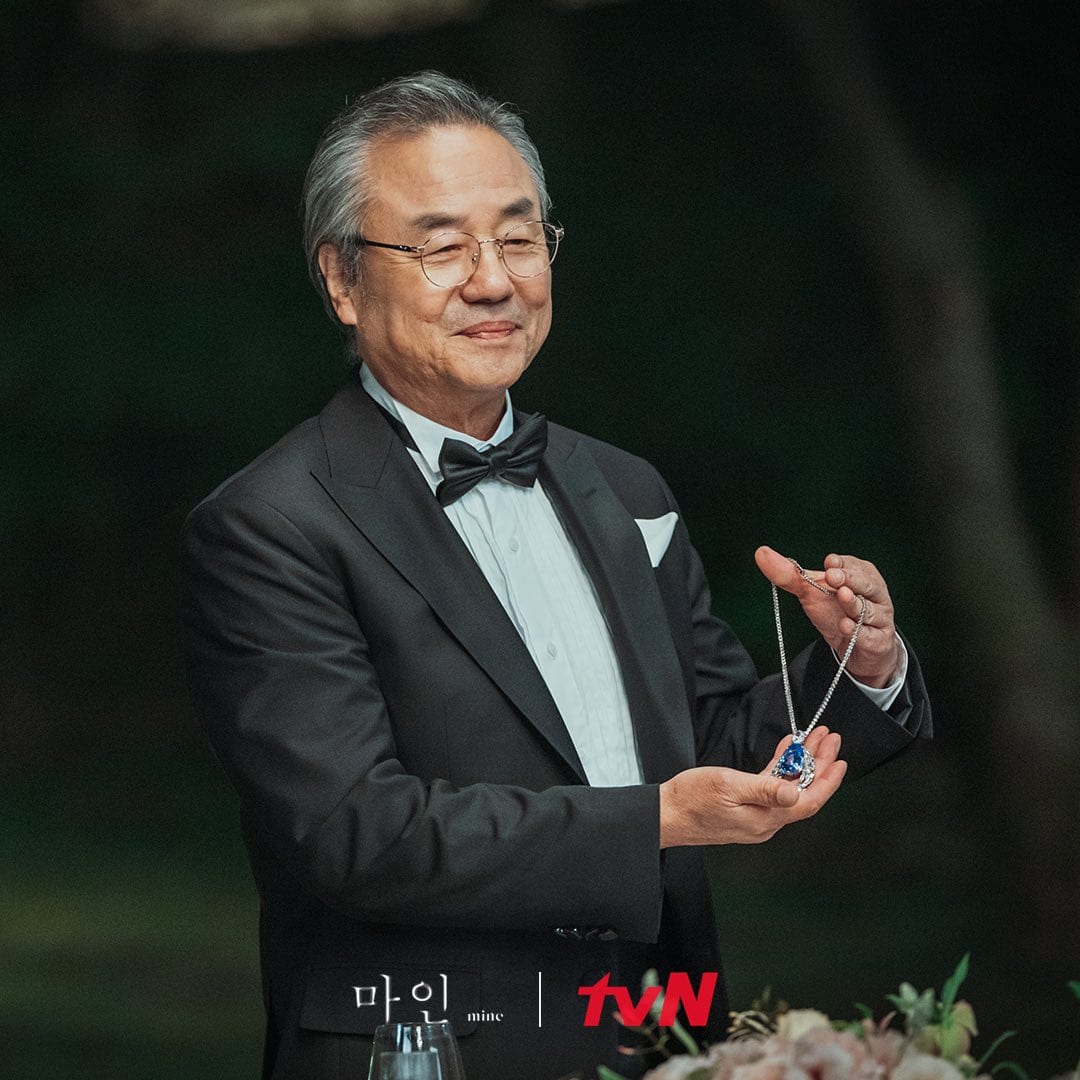 The scene is chilling because even after seeing someone’s death, they fight over the Blue Diamond. This stuck a great ending for Mine as fans would have been heartbroken to know that their favorite female leads were responsible for the murder.

Seo Hyun learns that Hi Soo was not the one who murdered Ji Yong when she catches Head Maid Joo leaving the house secretly, in the middle of the night. Furthermore, after Head Maid Joo tells her what went down that night, Seo Hyun tells her to make an important decision. To keep the Blue Diamond and live as Ji Yong’s murdered or to return it and become Hi Soo’s savior. Thankfully, Head Maid Joo returns the Blue Diamond to the Chairman. Later, the mother-in-law is seen wearing it. 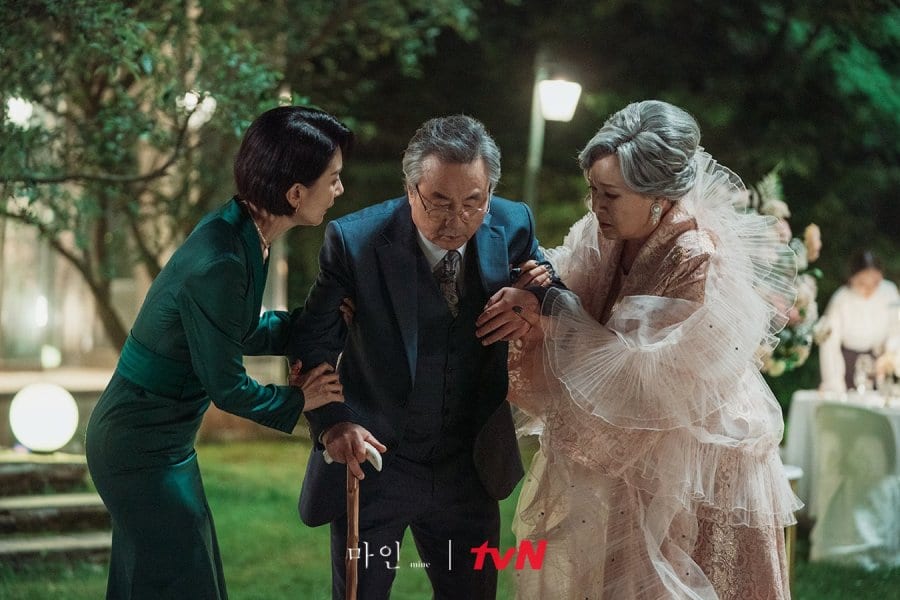 Furthermore, Lee Hye Jin still believes that Hi Soo never lost her memory and asks her why she faked her memory loss. Hi Soo did it for Ha Joon, to nobody’s shock. She tells Lee Hye that Ha Joon is already suffering because he lost his father. On top of that, if he came to know that his father tried to kill his mother, he would be shattered. Lee Hye Jin thanks her for protecting Ha Joon.

Hi Soo thanks, Lee Hye Jin, for giving birth to Ha Joon. Lee Hye Jin tells her that Ha Joon is her son. This is a very heart-touching moment as Lee Hye Jin is Ha Joon’s birth mother.

The scenes after the six months skip were the most wholesome part of the drama. As expected, Seo Hyun has become the Chairwoman of the Hyowon group. Power comes as second nature to Seo Hyun, it seems. Mother Emma has quit being a nun and now works at a farm. Furthermore, Hi Soo has made a comeback and is following her true passion. The funny thing is that the drama with which she is making a comeback is also called ‘Mine.’ Moreover, Yu Yeon is back now as Seo Hyuk’s fiance. Thanks to Seo Hyun’s help, she has gone through a complete makeover and is no more a pushover.

Ha Joon has returned from the States, and Hi Soo goes to pick him up at the airport. This follows a beautiful scene where Ha Joon holds Hi Soo’s hand on his right and Hye Jin’s hand on his left. The two women say that they will give all their love and care to Ha Joon and will raise him into a good human being.

Hi Soo’s and Seo Hyun’s ”Mine”

The Mine ending had given us a piece of pretty good advice to follow in our lives. Seo Hyun visits Mother Emma, who apologizes to her on behalf of the world. She feels sorry that she had to hide in the closet even though she has not sinned. Mother Emma tells her to come with Hi Soo sometime. Later, Seo Hyun visits Hi Soo on her drama set. They both thank each other for their support and love. Hi Soo asks Seo Hyun if she has found her ‘Mine.’ This leads to Seo Hyun calling Suzy Choi and asking to meet her. 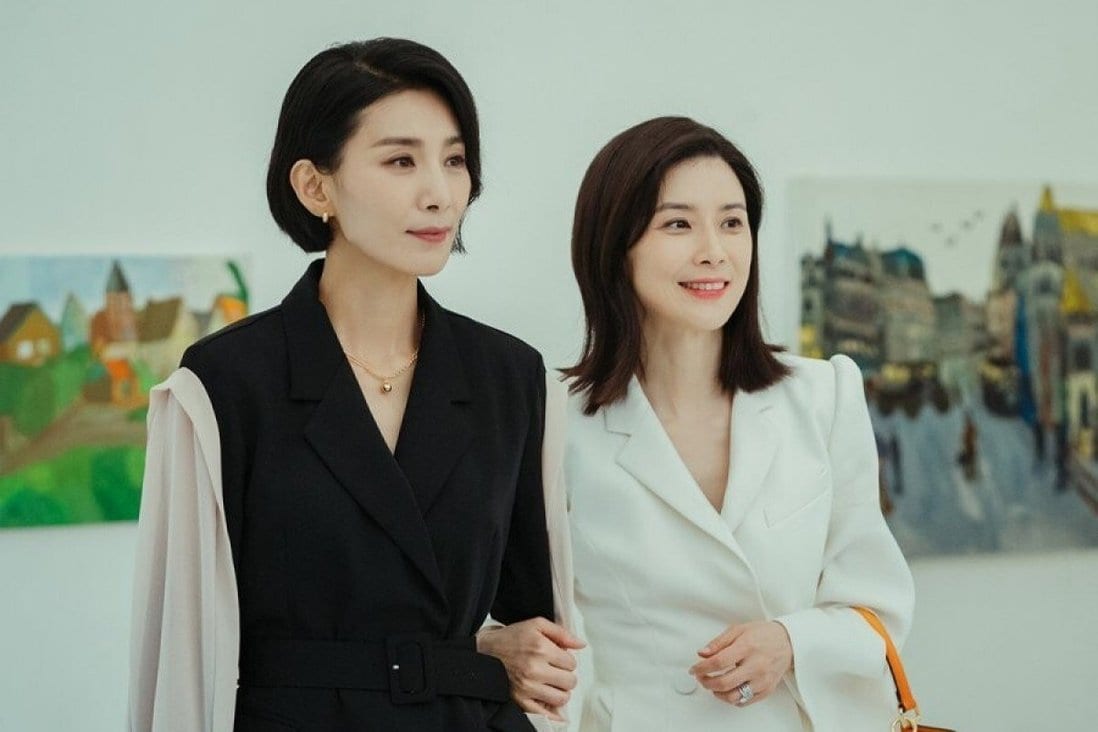 Mine ending was the best ending that Kdrama fans have witnessed. How it showed that Seo Hyun’s sexual identity does not make her any less powerful is terrific. Fans are calling her the best LGBTQ character in Kdrama history. Hi Soo breaking out from the golden cage and returning to her true self was a great ending. Also, both Hye Jin and Hi Soo decide to raise Ha Joon on their own, without a male, breaks a big taboo. The final episode is named ”Glorious Women” and rightfully so. This drama is a must-watch. It is available to watch on Netflix.