We might have a new musical couple in town! 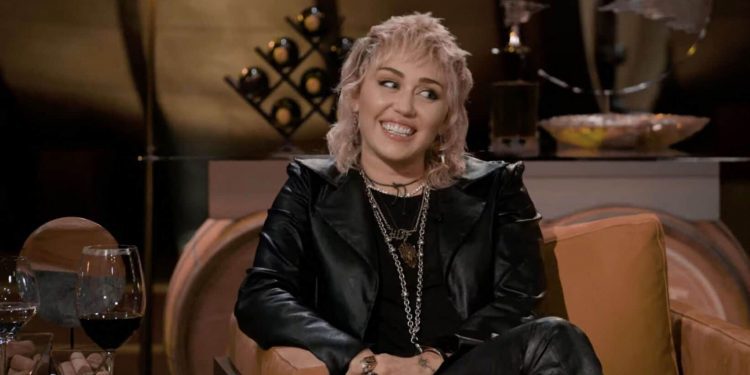 Is popstar Miley Cyrus Dating Maxx Morando? Singing sensation Miley Cyrus recently grabbed eyeballs at her New Year’s Eve Special. The star-studded event with big names like Pete Davidson, Saweetie, and Jack Harlow went on to become a huge success. Not to forget the singer had a bit of a wardrobe malfunction moment which she handled in the perfect way ever! The event made headlines for yet another big reason. It seems like we have a new couple in town!

However, turns out Miley Cyrus might not be the single lady anymore! Tabloids are pretty much convinced that the Malibu hitmaker is dating someone. While fans still are awaiting social media confirmation, the rumored man is also from the music industry. These two have bonded over their artistic connection and are reportedly enjoying each other’s company? Who is this mystery man? Let us find out all the details and lesser-known facts about Miley Cyrus Dating Maxx Morando.

It seems like singing sensation Miley Cyrus has a new man in her life! The Malibu hitmaker is reportedly dating Lilly drummer Maxx Morando! The alleged couple has been sparking dating rumors after being seen together in Miami. Miley Cyrus was there for her much-awaited New Year’s Eve special, Miley’s New Year’s Eve Party for NBC. The rumored pair were seen dancing backstage at her special.

Later paparazzi caught the two sharing a cozy moment at the balcony of Miley’s Miami hotel room. With such cozy moments captured, it seems like Miley and her beau are kick-starting the new year on a romantic note. Earlier the songstress praised Maxx’s work and even talked about him in an interview. Maxx Morando has earlier played the drums for the popular punk rock band The Regrettes for three long years, from 2015 to 2018.

Also Read: Who Is Miley Cyrus Dating: Is There A New Man In The Songstress’ Life?

The singer has yet not made official confirmation about her rumored menace with Maxx Morando. The alleged couple even made their red carpet appearance together back in November last year at the Gucci Love Parade fashion show in Los Angeles. The pair is not keeping things a secret or shying away from the limelight. Take a little sneak peek into Miley Cyrus’ breathtaking performance at the New Years Special. It was an action-packed performance.

While Miles seemed to be in good spirits throughout the event, the rumored couple were seen holding hands at one point, with the singer wrapping her arms around the drummer. Mikel Cyrus has always been very candid about her personal life or relationships, we wonder when will she officially confirm the ongoing speculations. This relationship comes after Miley Cyrus’ split with Australian star Cody Simpson. The two dated for a while but parted ways soon after. The singer has always managed to make headlines for her personal life, and this alleged musical couple might soon make things official, and we sure are waiting.

Is Miley Cyrus’ New Song About Her Rumoured Beau?

Moreover, a source has claimed that Miley and Maxx are artistic and creative and have bonded over being musicians. The spruce has further confirmed that Miley’s rumored Beau Maxx did join her at the NYE party. The drummer was backstage with Miley and Pete Davidson at the New Year’s Eve show rehearsals and taping. All of them were reportedly having a good time. Miley’s man was there to cheer her up for the big event.

The Wrecking Ball hitmaker earlier once talked about her rumored Beau and evening called him her one of two favorite emerging artists. These dating rumors are further fuelled after Miley Cyrus debuted a brand new track on NYE called titled You. The singer further explained how the track is so new that she did not have a chance to record it yet. However, fans are pretty convinced that the song is about her new beau. The lyrics talk about the ever-lasting love and that also with a specific person. Is this person Maxx?