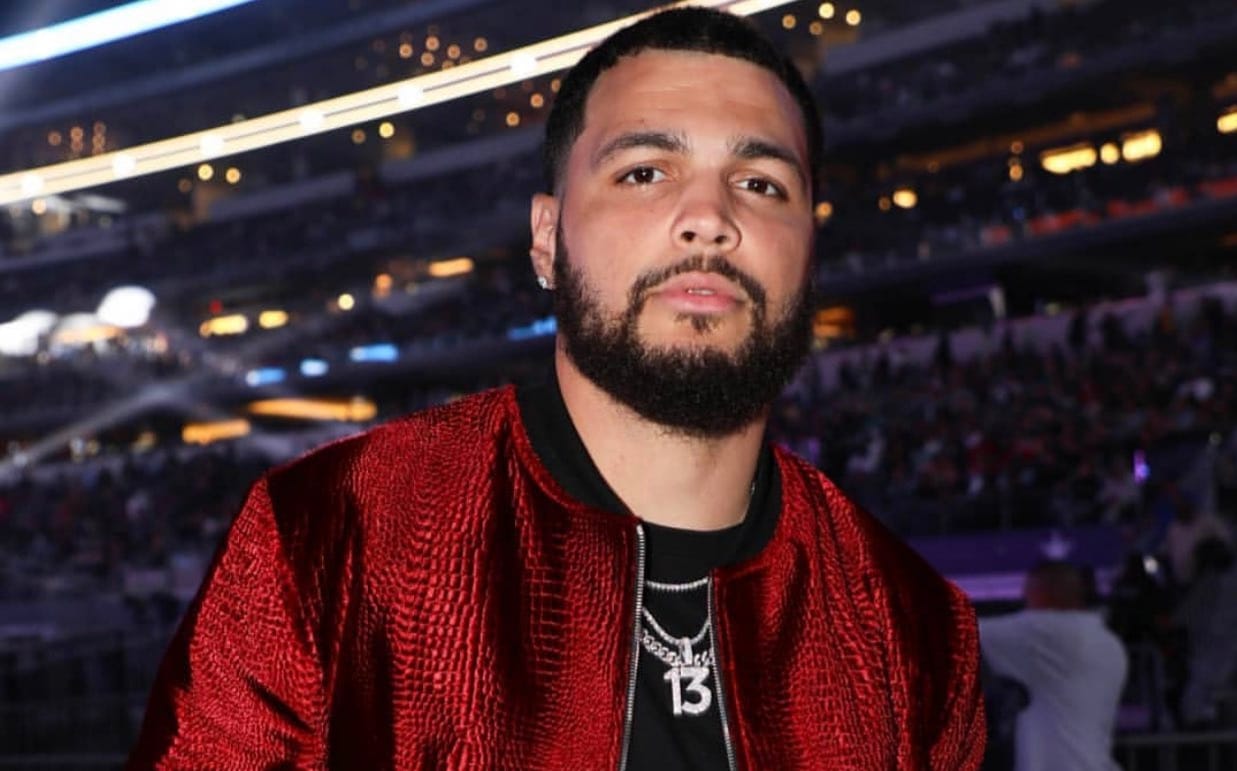 Mike Evans is one of the best wide receivers NFL has to offer. During the 2020-21 NFL playoffs, he broke the franchise record for receiving yards. He finished with six receptions for 119 yards and led his team to a 31-23 over Washington Football Team. Then in the Super Bowl LV, Evans led his team a victory over Kansas City Chiefs, 31-9. This win on February 7, 2021, marked Tampa Bay Buccaneers’ second victory after Super Bowl XXXVII. And not so long after this huge win, Evans had another big day coming his way. Before you can ask who is Mike Evans dating, we would like to inform you that last February 13, 2021, marked the fifth anniversary of Mike and his wife Ashli.

Over a lovely Instagram post, Mike congratulated her on the anniversary. He even wrote in the caption “Queen Love You”. The couple dated for many years before getting married. In this article, we will have a look into Mike’s dating life with Ashli. Mike Evans plays as a wide receiver for the Tampa Bay Buccaneers of the NFL. He started his rookie years with a record of 12-receiving touchdowns. Evans was also active during his college years, where he played for Texas A&M. There he earned the first-team All-American honors for a record 1394 receives on 69 receptions. 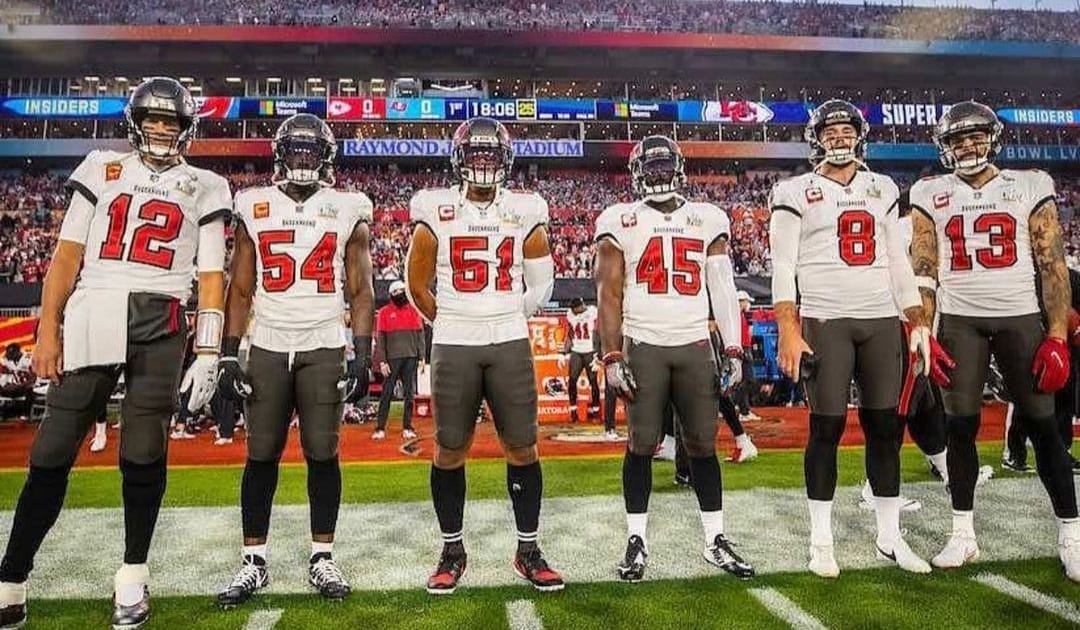 Mike Evans (extreme right) with his team after the Super Bowl LV win (Via: Instagram)

Mike Lynn Evans III was born on August 21, 1993, in Galveston, Texas. Evans did not have a very stable childhood. His mother, Heather Kilgore, was constantly abused by his father. Fed up with this constant torture towards his sister, Evans’ maternal uncle murdered his father. Evans was only 9 during that time. With all these terrible experiences as a child, Mike found his love in athletics. And this love is what inspired him to grow into a better person. He was an exceptional athlete from his school days. During high school, he played basketball, football and ran track. But it was only during his senior year that he started playing football seriously. For his performance, he earned the second team District 24-4A honors. 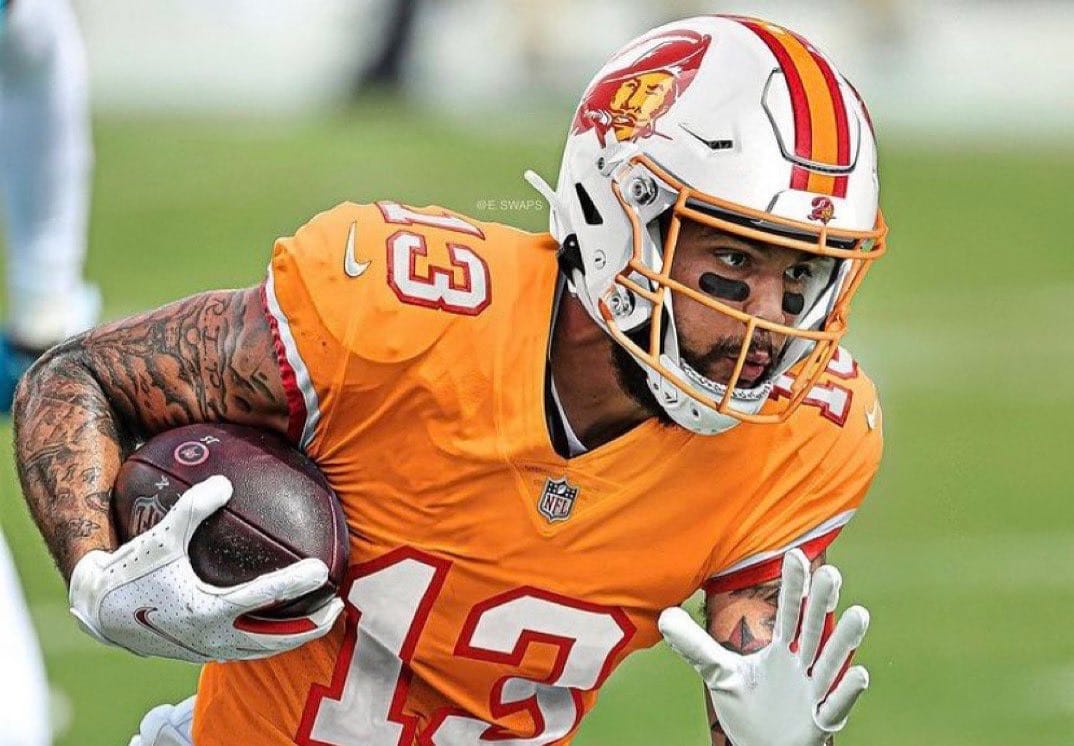 Mike was recruited by Texas A&M University where he played for the Aggies from 2011-13. In his freshman year, he received the All-SEC honours for a record of 100 receiving yards within 3 games. While in his sophomore year, Evans was a selection for the first-team All-SEC. He set a record of 11 receptions for 287 yards and 4 touchdowns. Evans was selected into the first-team AP All-American in December 2013. He finished the season with 69 receptions for 1394 yards and 12 touchdowns.

Also read: Who Is Briana DeJesus Dating In 2021? All About This Teen Mom’s Life!

Mike was selected into the Tampa Bay Buccaneers in the seventh overall pick of the 2014 NFL drafts. He was a major consensus for top 10 picks. On June 12, 2014, Mike signed a four-year contract with the Buccaneers worth $14.6 million. He made his debut on September 7, 2015, with the season opener match against Carolina Panthers. Evans logged 5 receptions for 37 yards. He scored his first career touchdown on September 28, 2014, in the winning game against Pittsburgh Steelers. He ended his rookie season with many records to his names. Mike had scored 68 receptions for 1051 yards and 12 touchdowns, setting a franchise record. He was also the first rookie since Randy Moss in 1998 to have 3 consecutive 100 yards games. He also became the youngest player to catch for over 200 yards in a game. 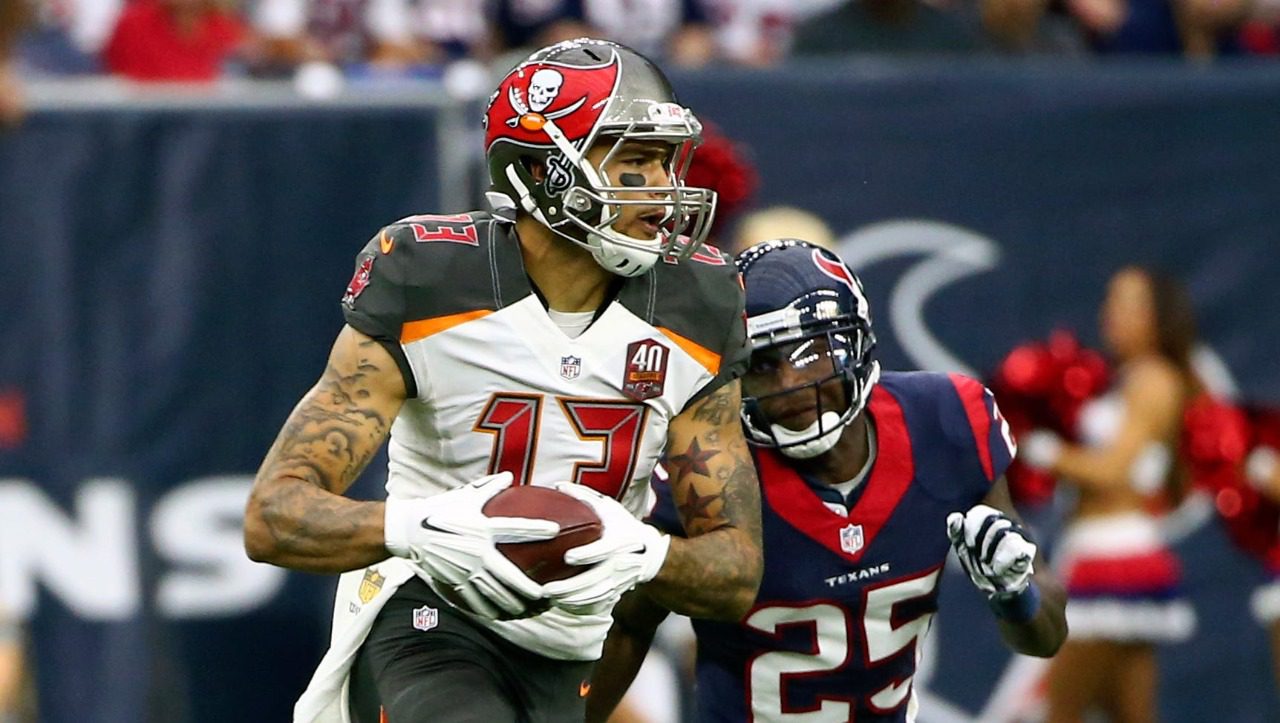 Who Is Mike Evans Dating?

Mike Evans is not dating anyone. Because he is married. As successful as the receiver’s professional life is, he was also successful in finding a good partner for himself. Mike started dating Ashli Dotson from his college years. But it was only in 2014 that they made their relationship public. And in the December of the same year, Evans proposed to Ashli. And the college sweethearts became happily engaged. Then the couple decided to tie the knots finally in 2016. Over a beautiful ceremony, Mike and Ashli got married on February 13, 2016. 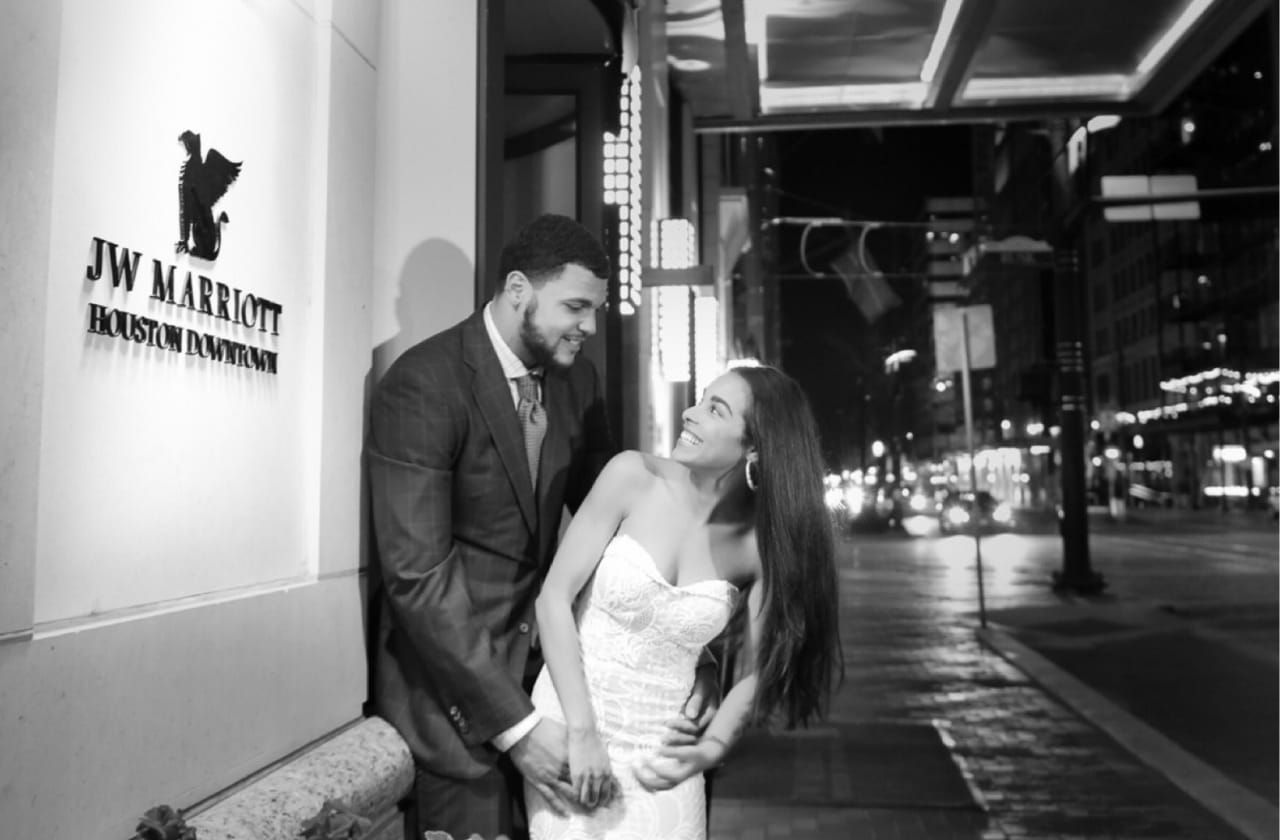 Mike with his wife Ashli after their wedding ceremony (Twitter)

Ashli was born on December 17, 1993. She met Evans during her college years in 2013. Ashli was studying at Blinn Junior College then. After instantly realizing their shared interests, she started dating Evans. And they finally married in 2016. Later in 2016, she had her first baby with him named Ariah Lynn Evans. Their second child is a boy named Amari Thomas Evans who was born in 2019. Ashli is also the stepmother to Evans’ child from a previous relationship named Mackenzie. Along with her husband, she opened the Mike Evans Family Foundation in 2017. This foundation aims at helping victims of domestic violence. Evans having experienced those troubles himself as a child, doesn’t want anyone else to go through it. Evans completed five years of a peaceful marriage life this year. Let’s hope this couple stays stronger and together forever. 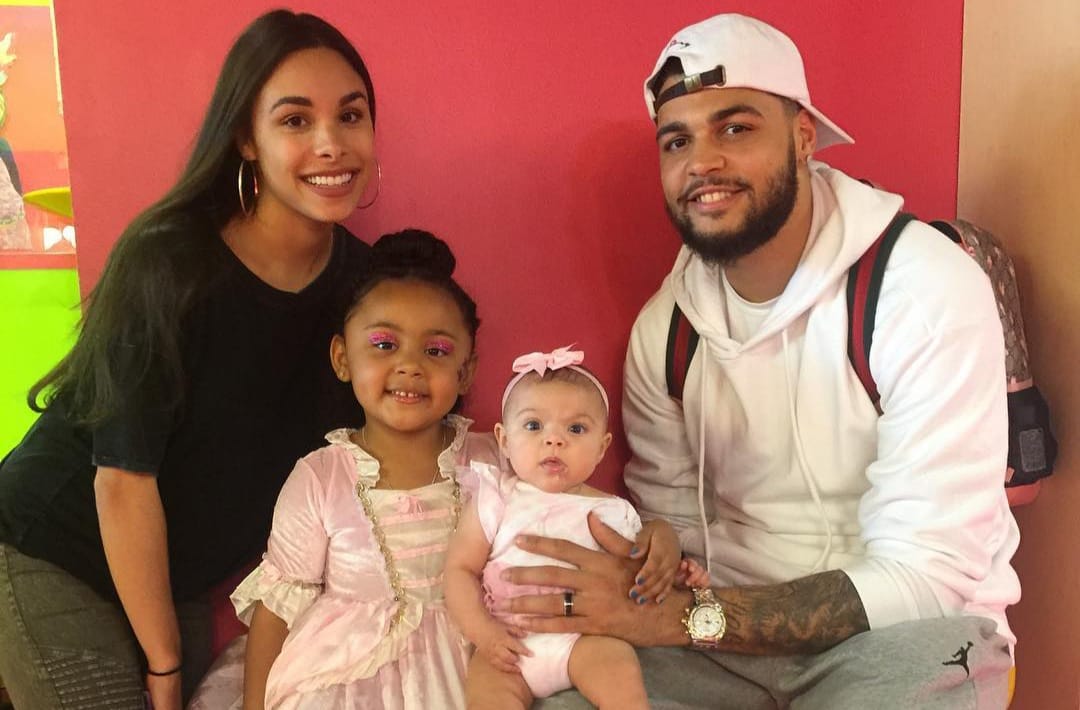 Mike and Ashli with daughters Mackenzie and Ariah (Via: Instagram)

Also read: Aly Raisman’s Boyfriend: Who Is The Former Gymnast Dating In 2021?