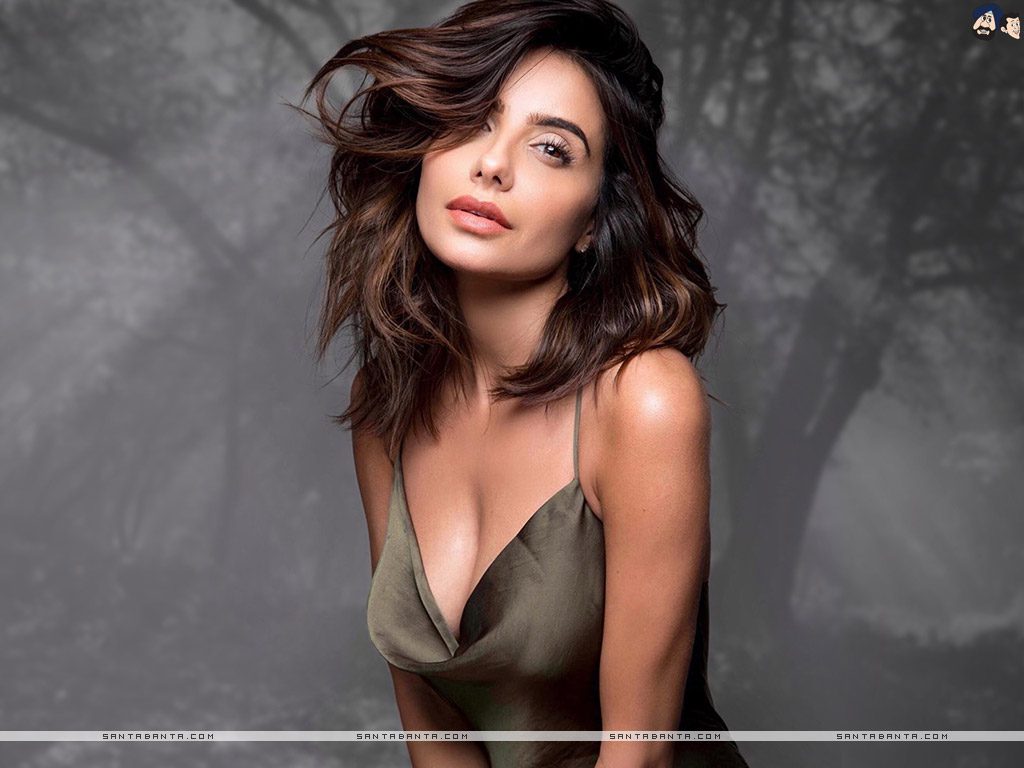 Making her debut in 2007 with the film “Frank”, Mikaela Hoover became the family’s favorite Heather. The actress has just started getting herself roles in some big movies. Playing Nova Prime’s assistant, Mikaela went unnoticed by the fans in Marvel. But now she bagged a notable role in the DC comic’s Suicide Squad along with Margot Robbie, Will Smith, Jared Leto, Idris Elba, John Cena. She plays the role of Camila. On the red carpet at the premiere of her movie, Mikaela Hoover debuted with the fellow actor she is dating!

Mikaela has always had a knack for performing as she has been dancing and performing at a young age in her school. She was a cheerleader in her school and went on to lead the dance team too! Beginning her career as a child artist, she had some regular appearances in local commercials. She had to take a break from work to focus on her studies and better her art. But as soon as she graduated high school, she went on to get admission in a theater program in L.A. working on making herself better. Graduating from Loyola Marymount University, she holds a Bachelor’s degree in theater studies.

Going Big From Working The Small

Even though starting at a young age, Mikaela is just getting a good start at her acting career. Impressed by her performance in the 2007 movie, she got the lead role in Big Fantastic and WB’s web series “Sorority Forever”. From there, she went on to work with James Gunn and Marvel Cinematic Universe, even just for a small role. She has made a name for herself as the guest star in many hit shows. She has appeared in shows like How I Met Your Mother, Two and a Half Men, Saint George, 2 Broke Girls, Lucifer, ABC’s Happy Endings, and FX’s Anger Management.

Along with her acting career, Mikaela makes sure she is speaking up for things that need to be noticed. She is a spokesperson for the Global Down Syndrome Foundation. 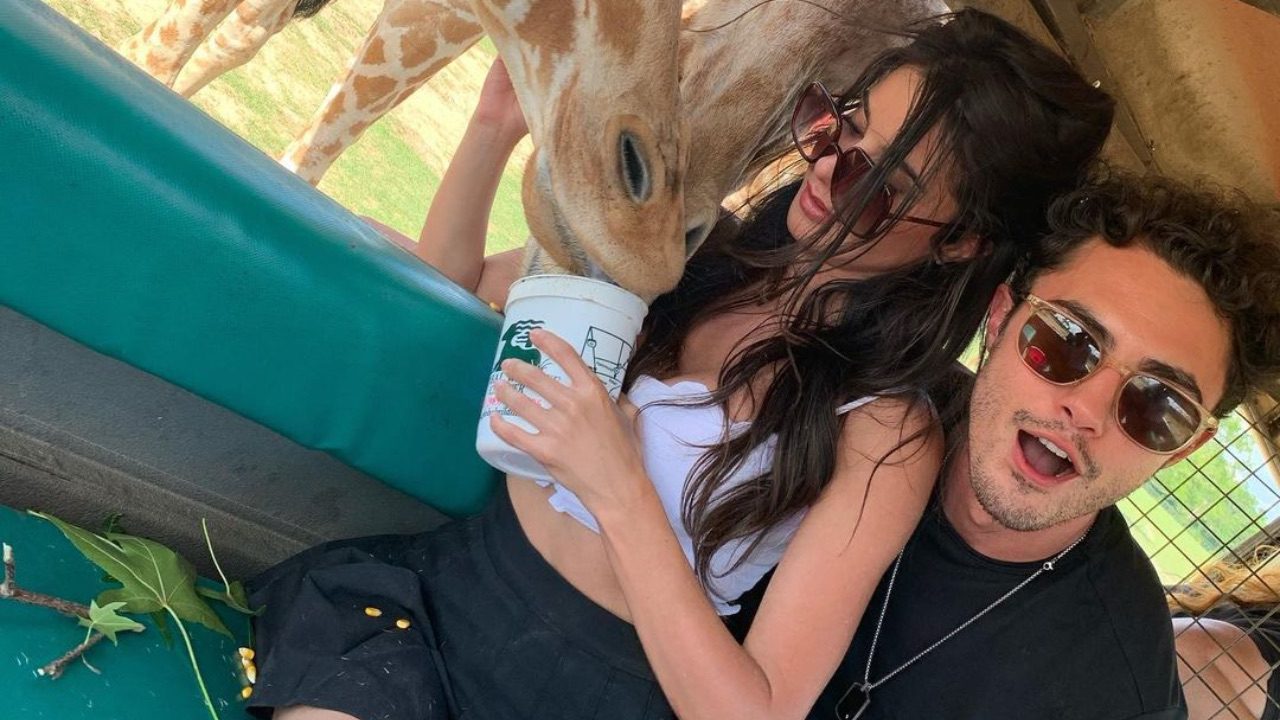 Mikaela Hoover along with her boyfriend, Darren Barnet.

Who Is Mikaela Hoover Dating?

Mikaela Hoover is dating the American actor Darren Barnet. They have been dating for almost a year now. Darren made the relationship public by posting a picture together with Mikaela on his Instagram account. Later on, The couple made their first public appearance at the Red Carpet on the premiere of Suicide Squad. Both being actors are working on an upcoming romantic comedy-drama, Love Hard. The real-life couple will be playing the reel life couple too. The upcoming movie will also star Jimmy O. Yang and Nina Dobrev.

The couple likes to keep their life under the wraps as we never got to know they were dating before they revealed themselves. Talking to Page Six, he revealed that once in the relationship, the couple went through a rough patch. The distance, schedules, and time zone difference have been the major cause of fights between the couple. But they are working on it one by one.

The Ups And Downs In The Life Of Darren Barnet

Darren Barnet recently got his big shot through Netflix in 2020. The majority of people know him from the series “Never Had I Ever”. But he has also starred in American Pie Presents: Girls’ Rules back in 2020. In the Netflix series, he plays the role of Paxton Hall-Yoshida, a half-American and half-Japanese student. And the love interest of the over-complicated lead of the show Devi. Being a TV star, Darren’s career as an actor was filled with guest roles too. His career took off until he was in the cast for “Never Have I Ever”. He revealed that he was on the verge of getting broke before the pandemic. And that is when he got the role of Paxton. 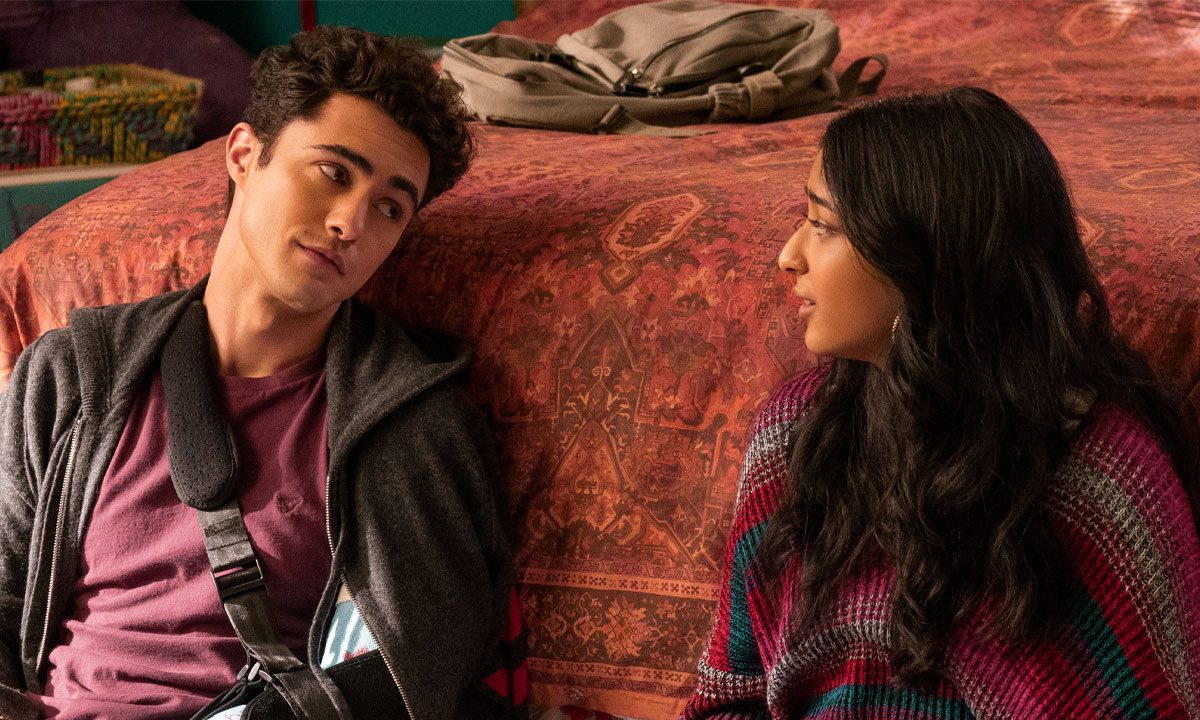 Darren Barnet in ” Never Have I Ever”

Coming from a middle-class family, Darren never really had the option to fail. He is raised by a single mother, and his family couldn’t really afford to send him to college. So he either had to get a full scholarship to college so he can get a degree or make it big as an artist so he can make some big bucks. He chose to do both. Graduating in 2013 from Berry College in Georgia with a Bachelor of Arts degree, he made his mother proud.

Also Read: Who is Kaitlynn Carter’s Boyfriend? Her Personal Life and Dating History