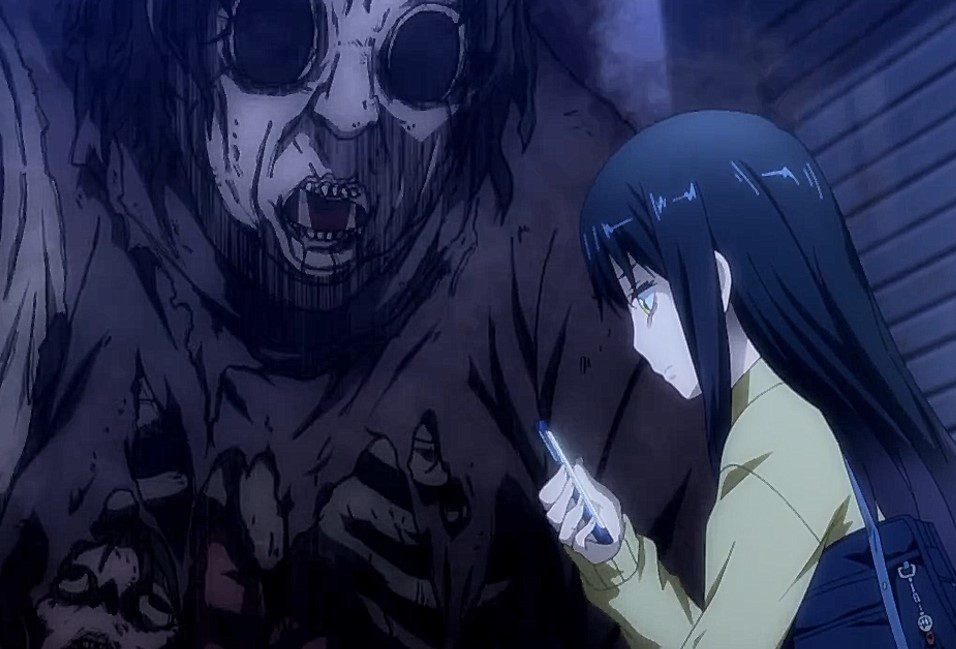 The girl tries to switch on the lamp, but the microwave oven automatically switches on, and she sees a note on the fridge. She wonders what is happening when the microwave switches off, and a monster emerges out from the fridge. The girls screams and the monster vanishes. She told others about it, and the geezer thought that it was terrifying. The geezer talks with Hitoe chan, asking her what she would do if she saw a scary thing. Hitoe chan replies that she will ignore and pretends like she saw nothing.

On the other side, two siblings watch horror, and the boy reminds his sister about draining her hair in the bathroom. The boy realizes that this show is called Candlelight Junji. The girl comments that she doesn’t watch those stuff and the fridge door opens, but they don’t notice. In the morning, Yotsuya wakes up after hearing an alarm. Miko heads to school, and Hana hugs her from the back. Hana wonders how Miko knows about that, and Miko reminds her about her massive chest. They open the path of a girl from another class.

Hana wonders who that girl is boosting like that, and Miko replies that she is from another class. They both attend the first period, and the pregnant teacher tells them why the protagonist turned into a tiger. She gave a chance for students to speak their minds, and Miko is feeling sleepy, wondering when the class will end. Miko looks at the golf course and sees the ball running, but there is no one. Miko realizes that someone invisible is playing golf. The teacher asked her to read page 57, and Miko stood up and began to read. 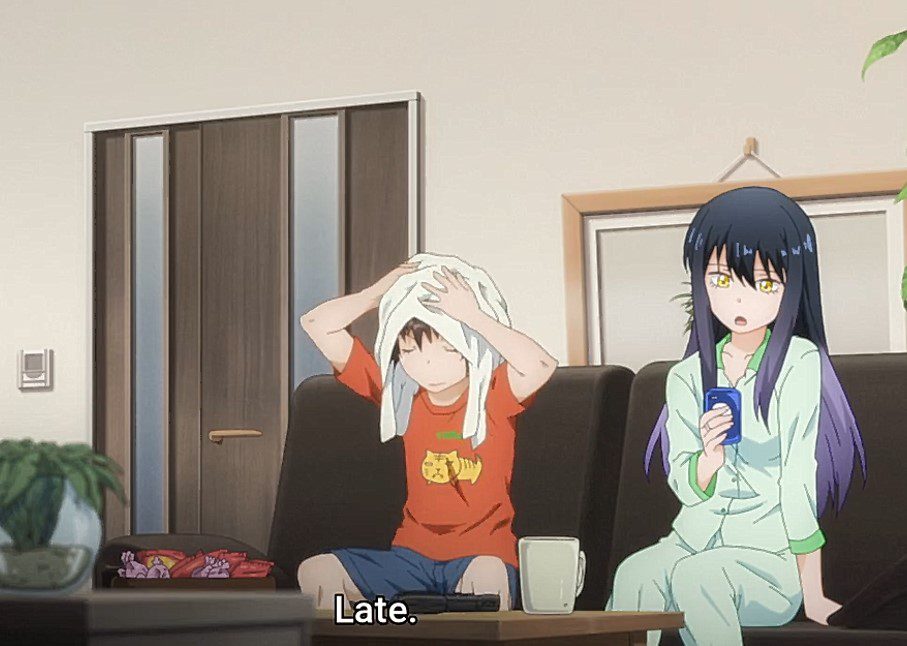 Later, during lunchtime, Miko and Hana had a meal together. Hana talks about mysterious things happening at her house and comments that her house is hungry. Miko goes to the restroom after school and realizes that someone is side the bathroom, but no one comes out, and she thinks that she imagined things. The two head home together and talked about going to the shops, and Hana adds that her chest is growing daily, and she had to get the one that will hold them tight. They both part ways, and Miko notice that something on her bag is missing.

Miko heads back to school to search for her stuff. She realizes that she is not alone, and the rain begins pouring. Miko heads home after finding her stuff, but she keeps on getting strange messages. She sees a picture of a beast on her phone and throws it away. A smoky black spirit appears, asking her if she can see it. Miko decided to ignore that and focus on waiting for the bus. The spirit decided to leave her since she ignored him; when the spirit was gone, Miko trembles and wonders what that was.

Mieruko-Chan Episode 2 will be released on 10 October 2021. Miko is surprised that she can see ghosts and other kinds of beasts. Later she arrives home and realizes that she will have a nightmare about it. That is how the story of students and ghost begins. Let’s look at Mieruko Chan Episode 2 official updates and other latest development below. 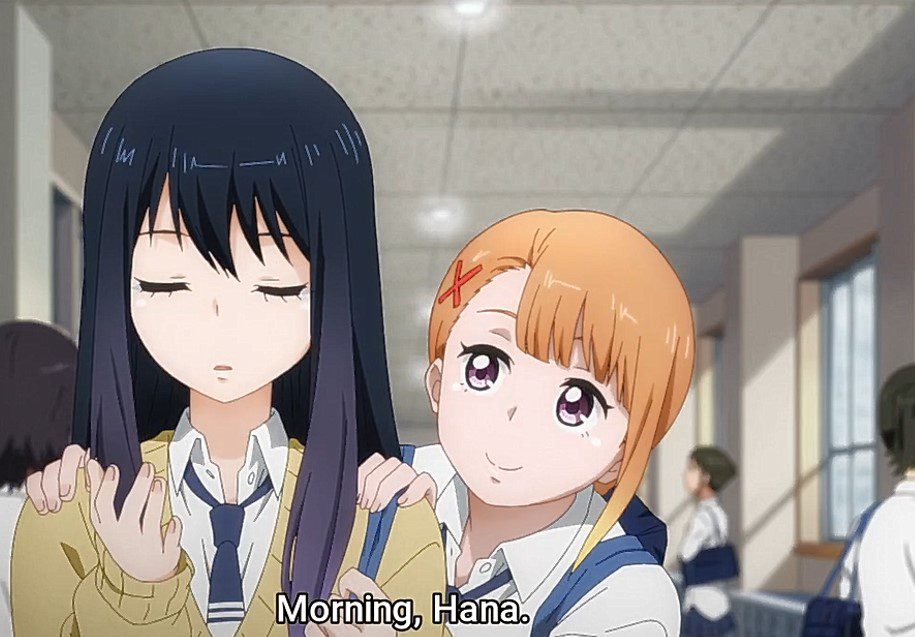 You can visit Wakanim (Russia) since it is the only platform offering dub episodes if you want to stream the dub. Those who can access Crunchyroll or Funimation can try Bilibili Tv & Aniplus. We will update more official details of Mieruko-Chan during the week. The next episode will be about Miko and Hana finding out about their abilities. Let’s meet when Mieruko-Chan Episode 2 releases.