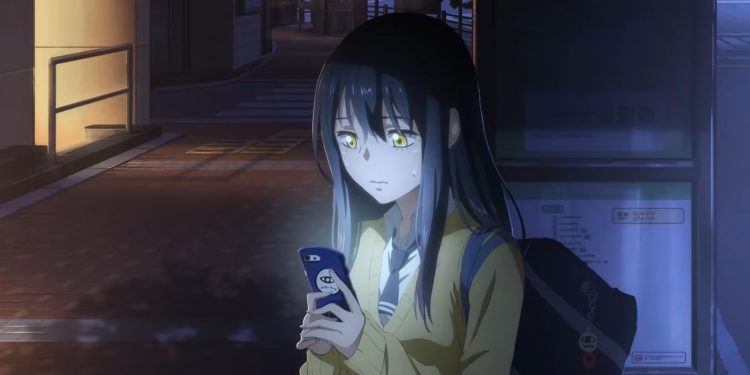 Episode 12 of Mieruko Chan ended with suspense as viewers kept looking for someone to explain its ending. Mieruko Chan is one of the most grossing anime in 2021. So, stay here till the end of the article to know more about the anime series Mieruko Chan.

Mieruko Chan is an adaptation of Japanese manga with the same name and the author of Mieruko Chan is Tomoki Izumi. Mieruko Chan anime series premiered from October to December. The story revolved around Miko Yotsuya, who is a high school girl. Miko Yotsuya is the main protagonist of the series. Previously, she did not know that she had the power to see ghosts around her. Having power like this makes it difficult to live a normal life, but Miko does her best to live a normal life.

Miko Chan has been shown to have the power to see ghosts in the anime. Her power is not useful and no one feels excited about it. She always feels like she is not a girl who can handle them, but she decides to fight by ignoring them. Miko Yotsuya is living with her mother, but she tends to miss her father.

Mieruko Chan ending gave us a lot to think about. Like Zen was struggling because of his mother’s ghost and did not know what to do until Miko came and helped him to destroy her ghost with the shrine spirits. After that, Zen told Miko that he was feeling better because his mother would not haunt him anymore. He was also feeling relaxed because of all the problems and guilt he had, which would no more trouble him. Because of those positivities, all the spirits around him pass away without any regrets.

Miko understands his loneliness, so she asks her to adopt the kitten he had rescued the other day. He said he would like to adopt if that kitten likes to stay with him. On the other hand, a man who was attacking cats was set out as the main target by the police force to stop all the unexpected death of cats. And there is also a turning point when Mitsue gets a picture of Miko and Hana from an unknown sender. Miko was followed by the Shrine spirits when she went to the temple to pray and thank them for helping her. But the temple spirits do not like to see her, and then they try to eat her. This was one of the horrible scenes of the Mieruko Chan, but Miko did not get hurt by Shrine Spirits as she finds herself in her room and she realizes that was a nightmare.

Mieruko Chan is the anime series of 2021, and Miko Yotsuya is the main protagonist who has the ability to see ghosts. Her normal high school life is disturbed by ghosts and spirits around her. She started to assume them like there was nothing, but she knew that she had to do something. Mieruko Chan had a total of 12 episodes, and each episode has something which will force you to watch all the 12 episodes.

Miko does not want to see a day when she has to face her unbelievable fate. She can see all the spirits who are living silently, walking freely, and following humans without any motives. Miko, after suffering because of them, decided not to look on them and will never accept that they do exist. She wants to protect her best friend, Hana Yurikawa. But after seeing that she is not the only one who is suffering, there are so many people who also want to be free from ghosts and spirits.

Where can you watch Mieruko Chan?

Mieruko Chan is one of the best anime in 2021. If you guys have not watched the anime yet, then this is a perfect time. So, here are some legit sites where you can watch the full season without any problem. But you have to do one thing, subscribe to them. And not only that anime, but you can also watch other animes too. The streaming websites include Crunchyroll, Funimation, Hulu, as well as Muse Asia YouTube Channel.