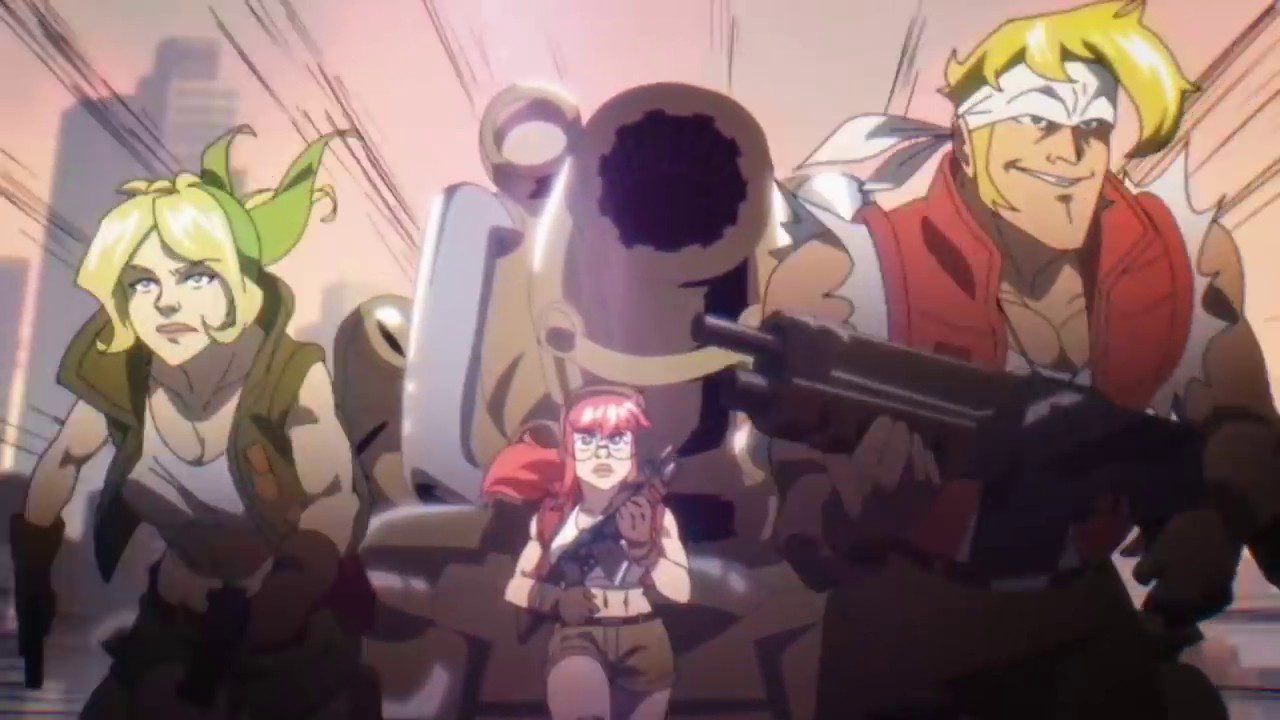 The video-game industry continues to thrive in a bigger direction and multiplies in success every year. There is always a new innovation happening. As global we are getting, so is the value of the gaming industry. This new innovation asks for more and something more relevant. At the same time, there is an audience who still reminisces the games of the past that have a league of their own. The one which withstands the newer gaming line. Bringing the same league back is SNK Corporation reviving the Metal Slug series in the form of Metal Slug Tactics.

The revival of games of the past has been a thing for a while. Games like Zombies Ate My Neighbors are in for such revival and pretty hyped up. The same goes for newer games like Friday Night Funkin’ that adapt the older gameplay and animations. Even Rockstar Games is looking forward to remastering the Grand Theft Auto Trilogy. So nostalgia works, and sometimes going back to roots is a great strategy for some gaming companies. How would it be for Dotemu’s Metal Slug Tactics? Let’s find out.

SNK Corporation is aiming to release the brand new Metal Slug Tactics in 2022 for Nintendo Switch and Steam. Lekir Studios is developing the game, with Dotemu publishing it.  The game will be set within the same world of SNK’s popular run-and-gun shooter IP, METAL SLUG. The new game would be the first one since 2009. It comes off as a huge surprise, and it is quite unexpected, but it’s happening. The Summer Game Festival held online recently announced the game’s arrival. 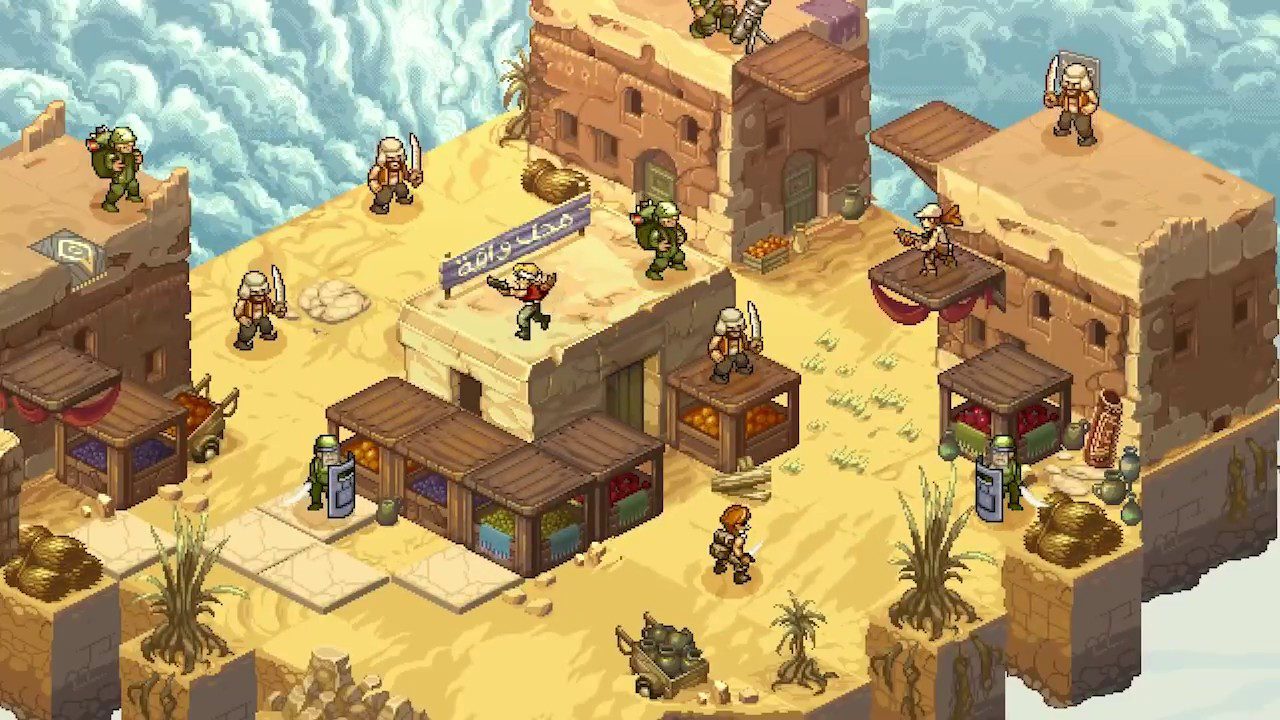 Going back to the roots seems like a great plan for Dotemu after the failure of a sequel. Today, many creators are addressing the feeling of nostalgia games. So Metal Slug going back in time with Metal Slug Tactics doesn’t seem like a bad move so far. In fact, still, a new start, especially since they are experimenting with new gameplay with old animations and a storyline.

Metal Slug Tactics – What Is The Game About?

According to the official statements from SNK Corporation, Metal Slug Tactics will see legacy heroes of the original games like Marco, Eri, Fio, and Tarma returning for battle. Right at the headquarters, that takes cues from some of the iconic and memorable games in the series. Also, this time, gorgeous pixel art and fluid animation aid the game which stays true to the original 90s animation of the video games. Signature weapons and armory, including the likes of heavy machine guns and devastating SVX-15D Slugnoid mech, also return to the game.

The official blurb also says that Marco, Eri, Fio, and Tarma will return to lead the Peregrine Falcon Squad. They will dive deep inside the dynamic and strategic combat. Apart from the signature and classic weapons of the Metal Slug series, we will also have, leveraging skill trees, perks, and a super attack-fueling adrenaline system. Somethings we can use to strategize, outmatch and demolish flanks of the series’ signature villains. 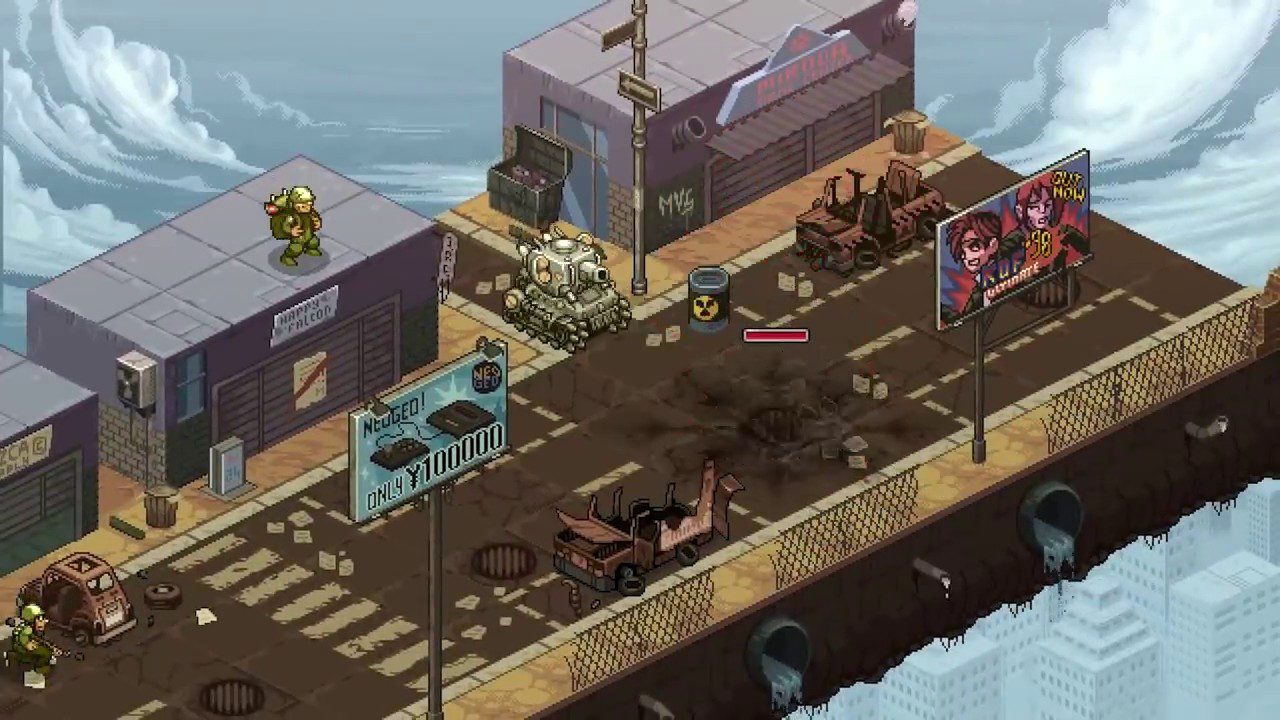 Also, note, while most of the time, Metal Slug was all about running and shooting your opponents, this time around in Metal Slug Tactics, it will also be around the kind of strategy you use to take down your opponent. So this may involve outwitting the opponents, then using the right weaponry at the right time, and placing your troops in the right positions as well. Apart from that, most of the things resonate with the past. So the creators are definitely addressing the nostalgia. But at the same time, keeping fresh gameplay for the modern gamers as well as the ones who grew up playing the original games.

The details mentioned on Steam promises dynamic gameplay as well with a new perspective. The game asks to build an adrenaline bar to unlock super attacks. But at the same time, it’s upon you to strategically use these attacks. With every war, you need to gain enough experience to make sure you are ready for the next one in turn. This will help you unlock new weaponry as well as added perks. They may aid in the next battle in the game.