‘Melancholia’ Season 1 Ending Explained: Did Yoon Soo And Seung Yoo End Up Together?

Principal Noh gets arrested for corruption and money laundering. After getting their revenge Seung Yoo and Yoon Soo ends up in a happy relationship. 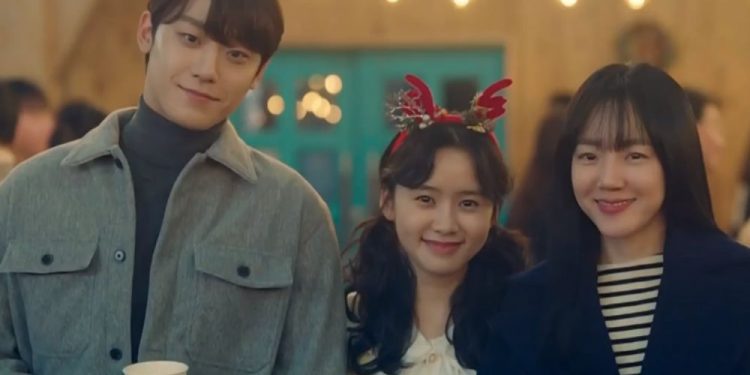 ‘Melancholia’ is a South Korean drama released on 10th November 2021. Here, we shall answer all your questions regarding the drama.  ‘Melancholia’ Season 1 story gave everyone high hopes to see more of Im Soo Jung and Lee Do Hyun, possibly in a Season 2. The drama’s ending is flawless, with justice being served for Yoon Soo. Also, Seung Yoo finally solves the problem of his life and wins over Yoon Soo once and for all. Read the full article, to find out how ‘Melancholia’ Season 1 ends.

After Seung Yoo reveals his past at the inauguration of the mathematics museum, everyone finds out the truth. It is revealed that the scandal involving him and Yoon Soo was a setup. Yoon Soo wants to keep him out of the mess but with this revelation, but he jumps into the fire himself. Seung Yoo’s father asks him if he is just trying to prove Yoon Soo’s innocence? And if that is the case, he should never get involved with her in the future. His life is turning upside down as Principal Noh kicks him out of the school. However, he is confident that his plan is working. In this article, we will get into the depth of what the ‘melancholia’ story plot is and how did the drama end.

The ‘Melancholia’ is a drama about forbidden but pure love. Yoon Soo is known as Ms. Ji to her students who started to work as a maths teacher at Aseong high school. While working there, she meets different students who are troubled with their personal lives. In her class, there is a boy named Baek Seung Yoo whose grades are the lowest in all subjects. However, Yoon Soo recognizes his potential and motivates him to take an interest in maths. They would stay back at the school trying to solve complex problems on the board.

Finally, when Seung Yoo reveals his true potential, everyone finds out that he is a math genius named Paik Seung Yoo. He got admission to MIT when he was just 11 years old. When others find out about this, it does not sit well with them, and they start to spread rumors about him and Yoon Soo. When Yoon Soo and Seung Yoo go on a trip to Jeju island, they seem very close. At this moment, So Ri takes their picture. This picture becomes the downfall of Yoon Soo as Principal Noh projects this image on her wedding day, and everyone thinks that she is having an affair with her student.

Principal Noh, as well as the people, are trying to help So Ri ruin Yoon Soo’s life. She loses her reputation, credibility, and life partner. Seung Yoo’s parents file a case against Yoon Soo, but she is not charged with the complaint. Later, she disappears and starts a new life. For four years, Seung Yoo has tried to search for her, but she is nowhere to be found. It is revealed that Yoon Soo is working at a math clinic where her identity is confidential. Along with this, she is planning to take her revenge by gathering evidence against Principal Noh and the school.

After four years, Seung Yoo comes back to Aseong high as a math teacher. His only motive is to prove Yoon Soo’s innocence and reveal Principal Noh’s wrongdoings. He has always been in love with Yoon Soo, but she does not feel the same way about him. Now that they have come together again, we could say that they strike a chord of emotion for each other. Unlike Yoon Soo’s plan, Seung Yoo has a plan of his own and discloses the truth about the scandal at the museum opening. This makes everyone very angry, but they cannot react to it. Principal Noh decides to kick him out of the school, but he will not give up on his goal no matter what.

How Did ‘Melancholia’ Season 1 Kdrama End?

At the Aseong board meeting, Noh Yeon Woo reveals that Noh Jung Ah has been abusing her position as a principal, and she should be dismissed for it. The chairman of the Aseong Group orders an audit to be conducted on Noh Jung Ah, and her dismissal will rely on the result. Later, Seung Yoo also arrives to sue Aseong high, but when a reporter asks him if he and Yoon Soo love each other, he is taken a step back. Everyone hears a recording of Seung Yoo confessing his love for Yoon Soo.

After this, he goes after So Ri’s father, who is an assemblyman, but this move backfires. He is called to the police station as a defamation charge is filed against him. There will be an investigation conducted on Noh Jung Ah, Seung Yoo, and assemblyman Sung. Everything is in chaos as Yoon Soo disappears again, and Seung Yoo is not able to find her. He finds out that Yoon Soo’s plan works, and Principal Noh may be dismissed from her position. When the interrogation starts, everyone is surprised as a witness arrives. Yoon Soo arrives as a witness against Jung Ah, and Mr. Han arrives for Seung Yoo.

Yoon Soo has a folder of the 2017 academic year of Aseong high, and this folder contains the proof against Principal Noh. She raises the problem with the test conducted at Aesong high when she was a teacher there. The suspects are Ye Rin’s father and Principal Noh for giving Ye Rin the math answer sheet. In the other room, Mr. Han reveals the truth about the past. He tells the prosecutor that Principal Noh is the one who planned everything. Under the pressure of the investigation, Ye Rin starts acting weird and tears all the academic certificates she has.

The police acquired a search warrant and conducted a search at Ye Rin’s house. They also arrest her mothers under the suspicion of being involved in leaking the paper. The new students at the school are involved in some skeptical activities as well. When Choi Si An tries to uncover this, she gets attacked by one of the students. Whereas, at the Aseong board meeting Noh Jung Ah is elected as the director of the Aesong group. As everyone is congratulating her, she gets a call from Ji Na, who confesses about attacking Si An.

The next day, Ji Na runs away from home and is caught by Yoon Soo and Seung Yoo. They assure her that nothing will happen to her and that she can trust them. After this, she tells them the true story and the fact that Ji Na and Si An got into a fight and the sculpture accidentally fell on her. She gives the same statement to the police. This clears Noh Jung Ah’s path to becoming the next Director of Aseong Group. When she is elected unanimously, she is faced with a news article mentioning her involvement in corruption.

All the evidence, including the textbook the school has prepared for the Global Talent class students, comes to light. As the matter heats up, Ye Rin confesses the answer leak in the year 2017. Finally, Principal Noh is arrested on the criminal charges of corruption and money laundering. Everyone else goes back to their normal lives where they can be happy about their decisions. After spending a great day with his family, Yoon Soo’s father dies in peace. After years of being apart again, Seung Yoo and Yoon Soo finally end up together as lovers.

The ending of ‘Melancholia’ concludes the story with a clean perspective. Yoon Soo gets her revenge on Aesong high and Principal Noh. At ‘Melancholia’ season 1 end, Noh Jung Ah loses everything she has worked so hard for. Moreover, after fighting together for justice, Yoon Soo and Seung Yoo finally get a happy ending, and they live together from thereon.

The Beginning After The End Chapter 128: Will The DC Committee Expose The Culprit?