Ji Yoon So's reputation as a teacher is tarnished after the allegations. After 4 years Seung Yoo plans to get justice for Yoon Soo by joining Ahsung high as a teacher. 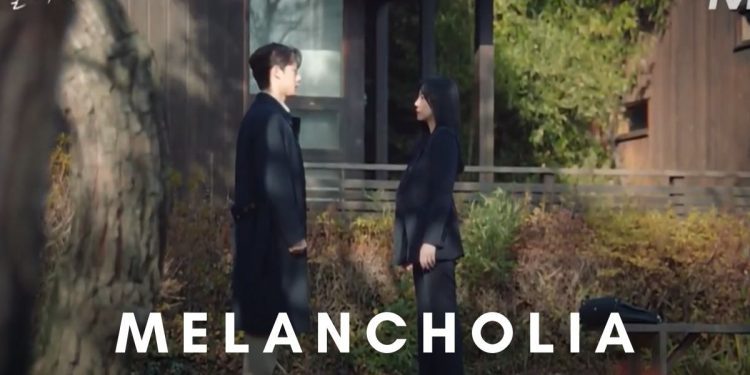 Principle Noh has made Ahsung high school ground for corruption. Students get admission on the basis of donations and the influence of their parents. In 4 years, a lot of things have changed. While Ms. Noh was busy making Ahsung high a personal bank, Seung Yoo made a name for himself by winning the Lucifer Prize. Also, the math genius has many accomplishments added to his name. Still, the only thing he is looking for is Ms. Ji. In the ‘Melancholia’ Episode 10 article, a lot about the lives of Ahsung former students will be revealed.

The only question that everyone is asking after the time gap is, where is Ji Yoon So? After she is accused of being a predator, she shifts her whole life. No one has been able to find her for four years, but Seung Yoo is never going to give up. The core plot of the story has finally been executed, and many people might have mixed feelings about the unfair ordeal that Yoon Soo faced. In the previous episode, Seung Yoo made a deal with Principle Noh which will help him clear Yoon Soo’s name. Let’s find out what happened in the previous episode.

‘Melancholia’ drama has finally reached its main plot, and Ji Yoon Soo is suffering horribly for something she hasn’t done. Till now, we saw that Ms. Ji calls Ye Rin to talk about her mid-term math exam in which she cheated. As the events escalate, Ye Rin suffers from hyperventilation and is immediately taken to the nurse. When her mothers find out about this, she is enraged, and in her anger, she slaps Ms. Ji in front of everyone. At this moment, Baek Seung Yoo arrives to stop Hye Mi, but his action is interpreted as his feelings for Ms. Ji.

After this, Yoon Soo decides not to meet Seung Yoo, but he chases her on the street. They have no idea that they are being followed by a private detective who is clicking their pictures. The next day when Yoon Soo is walking down the aisle with Sung Jae, a picture of her with Seung Yoo is displayed on the projector confirming for people that she has an inappropriate relationship with a student. After this episode, questions were raised that will Yoon Soo get fired? Also, how will Seung Yoo prove her innocence? We will find out all the answers in the ‘Melancholia’ Episode 10 article.

Also read: Onew’s Comeback: The SHINee Star Is Taking Over Music & Acting Together!

After the picture of Yoon Soo and Seung Yoo is publicly displayed at her wedding, she is immediately dismissed from Ahsung high school. Also, she is being investigated by the police for getting involved with a student. After this incident, four years have passed, and Baek Seung is leading a normal life. In the last four years, the math genius achieved a lot. He passed the GED exam at the age of 18 and entered Hangkook University with the highest scores. Moreover, he won Henri Poincare Prize, EMS Prize, and Ramanujan Prize in 2020. Furthermore, Seung Yoo won the Lucifer Prize, which is as prestigious as Nobel Prize in mathematics.

The one thing that has changed in this time is that Baek Seung Yoo is now known as Mr. Paik Seung Yoo. Now that he is a celebrity in the academic world, principal Noh wants to make his achievement her own. As the students of Ahsung high lead, a delusional life principal Noh makes deals to accept with their parents to admit them in the school.

After four years, everyone is busy with their lives. As Seung Yoo is excelling at his career, Ye Rin is the ambassador of Hankook University, but it is still hard for Seung Yoo to forget what she did. After Yoon Soo’s wedding was ruined, Seung Yoo’s parents pressed charges against her. After this, she was immediately arrested by the police, and her whole life changed. She moves to a new city without leaving a trace of her, and Seung Yoo was never able to find her after that.

One day at a Lucifer Prize lecture, Seung Yoo meets a girl called calculus. While scrolling through her Ig, he finds something familiar. It’s the book ‘A mathematician’s apology’ that Ms. Ji gave him when he was in school. Following all the clues he could, he ends up at a library, but the books with the calculus stamp were donated anonymously.

Seung Yoo visited Yoon Soo’s father a few times a month. This time it was to show him his paper that got him the Lucifer Prize. However, a surprise awaited him. After four long years, he finally meets with Yoon Soo again. Yoon Soo is no more a teacher but is leading a decent life. Also, she is not happy to see Seung Yoo visit her father and asks him not to come back. Still, he refuses to accept her words as he has made a promise to Professor Ji to visit him again. Their meeting was both nostalgic and painful.

As Seung Yoo is now a big name in the mathematics field, obviously, Principle Noh contacted him. As she is waiting for him at the restaurant, Seung Yoo takes his time to arrive. After they take a seat, Seung Yoo acts very dismissive of Principle Noh’s words. However, Jung Ah is focused on her motive and makes an offer to Seung Yoo. When she is done talking, Seung Yoo instantly rejects her offer, but he has another deal in his mind.

The deal between Principle Noh and Seung Yoo is that he will work at Ahsung high as a teacher. The next day at the school orientation Seung Yoo is introduced to the students and the parents. Everyone in the room is astonished and stunned that Seung Yoo is going to teach them. From here on will start the journey of exposing Ahsung high’s dirty business. The upcoming episodes are going to be even more interesting, so make sure to not miss ‘Melancholia’ Episode 10.

The ‘Melancholia’ Episode 10 release date is 9th December 2021. In the upcoming episode, we will get to see Seung Yoo and Yoon Soo get back together to fight Ahsung’s bad deeds and get justice for Yoon Soo. The new episodes of the Korean drama are released every Wednesday and Thursday. Make sure you catch the following story to know how Seung Yoo will defeat Principle Noh.

Where To Watch ‘Melancholia’ Episode 10

‘Melanchola’ is a television drama that is broadcast every Wednesday and Thursday on tvn Network. So people living in South Korea can watch the new episodes on their television. As for international fans, they can watch the ‘Melancholia’ drama on both WeTv and Rakuten Viki. Both are subscription-based websites and will provide you with all the upcoming as well as past ‘Melancholia’ episodes.