What happened between Meg Ryan and Russell Crowe? 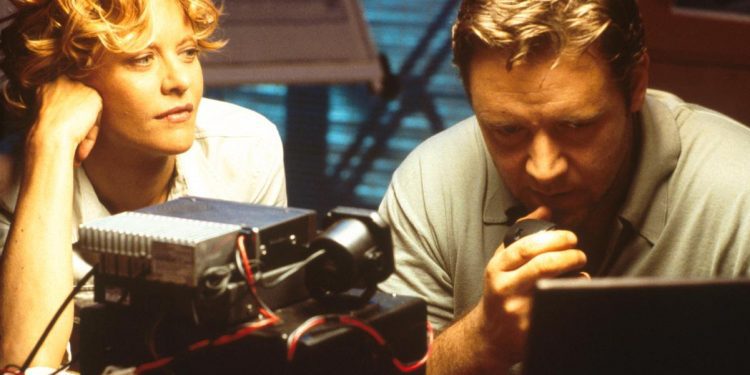 What was the entire rumor about the Meg Ryan Affair? Celebrity relationships can be messy! What makes them all the more complicated is the constant media surveillance. Iconic Hollywood star Meg Ryan had her fair share of relationship pangs, and it surely gained huge media attention! We are talking about the infamous love affair between Meg Ryan and actor Russell Crowe! The affair not only became the talk of the town but was followed by messy aftermath and even infidelity allegations! The affair was met by some severe allegations, including the one which claimed that it was one of the causes of Meg’s split with Dennis Quaid.

While the marriage lasted for 13 long years, Meg Ryan went on record and cleared the air by stating that Russell Crowe was responsible for it. She further turned around a few dark chapters of her marriage. The popular actress later dated musician John Mellencamp. The couple dated for a while before calling off their engagement and ending their relationship back in 2019. Recently, there were rumors that the two were rekindling their relationship. Let us take a look at these lesser-known facts about the entire Meg Ryan affair fiasco!

Meg Ryan Affair: Here’s All About It

When Harry Met Sally and Sleepless in Seattle star gained huge fame, thanks to her thriving acting career. However, her personal life took a serious hit after it was rumored that Meg Ryan was unfaithful to her then-husband Dennis Quaid with actor Russell Crowe. Meg Ryan net Russell on the set of thriller flick Proof Of Life back in 2000.

The pair soon hit it off and had great chemistry together. So much so that a few reliable insiders claimed that Meg was extremely infatuated with her co-star. The whole rumor came in when Meg officially announced separation from then-husband Dennis Quaid.

Meg Ryan Opened Up About The Alleged Affair!

The entire Meg Ryan- Russell Crowe affair gained so much media limelight that it reportedly created an awkward moment between the cast and crew. The actress was absent from the promotional press tour to avoid any questions related to the alleged relationship. While the real-life romance faded away, let us turn back time and watch the trailer of the movie where Meg Ryan worked alongside Russell Crowe. Have a look at it.

When asked about the alleged relationship, the actress stated that public censure or disapproval has no power if one knows oneself. While the affair was almost on newspapers and tabloids, it was short-lived, and the pair called it quits by Christmas of the same year. While the relationship did not go on for long, Meg is a beautiful and courageous woman. Crowe further stated that while he grieves the loss of her companionship, but he has not lost her friendship.

Was Dennis Quaid Unfaithful To His Ex-Wife?

While many assumed that Meg Ryan’s alleged relationship with co-star Russell Crowe led to her eventual split, the actress later made shocking revelations about her marriage with Dennis Quaid. While defending Crowe’s name and dating that he was not the home wrestler in any way, Meg revealed that her ex-husband Dennis was not faithful to her for a long time and described the whole process as painful.

Not only that, but Meg Ryan went on to claim that Dennis could not handle being the less famous one in their relationship. The Sleepless in Seattle star admitted that she found out more about that once they were divorced. Dennis Quaid soon denied these allegations while saying that it is unbelievable that Meg continues publicly to rehash and rewrite the story of their relationship. Despite their messy split and dramatic aftermath, Dennis Quaid has gone on record and admitted that they were married for 13 long years and Kate a kid together, and that those were some happy days as she made his life. The two moved on for good as the actor was later married to Laura Savoie. Meg Ryan took a hiatus from the industry for a while.

Also Read: Chris Tarrant’s Affair: The Facts That Might Shock You!