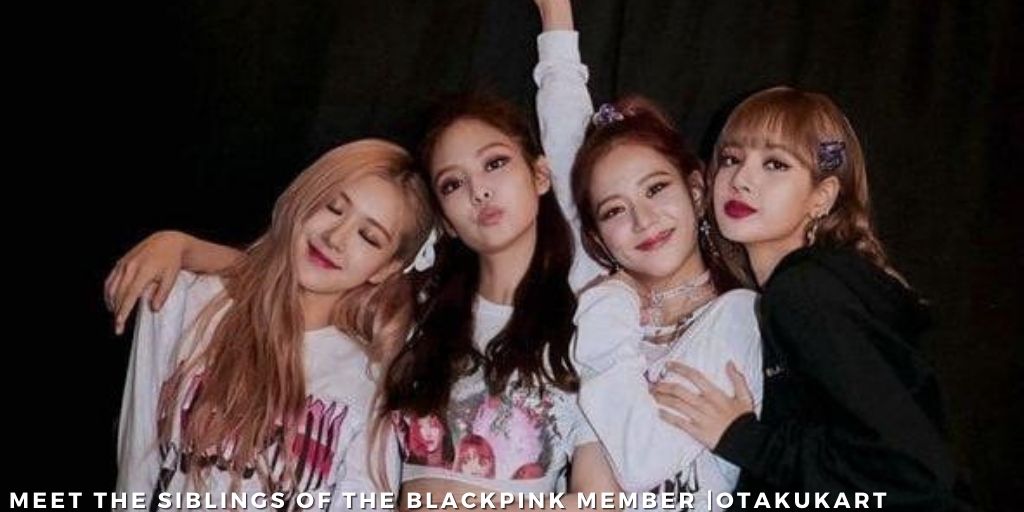 Do you want to know who are the siblings of the talented members of BLACKPINK? Don’t worry we have got your back! There is no doubt that BLACKPINK is one of the greatest groups not only in the K-pop industry but also in the whole world. Comprising of four members Jisoo, Jennie, Rosé, and Lisa, BLACKPINK had shaken the world with their debut songs Boombayah and Whistle in the year 2016. Their debut songs themselves had entered Gaon Digital Chart and Billboard World Digital Singles Chart Ever since then BLACKPINK has been breaking various records. These girls are currently the most followed music acts on the social media platform Youtube.

Not only that, they have claimed the throne of the most viewed K-pop music video yet with most of their songs gitting one billion views on Youtube. They are also the first-ever K-pop girl group to perform in the U.S music festival Coachella. The girls not only have caught attention for their catchy songs that will be stuck to your head but also for their amazing and down-to-earth personalities. The girls have stolen countless hearts with their adorable friendship. Knowing how caring and loving the BLACKPINK members are, many want to know who are the siblings of BLACKPINK! Keep reading to find out!

Starting off with the eldest member of BLACKPINK Jisoo, the Snowdrop actress has two siblings. Believe it or not, she is the youngest among her siblings too. That explains why she excludes peak maknae behavior. Jisoo’s eldest sibling is her elder sister Kim Ji Yoon. Kim Ji Yoon who had recently signed a contract with a modeling company is currently thirty-one years old is happily married and has two sons. Just like her younger sister, Kim Ji Yoon was also popular for her visuals. Her husband had revealed that during their high school years Kim Ji Yoon was known as ‘Gunpo’s Han Hyo Joo’. After seeing Jisoo’s sister’s photos on Instagram, fans couldn’t help but say that her visuals are like Red Velvet’s Irene’s and Jisoo’s combined!

Next is the middle child of Jisoo’s family, her elder brother, Kim Jung Hun who is six years older than the BLACKPINK member. Jisoo had talked about her friendship with her older brother in a Vlive reminiscing the time she used to play Beyblade with her older brother. When he got married in 2019, all of the BLACKPINK members as well as their families had attended the tremendous occasion. Jisoo’s brother even has a little daughter! Ending remark, looking at Jisoo and her siblings, you know that visuals run in the family’s blood!

BLACKPINK’s main vocalist Rosé has an elder sister named Alice Park who is four years older than the BLACKPINK fame. We wouldn’t be surprised if you mistake her for Jisoo’s sister because the similarities are uncanny. Alice had moved to Melbourne, Australia when she was twelve years old but like her younger sister, she, later on, moved back to South Korea. Moving on, Rosé and Alice have shown off their precious bond countless times. During Alice’s birthday in 2020, as the sisters could not celebrate her birthday together, Rosé penned an incredibly sweet message for her one and only Ally. These two are so cute!

Jennie and Lisa are the only children in their household. Before joining YG Entertainment BLACKPINK’s main rapper Jennie spent her childhood living in South Korea and New Zealand as well. As for Lisa, she was born and raised in Thailand as an only child before shifting to Korea at the mere age of thirteen to train and become a K-pop idol. But it would not be an exaggeration to say that the BLACKPINK members are no less than siblings to each other. They bicker and love each other like real siblings do. BLACKPINK has revealed that during monthly evaluations, unlike other people they used to get along very well and did not fight for dance moves or lines like the other trainees used to. BLACKPINK’s bond is unbreakable!