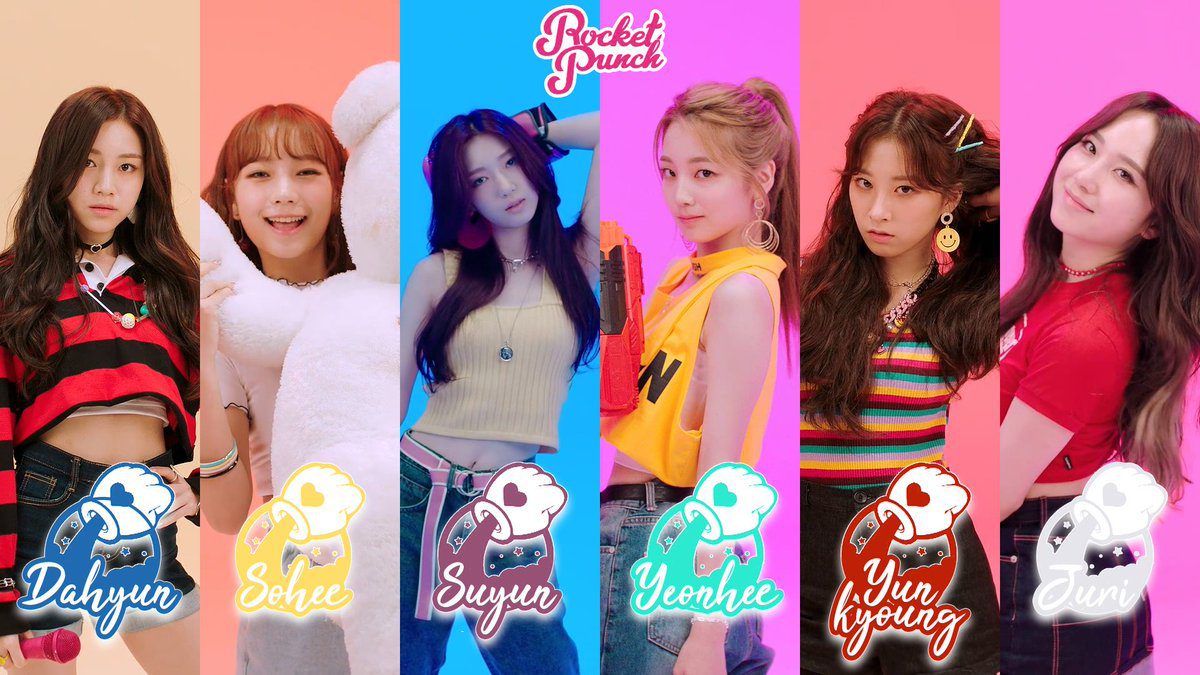 A look at the members of Rocket Punch

With tracks like ‘Ring Ring,’ ‘Bouncy,’ and ‘Chiquita,’ the girls of Rocket Punch have made their move to win over the hearts of k-pop stans. Making their debut as Woollim Entertainment’s rookie girl group in 2019, Rocket Punch has also made their entry into the Billboard World Charts. Consisting of six members, i.e., Suyun, Yunkyoung, SoheeJuri, Yeonhee, and Dahyun, the girls have over 6 million listeners all over the world. Receiving all the love, the members of Rocket Punch call their fans’ Ketchy’ with love.

For the new Ketchy members, getting to know the idols, aka the members of Rocket Punch, is the first thing to do. Here’s a look at the journeys the girls have been through before making their debut in the world of k-pop.

Get To Know The Members of Rocket Punch!!!

The first member to be revealed as a part of the girl group Rocket Punch, Jeong Da Hyun, is popular with her stage name Dahyun. She hails from Seongnam, South Korea. Being an 05-liner, Dahyun’s birthday is on April 29. As a member of Rocket Punch, Dahyun serves as the vocalist and dancer of the group. She’s also the maknae of the group name and is also the in-charge of charisma in the group. She stands at the height of 5 ft 3 inches. While she’s well versed in Korean and Chinese, she can also speak basic English. Before starting the journey as an idol trainee, Dahyun was a part of BORN Star Training Center. 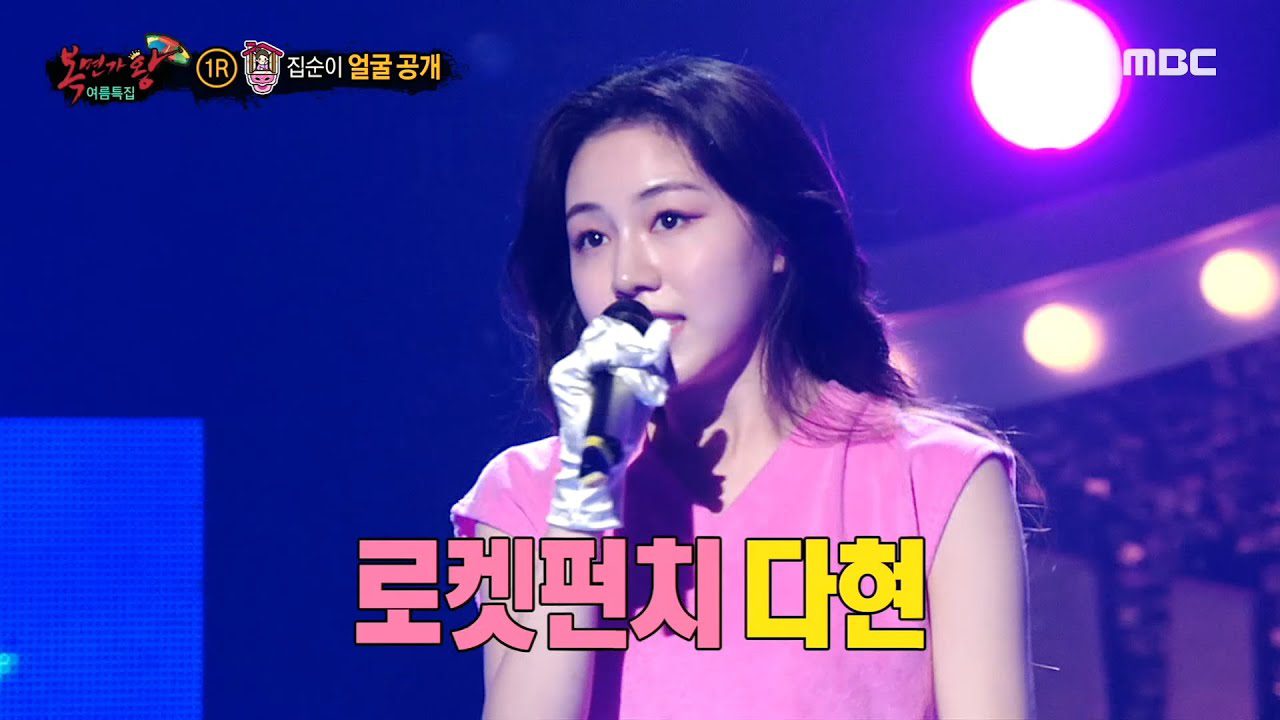 A Look at the members of ‘Rocket Punch’: Dahyun wants to learn three languages before she turns 20.

It’s no lie that along with Dahyun’s voice, her striking visuals have also helped her earn the spot she deserves. Dreaming of becoming an idol, she went on to join Woollim Entertainment in 2017. Before joining Woollim, she also passed auditions for FNC Entertainment but rejected the offer as she was also selected at SM Entertainment. After training at SM for a few years, she decided to leave and start over at her current agency. During her audition, she went on to sing 2NE1’s track ‘Lonely’. Training for two years, Dahyun went on to make her debut. On August 8, 2021, Dahyun also appeared on an episode of The King of Mask Singer and graced the stage with her beautiful voice.

The second member to be announced as a part of the group, Kim Su Yun, is popular with her stage name Suyun. Being an 01-liner, Suyun’s birthday is on March 17. As a member of Rocket Punch, Suyun serves as the vocalist and dancer of the group. Before becoming an idol, she practiced ballet for three years. Along with being an amazing dancer, she can also play drums. Standing at the height of 5 ft 6-7 inches, Suyun is also the tallest member of Rocket Punch. She’s also good friends with Eunbi and Chaewon of IZ*ONE. She’s also a student at Seoul Performing Arts School, Theater and Film Department. 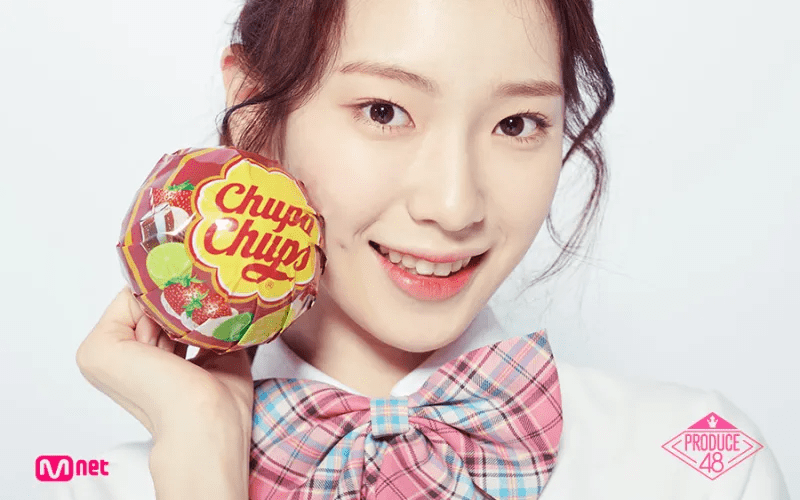 A look at the members of Red Punch: Suyun is the funniest member of the group.

Along with stretching, Suyun loves to make art as well. She is a huge fan of SNSD’s Taeyeon. Dreaming of becoming a k-pop idol, Suyun never gave up, no matter how hard things were. The idol auditioned for Woollim Entertainment three times. Finally becoming an idol trainee, she went on to train for seven months. She also participated in the survival show Produce 48. Eliminated in Episode 8, Suyun’s overall rank was 47. Coming back to the company, she went on to train for another year before making her debut with the girl group.

The third member to be revealed as a part of the girl group, Kim So Hee, is popular among her fans with her stage name Sohee. Being an 03-liner, Sohee’s birthday is on August 14. As a member of Rocket Punch, Sohee serves as the vocalist, rapper, and dancer of the group. Born in Osaka, Japan, the idol was raised in Gimpo, South Korea. The idol recently graduated from Hanlim Arts High School as a class of 22. She’s a huge fan of TWICE and IZ*ONE and loves to play video games, especially League Of Legends. She stands at the height of 5ft 3 inches. 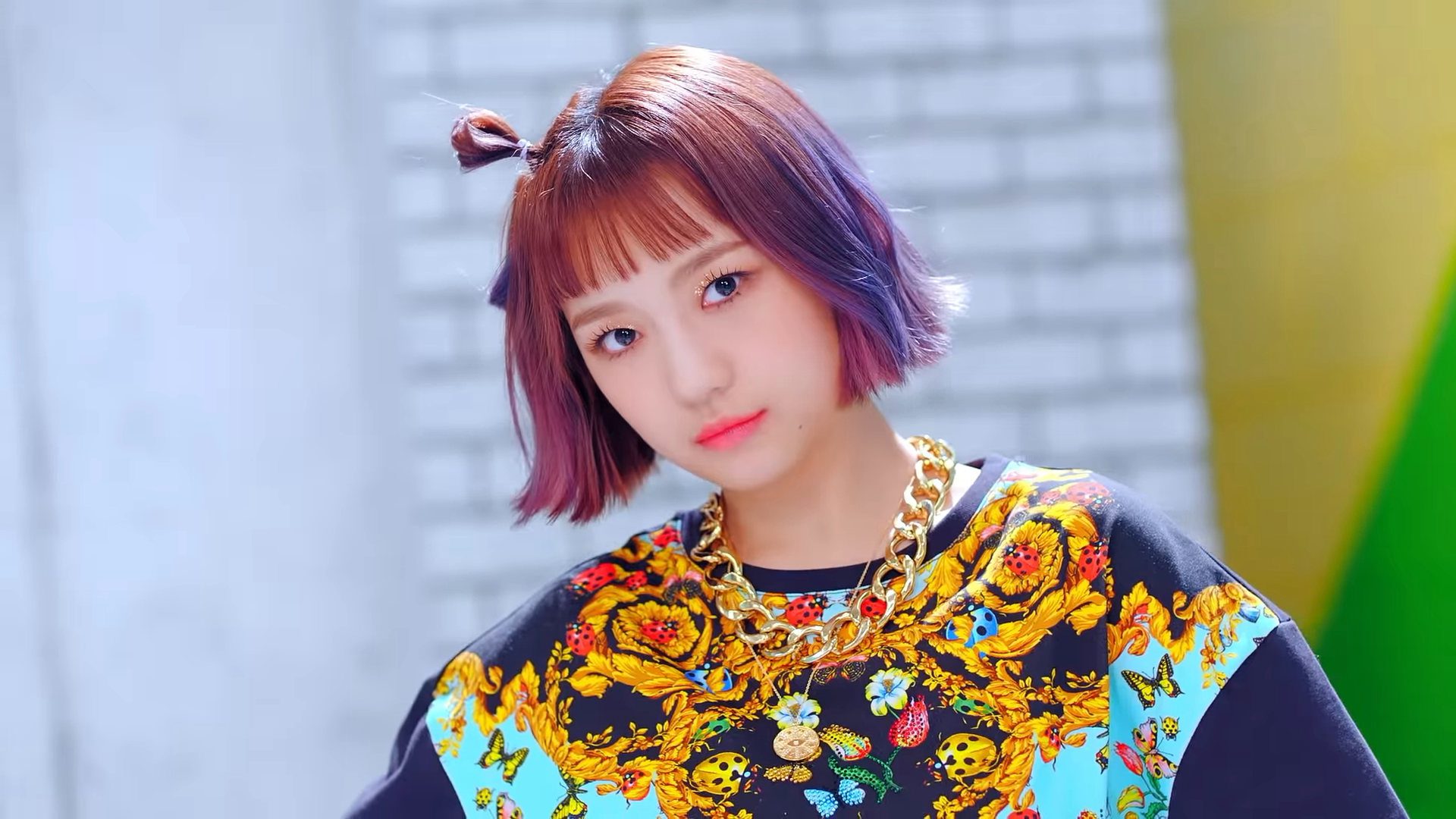 A Look at the members of ‘Rocket Punch’: Sohee

Sohee went on to start her idol career as a trainee in 2017. After training for eight months, she went on to participate in the survival show Produce 48. Eliminated in episode 8 of the show, her overall rank was 43. Coming back to her agency, she went on to train for one more year before her official debut. During her Produce 48 days, Sohee made it to the headlines for practicing with a sword. Many fans and netizens praised the idol for channeling her inner strength. In Woollim, Sohee is known as the third generation of cuteness.

The fourth member of Rocket Punch to be revealed, Kim Yeon Hee, is popular with her stage name Yeonhee. Being an 00-liner, Yeonhee’s birthday is on December 6. As a member of Rocket Punch, Yeonhee serves as the leader, vocalist, rapper, and dancer of the group. She stands at the height of 5ft 3 inches. Before becoming an idol, she used to be a short tracker speed skater. Showing interest in performing arts, she went on to take vocal and dance classes at GO Arts Academy. 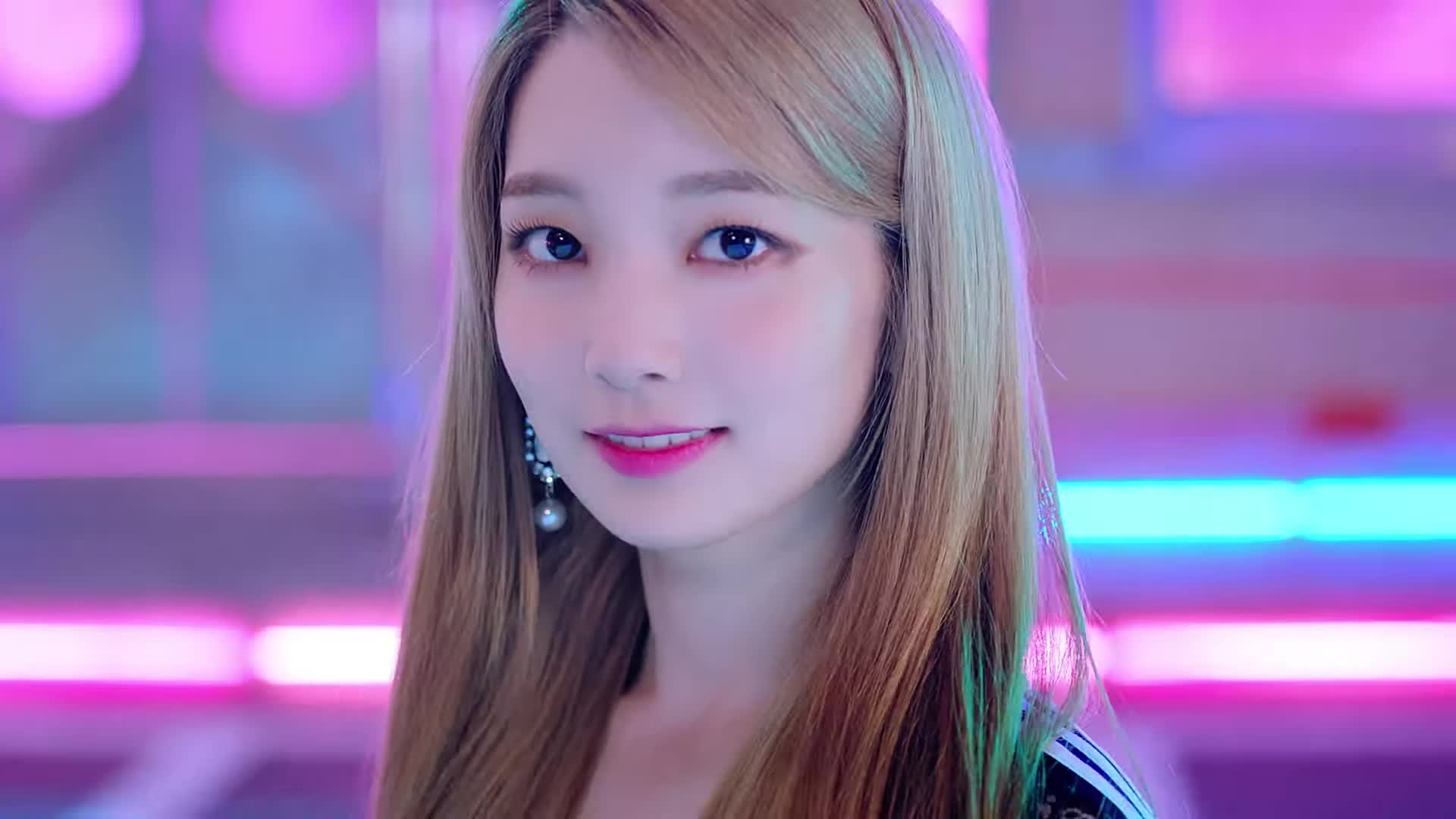 A look at the members of Rocket Punch: Yeonhee

She trained for the longest time. She’s also the most flexible member of the whole group. After auditioning at Woollim Entertainment by performing “Atlantis Princess” by BoA, the idol went on to join the company in 2016. After training for 2 years and 7 months, she finally went on to make her debut with the girl group.

The fifth member to be revealed as the part of Rocket Punch, Seo Yun Kyoung, is popular with her stage name Yunkyoung. Being a 01-liner, Yunkyoung’s birthday is on November 1. As a member of Rocket Punch, Yunkyoung serves as the vocalist, rapper, and dancer. The idol has been dancing since the age of six. Joining Woollim Entertainment in 2017, the idol went on to train for two years before her debut. Standing at the height of 5 ft 2 inches, Sohee is the smallest member of Rocket Punch. 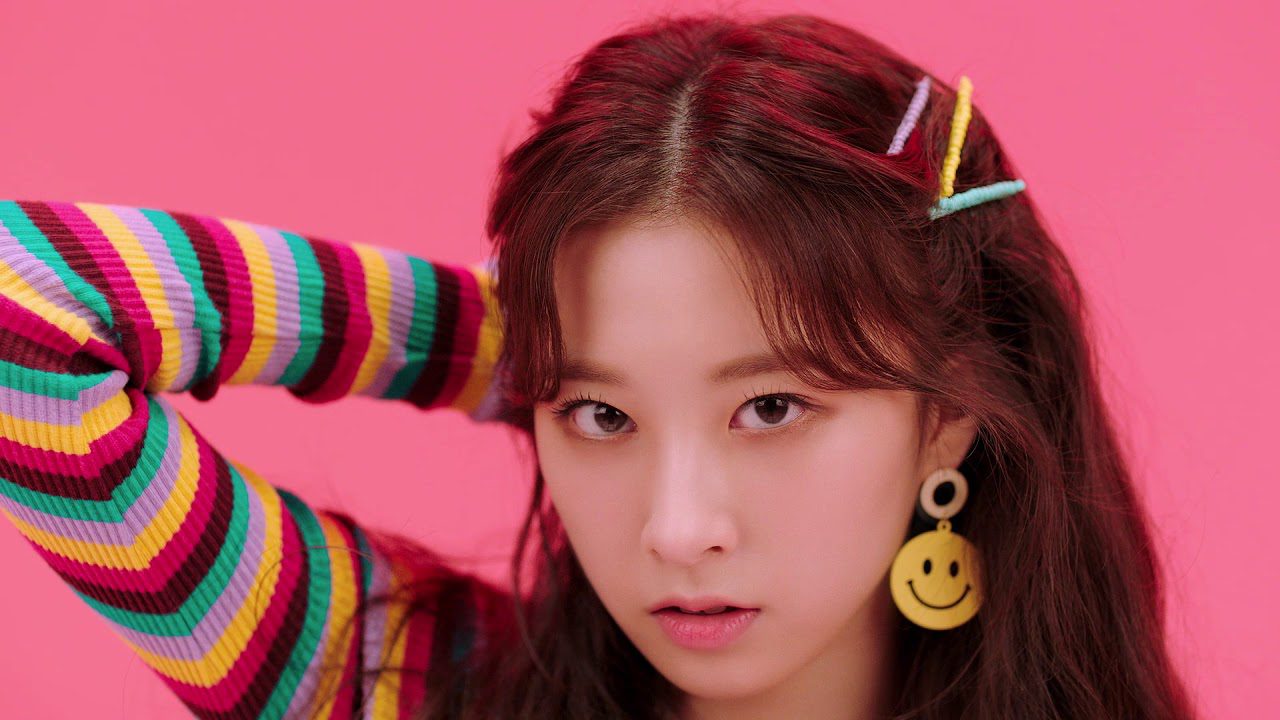 A Look at the members of Rocket Punch: Yonkyoung loves playing staring games.

She’s also a huge foodie as she loves to eat spicy food, and eating is literally her favorite activity. In February 2020, Woollim Entertainment went on to announce that the idol would not be participating in music shows because of an injury. It was revealed that during the album preparations, Yunkyoung felt pain in her knee. Later on, she was diagnosed with traumatic synovitis. The promotional activities for “BOUNCY” were completed by the other five members of the girl group.

The sixth and final member to be announced as part of the group, Takahashi Juri, is popular with her stage name Juri. Being a 97-liner, Juri’s birthday is on October 3. Being a member of Rocket Punch, Juri serves as the vocalist and dancer of the group. She stands at the height of 5 ft 3 inches. She loves spicy fried chicken and bubble tea. Before making her debut the Woollim Entertainment, Juri used to be a part of the J-pop group AKB48 in 2011. As the Japanese idol, her stage name was Kenkyuusei. 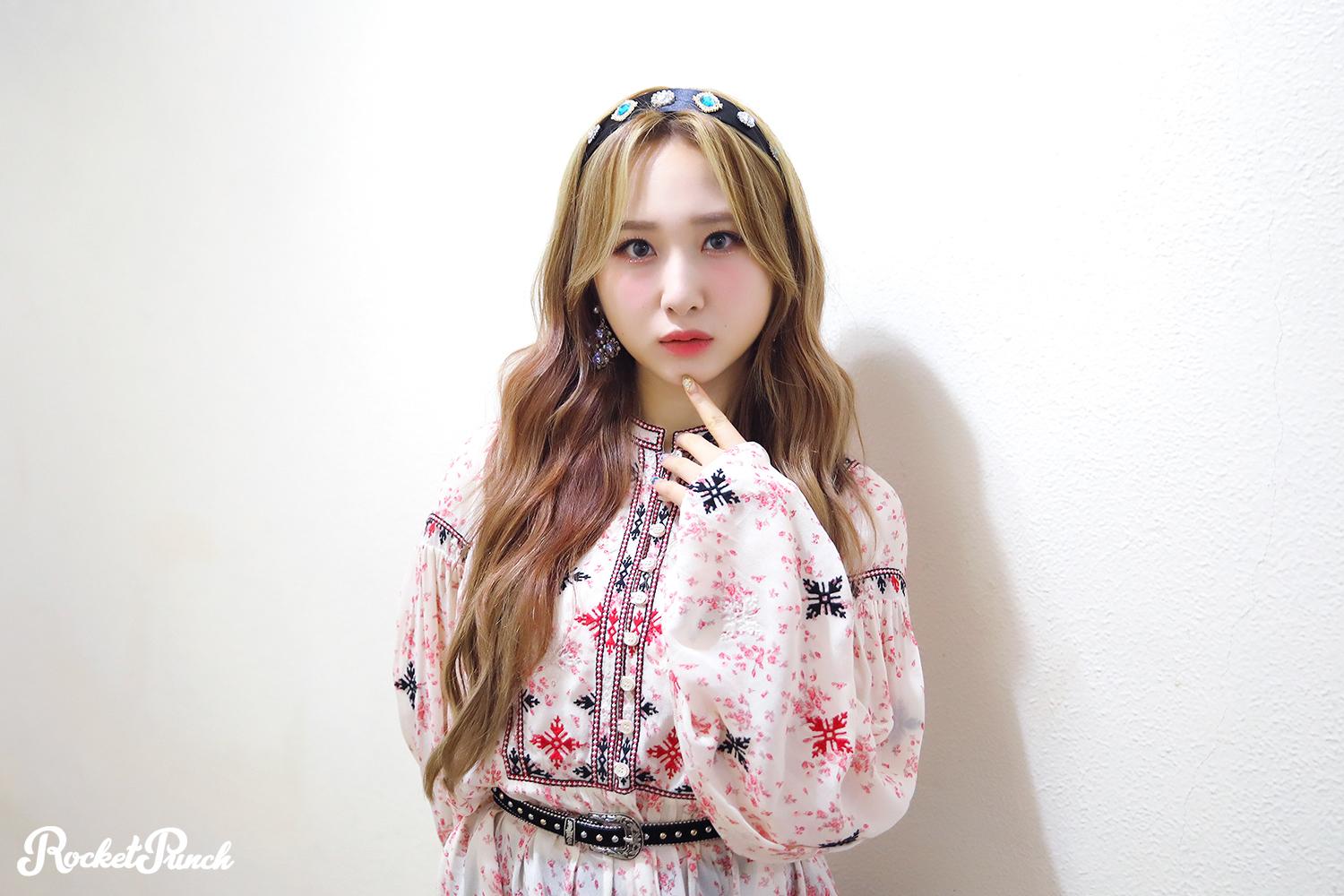 A Look at the members of Rocket Punch: Juri loves the rainy season.

Starting out as the captain of Team B, she moved to Team 4 and Team A as well. During her time in the group, she was inspired by her favorite girl group Blackpink, Juri came to South Korea. She went on to participate in the survival show Produce 48. Arriving in the last chapter, she ended up ranking in 16th place. She left AKB48 in 2019 as she signed a contract with Woollim Entertainment. Soon she went on to make her debut with Rocket Punch.