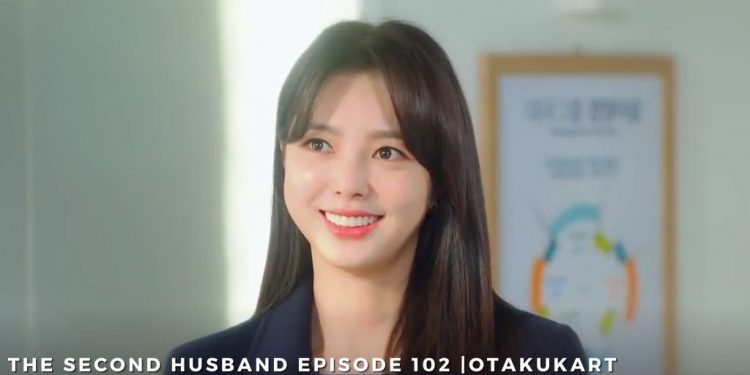 The Second Husband Episode 102 is just around the corner! Seon Hwa has taken her revenge plan to the next level! Seon Hwa’s luck had changed overnight, and it is all thanks to her mother. In the most recent episodes, a lawyer came by Bok Soon’s bakery and told Seon Hwa that she was the daughter of the CEO of Bong confectionery. Soon enough, Seon Hwa had her own car and became the rightful heir of J Capital, the biggest contributor to Daekook Confectionary. To make things even better for the audience, Seon Hwa and Hae Ran have patched up their broken relationship. Seon Hwa still doesn’t know that Hae Ran is her birth mother who she was separated upon birth but still has grown to like Hae Ran. Even when she used to work as an employee for Daekook Confectionary, she liked spending time with Hae Ran.

And now Seon Hwa has been happy as veer because she and Hae Ran have cleared up all the misunderstandings they had before. Meanwhile, Hae Ran has been making up for all the wrongdoing she had done to Seon Hwa. In the latest episodes, Hae Ran has been making up for everything she has done to Seon Hwa, her own daughter. Like a grown-up, she had apologized to Seon Hwa face to face for giving her a hard time whenever she was around. And now, she helped her to gain the position as the CEO of J Capital. Plus, fans think that she might be planning to clear Seon Hwa’s name and help her get back Sae Byeok. See, what this mother can do for her child and check out the release date, streaming details, and predictions for Episode 102 of The Second Husband.

But this time, the head of the company will be attending the general stockholders meeting this time. Usually, the supposed CEO James Kang sent a letter of attorney for every meeting. Fans can’t help but giggle at the surprised faces of Yoon Dae Guk, Jae Kyung, and Sang Hyuk when Seon Hwa enters through the door as the new CEO of J Capital.

Where To Watch The Second Husband Episode 102?

The Korean audience can watch the episodes of The Second Husband on MBC Mon-Fri a 7:15 PM KST. The drama has been doing very well, hence the increase in episodes. In addition to that, the international audience of The Second Husband can watch episode 102 either on Rakuten Viki or Kocowa. To acquire the services of both of these streaming sites, you would have to subscribe first. Also, the release time of the 102nd episode of The Second Husband is 3:45 PM in India, 10:15 AM in the UK, and 8:45 PM in Australia. Now that you know everything from the release date to the predictions for the episode don’t forget to mark your calendars to see what happens next!

Also Read: Best Sibling Pairs That Fought Their Way Into Our Hearts