After Bunny aided Iris, Mike took revenge for her. Now they have decided to stay away from the town while chaos breaks out with Mike not knowing about it. 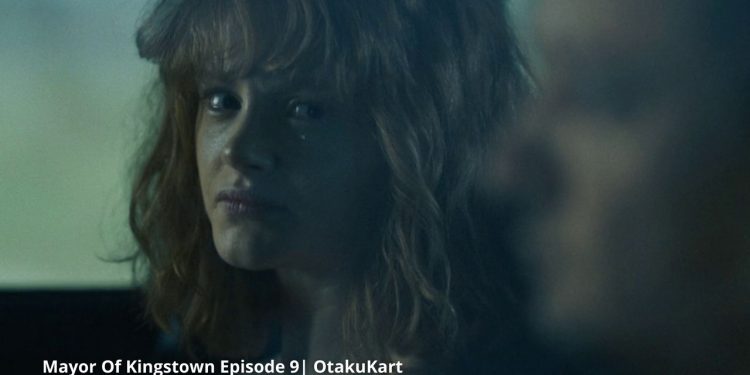 From Mayor Of Kingstown Episode 8 Featuring Iris and Mike

Mayor Of Kingstown Season 1 Episode 9 will be one of those episodes that will be away from the drama in the town. It will be more of a peaceful kind of episode featuring Iris and Mike. So recently, on the show, following Milo’s directions didn’t give Mike anything good for him. Instead, it further increased suspicion when he found something he shouldn’t have in his own land. Now there is a high chance that Mike might go behind the bars for the stuff cops discovered.

Coming to Iris, Joseph had given her away to a gang leader named Duke. She was under his care, and he didn’t treat her at the best. Things took a really bad turn when he sold her off to another gang. A terrible mistake not only saw the gang that bought Iris paying but also Duke’s gang facing the consequences as well. Lastly, Mike saw an assault soon taking place at the prison. When was the question? Here is a quick look at everything that went down in Mayor Of Kingstown Season 1 Episode 8 before we move to Episode 9.

Previously on  Mayor Of Kingstown Season 1, we opened up with Mike following Milo’s instruction to dig for metal. What he came across is a bus full of dead corpses. Around 26 of them were wrapped and tied in the bus in the sack. The cops came to the conclusion that they were all the missing victims of James Parker. Being on Mike’s land directs fingers at Mike. This soon sees Mike picking Milo’s lawyer up in a hotel to confront him outside.

Milo’s lawyer came to confess that Mike wasn’t supposed to find bodies there. Even he was surprised, but Mike promised if he went behind bars for something he didn’t do. Then he will not go after Milo, but first, come at the lawyer. Mike later met Rebecca to see her office, and Ed notified Mike that gangs might be planning for a takeover at the jail. While he couldn’t lock them down, Ed asked Mike to check in and get back to him.

Also Read: Will There Be Insecure Season 5 Episode 11?

A gang leader Duke and her team, had Iris captive, and they were torturing her. Initially, Mike had one of his own confrontations with Duke. Things took a bad turn when Duke’s gang sold her to another gang. While another gang was taking Iris to their territory. They found themselves traveling through a rival gang’s territory. A rival gang headed by Mike’s friend Bunny. The gang was met with a shootout with only Iris surviving. Meanwhile, Cherry began making moves in prison by tricking Sam and stabbing him before accusing him of sexual assault.

Bunny called Mike to tell her about Iris, and he came running. After digging info, Mike took her personally to Duke. Asked her if he was the one and took out Duke and his entire gang alone. Mike later comforted and treated her wounds while an assault at the prison did take place, with Tim becoming the target.

Mayor Of Kingstown Season 1 Episode 9 is releasing on 2 January 2022. It is titled “The Lie of the Truth”. The official synopsis of the episode suggests we will see Mike and Iris spending time away from town for now. A peaceful cabin away will be their safe spot for now. There is a  lot of chaos going around in the town. At the same time, Mike might be going behind the bars for something he didn’t do.

Also Read: What Will Happen In ‘The Expanse’ Season 6 Episode 4? Spoilers & Speculations

Where Is ‘The Silent Sea’ Filmed? Filming Locations And Review