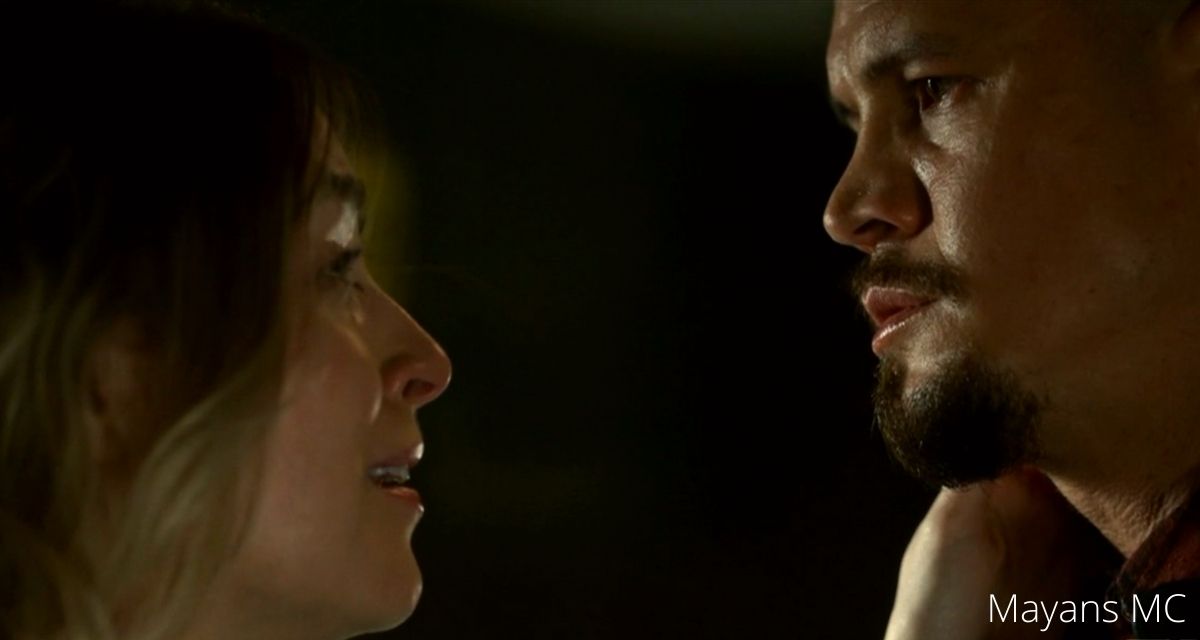 The viewers are eagerly waiting for the release of Mayans MC Season 4. This American television series has gained a lot of popularity over the years. Even though no one had expected it to make much of a difference, but it did the opposite. This series follows the genre of drama and crime, which is a quite popular combination. Furthermore, this combination of genres has given the audience several classic television shows over the years. However, what makes this show even more interesting is the fact that it is based on the same universe as that of Sons Of Anarchy.

Although, it features and focuses on a different biker club that we saw in the original show. The Mayans Motorcycle Club once was a big rival of the Sons of Anarchy Motorcycle Club. However, the two clubs later became allies as the story progressed. Therefore, the showrunners decided to bring back the same crime and drama feel to the fans of the original show in this spin-off series. Sons of Anarchy came to an end on 9th December 2014. Meanwhile, it took almost four years for Mayans MC to finally premiere on 4th September 2018, even though it was greenlit by the developers in the year 2016.

The show exceeded the expectations of viewers all around the world. Even the fans of Sons of Anarchy who were not sure whether to give this a try or not had a great time watching it. In addition to that, it not only impressed the audience but the critics as well. Mayans MC currently has a score of 86% on Rotten Tomatoes. At the same time, it has a very good rating of 7.6 out of 10 on IMDB as well. Furthermore, the show has a total of three seasons as of now. However, the fans are waiting for the release of Mayans MC Season 4 impatiently. 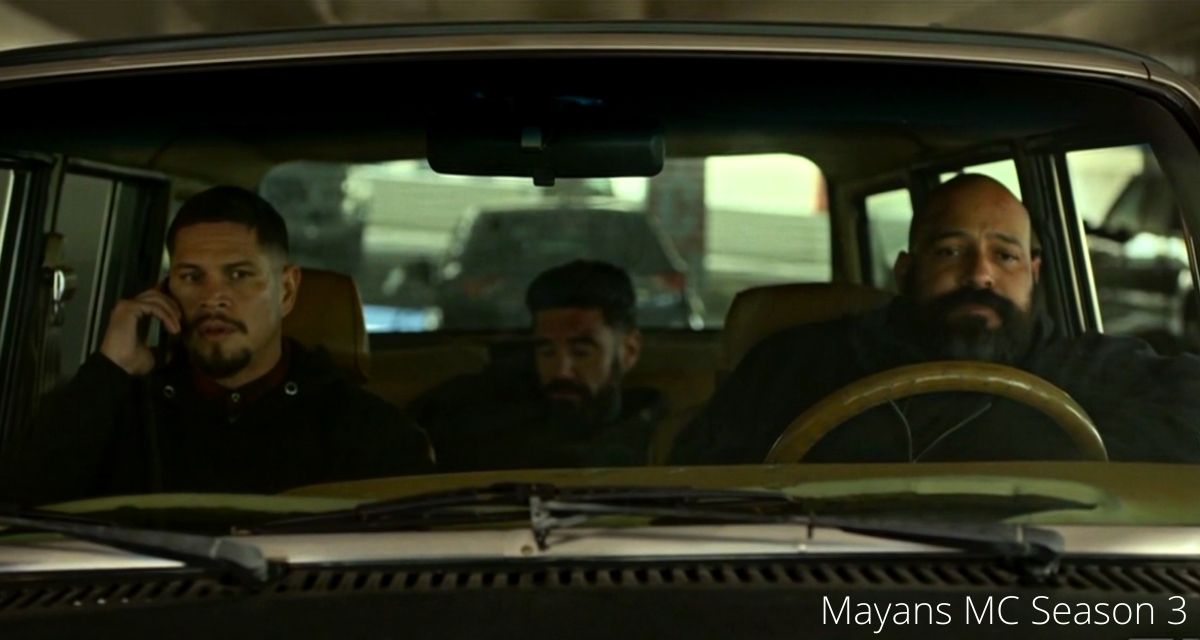 The Ending of Mayans MC Season 3: What Went Down In The Finale?

Episode 10, which was also the final episode of Mayans MC Season 3, came out on 11th May 2021. It gave us a rather chaotic finale but definitely excited the viewers. The episode began with Gaby and EZ together. Gaby wanted to make sure that EZ was ready to go with her leaving it all behind, and he agreed. However, EZ and the Mayans had a plan in motion. They put up a bartender from the club to go to Canche’s garage for a car repair. However, it turned out that she was carrying a bomb in the trunk to kill Canche.

But Canche arrived with his son, and therefore, Angel and Gilly have different opinions about killing the kid too. So EZ went closer to the garage’s window and detonated the bomb when he saw Canche closer. Although, Canche saw him outside before the bomb. Everyone thought that Canche had been killed and celebrated Bishop becoming the King. However, to everyone’s shock, Canche arrived at the Mayans’ president meet just after Diaz shot Ibarra in the head. Meanwhile, Emily met with EZ to tell him about her situation but got sad after hearing that he was going away. 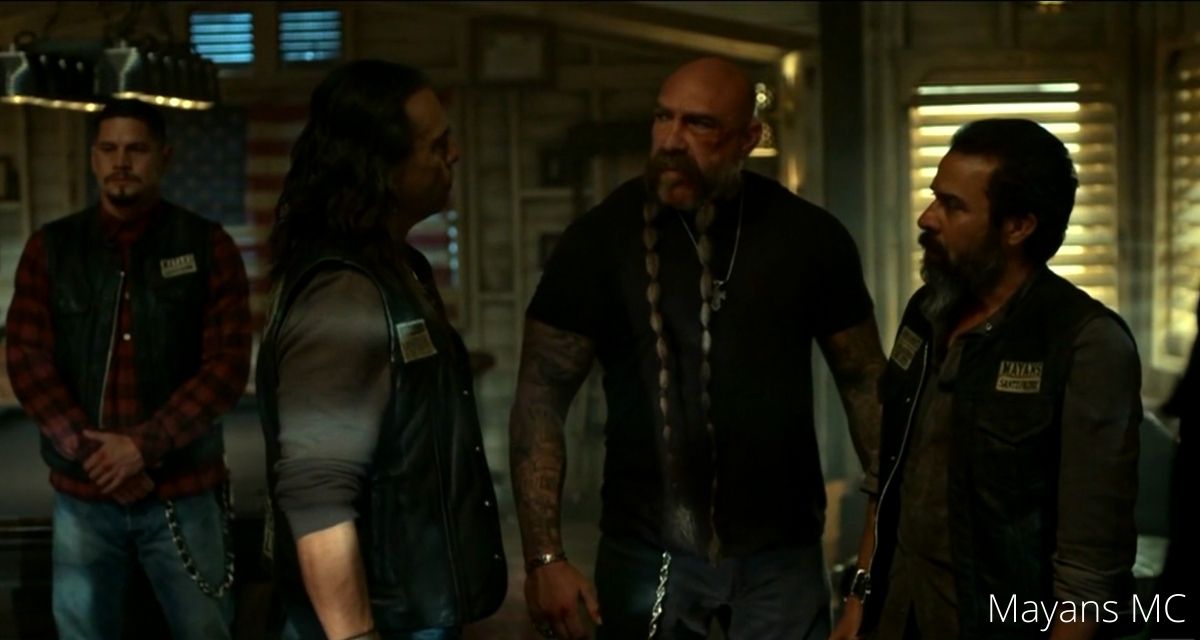 A still from the Season 3 finale

On the other hand, Gaby went alone without EZ after Felipe convinced her that EZ belongs with the club and that is her life. Furthermore, we saw that a warrant for Miguel had been issued after his name came out in getting the Governor killed. He contacted Emily and asked her to come along with his man so they could leave. However, Miguel’s man arrived alone and gave him what Emily had returned. It was her wedding ring and the medication tablets. Meanwhile, in the end, we saw EZ hear a gunshot that seemed like Bishop might have killed Taza after he confessed to killing Riz way back. But soon, the rest of the Mayans wreaked havoc outside the gate of EZ’s club, trying to break in. They were throwing molotovs from outside. Meanwhile, EZ was standing in anger with a gun in his hand.

“Mayans MC Season 4 will be releasing sometime in the year 2022.” The third season was probably the best season according to many viewers and they cannot wait for the fourth season to arrive. However, the official date has not been announced as of now. The previous season ended on a big cliffhanger that intrigued a lot of fans of the show. It would be really exciting to see what is going to happen when and if the other Mayans break into the club. EZ is obviously no match for a crowd that big alone, which is also the reason everyone is thinking about what is in store for EZ. Meanwhile, it was not cleared whether who shot whom at the end. Was it really Bishop shooting Taza, or was it someone else entirely? Stay tuned for the release of Season 4 to find out. 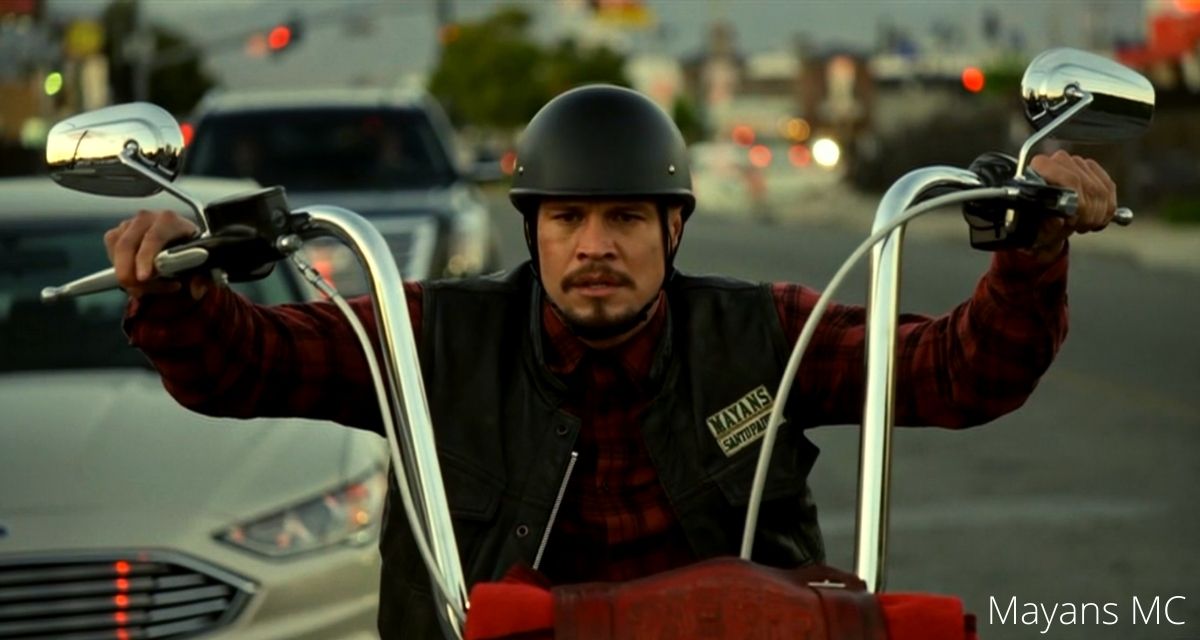 It has been a treat for the audience while watching this exciting American crime drama series. Therefore, everyone is searching about where to watch Mayans MC and all of its episodes. “Mayans MC usually airs on the popular television network FX at 10/9c.” However, this timing might change with Season 4 if the network decides to. Other than that, the series is available to stream on Hulu with all three seasons. In addition to that, the show is also available on Amazon Prime Video, Youtube TV, and Disney Plus Hotstar as well. So go ahead and binge-watch the series if you have not done that already.