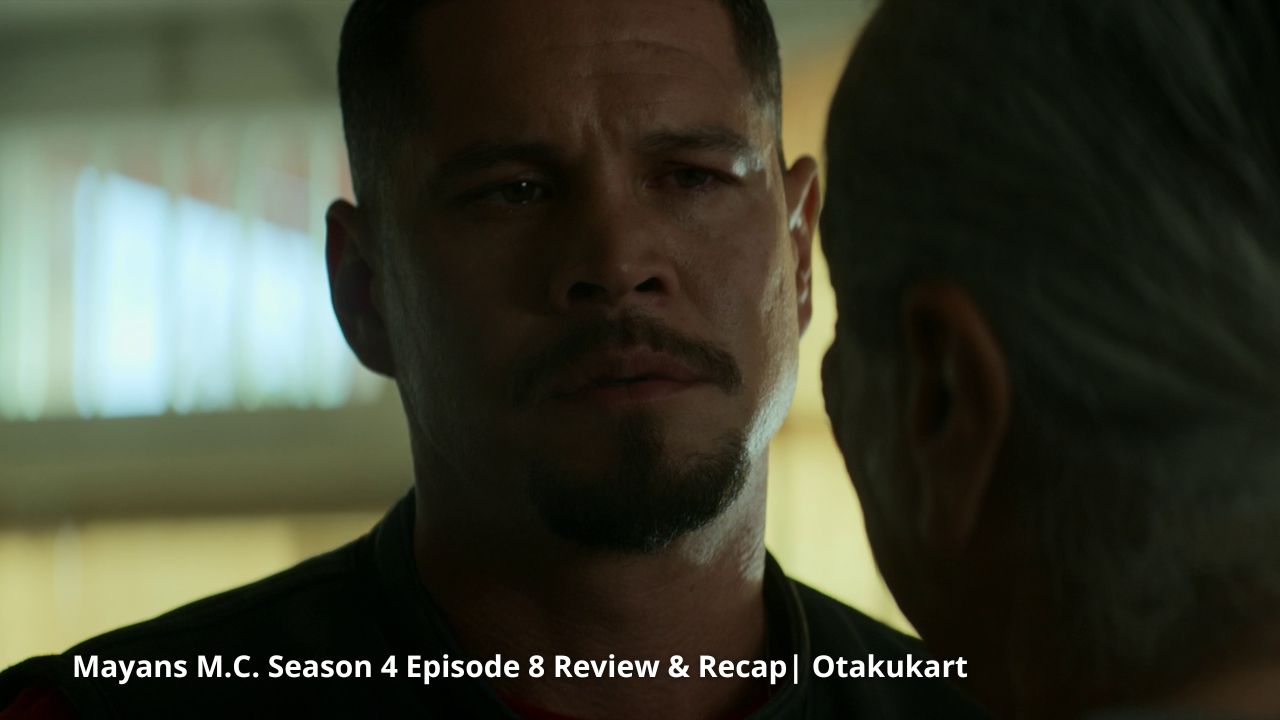 Mayans M.C. Season 4 Episode 8 sees the Mayans continuing their attack on the Sons Of Anarchy with EZ leading the group. Last time on the show, Mayans were mourning the death of one of their brothers Coco after Sons Of Anarchy ambushed the Oakland Mayans. While EZ wanted answers, Alvarez was afraid that Mayans are not strong enough to wage war with the Sons Of Anarchy.

EZ took it upon himself to orchestrate a secret plan. He wanted to take out a majority of high-ranking Sons Of Anarchy members. The plan was a success but it came at the cost of killing Gaby. She was working at the hospital where EZ’s group ambushed. Gaby’s death may haunt EZ for a while but Mayans have not stopped there as they orchestrate another sling of attacks on Sons Of Anarchy in the eighth episode of Mayans Season 4.

Mayans M.C. Season 4 Episode 8 opens up with EZ waking up from a nightmare dreaming about what went down with Gabby. He heads to his father to let him know about her. EZ tells his father that he knows who he is now and leaves while his father breaks down crying.

After EZ’s successful attempt to take down some of the high-ranking Sons Of Anarchy members, Alvarez is positive about attacking a whole charter. Thus making sure that Sons Of Anarchy won’t make a move against them anytime soon. San Bernardino becomes their target and Alvarez wants to be part of this attack. Oakland Mayans’ President Diaz advised Alvarez that this is a war for the gang members who are in their prime. 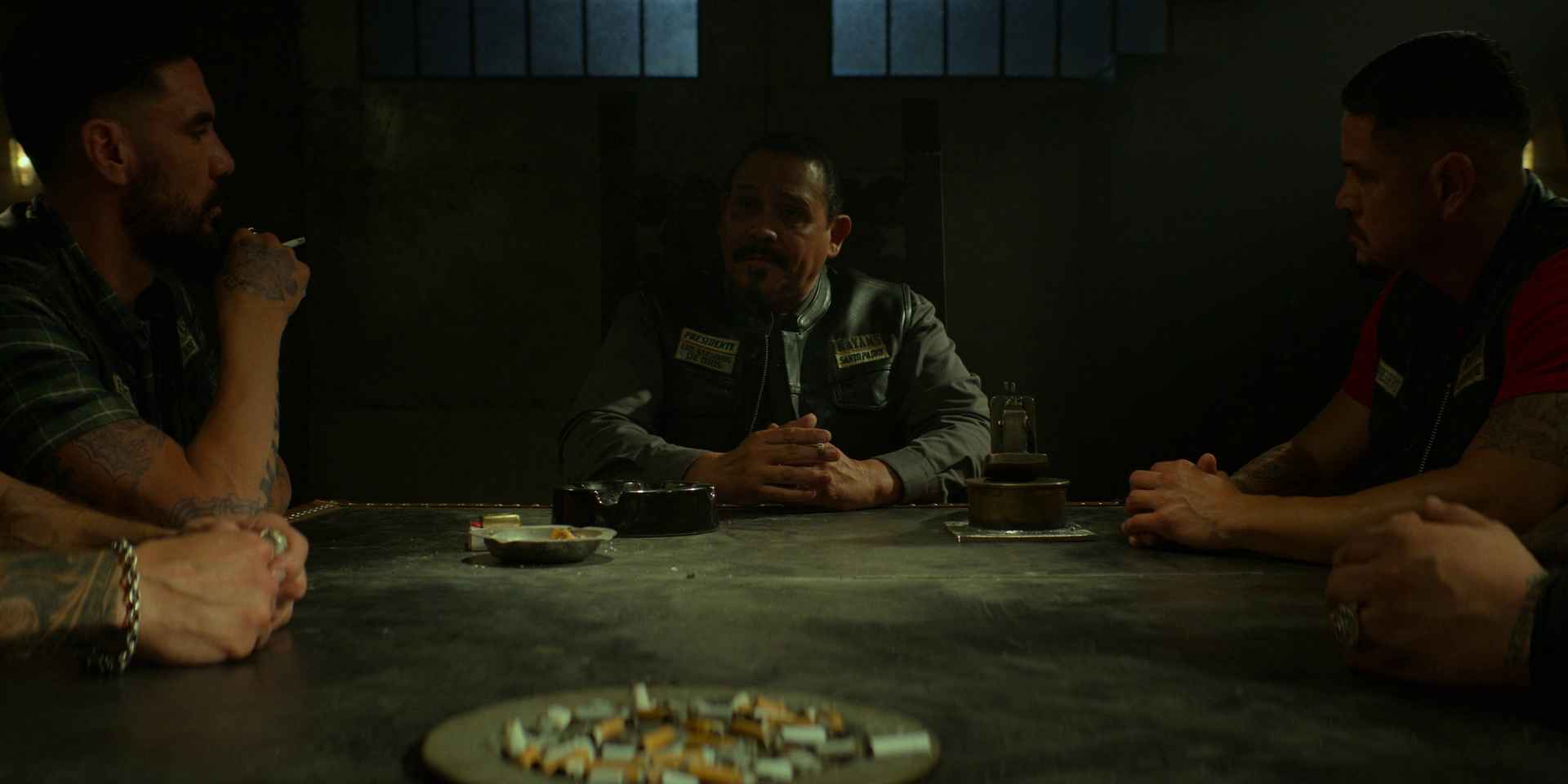 Before the gang could move to attack, EZ tries to reconcile with a broken-down Angel who takes the blame for putting EZ in a situation where he had to kill Gaby. The attack sees Mayans sneakily taking down a number of Sons Of Anarchy members. Eventually, they take out an entire Sons Of Anarchy club.

Amidst this battle, we see Taza coming to Bishop’s aid on a positive note. On EZ’s side, he grabs a chance to kill Canche when no one was watching. EZ tries to console Manny who thought of Canche as his big brother. EZ wants Manny to pitch in to become Vice President of Yuma Mayans with leadership changing hands.

Amidst all of this, we see Angel and Adelita coming together to make sure their baby doesn’t go through the things they went through. Gilly welcomes Rae and her son to stay at his house. Creeper introduces Kody to his brothers from Mayans and hopes someday she will be his girlfriend and she is open to that possibility. 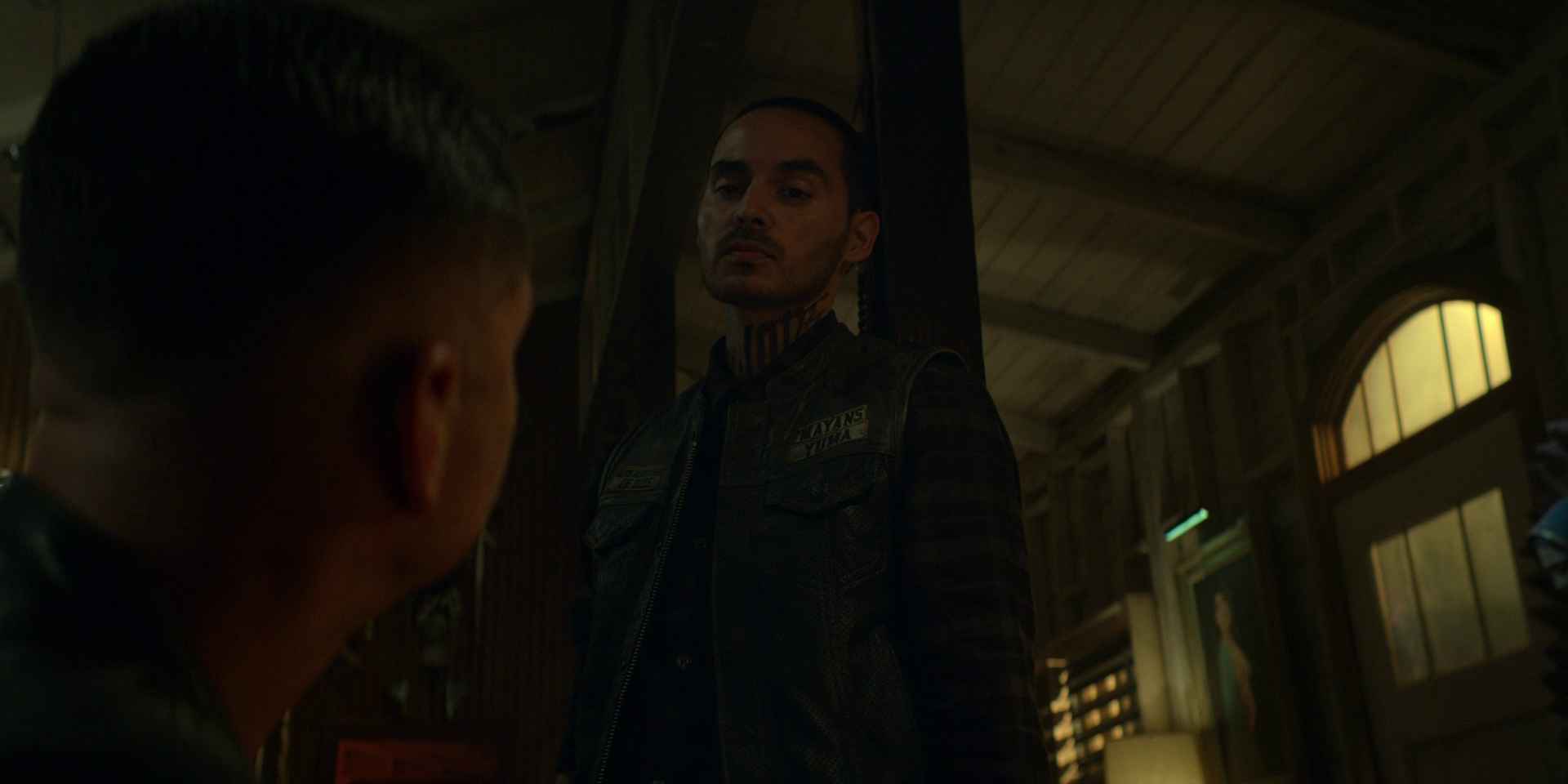 Emily on her side needed to skedaddle away from her job when someone comes looking for her. Jaz threatens Jess stating that Terry’s sponsor has arrived and everyone is afraid of him. We also find out that Soledad is the one who kidnapped Miguel Galindo in the previous episode. They might be joining hands moving in the coming episodes.

Mayans M.C. Season 4 Episode 8 builds upon the events that went down during the previous episode. EZ has found who he is after coming to realize that he needs to kill Gaby if he wants to save Angel. Someone who had just started a family and was looking forward to a bright future.

Realizing this also sees EZ taking bigger steps for the future of Mayans. This step might have involved taking down Canche. EZ may have realized that they might never see eye to eye. But will that works in favor of EZ or not is something to look forward to. The killing of Canche will certainly create cracks in Manny’s loyalty towards EZ. 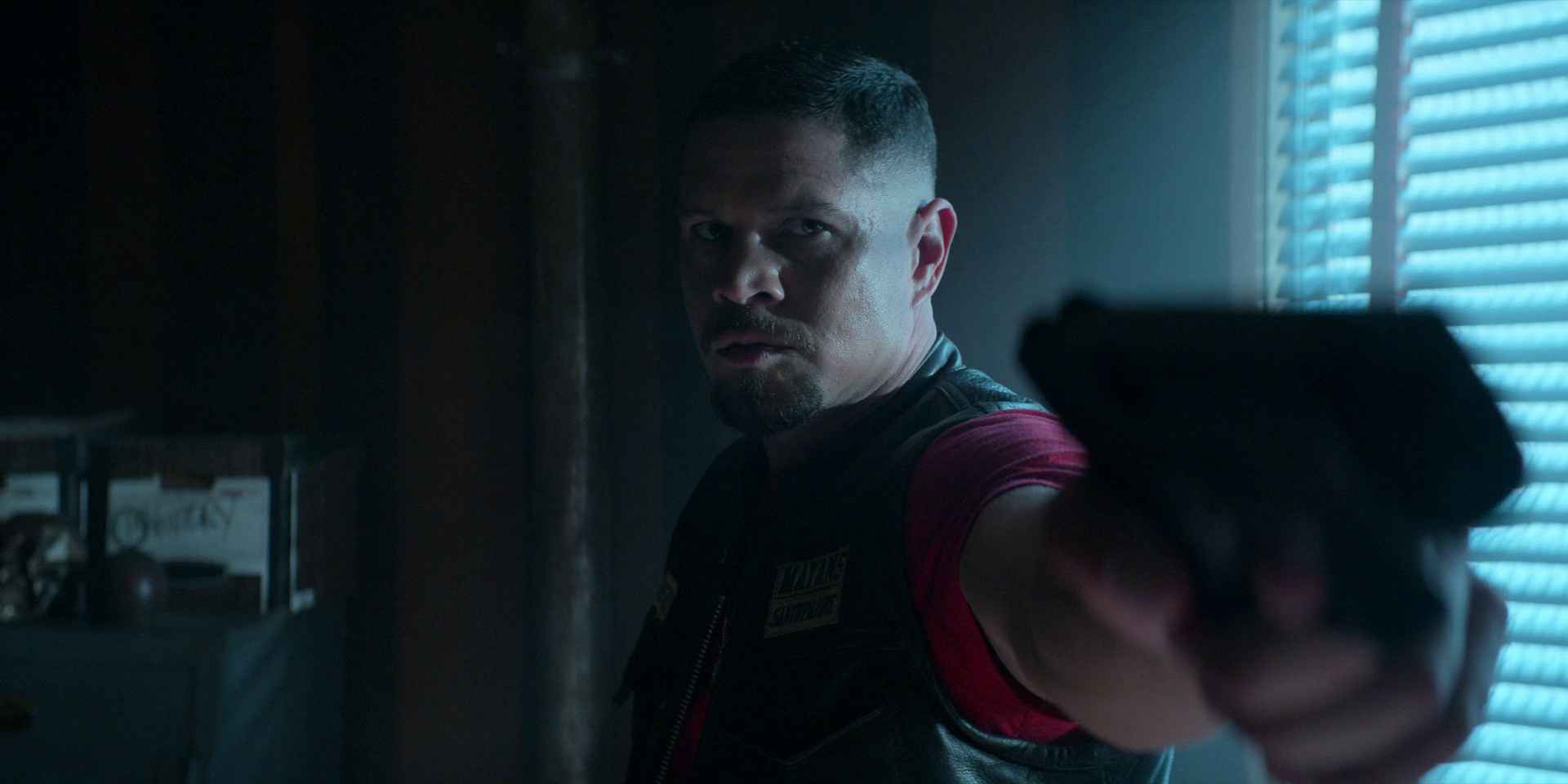 We see Manny already suspecting EZ from the way he pitched him to be the next Vice President of Yuma Mayans. So it’s a matter of time before Manny finds out and EZ realizes that probably taking out Canche was not the right move. This may also see Mayans questioning EZ’s leadership.

Apart from that, Mayans M.C. Season 4 Episode 8 was an episode full of action sticking to the main plot of taking down a charter of Sons Of Anarchy. The sub-plots, unlike the previous few episodes, got lesser screen time but surely there were big developments that may come into play in the coming episodes.