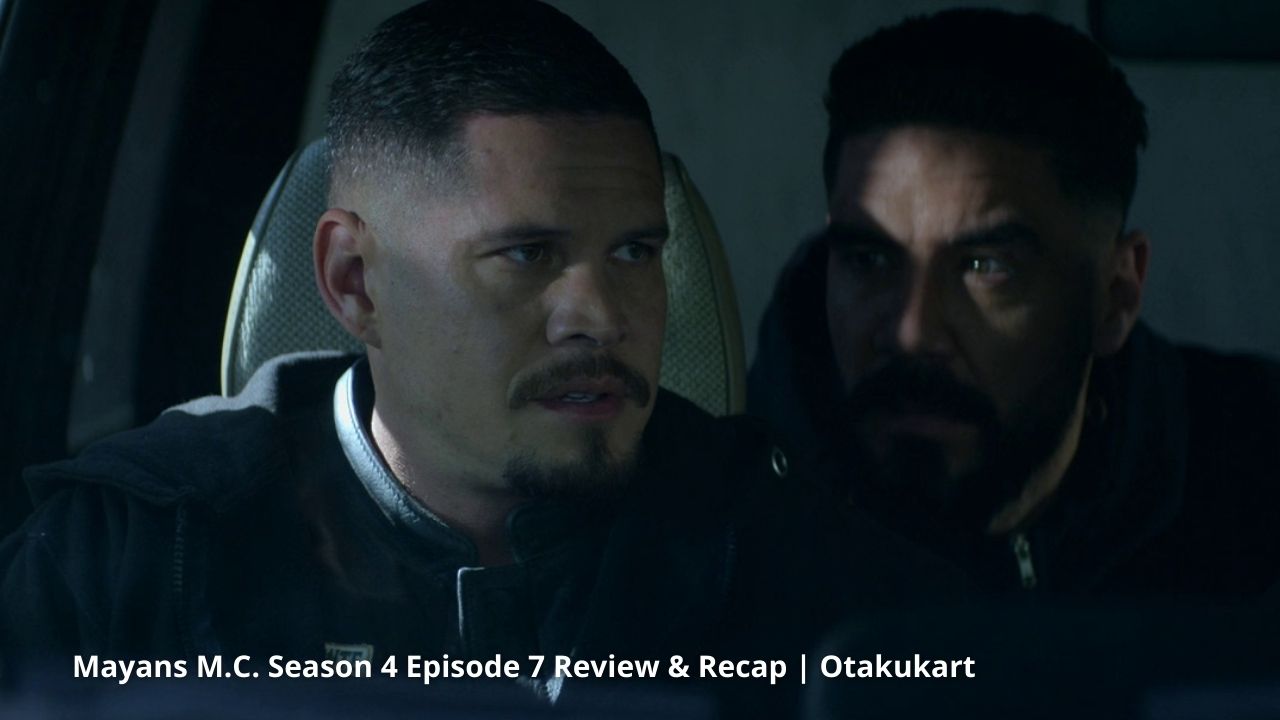 Mayans M.C. Season 4 Episode 7 sees the Mayans paying the Sons Of Anarchy back for what they did to Oakland Mayans and their brother Coco. Last time on the show, Mayans spent time grieving the death of Coco and at the same time arguing with each other. EZ was not ready to trust anyone on the table and Alvarez on his side was not ready to go to war.

In the end, EZ pitched in for a plan to avenge the death of their brother. Alvarez can keep the peace as much as he wants but EZ looks forward to a secret plan that will see him taking out Sons Of Anarchy. EZ needed only a few people on his side. Angel and Manny joined him as. Now he looks forward to bringing this plan in motion in the seventh episode of Mayans M.C. Season 4 Episode 7.

Mayans M.C. Season 4 Episode 7 opens up with Miguel Galindo being attacked before moving to the main plot. EZ, Angel, and Manny were on a stakeout near a hospital on a mission to avenge the death of Coco. This time around, EZ doesn’t want to go with an elaborate plan. Every time he has that kind of plan, somehow it ends up going to waste. So the plan is to enter the hospital where Sons Of Anarchy has gathered and take out the most number of higher-level members of the gang.

The trio manages to enter the hospital without being noticed. Right when they head to the elevator in order to get to their targets, an entire group of Sons Of Anarchy shows up inside. The group also includes Terry, the Sons Of Anarchy member who started the war in the first place.

The trio of Mayans doesn’t think twice and shower bullets at the Sons Of Anarchy group. We don’t get to see who manages to survive as the Mayans look to escape. Unfortunately, they found themselves surrounded by Sons Of Anarchy everywhere. Angel impulsively shoots a security guard. A nurse comes to aid who is none other than Gabby. She recognizes EZ and Angel had no choice but to take her with them.

With Manny causing a distraction, Angel, EZ and Gabby managed to escape. EZ tried to convince Gabby to not open up her mouth. But Gabby states the guard Angel shot was her friend, and he needs to pay for that. If Angel is going to be the father, the guard’s kids are also waiting for him. EZ had no choice but to kill Gabby as they don’t come to a reconciliation. 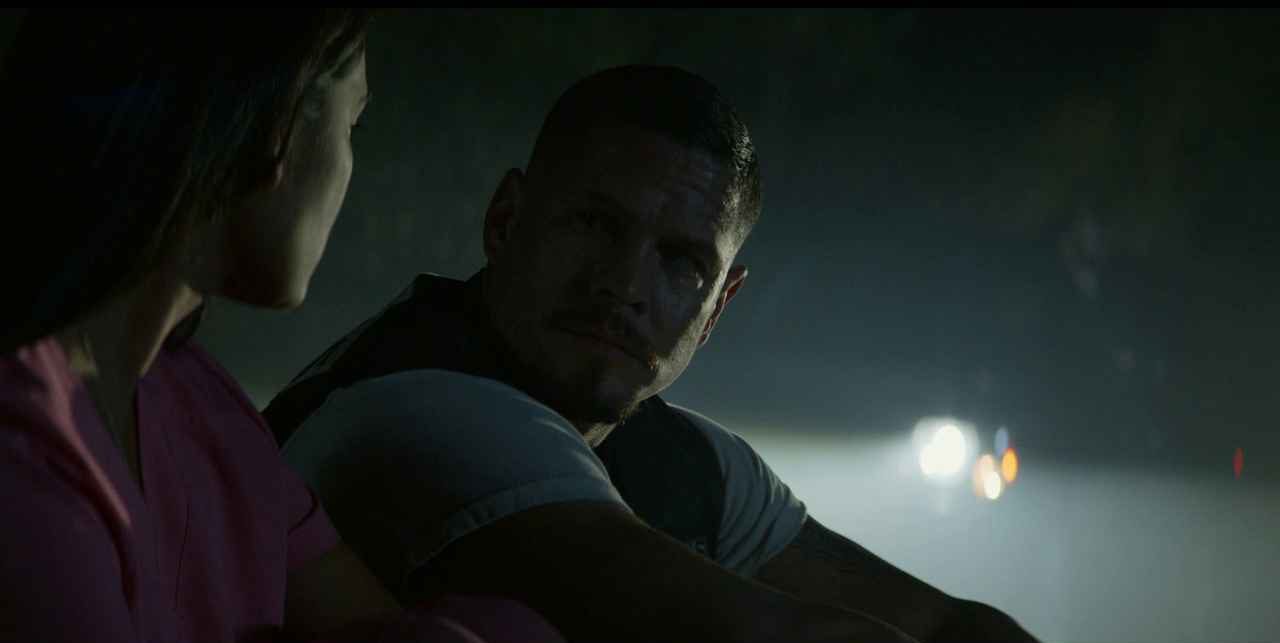 Amidst all of this, EZ connects with Sofia with both of them deciding to keep their past behind. Creeper continues to explore his relationship with Kody as he tells her about his scars. Alvarez tries to make things right for Bishop by inviting him to Diana’s birthday. He and Diana also try to set Bishop up with one of Diana’s friends which ultimately fails.

Coming to Angel, he comes home to see a disappointed Nails. He tries to make things right with her but he wasn’t there for her when she needed him the most. She tells him about losing the baby and breaks up with him. The episode comes to a close with Adelita returning with Angel and her baby.

Mayans M.C. Season 4 Episode 7 was a fast-paced full-of-action episode we have been longing for after the premiere. At least for most of the main plot. While Alvarez was not ready for this war, EZ decided to lead his group to plot a successful attack ever since he became the VP of the Santo Padre crew. 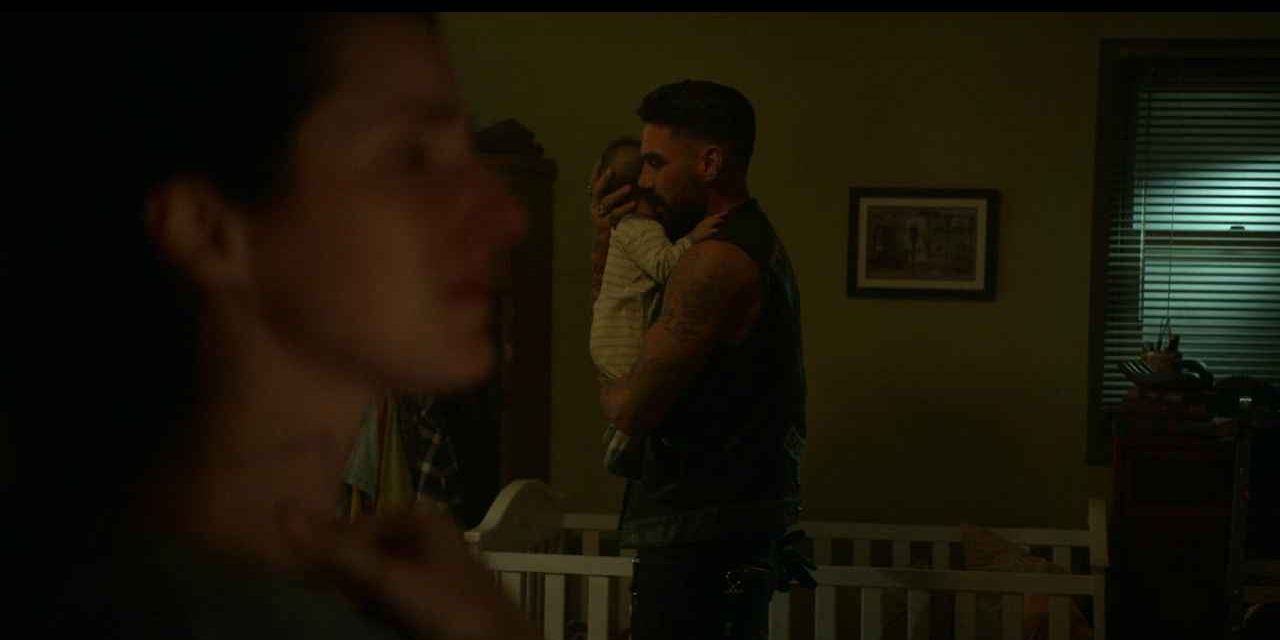 So for now we can suggest that EZ has finally proved that he could be the future leader of the Mayans. Still, these are just slight beginnings of a bigger war that is about to come. The full-of-action main plot was one thing, the other subplots continued to develop the storylines slowly and steadily. But this time around one of them had a significant development in the form of Adelita and Angel’s arc.

For most of the fourth season, we saw Angel vulnerable and afraid as he was about to be a father again after losing a child with Adelita. In this episode, he faces the same situation but a new hope comes in the form of Adelita. We didn’t see much of Adelita this season apart from the time she got her baby back. Adelita reuniting with Angel might be the start of a new arc and finally a family for Angel.