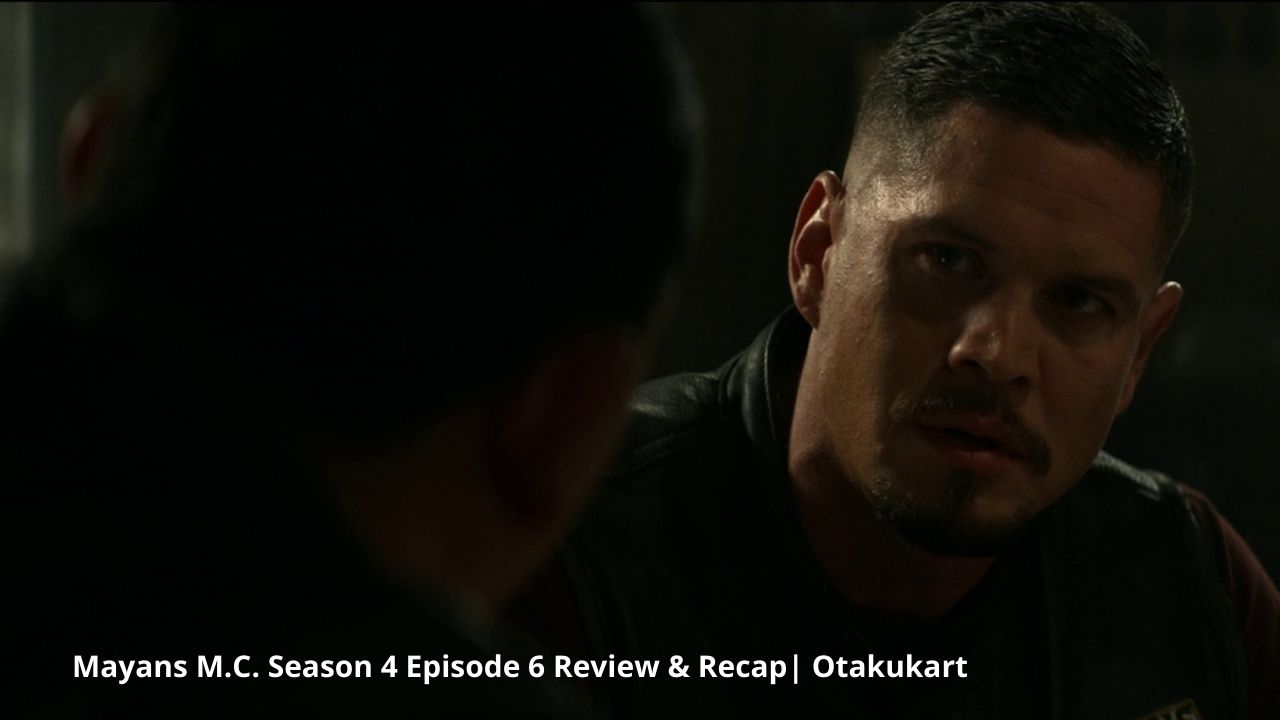 Mayans M.C. Season 4 Episode 6 sees the group mourning the death of brothers all over again after a surprise attack from the Sons Of Anarchy. Recently on the show, for a while now, the show has been teasing a war between Mayans and Sons Of Anarchy. After weeks of teasing, the Sons Of Anarchy officially gave a green light for that attack and they picked up the worst day possible for the Mayans.

So, the Mayans were grieving and paying respects to their fallen brothers. Despite being a day of peace for them, Mayans had not forgotten the civil war which led the groups to fight among themselves. Amidst this, Sons Of Anarchy took a chance to attack the Oakland Mayans which eventually saw the death of Coco. The sixth episode of Mayans M.C Season 4 serves as the aftermath of the attack and here is what went down.

Mayans M.C. Season 4 Episode 6 opens up with the Oakland incident hitting the Mayans Club hardly. No one saw someone coming to attack them and they wanted answers. The Yuma Mayans arrive as well and soon Hank reveals the bad news that five of their brothers died in the attack, including Coco.

The Mayans came together for a meeting to figure out who might have been behind the attack. While Canche speculates that there is a chance that El Banquero might be retaliating for the incident in the desert, EZ on his side doesn’t want to trust anyone. Including the people sitting at the table. Thus leading to an argument with the Yuma Mayans.

Alvarez calms things down by asking the Mayans to watch out for their charters as he examines the next step in the situation. EZ realizes that Alvarez is avoiding war but he also believes they are already in a war now. Meanwhile, Jess shows doubts about the work she is doing by feeding off information to Sons Of Anarchy by overhearing the Mayans.

Hank later brings the news that confirms that Sons Of Anarchy were the ones who attacked Oakland Mayans. At this point, Alvarez wants the news to be kept between them. Although the Mayans want blood, they are still recovering from a civil war. EZ later tries to approach Alvarez again but the latter keeps the information away from him.

Angel went out there to comfort Coco’s daughter Letty and his girlfriend Hope. He came across a house that was a mess with Letty sitting around. They both were sad and vulnerable. Eventually, they kiss each other. Letty and Hope later comfort each other.

Meanwhile, EZ receives a call from Emily warning him to watch his back as someone is investigating the Marlon Buksar’s. Manny arrives wanting to be part of the war with Sons and turns out Santo Padre crew didn’t know about it.

The episode closes with Alvarez revealing that it was the Sons who were behind this attack. EZ pitches a plan to take down the leader of the Sons Of Anarchy to avenge the death of their brothers. Amidst all of this, we see Nails losing her child and Galindo leaving the convent.

Mayans M.C. Season 4 Episode 6 was one sad sack episode with not many developments. But a much-needed one for us to understand the position of the Mayans. How they are not like they used to be and making an impulse move may end up causing them the whole gang.

The Mayan group is broken and things were already tense between them. The shades of Civil War are still evident and fighting the Sons in this position is not right. EZ’s decision to craft a secret mission is him picking up the leadership he is destined for. The mission going right might see EZ becoming the right leader Mayans need at this point. On top of that Manny’s loyalty toward the EZ could bring the Mayans together.

So apart from these developments, the entire episode saw the Mayans grieving the death of their brother in their own way. Letty finally accepted Hope and also connected with a vulnerable Angel. Someone who was not there for Nails.

The tragedy of Nails’ baby was another bad news the show came up with. We wonder if Angel and her relationship will continue to work from here on or not. This may in turn mark the fitting time for the return of Adelita who recently got hold of her baby with Angel. The baby Angel believes is dead.