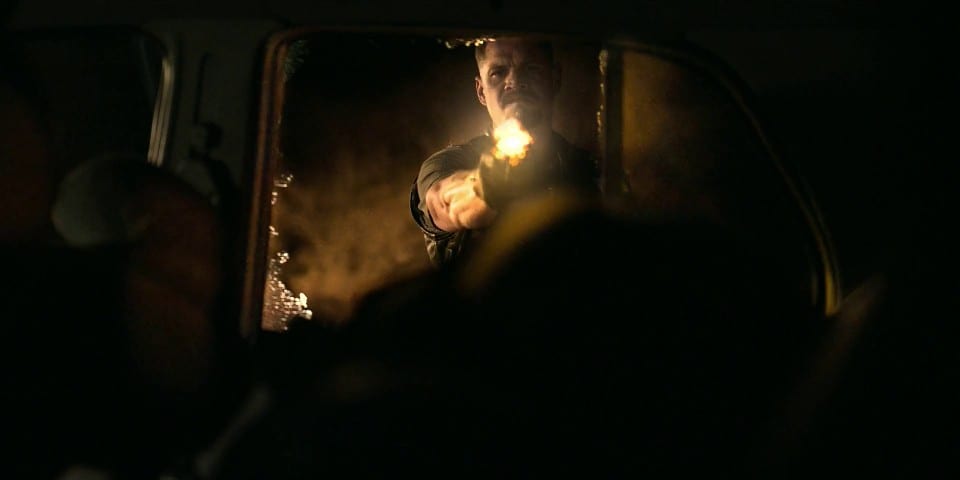 The last two episodes of Mayans M.C. Season 3 bowed the seeds for a civil war that we are heading to. The war was greenlit in the last episode by Bishop, and now we are all in. But the war won’t concern only the Santo Padre crew and Stockton crew. It seems like Diaz and his Oakland crew have joined the party, and a lot is going around. From teaming up to betrayal and taking over as the King of Mayans. Who will claim the crown of the Mayans will all be seen in the upcoming Mayans M.C. Season 3 Episode 8.

Furthermore, Gaby and EZ’s relationship is taking a serious turn. Coco, on the other hand, is losing himself in drugs ignoring Hope as well as his daughter Leticia. Plus, what has Pablo brought Adelita to? Let’s take a look at what happened previously on the Mayans M.C. Then we will move on to the upcoming eight-episode in the third installment of the FX action drama.

Previously on Mayans M.C., what we witnessed was Bishop signaling Angel to start the war with the Stockton crew. Thus, Angel notified EZ and took down the Flaco and people who shot down his brother. The war continues with everyone looking for Ramos now. Angel and Gilly attacked a Stockton member on his way home. On the other hand, Bishop did the same with his crew and attacked a tattoo shop. 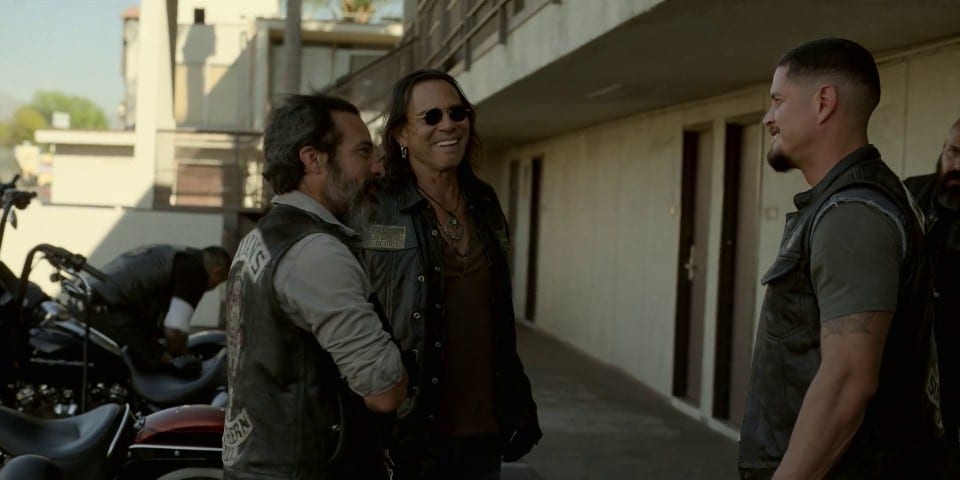 The gang is taking it to war, and EZ is not far behind as he comes back to town and reconciles with Angel. They talk about the beautiful moments and how EZ found love in Gaby. The other members join in to welcome EZ as well as plan their next move for Ramos. Hank, on the other hand, gives Steve a much-needed yelling asking him to stay out and lose some weight as well before EZ calms him down.

On the other side of things, Coco comes back home and is comforted by his daughter Leticia. She tries to get to the bottom of his father’s problem only to see him pass out again. Adelita also brought Mini back home last episode and asked her about what Pablo’s been up to since she left. When Adelita realizes the young girls are used as prostitutes, it fuels her with anger.

The Oakland Mayans show up at Santo Padre’s hideout and confront EZ and Bishop. When they deny, Diaz, the Oakland Mayan’s leader, decides to have a talk with them. Diaz brings in the history lessons, but Bishop clears the fact that all he wants is Ramos. There is an argument on who took the first shot, dependency on drugs, as well as Alvarez and his identity as a Mayan. The conversation ends with Diaz hoping to get Ramos for a conversation before moving in and joining Bishop in his quest for Reckoning. 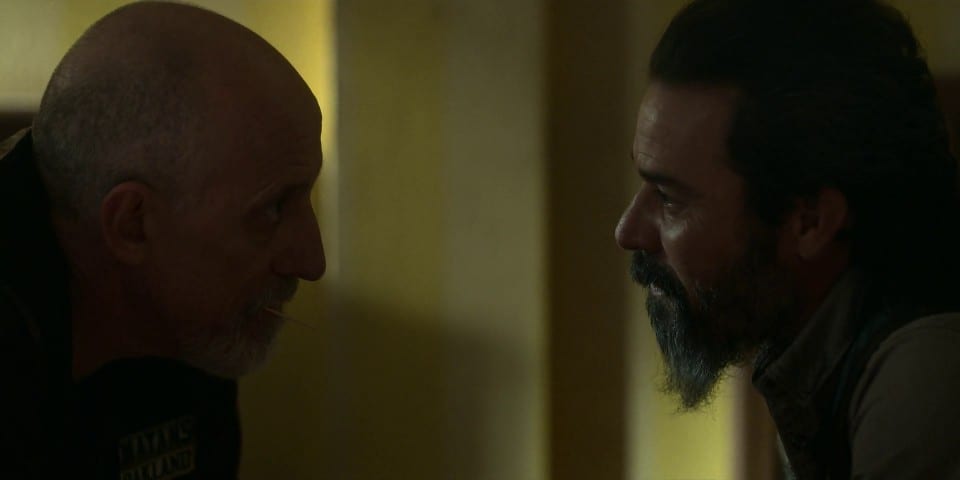 Coco and his daughter Leticia argue over the things Coco did until Coco asks her to leave. Adelita comes with Mimi to Pablo’s place to confront him. The first thing she sees is a pregnant young girl. Pablo tries to explain, but Adelita leaves nothing behind and stabs him taking over the place again.

At Santo Padre’s hideout, the Oakland crew is passing the time waiting for Ramos’ location. Bishop and his crew are only getting angrier as time passes. EZ checks up on Gabby, and Angel asks his brother again. Suppose he is ready for the game or not. Suddenly out of nowhere Stockton crew shows up. Oakland crew betrays, and Ramos definitely arrives. A war between the Mayans breakout with Bishop almost killing Diaz off. Angel, EZ, and other members stand tall as well but had to leave to stay away from the police. After escaping, Bishop might not know the next move, but EZ does. 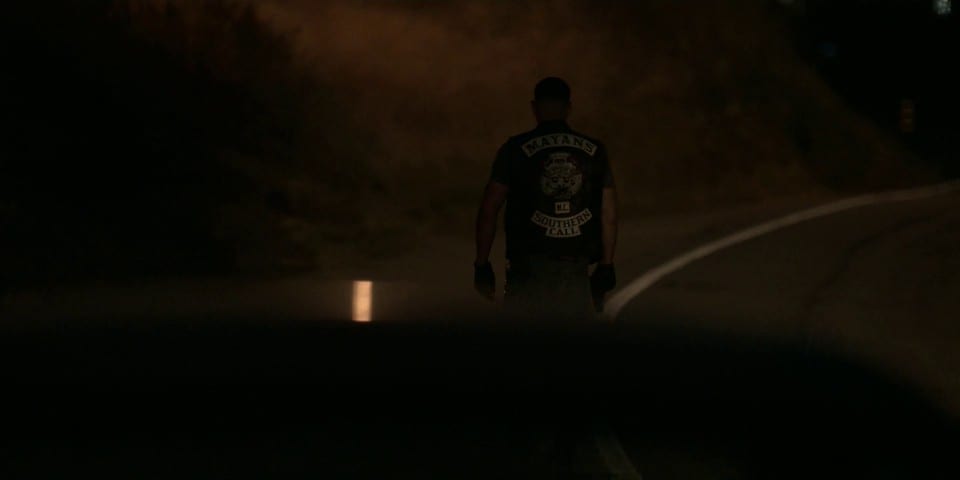 Hope arrives to meet Coco at his home. But for Coco, he is waiting for the drugs rather than her. Officer O’Grady arrives at the motel and takes Ramos away, leaving the others arrested. While O’Grady takes Ramos on a trip, EZ bumps out of nowhere riding on the bike and shoots Ramos down in the head while O’Grady is driving. After Ramos is finished, O’ Grady asks if his debt is over, but it doesn’t seem like it. Plus, even Adelita has ended the episode with her followers joining her by shaving their heads. The episode ends with EZ having family time with Gabby and Leticia finding Coco and his girlfriend passed out.

Also Read: What To Expect From Queer Eye Season 6?

Mayans M.C. Season 3 Episode 8 is releasing on 27 April 2021 and will air on FX at 10/9c. There are two more episodes until the third season wraps up. Mayans M.C. will receive new episodes every Tuesday following the eighth episode. The eighth episode of Mayans M.C. will also be available to stream on Hulu once it’s finished airing. You can also buy or rent it through video-on-demand services such as Amazon Prime, iTunes, and Vudu.

The official synopsis of Mayans M.C. Season 3 Episode 8 has not much despite the fact Miguel discovers something about his mother’s death. The preview although, reveals a lot about where the Mayan Civil War is going. Bishop is taking the war further and claiming the throne as the King of The Mayans. Furthermore, the drugs seem to be taking a big toll on Coco battling for life. Most importantly, Gaby will be finding herself in trouble as well because of the Mayan Civil War.

Also Read: The Mosquito Coast On Apple TV+: Everything We Know So Far