In 2015, Tilly officially started her career as a chef with the show Matilda and the Ramsay Bunch. 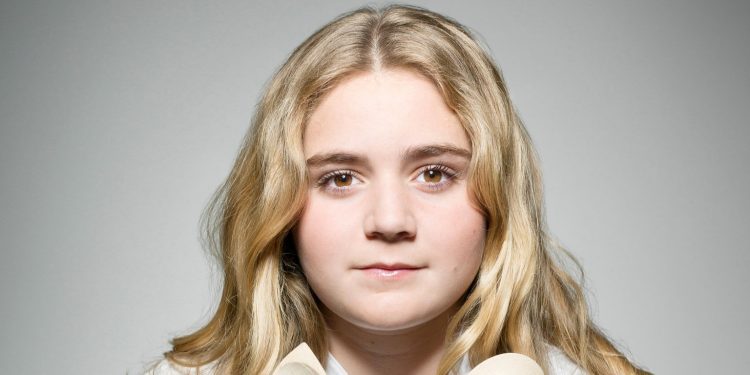 Matilda Ramsay is the beautiful teenage daughter of famous British chef, restaurateur, and television star Gordon Ramsay. Having a knack for cooking, she started his father’s career path at an early age. People are getting interested nowadays in Ramsay’s love life and are eager to know who is Matilda Ramsay’s Boyfriend. She appeared on Gordon’s Masterchef Junior Show, an American television series about cooking competitions with children ages 8 to 13. Ramsay also remains part of the television cooking competition Hell’s Kitchen, which was initiated and hosted by Gordon. She thrived on creating her own humble image at such a young age by coming up with her own cooking show titled “Tillywood” on the BBC when she was about to enter her teenage year.

The famous chef Gordon Ramsay who is proud of his little daughter’s accomplishments at such a fragile age said it was just “interesting” to watch her cook and believed that Matilda had great cooking qualities. Subsequently, she carved a niche for herself with another popular program, CBBC’s British cooking entertainment show called Matilda and Ramsay’s Bunch. The show, presented by Matilda, accompanies her family on their summer vacation holidays while Matilda, the natural cook, creates some of the most delicious British and American dishes with her own unique twist.

Matilda Ramsay is currently in a relationship with Seth Mack. Ramsay‘s boyfriend is active on Instagram with the username Seth.v.mack. During Valentine’s Day, she shared a snap of them together on Instagram with the caption I Love You. Matilda Ramsay’s Boyfriend, Seth Mack, is a tall and handsome man from London whose appearance is one of Tilly Ramsay’s Instagram posts sparked a mysterious relationship between the two.

It was rumored that Seth and Tilly had been together for some time and were seen enjoying their little moments at some of Tilly’s luxurious eating venues. Seth is a simple and humble man who manages to win Tilly’s heart in no time. All these rumors have piqued the curiosity of the fans, and they are very excited to learn the truth. Also, Seth is very good at sports and has played college football and taken part in athletics.

Matilda Ramsay was born as Matilda Elizabeth Ramsay in London, England, on November 8, 2001. Her father, Gordon Ramsay, was a famous chef, whereas her mother, Tana Ramsay, was a cookbook author. Matilda’s parents met for the first time in 1992 when her father was 26 years old, and her mother was only 18 years old. The two have dated for four years before tying the knots.

Her mother was also a former Montessori teacher who went on to make her appearance in her husband’s and daughter’s show, namely ‘MasterChef’ and ‘Matilda and the Ramsay Bunch.’ Matilda has three older siblings – the eldest sister Megan and the twins’ Jack (older brother) and Holly (second older sister). She also has a younger sibling named Oscar, who was born on April 4, 2019. They all are of Scottish descent.

Matilda had amassed more than 962k followers on Instagram under the username (@tillyramsay). She has published 181 posts on the platform. While on Twitter, she has more than 8k followers and contains nine tweets only. On Twitter, she follows personalities like Victoria Beckham, Gordon Ramsay, and Ed Sheeran. She’s also active on Facebook but hasn’t updated anything since 2018. Her TikTok account (@tillyramsay) had more than 9.5 million followers and 106 million likes for her TikTok videos. She became famous with just 31 videos. She makes an estimated net worth of $1 million. Her TV host earnings range from $35,000 to $201,000. Whereas her father’s net worth in 2021 is estimated to be around $65 million.

Matilda, the charming little daughter of renowned chef Gordon Ramsay and the youngest member of the Ramsay family, showcased her cooking skills from an early age. Ramsay is also known by her nickname Tilly. Inspired by her father, Tilly first appeared on Channel 4 through her father’s television show The F Word, along with her sisters and brothers. She then made her second appearance on television during the second season of the show. Also, she began performing with her father on shows such as MasterChef Junior and Hell’s Kitchen.

In 2015, Tilly officially started her career as a chef with the show Matilda and the Ramsay Bunch. She shared the screen with her father on the British cooking show CBBC. The program, which aired on April 1, 2015, was specifically aimed at children. In 2018, the television program ended its five seasons with 41 episodes. She used to prepare healthy meals on a 15 minute TV show. In 2018, she made her appearance on the British television program This Morning. On the show, she appeared in the Little Chef Big Chef segment along with his father. Prior to that, she only made her appearance as a guest in the previous series of shows.

Beyoncé’s Relationship History: The Timeline of Her Love Life