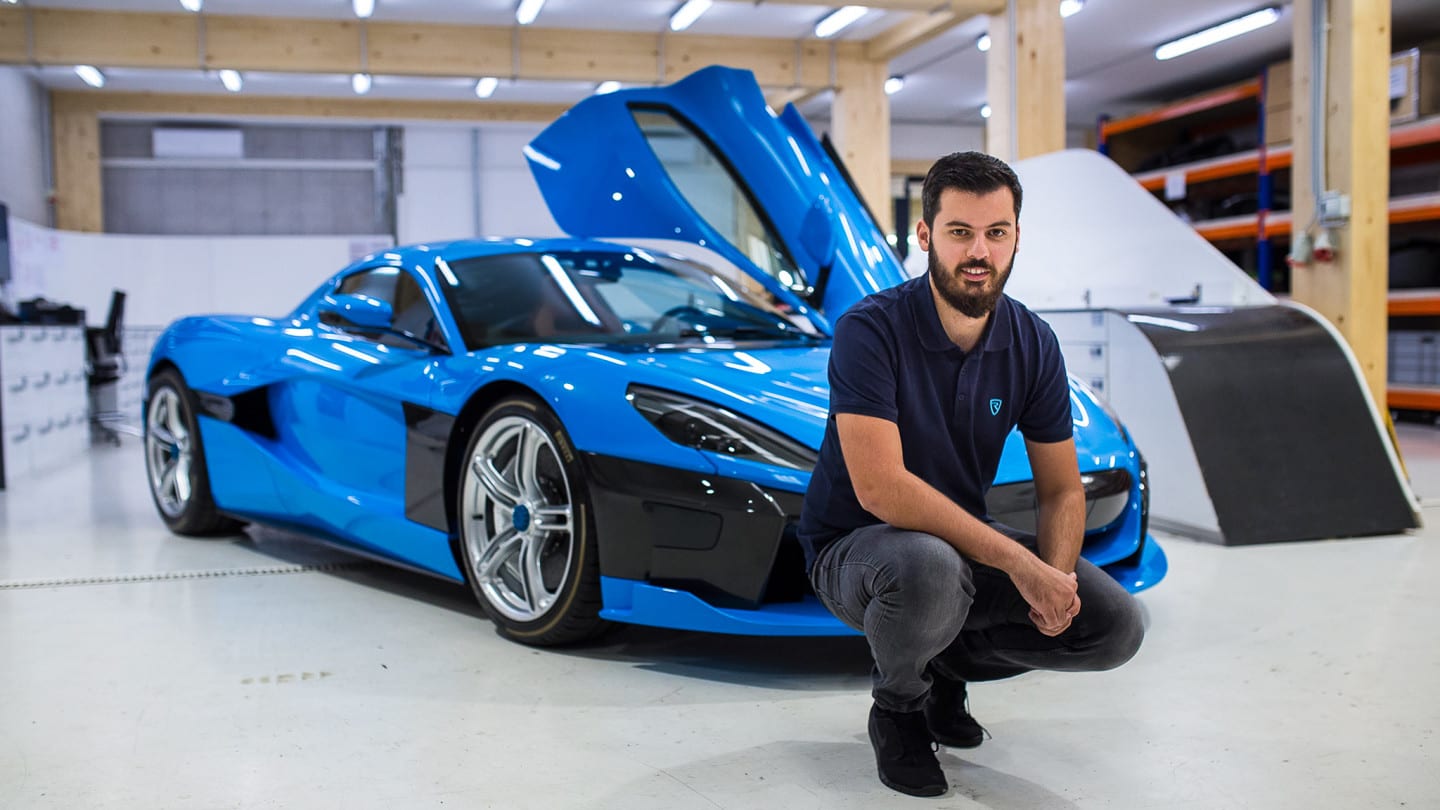 Mate Rimac is a 33-year-old Croatian Innovator, Entrepreneur, and the Founder of the Rimac Automobili and Greyp Bikes Companies. His company began in 2011 with only a handful of employees, and in 2020 houses about 900 employees. He has since then been included in the Top 30 Under 30 list of Forbes in 2017 for being one of the best entrepreneurs under the age of 30. Rimac has also been featured in Motor Trend’s list of Biggest Players in the Auto Industry, receiving 9th place. In the same year, he also received the prestigious award of being the Croatian entrepreneur of the year.

In his high school alone, Rimac won many competitions – local, national, and international as well – for science projects involving electronics and innovation. Rimac broke several records at the age of 19 by converting an old BMW to an electric car. He created his first all-electric supercar at the age of 23. He is currently known for working with Porsche, Hyundai, Kia, Renault, Jaguar, Aston Martin, etc. Rimac is proud of his nationality and of his ethnicity. He had received many offers to move his company out of the country, which he resisted. 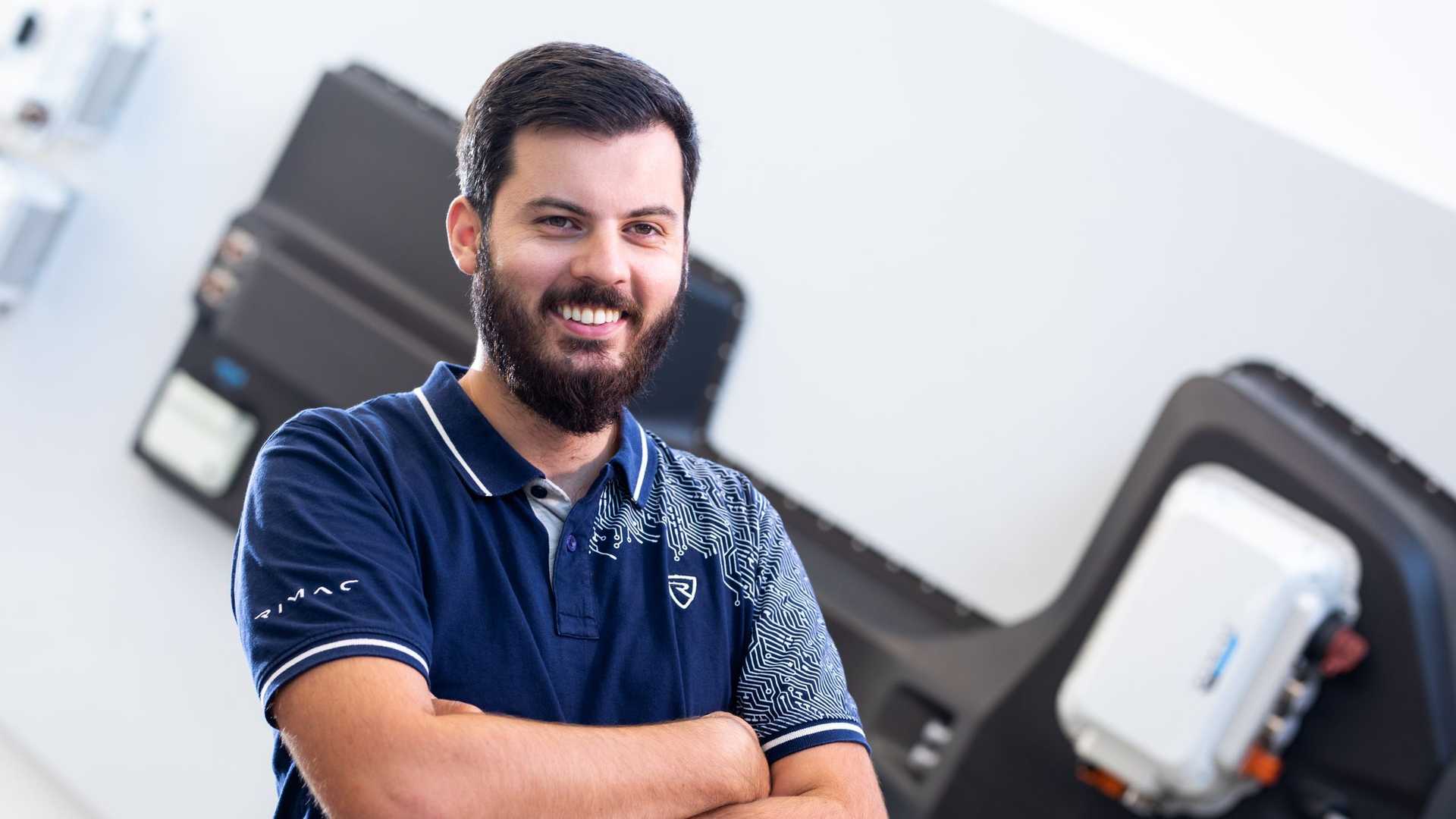 Also Read: Adam Vinatieri Net Worth: How Much Did The NFL Player Make?

Rimac was born in Bosnia and Herzegovina to Zdenka and Ivan Rimac in 1988. Due to the war, they moved to Germany until he was 2000. After he moved back, his father created his own real estate company. Ever since he was a kid, he was known to be an innovator. He was fascinated with cars and technology. He wasn’t great at school, so he didn’t have hopes of becoming successful, but when he competed at various competitions – national and international, he always won. In 2005 he made a glove which he called the iGlove. It was a replacement for the computer keyboard and mouse. Mate won many prizes for electronics & innovation in South Korea, Germany, Belgium even before he was 18. 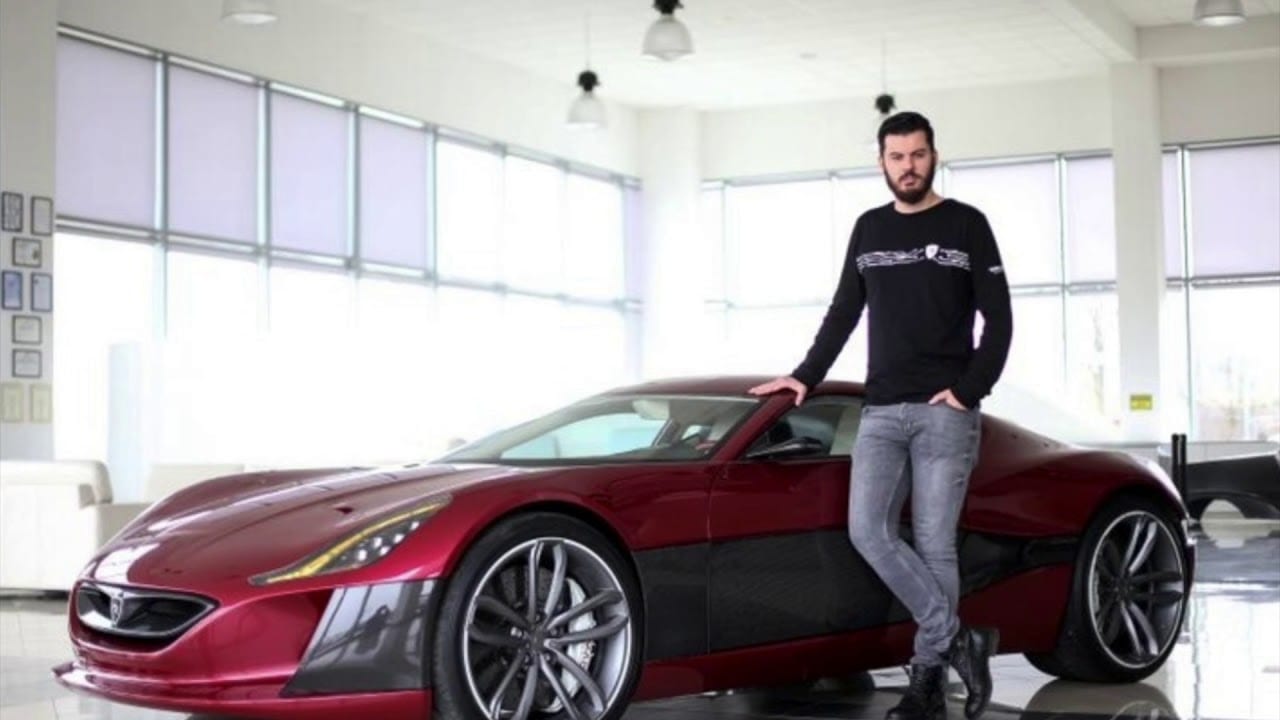 As he was very interested in Racing, he raced with the cheapest car – a model of BMW 1984 and turned it into an electric car.  He was very much influenced by Nikola Tesla. After a lot of upgrades, the car became very fast, won a lot of races, and this is how he gained attention. Thus, after seeing the advantages of an electric car over a normal gasoline car, he decided to start his company when he was only 21.

Also Read: Geraldo Rivera Net Worth: How Much Does The Famous Lawyer Earn?

Mate Rimac: How His Career Began? 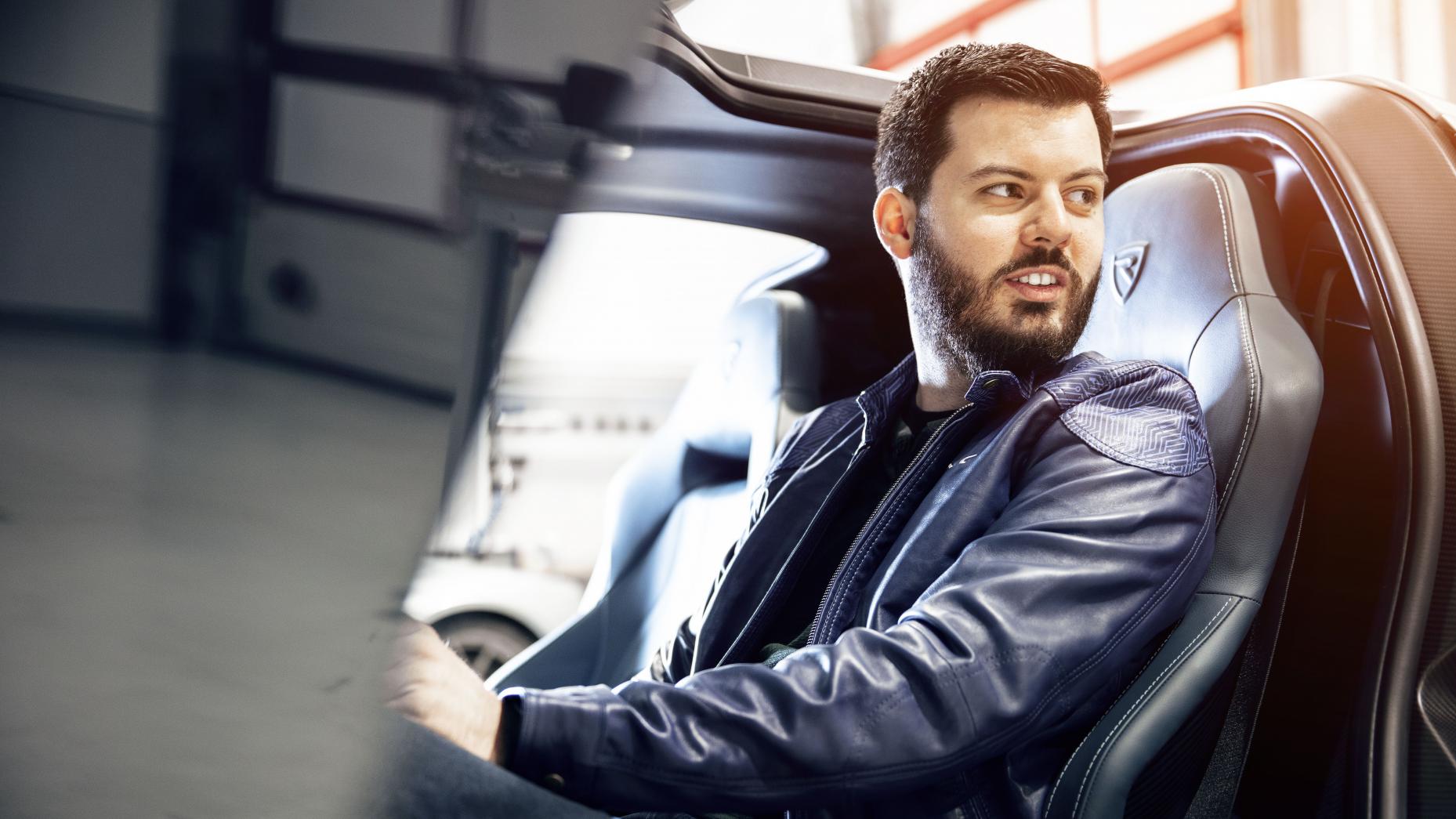 Until 2011, the company had no employees. When Adriano Mudri met Mate in 2010, they decided to start on an electric car together. Mate was only a university then, and Adriano was working for another company, so they worked during nights and weekends. Right around then, the Royal Family got interested in Mate’s electric cars and wanted to buy two cars. He had no real company, no employees, and no resources. He had to turn them away, but they agreed to invest. Thereafter, he made a business plan and received investments from potential investors. Some people joined as first employees. Although after some time, the investors weren’t satisfied with the terms and pressured him to move the HQ of his company to the Middle East.

Even though he had basically no salary to pay and no money to get resources, he still refused. He lost his only inventors, but now, Mate recalls the incident as one of the best things he has ever done. But he struggled to keep the company afloat. He started to work with other car companies and built components for them while producing his supercars and trying to attract investors. Mate Rimac wanted to show people that it was possible for a Croatian to own an indigenous car company in Croatia. He was told many times to give up. Rimac’s first model, Rimac Concept_One, was shown in the Frankfurt Motor Show, 2011. Adriano has worked with Rimac ever since and now holds the position of Director of Design. 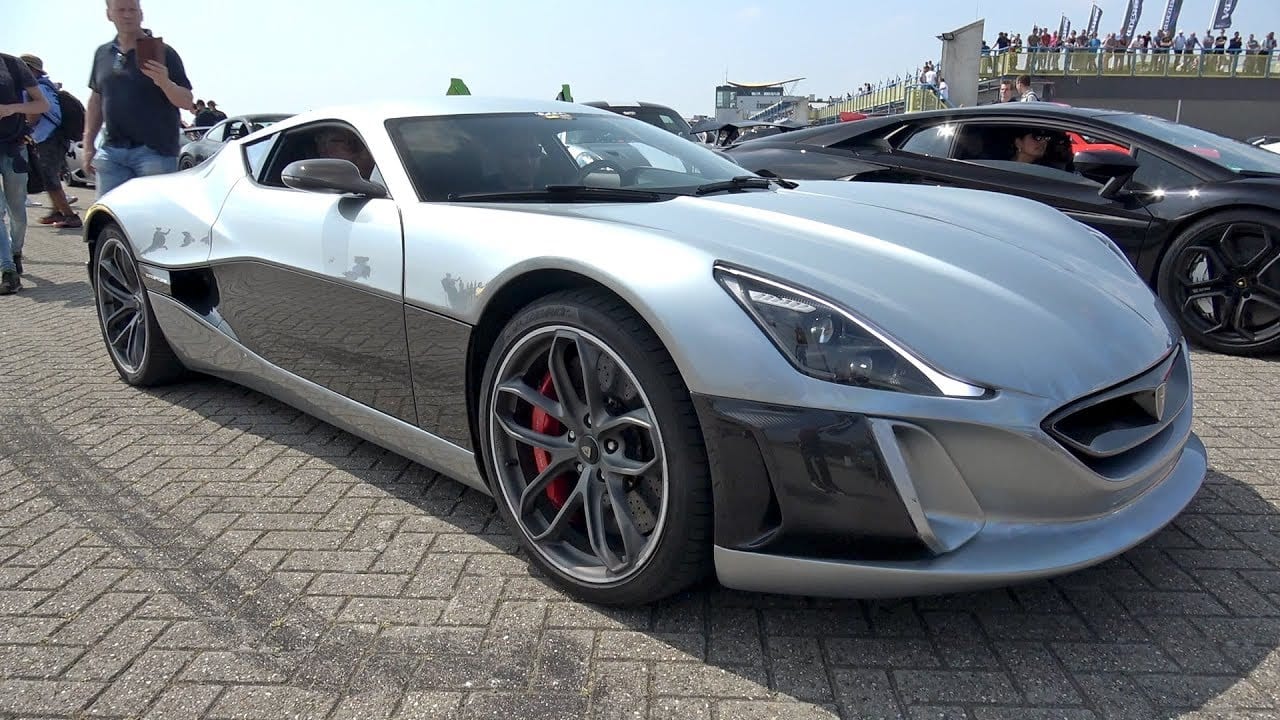 In the initial years, they were always right in the middle of success and bankruptcy, but eventually, they grew and got investment from companies like Porsche and Hyundai, etc. His company is now on a rollercoaster that only goes up. In 2018, the RIMAC C_Two was unveiled at Geneva Motor Show.

What is Mate Rimac Worth?

The 33-year-old, who is barely older than his new country, Croatia, can be basically called the founder of the Silicon Valley of Croatia. He is often compared with Elon Musk, the founder of Tesla. Rimac’s Concept_One is the world’s first electric supercar. His income is entirely from his own company. It was estimated that Mate Rimac’s net worth is somewhere around 1 Million US Dollars to 5 Million US Dollars. The Number should have increased a lot since then. His current net worth is not disclosed. 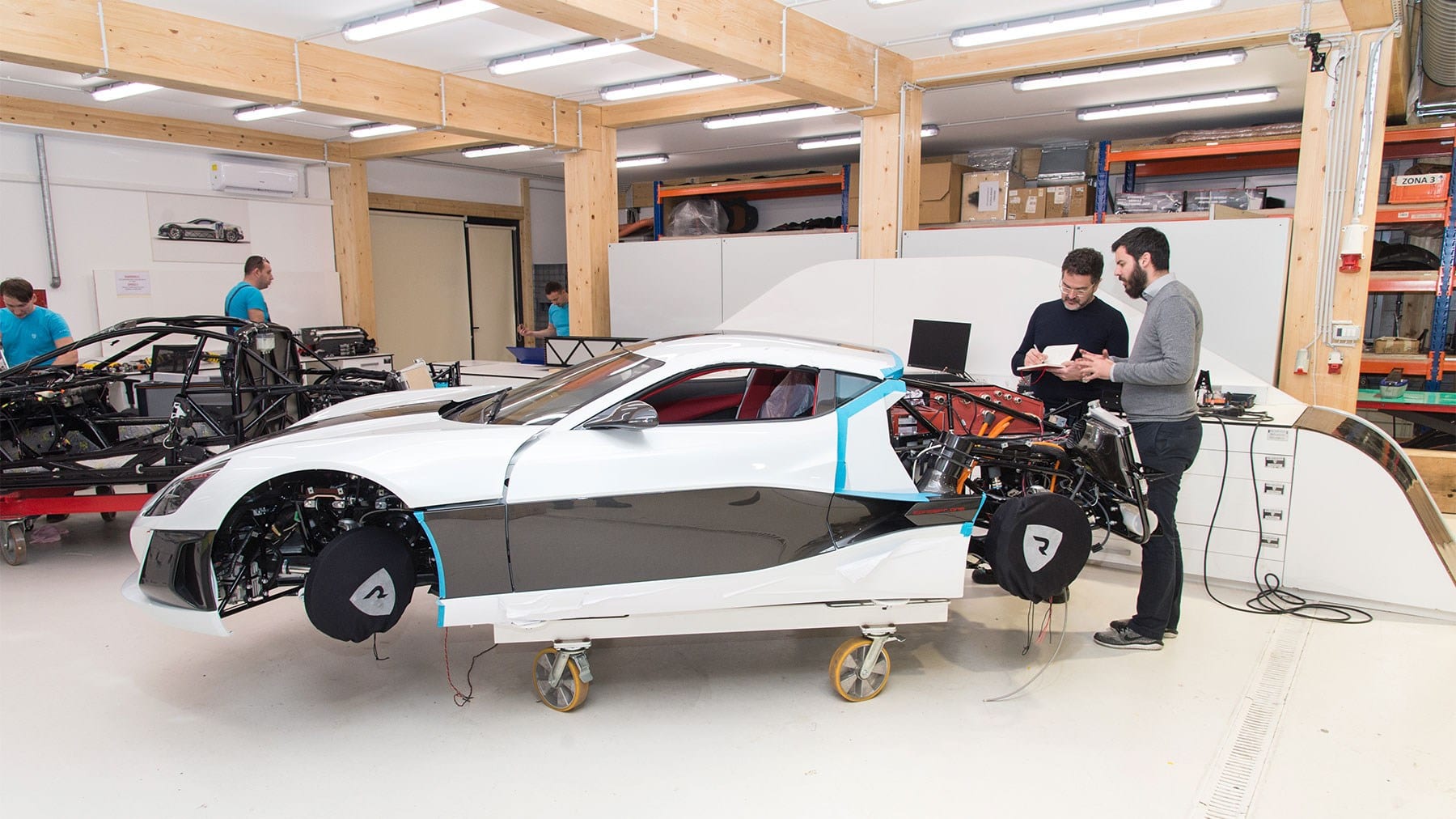 Also Read: Liam Hemsworth Net Worth: How Much is The Star Actor Worth?